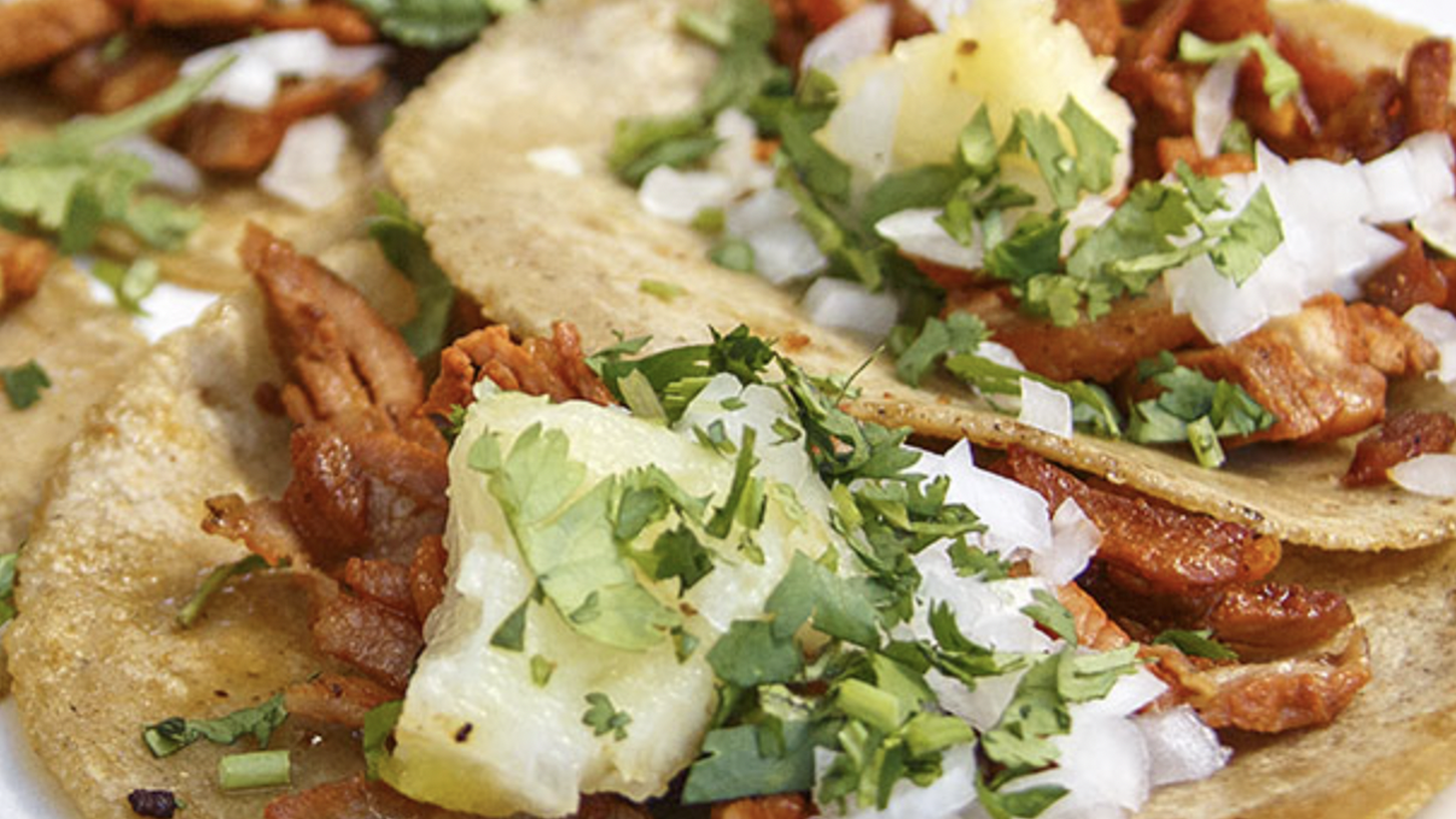 It’s usually an out-of-town friend who spurs an LA taco crawl. But if I’ve got the itch for tacos and don’t want to drive all over Southern California to taste a variety of our most essential food, I go to Mercado la Paloma, a food hall in Historic South Central near USC, for what I call the taco trifecta.

Once I make my way south of Exposition to Grand Avenue, I park my truck for the one-stop taco crawl. After I’m stuffed, I often make my way to the nearby Exposition Park rose garden to digest amidst the blooms.

Mercado la Paloma is a project of Esperanza Community Housing Organization. In response to historic disinvestment in the area, the former garment factory was converted with a lot of community engagement into a bustling gathering place where local residents can partake of a variety of food and shopping options. Diverse non-profits have meeting spaces upstairs. 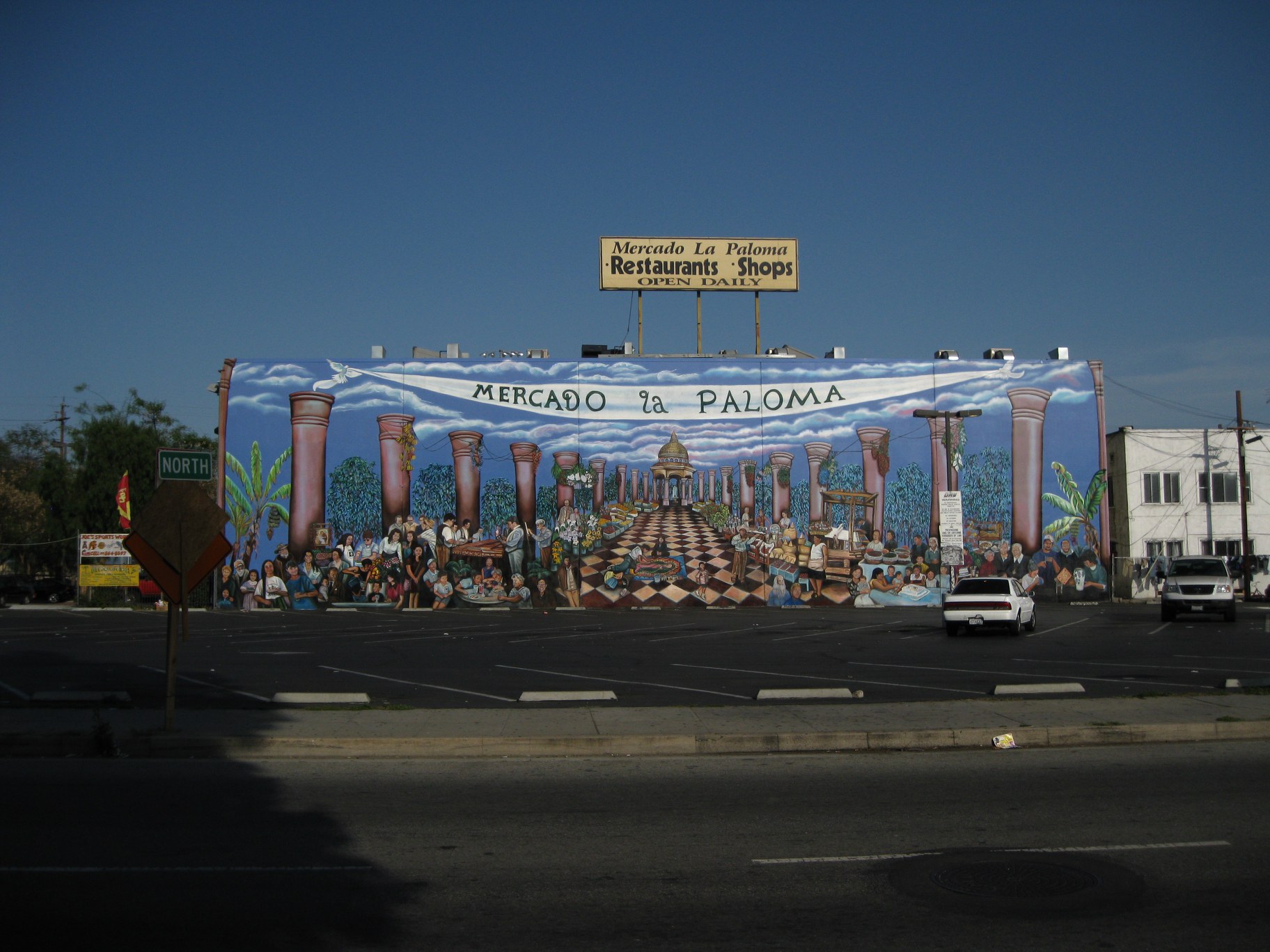 Once a former garment factory, Mercado La Paloma is now a bustling food hall and gathering place. Photo by Sierra.

What you should order

Since you’re having a multi-course meal, start light with the famed scallop taco at Holbox, Gilberto Cetina’s Michelin-recognized stand known for Mexican fish and seafood dishes. Holbox is named for the Mexican island north of the Yucatan peninsula. The taco features a seared Maine diver scallop, caramelized onions, and marinated fennel. It’s finished with x’catic sauce made with the long, yellow, not-so-spicy Yucatecan chile. You’ll look at the menu and want more, but that’s for another day. 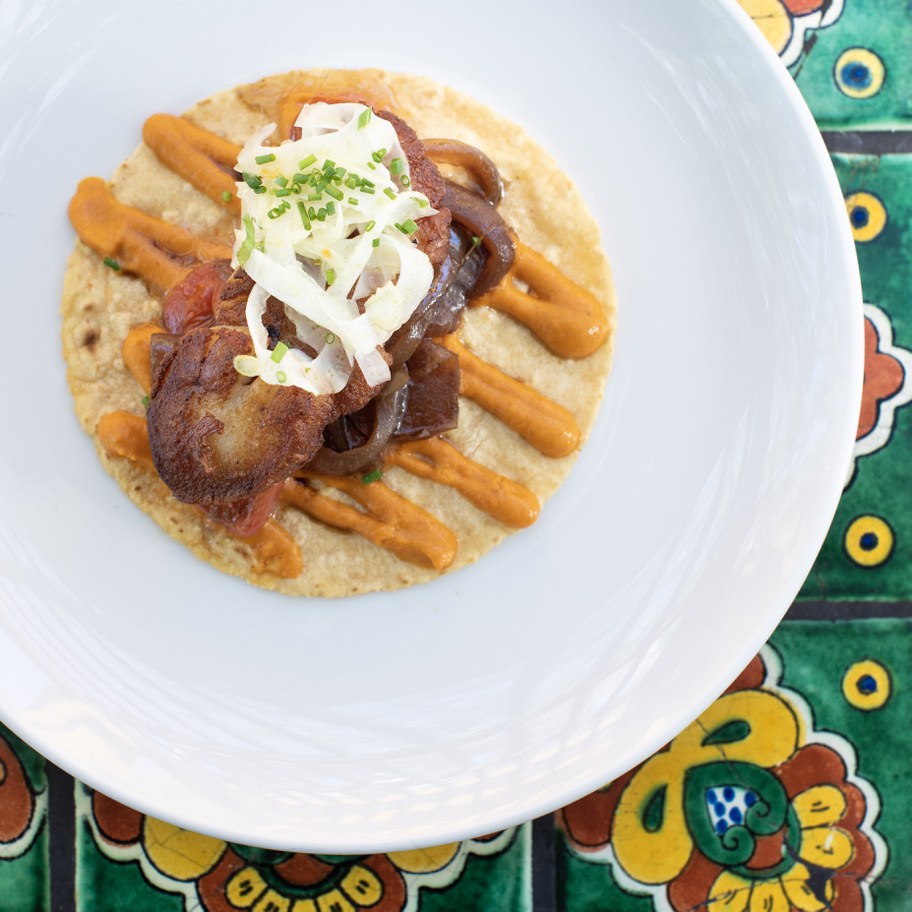 This scallop taco is from fish-and-seafood-focused stand Holbox at the Mercado la Paloma in Los Angeles. Photo courtesy of Holbox.

Next up, head to Taqueria Vista Hermosa, where third-generation al pastor maker Raul Morales sets up the trompo. Order one single al pastor and savor every bite.

Our last course will be at Chichen Itza, where Chef Raul Cetina (Gilberto’s dad) presides over a fantastic Yucatecan menu. We’ll splurge and get the trio Yucateco, the three most popular tacos and taco-like treats. Panuchos and salbutes are so delicious, and you should know about them. Panuchos are made with a fried tortilla which is split and then stuffed with black bean puree, topped with lettuce, shredded turkey, pickled red onions, and a slice of avocado. Salbutes, which are cousins to panuchos, also begin with a tortilla which is topped with shredded lettuce and turkey, and garnished with pickled red onions, tomatoes, and a slice of avocado. 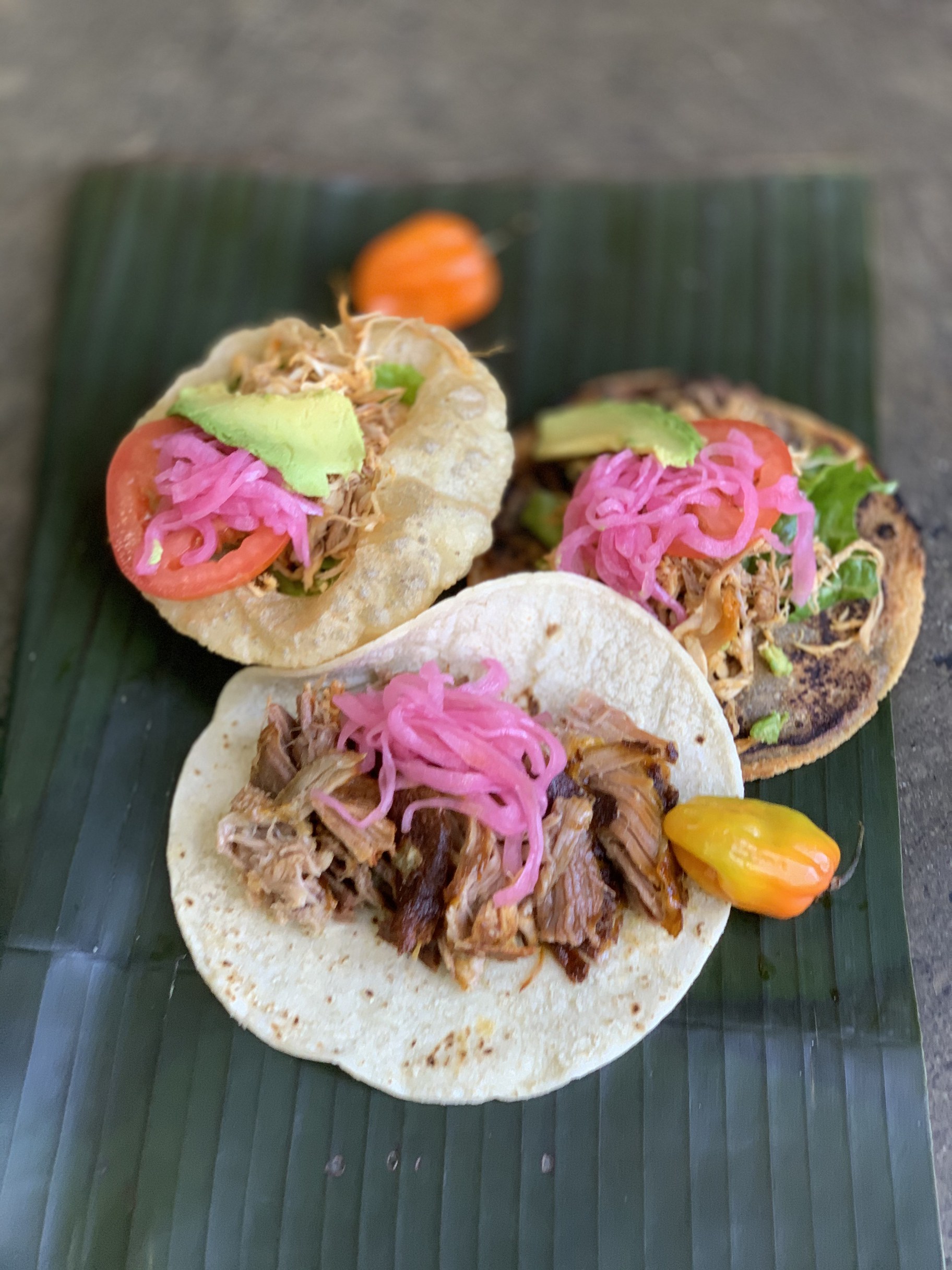 This Yucateco trio consists of a salbute, a panucho and a cochinita pibil taco. It’s from Chichen Itza at LA’s Mercado la Paloma . Photo courtesy of Chichen Itza.