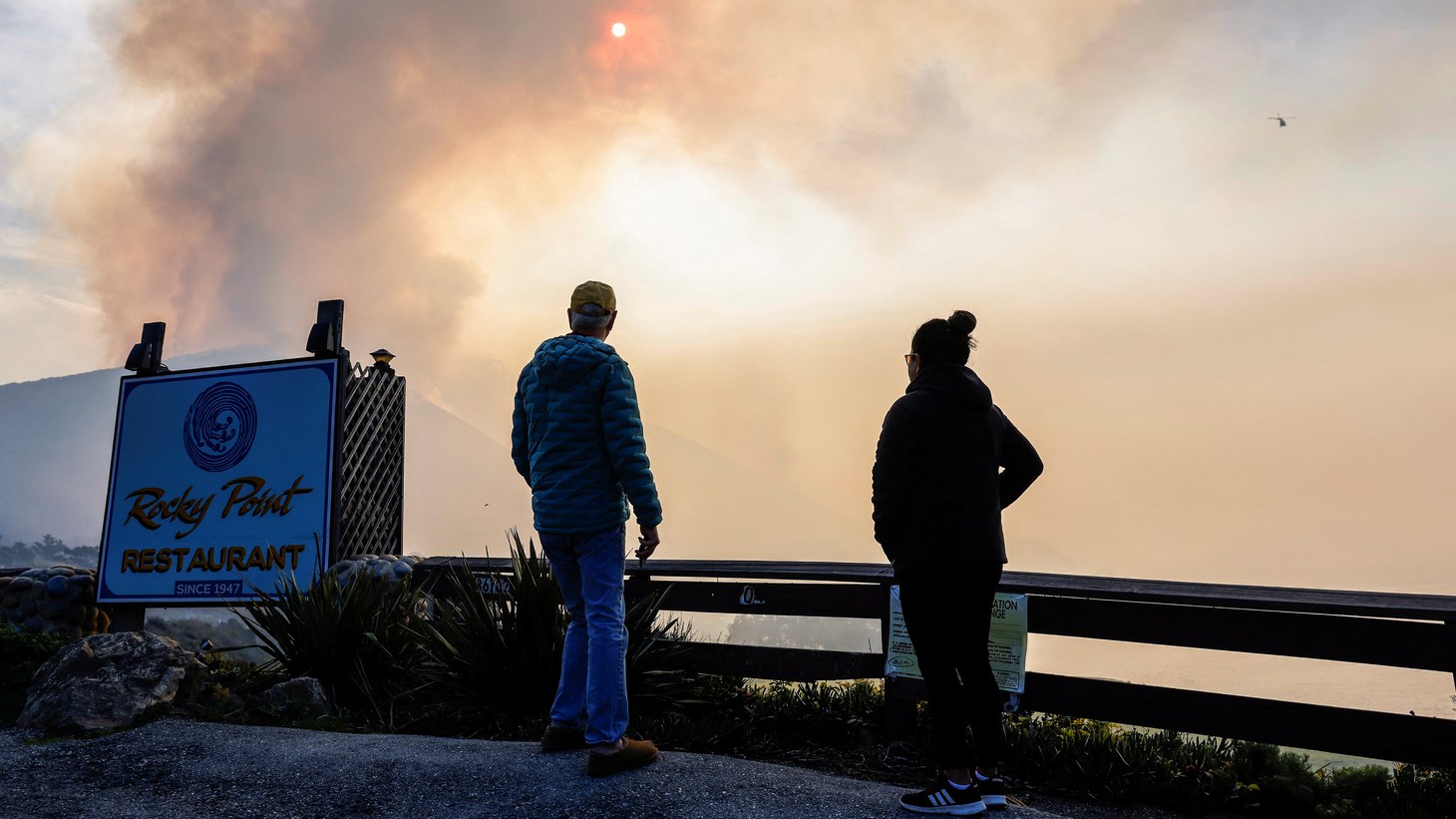 Vice President Kamala Harris recently unveiled a $600 million plan to help California recover from wildfire. She says the aid is part of a $1 billion commitment from the federal government to help communities nationwide restore forests and repair damaged infrastructure. Within hours of the announcement last week in San Bernardino, the Colorado Fire broke out in Big Sur, shutting down parts of Highway 1 and forcing hundreds of evacuations in Monterey County, despite recent rain. As of noon today, it’s burned 1,000 acres and is 35% contained.

It’s unusual for this kind of fire to start in January along the coast, but it’ll be more common to have this overlap of dry weather and offshore winds in the fall and winter, and that’s where danger occurs, says Michael Wara, director of the climate and energy program at Stanford University’s Woods Institute for the Environment.

He points out that California is still deep in drought, and it’s particularly concerning that so far, not much mountain snowpack has accumulated, which is supposed to keep the state stable through the dry season.

With severe drought, Wara says residents must continue thinking about water conservation. “We are not, by any stretch, out of the hole when it comes to the drought situation. And so I think it’s prudent for water agencies to still be planning based on what they have at hand, and not by what or may not fall out of the sky over the next several months. It’s just not clear anymore what normal is in terms of wet season precipitation. The main thing that does seem to be clear is that we’re getting more intense and frequent storm events.”

As for the federal money that Vice President Harris announced for California, it will go toward forest restoration work, post-fire cleanup, and the removal of so-called hazard trees, he explains.

“This money is more likely to be devoted to post-fire activities as opposed to what I think of as pre-fire activities, the things that we need to urgently do as a state and also the federal government needs to do … to reduce the risk of catastrophic fire.”

He adds that it’s important to remember that fire is natural in many parts of California, and it keeps forests healthy. “Part of the problem we’re having is we’ve excluded wildfire for 150 years, and now it’s coming back to bite us because of climate change. So we need additional money and additional activity to prepare the forests that haven’t yet experienced these catastrophic fires, so that when fire does occur in those forests, it’s healing rather than destructive.”