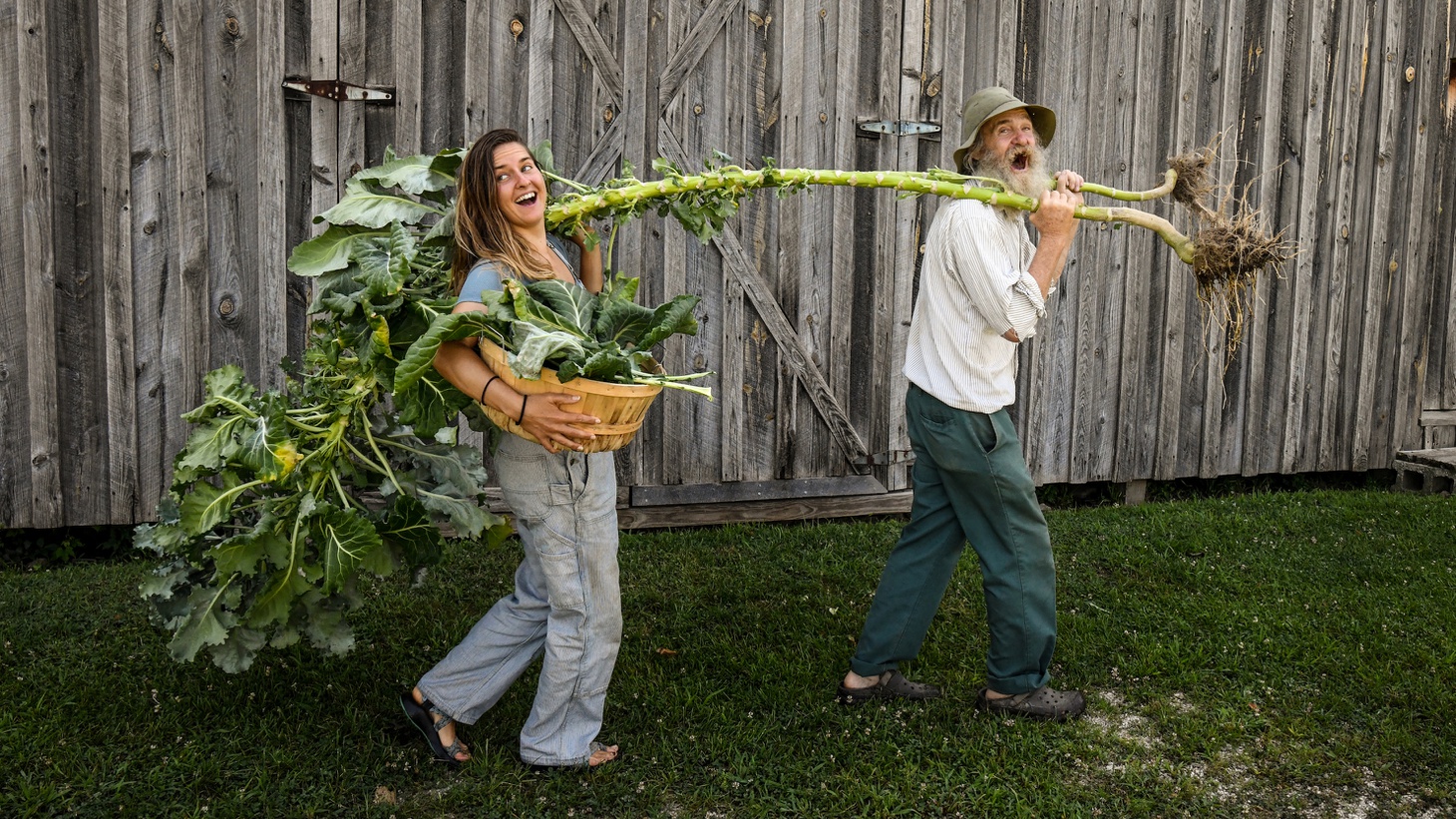 Missouri-based seed catalog and retailer Baker Creek was founded by Jere Gettle as a hobby. Raised on a homestead in the Ozarks, he started gardening at age 3 and learned to read by poring over his parents’ collection of antique seed catalogs. His affinity for seed saving grew into a retail business, which publishes its own Whole Seed Catalog for heirloom open-pollinated varieties of seeds for home gardeners. Horticulturist and garden writer Shannie McCabe contributes to the catalog, which spans nearly 500 pages this year, and details the stories and history of the seeds offered, as well as growing information.

The company ships out hundreds of thousands of seed packets a year, including this year’s cover star, the Black Strawberry tomato. Purple, green, and yellow, it’s a recently introduced variety that McCabe describes as “gorgeous and galactic with a bold flavor.”

McCabe discusses some of this year’s standout varietals and what it takes to assemble and publish the massive annual seed catalog.

KCRW: Tell us about the process of putting together the catalog each year.

Shannie McCabe: First of all, let's just talk about the size. I think it was up to almost 500 pages this year. It ranges anywhere between about 365 to 490 pages. And what it really is is an homage to everything we love about that middle of winter time when we're just dreaming up our garden. It's filled with recipes, stories, and histories of the various heirloom varieties that we offer in the catalog, as well as lots of growing information [and] really high quality photos.

The founder and owner Jere Gettle always loved that part of the gardening process, when you're sitting in the winter circling what you want in the catalog and just dreaming and using your imagination to paint a picture of how you want your garden to look this spring. So that's what kind of prompted him to put extra effort into making the catalog something that's really enjoyable and that you want to spend a lot of time going through. 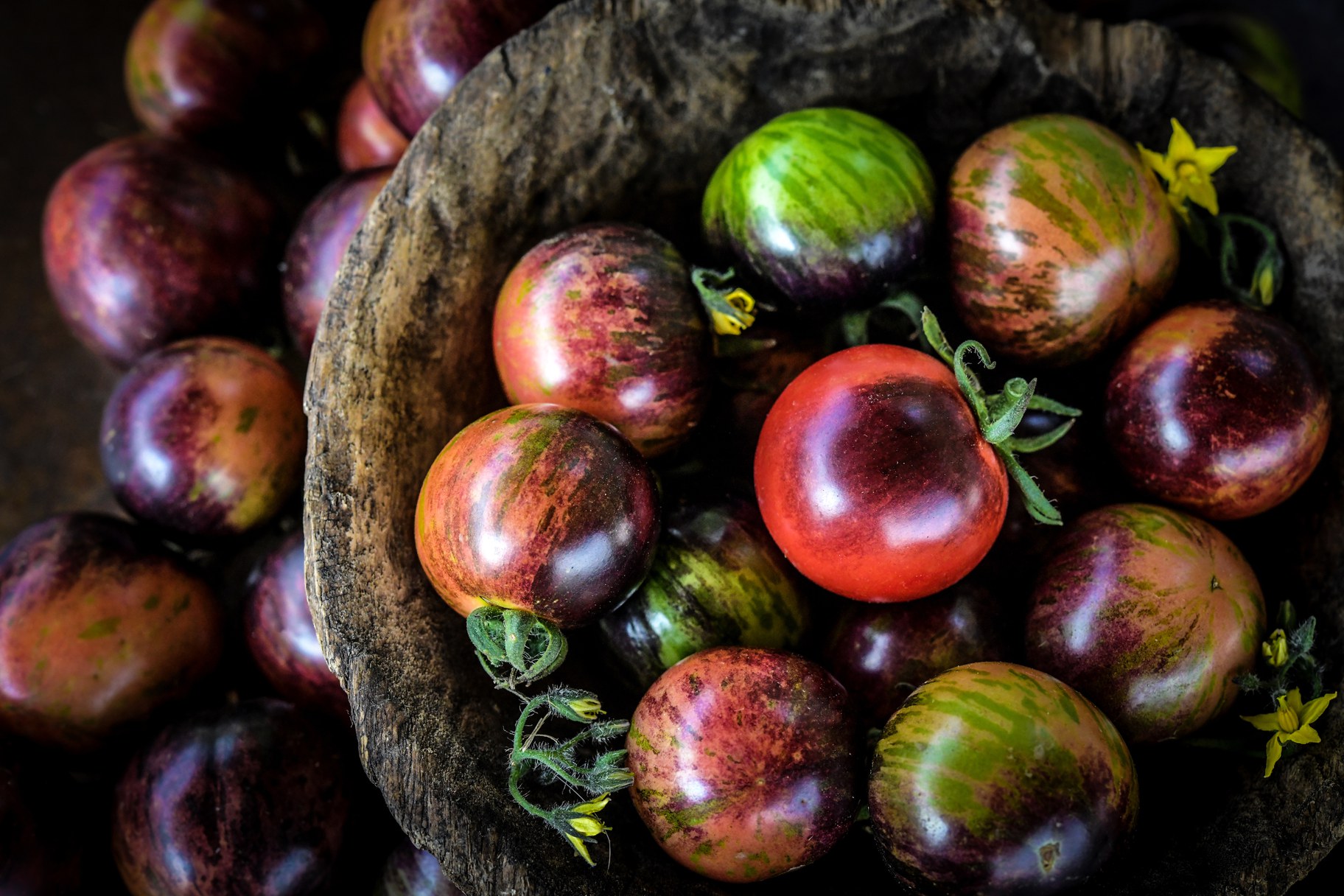 Could you describe the cover of this year's Whole Seed Catalog?

It's the Black Strawberry Tomato, [which is] a newer innovation as far as heirlooms go. This is a more recently introduced heirloom, open pollinated variety. When we think of tomatoes, we think of red, round, maybe grocery store tomatoes. They taste a little bit like cardboard if you eat them out of season. This is the complete antithesis. This is a more fantastical looking tomato and the flavor really is really bold and delicious.

What plant has the most varieties represented in the seed catalog?

I would say tomatoes, probably. And then we do have a lot of squash. Squash is so much fun. 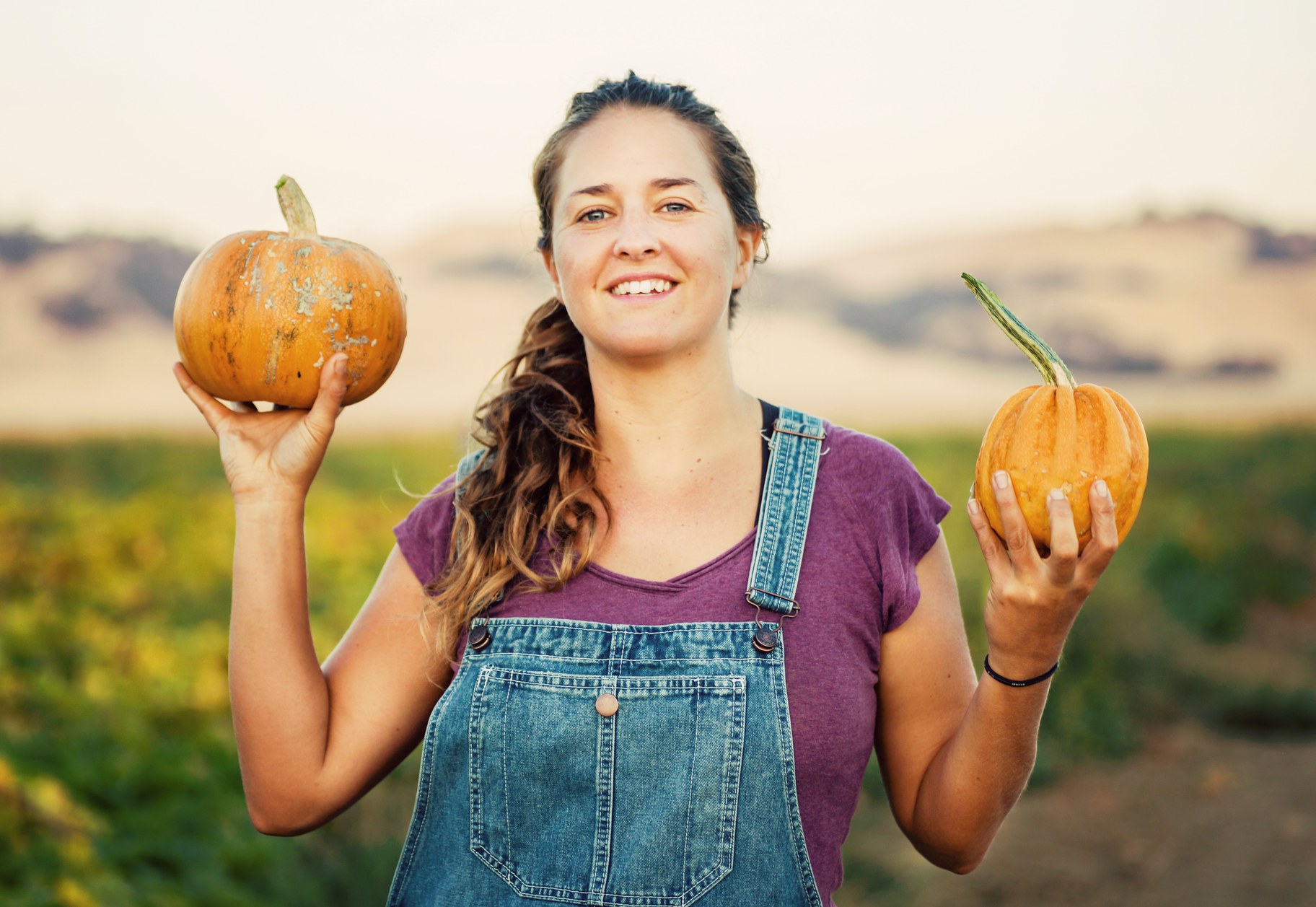 Tell us a good squash story.

I have a real passion for squash because it has taken so many different shapes, flavors, and faces, depending on who is growing it, what region it's grown in, and what culture [or] culinary history has made its mark. Squash is native to the Americas the Narragansett native tribe, up where I'm originally from near Rhode Island. The original name was askutasquash. It was used for myriad different ways. The flesh was eaten, the seeds were eaten — they actually have an anti-parasitic quality. Even the skins were dried and made into things like mats or plates to eat off of.

Then it hitched a ride with the conquistadores to Europe in the late 1400s and early 1500s. It arrives in Austria, and Austrians find that they have a real affinity for the flavor and texture of pumpkin seeds. So they start selecting for squash that have a larger seed cavity and have a higher seed count. And then one lucky Austrian farmer … found a mutation where there was little to no hull or seed coat on the seeds of that pumpkin variety. And that was the beginning of the naked-seeded pumpkin. These are those little green pepitas that you find in the bulk bins at the health food store. And so this farmer selected and perfected that variety. And now there are several naked-seeded pumpkins and naked-seeded squash that are available that are from the Styria region of Austria.

My favorite variety is one called Lady Godiva, which is a play on the fact that they're naked-seded. It's kind of an ugly pumpkin on the outside. It's got this mottled green flesh. But you cut it open and the cavity is chock full of these beautiful dark green pepitas, and they require very minimal processing. You can eat them raw right out of the cavity or you can dry or toast them. And squash seeds are so good for you. They're incredibly nutritious. They're high in tryptophan, which helps you to fall asleep at night. They're anti-parasitic. So squash seeds are fantastic.

And I love that the squash or the pumpkin took a totally different turn when it made it to Austria. In Austria, they're also very famous for pressing the pumpkin seeds into a really high quality oil. It's kind of like a finishing oil. They'll drizzle it on top of salads. It's really lovely. It's got this dark green color. 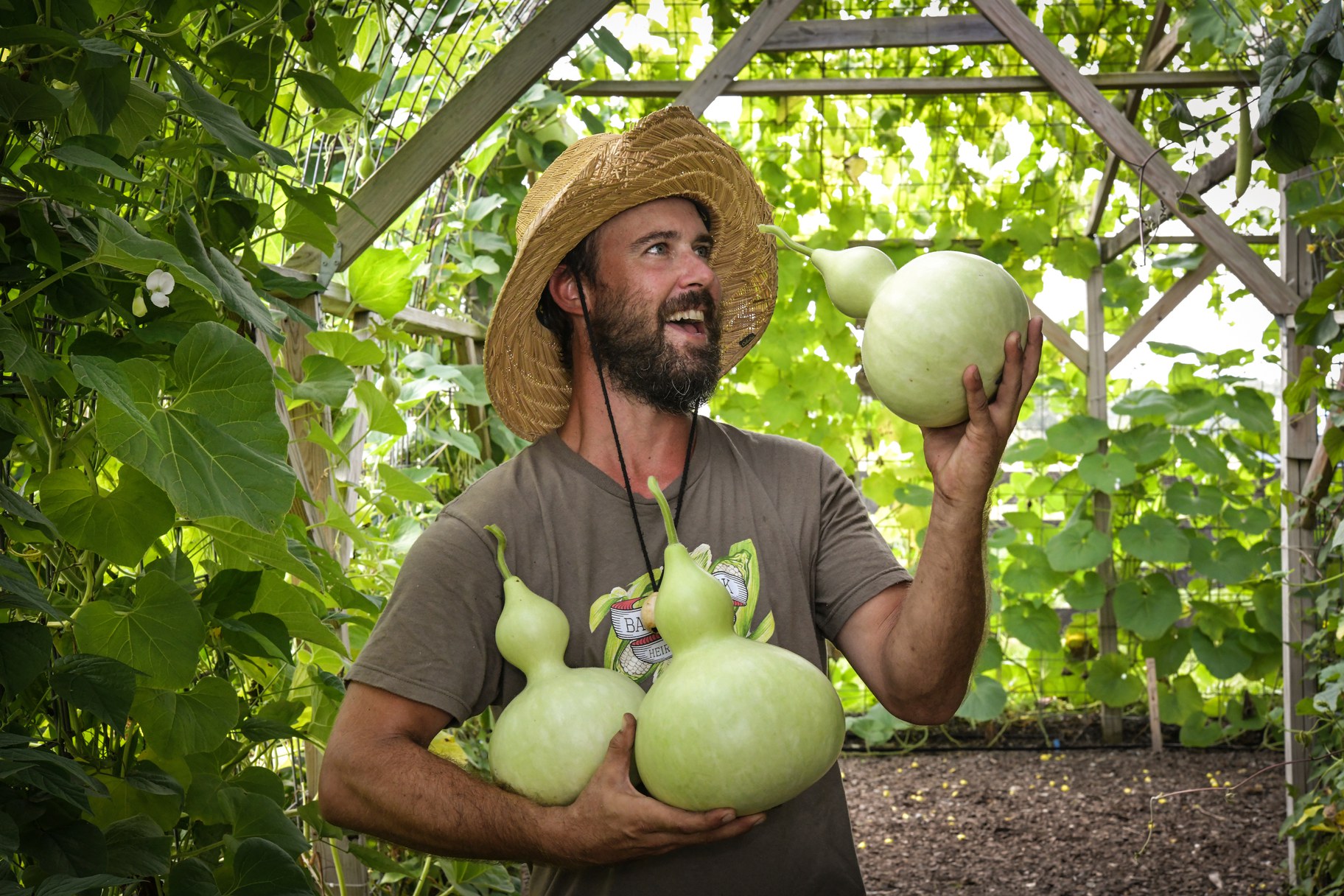 Where else in the world has the pumpkin made its mark?

In Japan. I love what Japanese farming and culinary culture did with the pumpkin, because in Japan the texture and flavor of chestnut is highly regarded in a culinary sense. So as Japanese farmers started to experiment with this newly introduced foreign crop of pumpkin … they really selected for that chestnut quality. So the flesh is very silky and crumbly and dry, and then it has this really lovely, sweet nutty flavor. So they call those “chestnut pumpkins,” and that would be something like a kabocha squash. There's actually a few different varieties of kabocha types and Japanese-type pumpkins that we offer at Baker Creek, and they all have that chestnut quality. It's uncanny. It's not the type of texture that you see in any other squash. 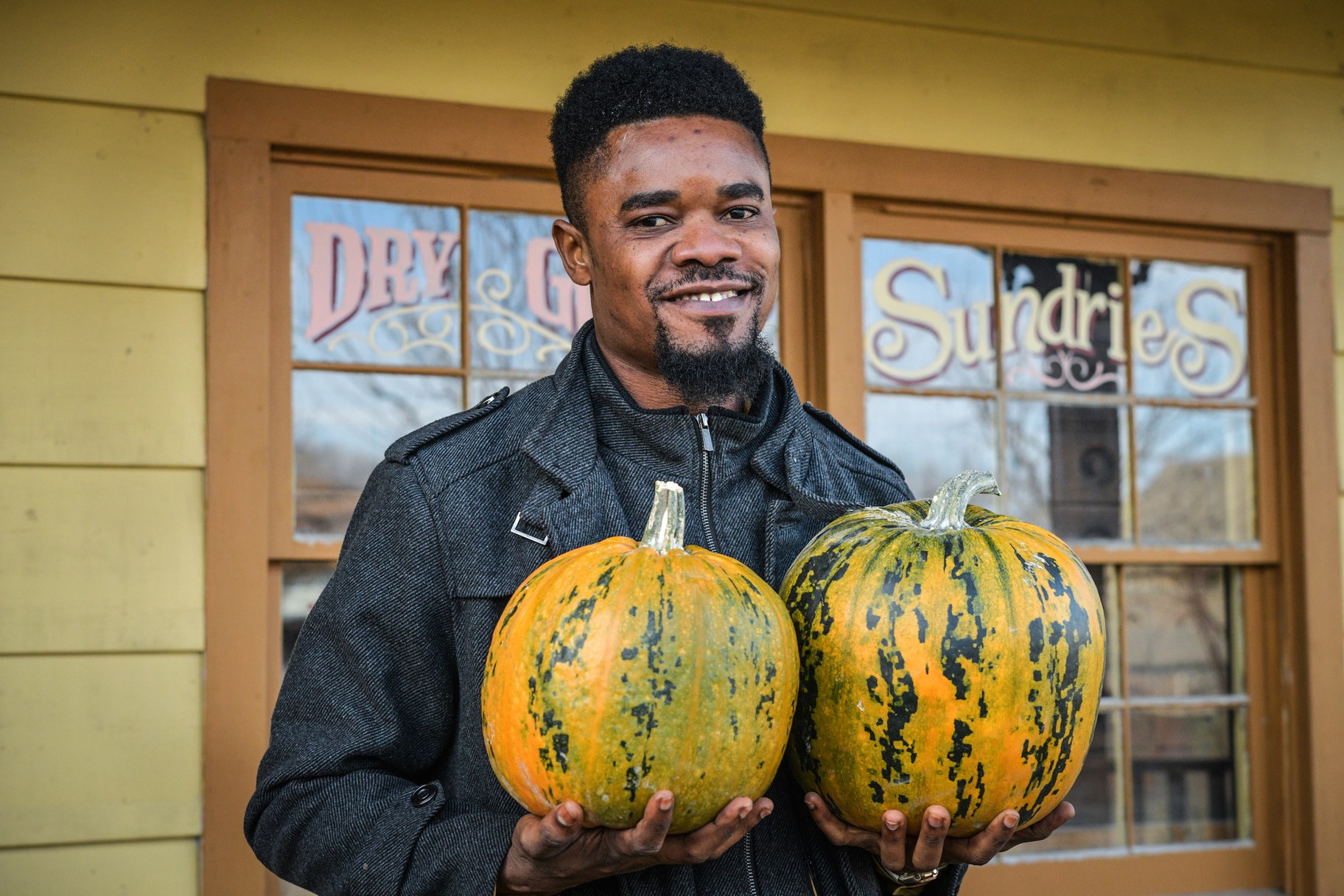 Solomon Amuzu produces many varieties of seeds for Baker Creek on his permaculture farm in Accra, Ghana. Here he is holding Kakai squash, a variety known for its hull-less seeds, during a visit to Baker Creek's Missouri farm in December, 2021. Photo courtesy of Baker Creek Heirloom Seed Co. / rareseeds.com. 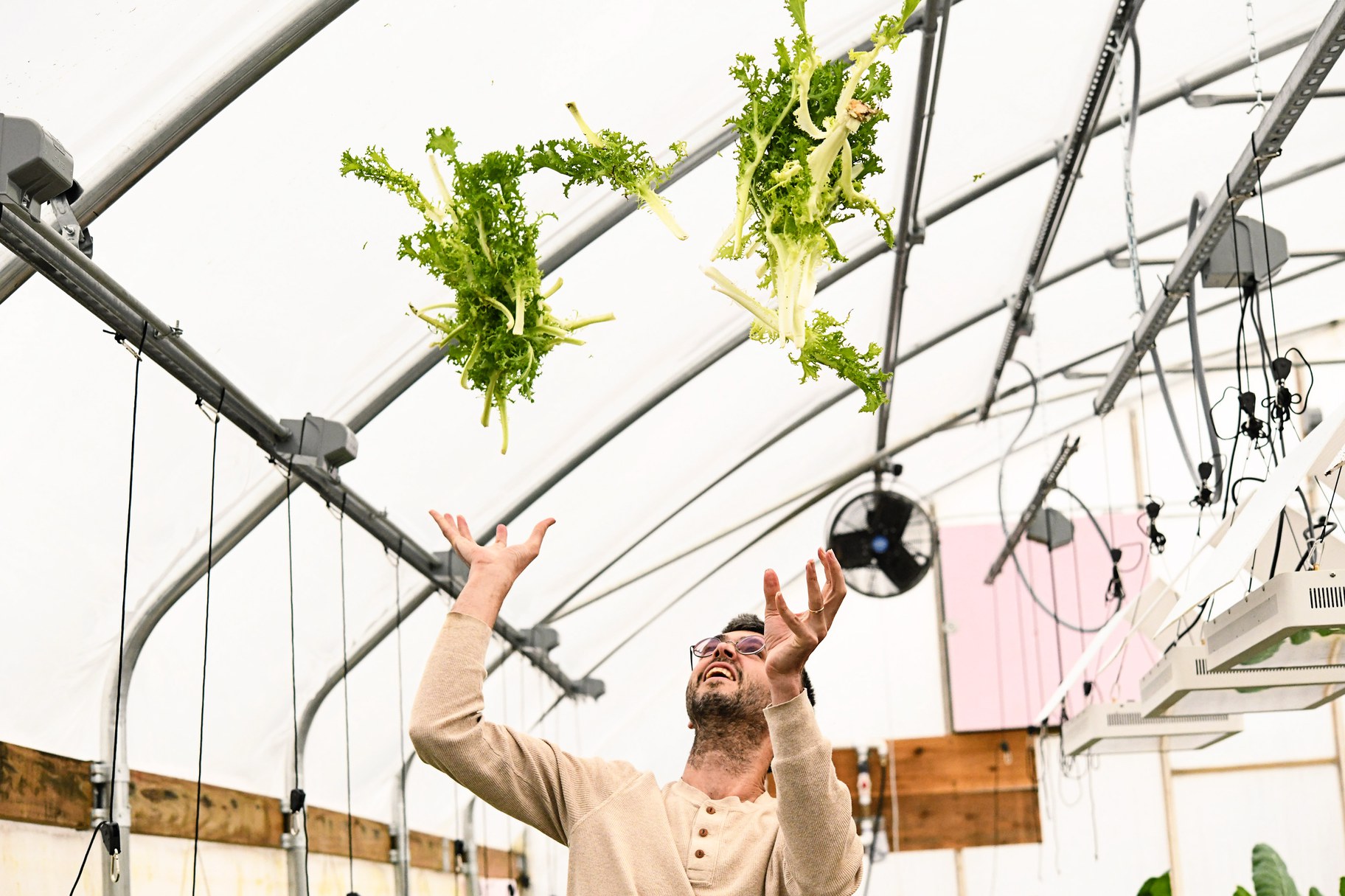 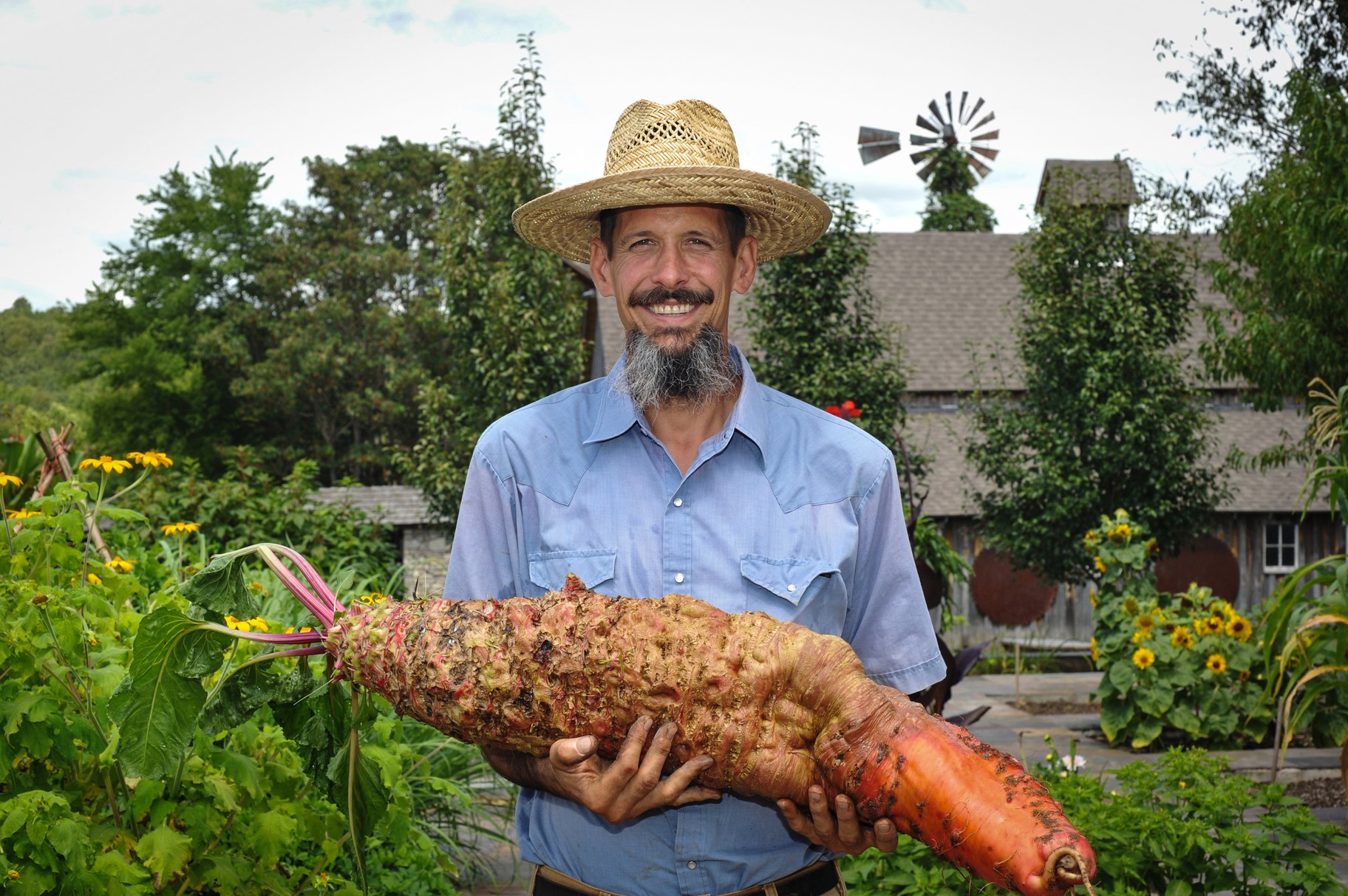 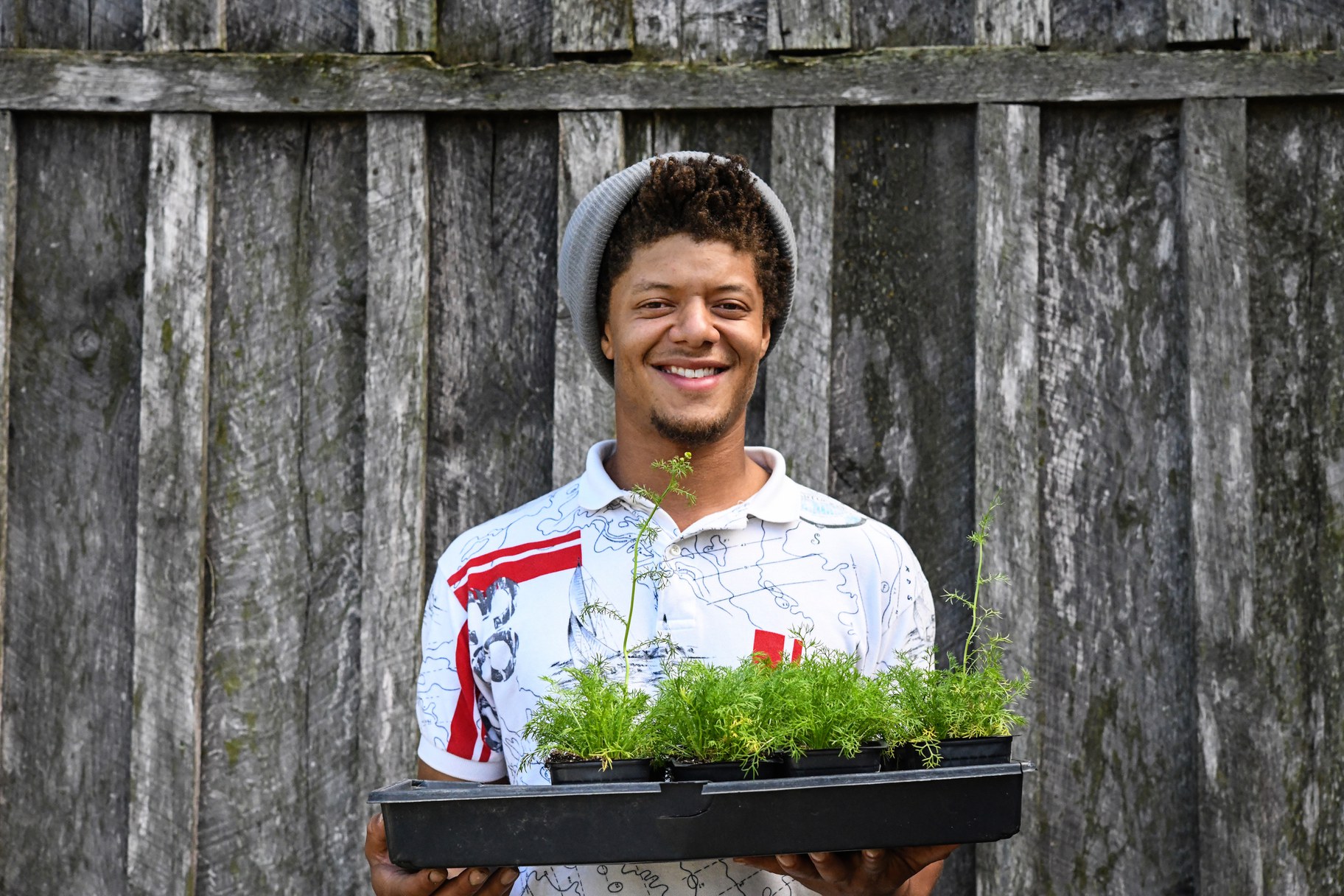 David Bohlen is one of the many seed producers for Baker Creek. With his brother, he owns and operates Bohlen Family Farms in the St. Louis area. Photo courtesy of Baker Creek Heirloom Seed Co. / rareseeds.com.