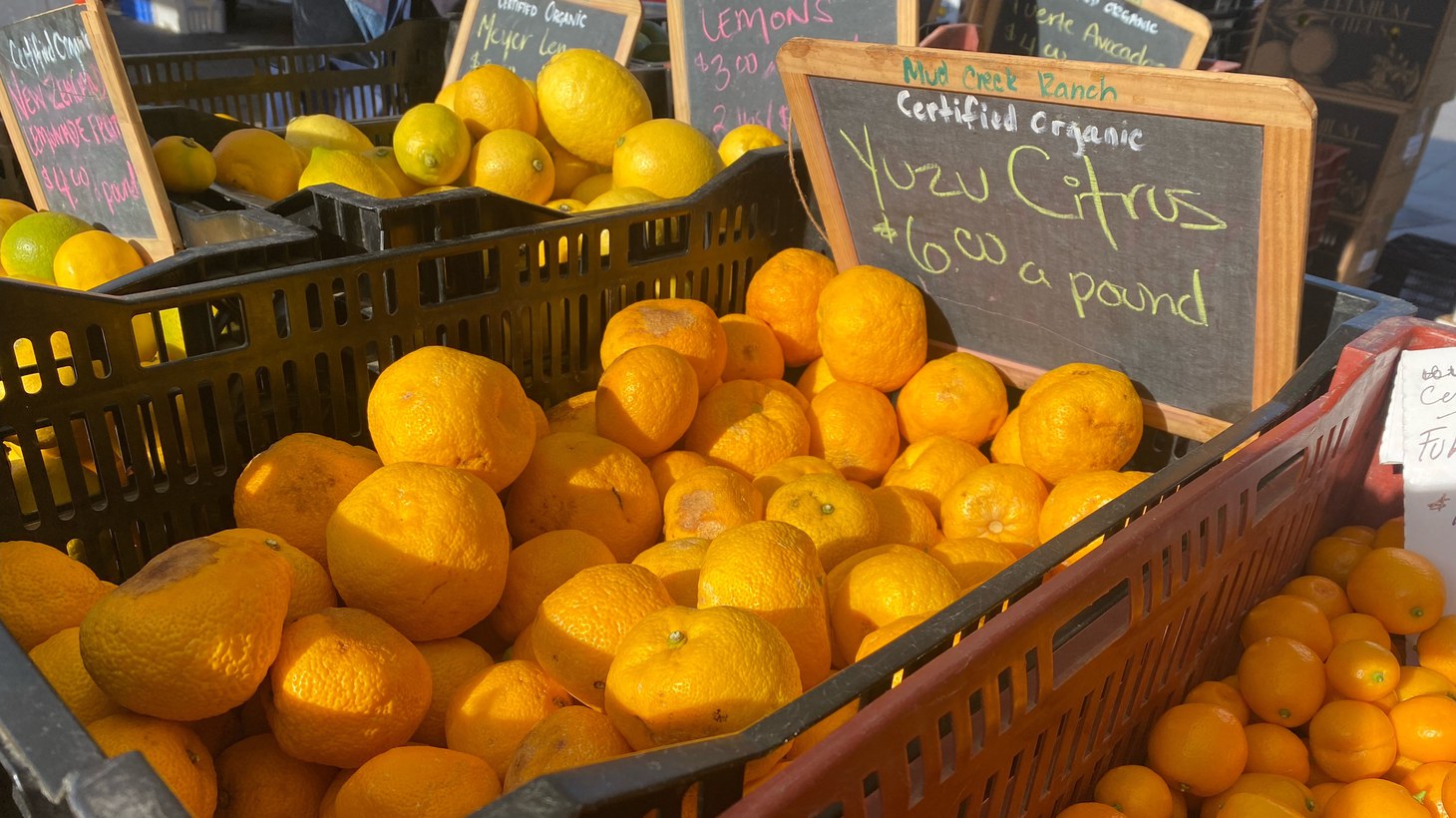 LA Times cooking columnist Ben Mims tells market correspondent Gillian Ferguson that sour, bitter, and aromatic citrus make the best marmalade, as their flavors are tamed with the addition of sugar. Valencia oranges, pomelos, and grapefruit all make superb marmalades. Start by boiling the fruit whole and use the pectin-rich water. Using the rind separates marmalade from jelly. Mims says that most marmalade recipes call for half the weight of the fruit to be sugar. He prefers to scale that down to a third of the weight. He likes to slather it on ice cream, over a pie crust, and in layer cakes.

Margarita Smith of Mud Creek Ranch brings citrus to the farmer’s market. She is using yuzu and Rex Union grapefruits in her marmalades, but the farm is growing over 250 varieties of organic citrus.