"What did you have for breakfast?" It's what Good Food host Evan Kleiman asks her guests during sound checks for her program. New York author Emily Elyse Miller spent three years asking people around the world the same question. From the Middle East to Asia and the Carribean, her quest culminated in a book of nearly 400 recipes called "Breakfast: The Cookbook."

The recipes in Miller’s book are simple and traditional, reflecting their cultural origins. "I didn't want these recipes to be very chef-oriented, even though they're all very accessible," she tells Kleiman. 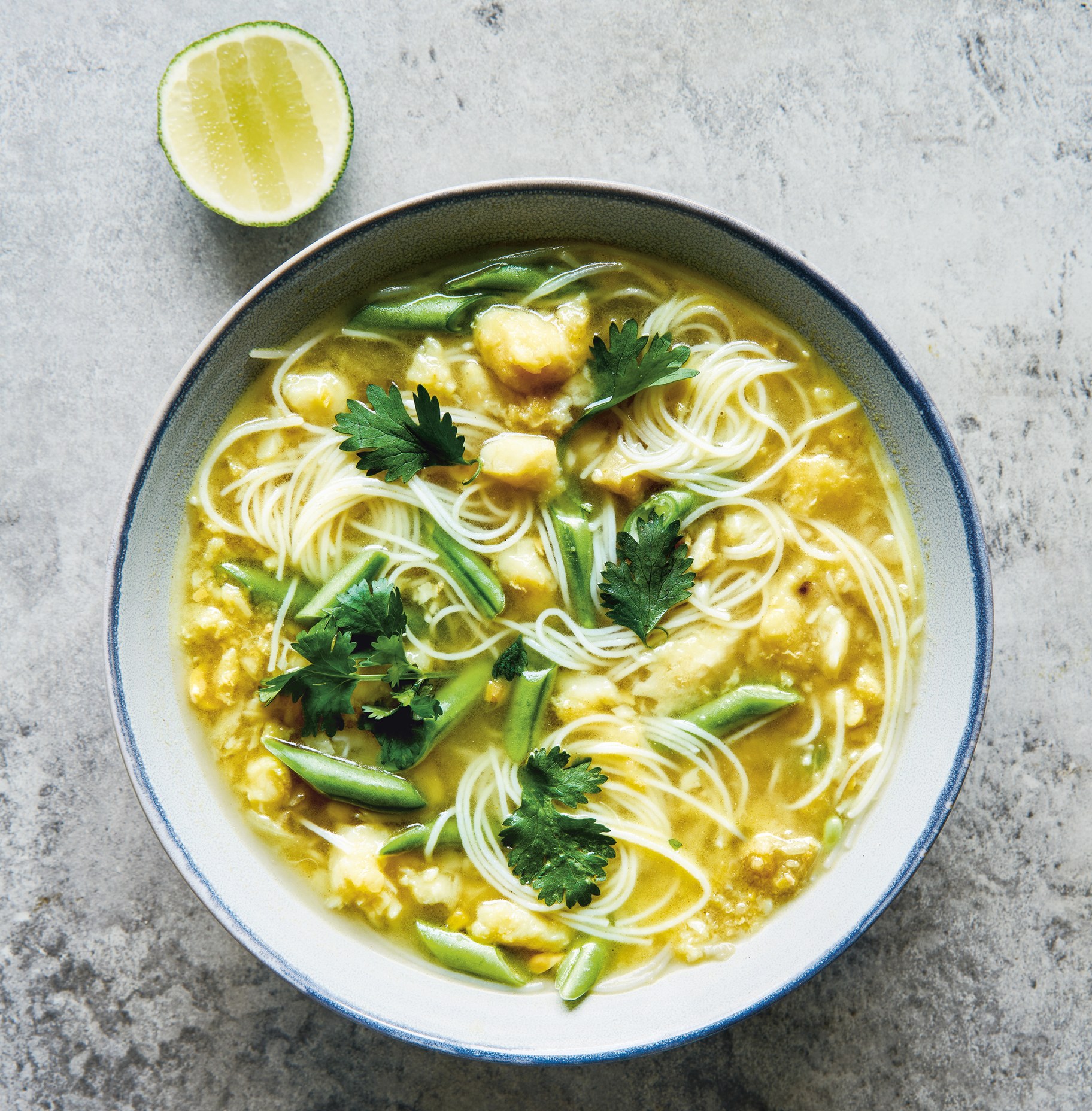 Toasted rice and fish noodle soup is usually sold as street food in Myanmar/Burma, and it's one of the most beloved dishes there.  Photo credit: Haarala Hamilton

Miller says what's interesting about non-Western breakfasts is the street food culture that exists in many countries. "Breakfast is a very on-the-go thing in other parts of the world,” she says. “And you'll leave for work and pick something up really quickly. So adapting that for home cooking was a really fun challenge."

Miller says her favorite breakfast culture belongs to Mexico City. Her regular spot is a food stand that serves chilaquiles with salsa verde on a roll. Photo credit: Haarala Hamilton 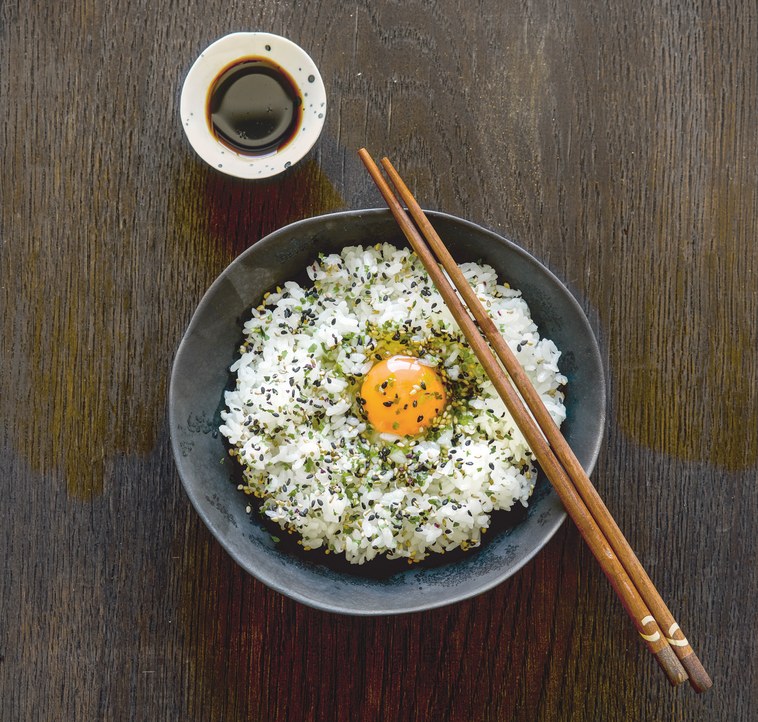 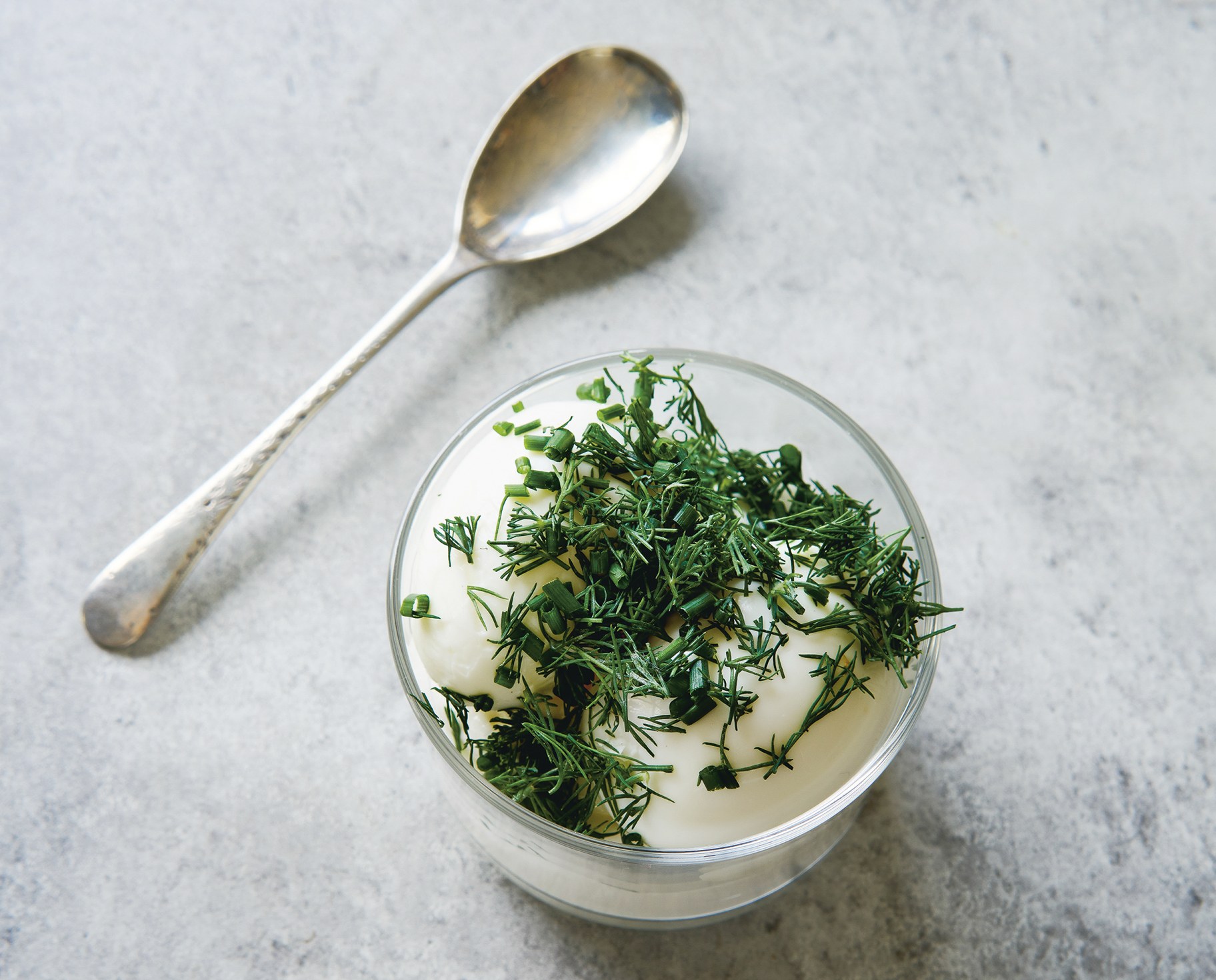 This simple breakfast consists of two soft-boiled eggs in a wide-rimmed glass or mason jar with herbs sprinkled on top. In Germany, a common accompaniment is a high-fat sour cream.  Photo credit: Haarala Hamilton 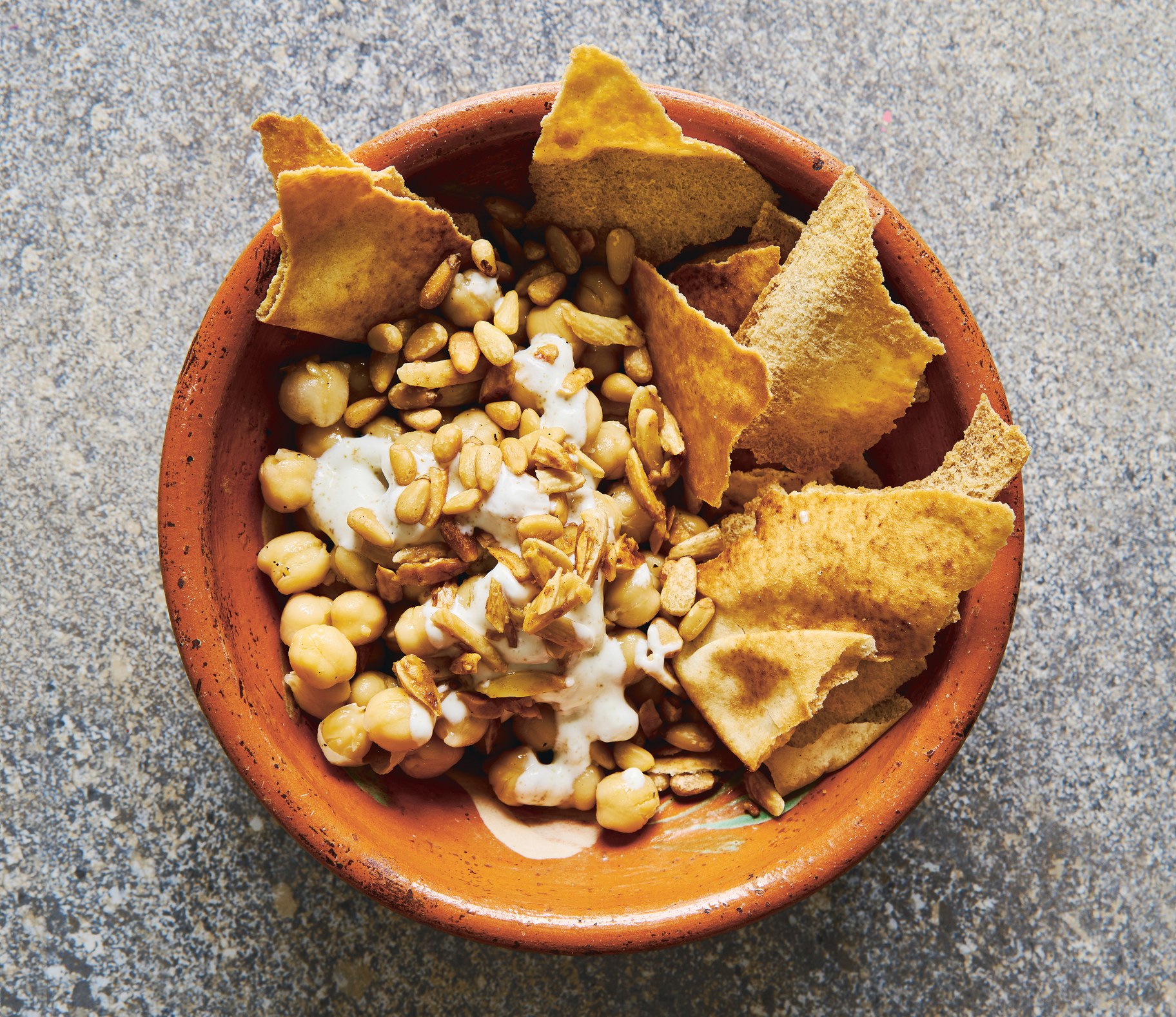 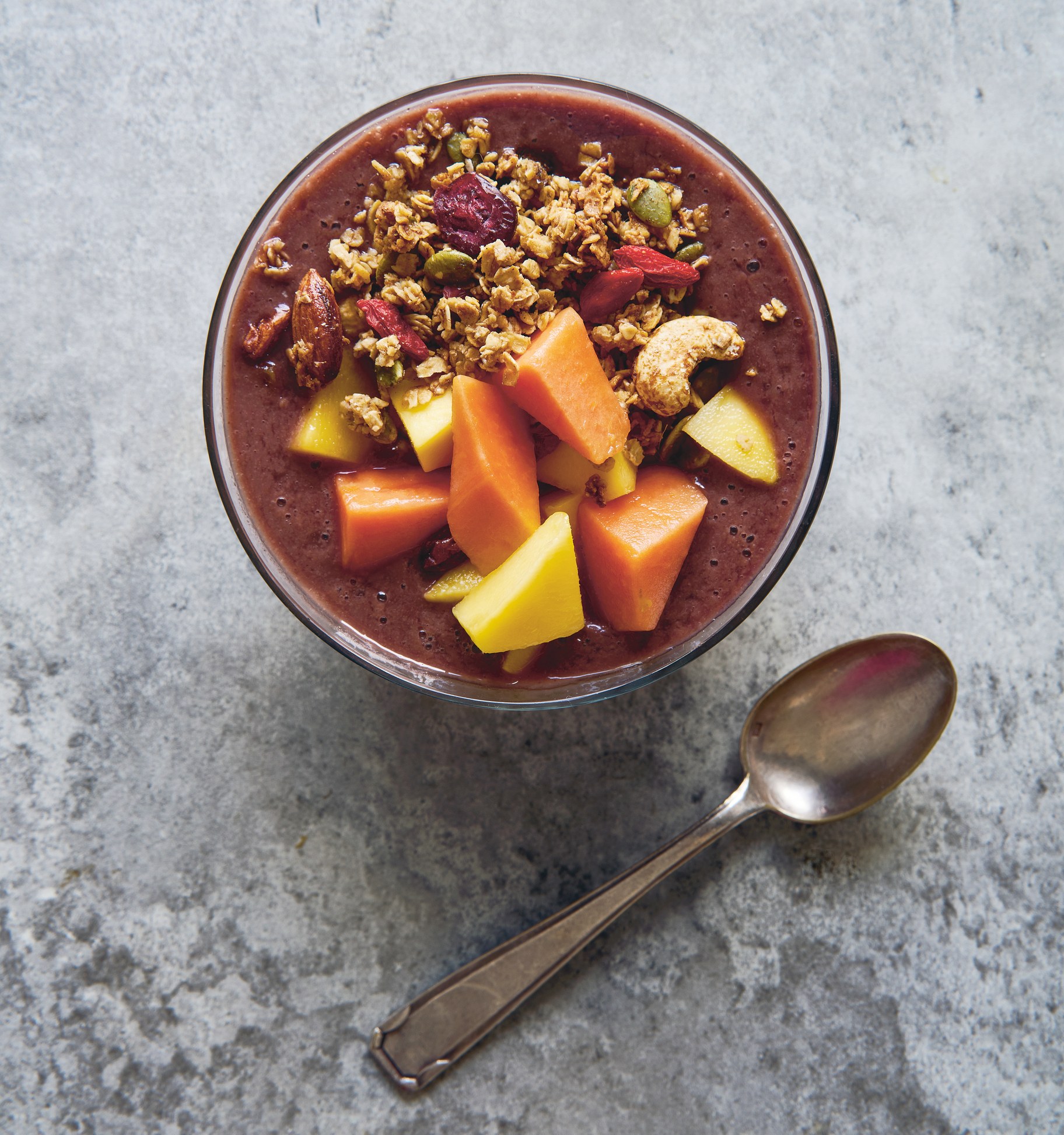 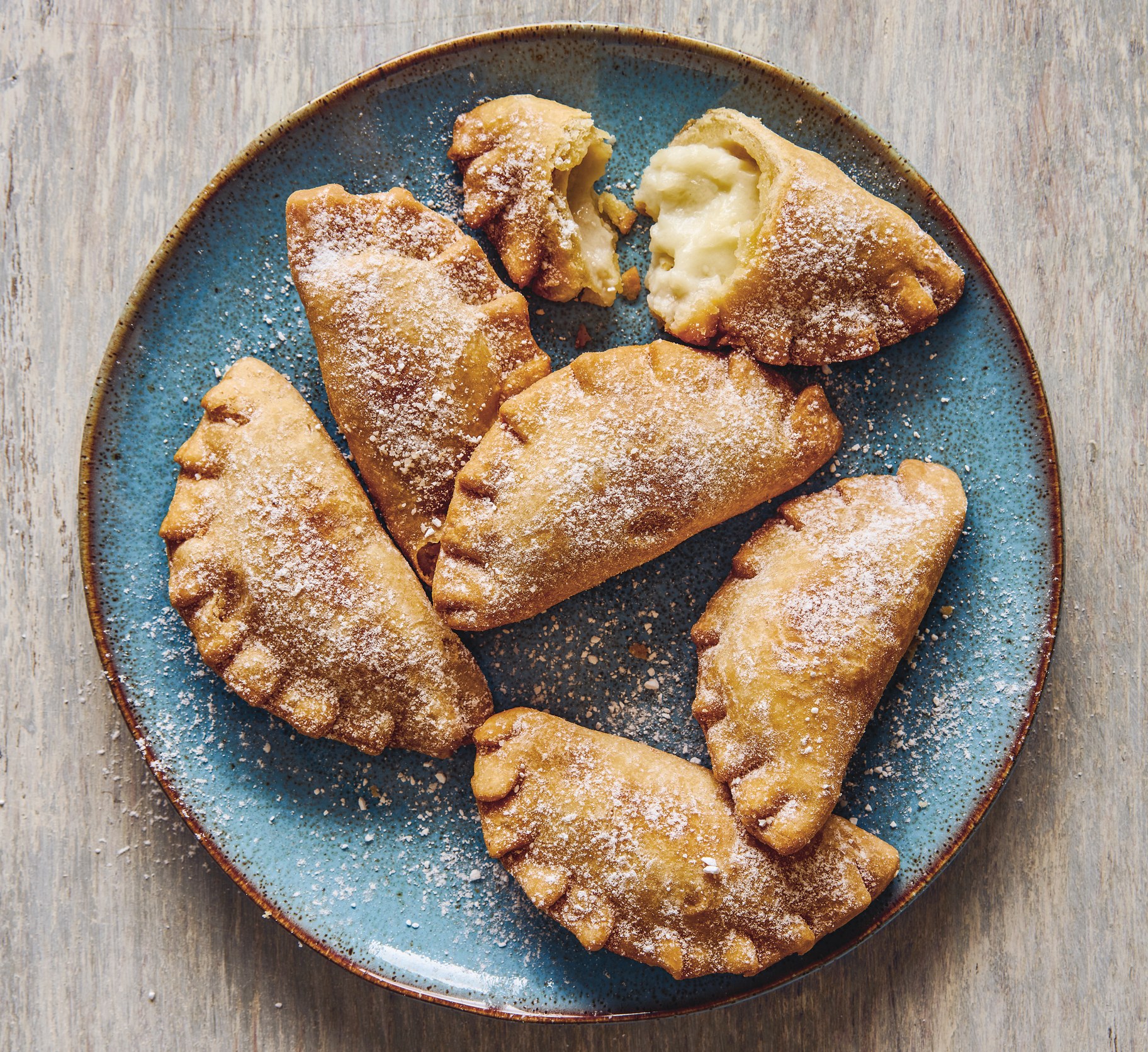 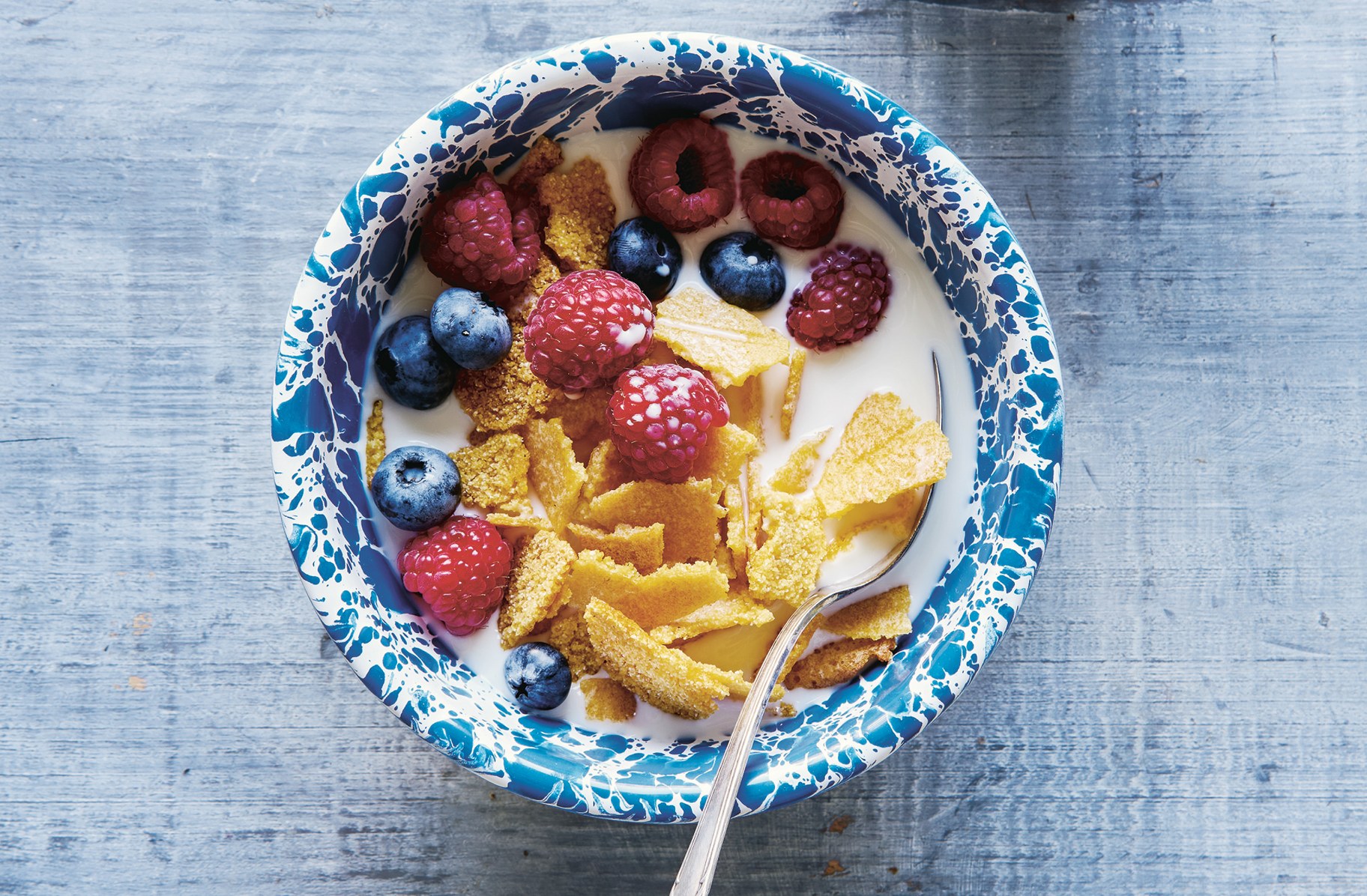 Cornflakes were invented in Michigan in 1894 by John Harvey Kellogg as a healthy meal for patients of the sanitarium where he was superintendent. The bland cornmeal crisps were intended to be a sterilizing breakfast to aid in digestion and to keep the mind balanced and free of sin. Sugar-coated cornflakes became popular in the 1950s and gave way to many of the popular mass-produced cereals on the market today.

In a bowl, combine both types of cornmeal with the salt. In a separate bowl, stir the vanilla extract, 6 tablespoons water, and honey together. Gradually stir the water-honey mixture into the dry ingredients with a wooden spoon until thoroughly combined and the mixture has a consistency similar to pancake batter.

Spread the batter into a thin layer about ⅛ inch (3 mm) thick. The batter should be as thin as possible without seeing any parchment paper. To make frosted cereal, sprinkle 2 tablespoons of sugar over the batter just before baking. Bake for 20 minutes, rotating the baking sheet front to back halfway through, and keeping an eye on it to avoid burning. Remove from the oven and allow to cool slightly.

Using a spatula, break up the dough into cereal-size flakes. Lower the oven to 250ºF (130°C/Gas Mark ½). Return the pan to the oven and bake until dried out, about 45 minutes. Let the cereal cool before serving with milk. 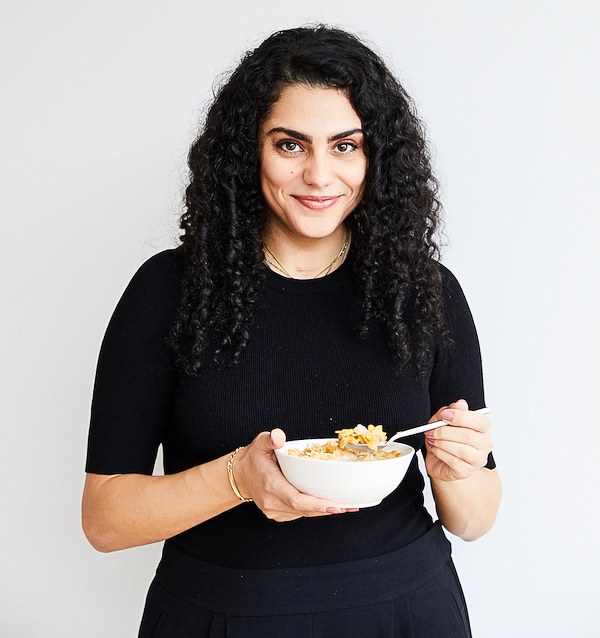 "What did you have for breakfast?" It's what Good Food host Evan Kleiman asks her guests during sound checks for her program. New York author Emily Elyse Miller spent...

From the outside, the restaurant world can seem like an exciting place of  opportunity.

How Italians actually eat, according to Elizabeth Minchilli

Elizabeth Minchilli is one of the world’s foremost writers on the Italian lifestyle. In her ninth book, she explains how Italians actually eat while showing how to...

The Manufactory recently opened at the Row DTLA to much fanfare.

The Market Report ventures out to Hollywood

Los Angeles county is home to over a hundred weekly farmers’ markets. In the weeks ahead, the Market Report will be branching out on occasion from the Santa Monica Farmer’s...