The food of the Teochew diaspora Front cover of “Jia! The Food of Swatow and the Teochew Diaspora” by Diana Zheng. Photo courtesy of Diana Zheng

Regional Chinese food is flourishing in LA, and now Teochew (or Chiu Chow) food is getting some long overdue attention. Writer Diana Zheng traces her family origins to this region in the eastern part of the Guangdong province. She set out to learn more about the food of her people, and ended up writing and self-publishing a colorful book about this cuisine, called “Jia! The Food of Swatow and the Teochew Diaspora.”

Instructions:
"Char kway teow, translated literally, is just “stir-fried rice noodles.” In Teoswa, it’s a dish prepared much like a lardier version of the Cantonese chow fun you can find in even the smallest American towns. A Teoswa chef will fry fresh rice noodles with vegetables, seafood, and/or meat with some restrained seasonings in a searing hot, lard-slicked wok. In Southeast Asia, however, char kway teow transformed into an entirely different beast. According to some stories, this evolved as a delicious, belly-filling way for merchants to use up their unsold wares at the end of a market day. Today, the “old-school” versions you’ll find in Singapore and Malaysia include flat rice noodles, round egg noodles, cockles, Chinese sausage, shrimp, fish cake, bean sprouts, chives, egg, and — if you’re lucky — not just lard, but also crispy fried cubes of pork fat, all tossed with chili paste and dark and light soy sauces.

Reader, I took my first bite of this magic combination at a crowded hawker center, surrounded by Singaporean office workers on their lunch breaks. Time slowed, the sweltering tropical heat subsided, and I entered a noodle-induced bliss. Nothing existed except for me and the plate of noodles handed over by the wizened hawker stall uncle, who had perfected his noodle-frying ballet over decades of practice. It was then that I discovered serenity is best delivered on a pink plastic plate.

Anyway, more “modern” versions omit the lard in the name of health. Don’t be fooled! Char kway teow minus some pork fat still isn’t health food. When you do indulge in this plate of heaven on earth, I say go for the full (exponentially more delicious, lard-infused) monty. If you can’t immediately hop a plane to Singapore or Penang, your best bet for trying the old-school version is to cook it up in your own kitchen. Sure, our puny home ranges may not crank hot enough to achieve the smoky wok hei made possible by an industrial burner, but the regrettable scarcity of Indo-Malay-Singaporean eateries across most of the US means your version just might be the most flavorful option for thousands of miles around.

Toss shrimp with salt and baking soda and set aside to marinate. Mix together all sauce ingredients and set aside.
To maintain a searing hot temperature in the wok, fry the char kway teow in two batches. Heat a wok over high heat and add 1.5 tbsp lard. Add half the minced garlic and stir-fry for 15 seconds. Add half of the marinated shrimp and stir-fry for a minute, then remove to a plate, leaving the lard in the wok.

Add sliced fish cake and lap cheong to wok and fry for 30 seconds. Add noodles and sauce mixture, and stir-fry to coat everything evenly. Once thoroughly seasoned, let everything sear undisturbed for a minute. Stir-fry to mix it up, then repeat the searing/stir-frying process 2 or 3 more times until you see some caramelization.

Push everything to one side of the wok. In the cleared half, add 1/2 tbsp lard and crack one egg. Let it fry until half-set, then scramble and mix with rest of wok contents. If using clams, add half to the wok and stir-fry until they just begin to open. Add half of chives and bean sprouts, and the reserved par-cooked shrimp back into the wok and stir-fry for another two minutes. Remove to serving plate.

Repeat steps 2–4 with the remaining ingredients. Serve with lime wedges or halved calamansi." 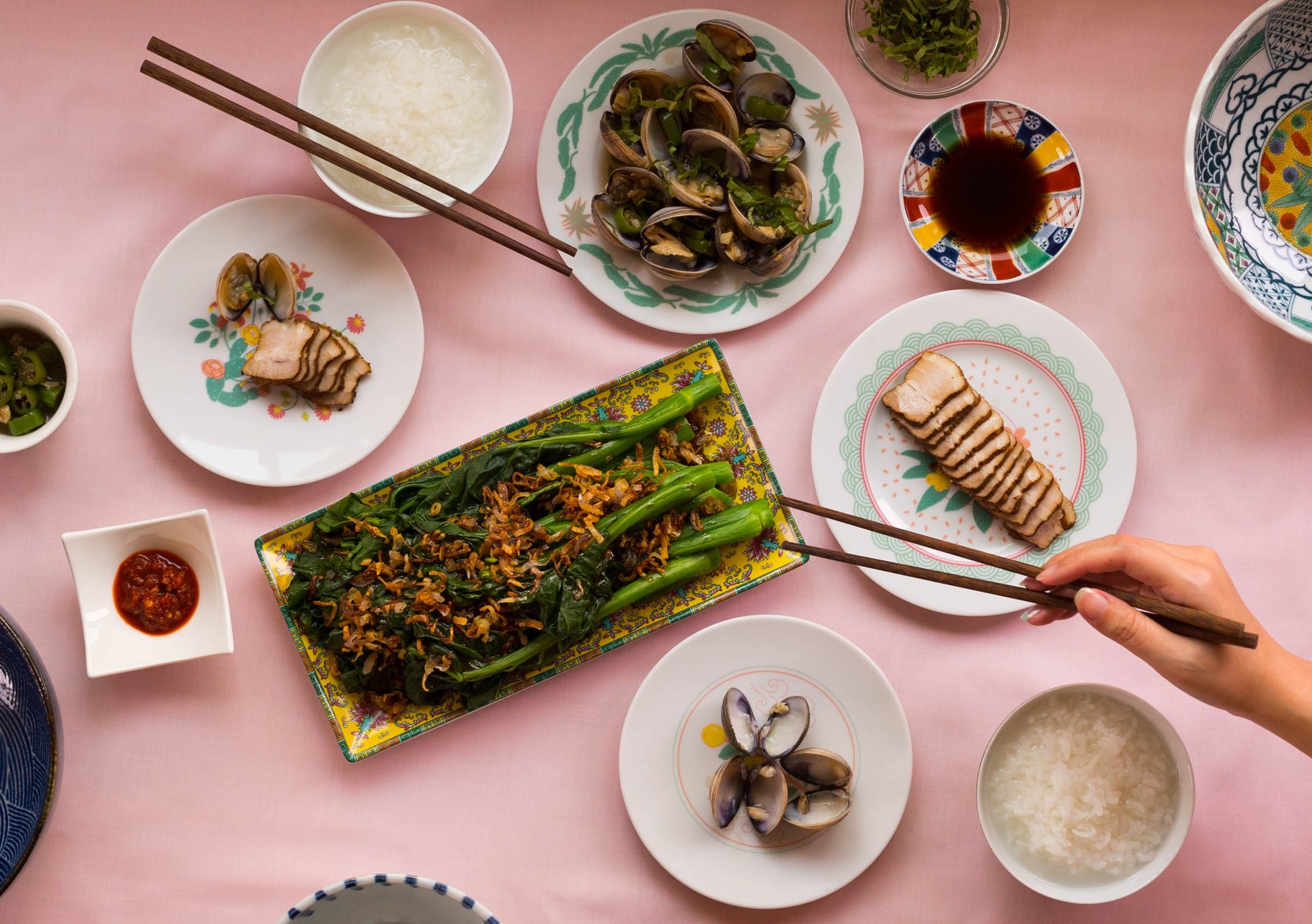 Excerpted from “Jia! The Food of Swatow and the Teochew Diaspora” by Diana Zheng. Photo courtesy of Diana Zheng

Gardens can grow anywhere—even on your balcony

As urban gardening gains popularity, Lauri Kranz of Edible Gardens LA is helping novices and veterans bring edible beauty to their backyards and balconies. “ A Garden...

Kashmir, a conflict-ridden region on both sides of the India-Pakistan border, is home to the most coveted and expensive spice: Kashmiri saffron.

Cilantro has four life stages, and Kacie Chef of Honey Hi in Echo Park is showcasing all of them in their signature massaman curry. Luis Jaime of JF Organic Farms...

“Cooking South of the Clouds”

During a break from her college studies in China, writer Georgia Freedma n visited the capital of the Yunnan province, where she encountered flavors she had never...

The food of the Teochew diaspora