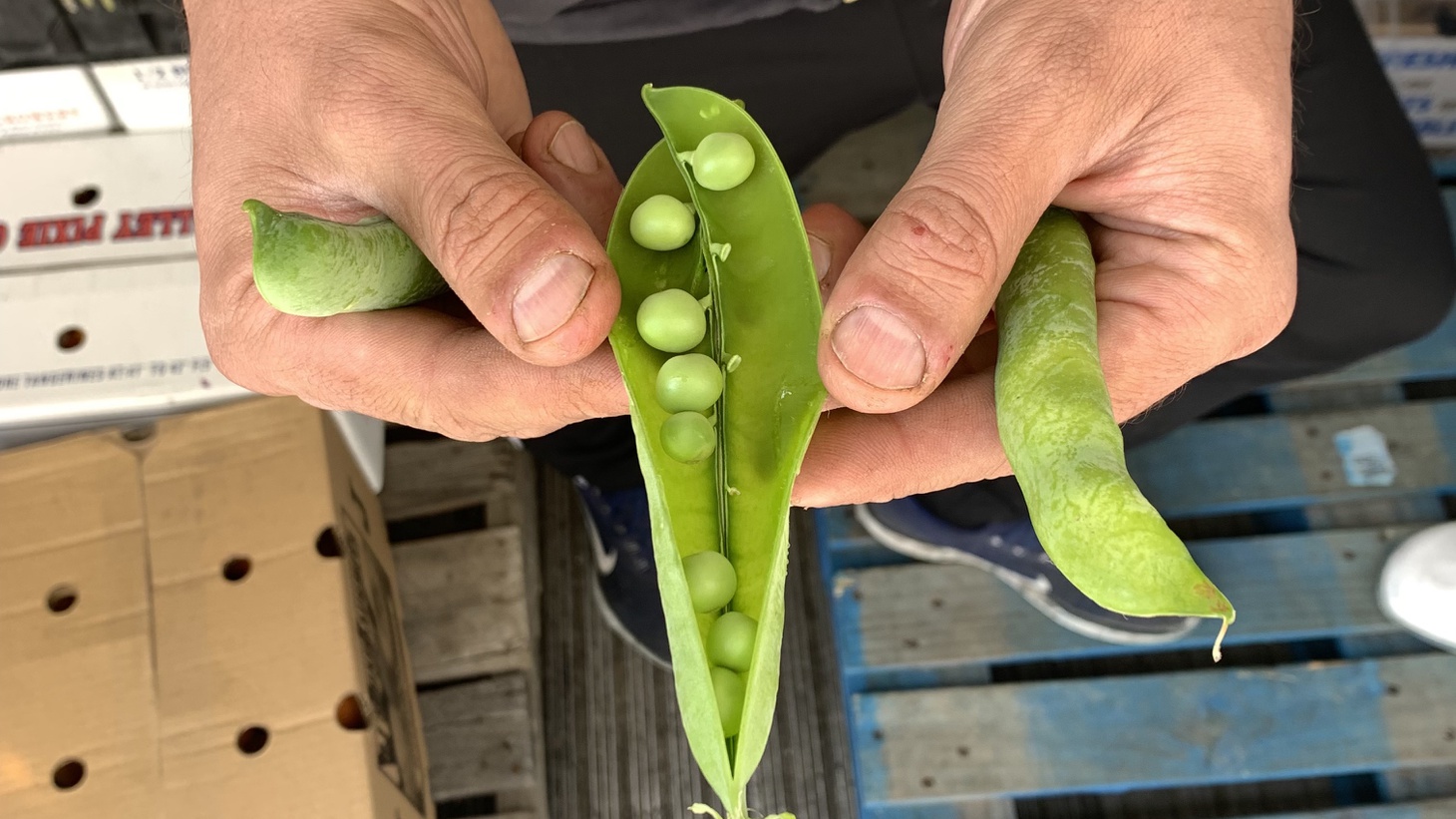 Market correspondent Ben Mims finds himself in the back of a refrigerated truck in the parking lot of Antico Nuovo, on the border of Koreatown and Larchmont, speaking to forager Dragan Ivanovic. Ivanovic explains that he travels to restaurants with freshly-foraged produce and delivers directly to chefs for first dibs. With a route that runs from San Francisco to Sacramento to pick up cherries, he then heads to Southern California while hitting farmers’ markets along the way.

Ivanovic grew up in Belgrade where his grandmother has a large raspberry farm, and he was always surrounded by amazing produce. His history inspired him to supply chefs with fresh and foraged goods when he moved to the U.S. 20 years ago.

Chef Chad Colby uses the delivery service. He buys English peas, which he plans to use in a ravioli with mint. His proteins are served year-round, but he is using the most season-forward produce fresh off the truck in the restaurant’s contorni dishes.