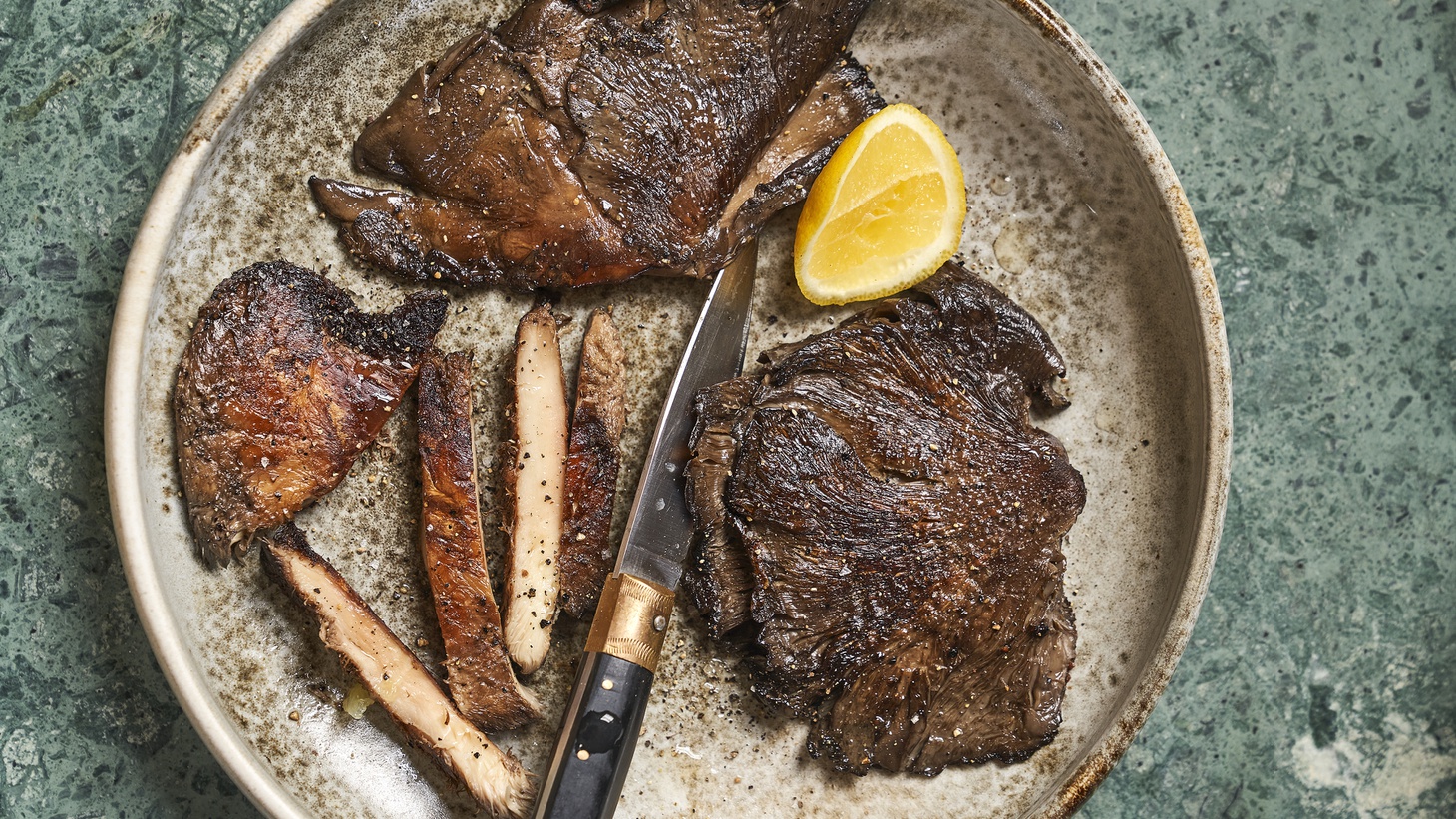 A cast iron pan or brick may be used to make a steak out of lion’s mane mushrooms. Photo by Andrea Gentl.

Growing up in Western Massachusetts, photographer and cook Andrea Gentl spent her youth looking down instead of up, becoming fascinated with nature and mushrooms in particular. When she moved to New York City, she abandoned her feral childhood and experiences, before being led back to the natural world through her photography assignments.

Her first cookbook is “Cooking with Mushrooms: A Funghi Lover’s Guide to the World’s Most Versatile, Flavorful, Health-Boosting Ingredients.”

In this vegetarian riff on the classic brick chicken, mushrooms are simply cooked with a little olive oil, salt, and pepper, with capers added for zing. I have used oyster, maitake, and lion’s mane—all are delicious. Each variety has a different moisture content and will release varying amounts of moisture as the mushrooms cook. I don’t keep bricks in my kitchen, but a second cast-iron skillet or Dutch oven gets the job done. The weight of the second pan compresses the mushrooms and allows a nice crunchy crust to form while keeping them juicy and tender on the inside. Once you do this a couple of times, you might start keeping bricks in your kitchen! 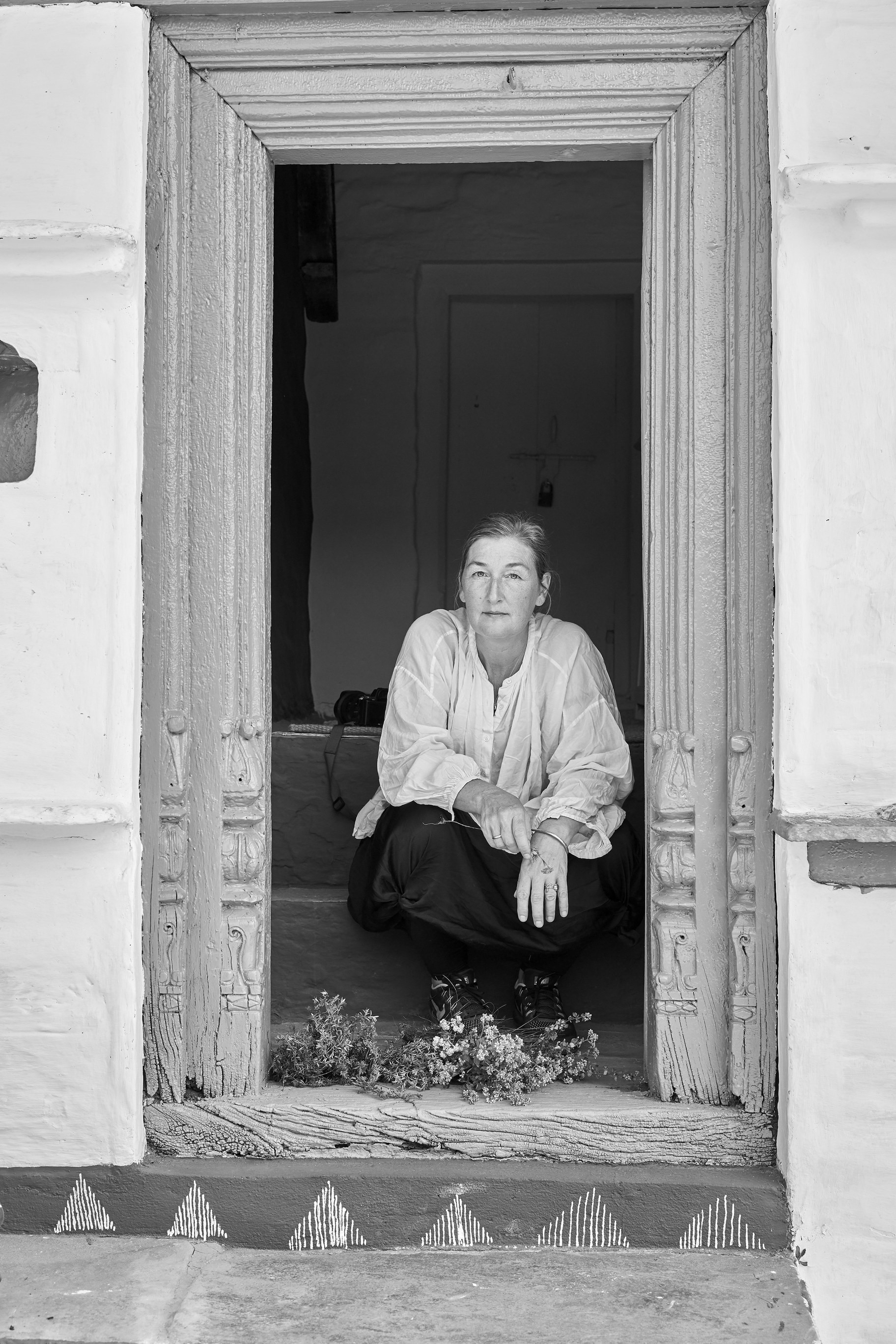 Photographer Andrea Gentl reconnected with her upbringing when on assignment, shooting mushroom foraging with Connie Green, who collected the fungi for the French Laundry and with Magnus Nilsson of Faviken. Photo by Martin Hyers. 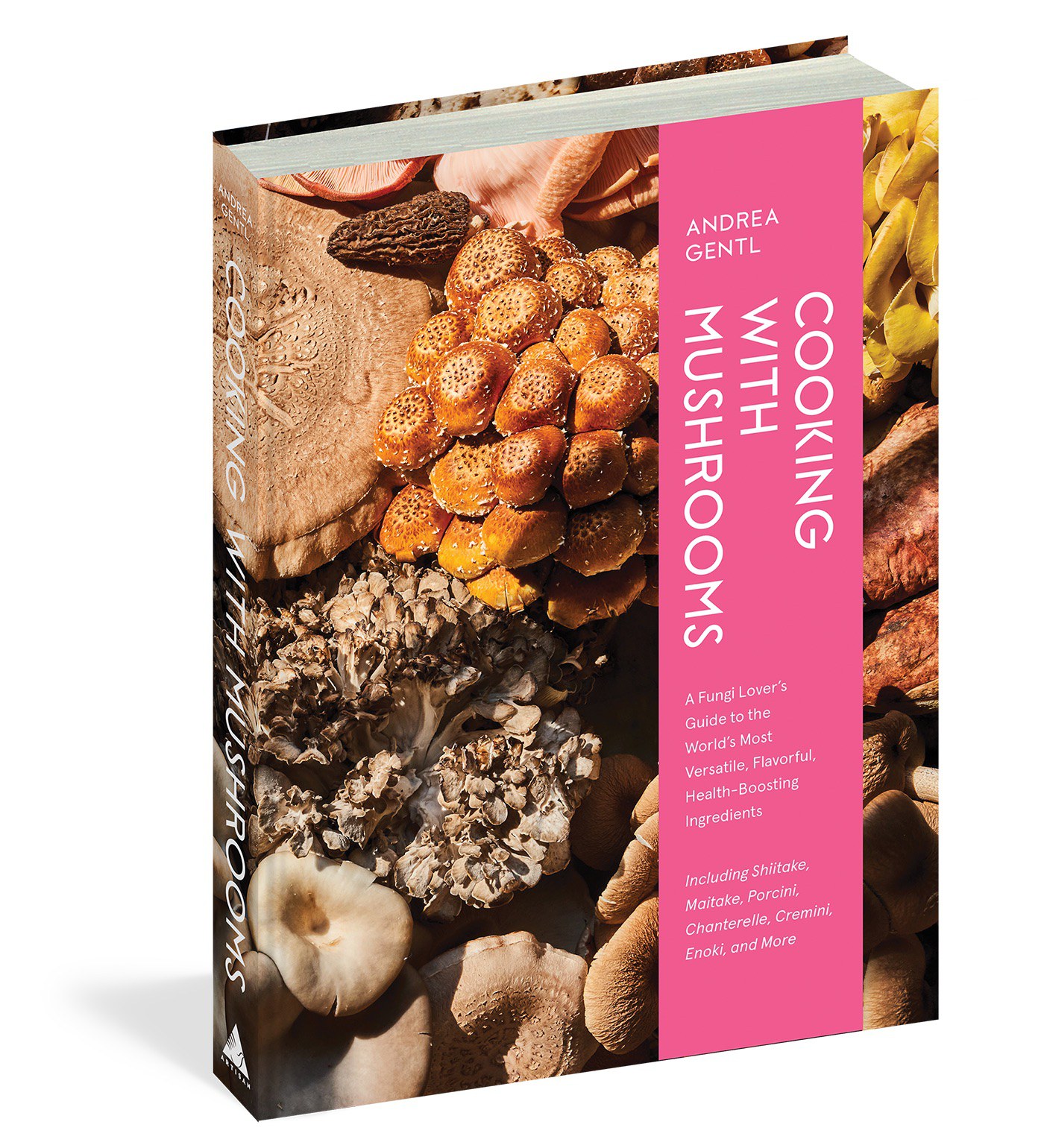 Mushroom and cauliflower carnitas, crispy shiitake bacon on an endive wedge salad, and a rack of oyster mushrooms are recipes included in “Cooking with Mushrooms: A Funghi Lover’s Guide to the World’s Most Versatile, Flavorful, Health-Boosting Ingredients.” Photo courtesy of Artisan.