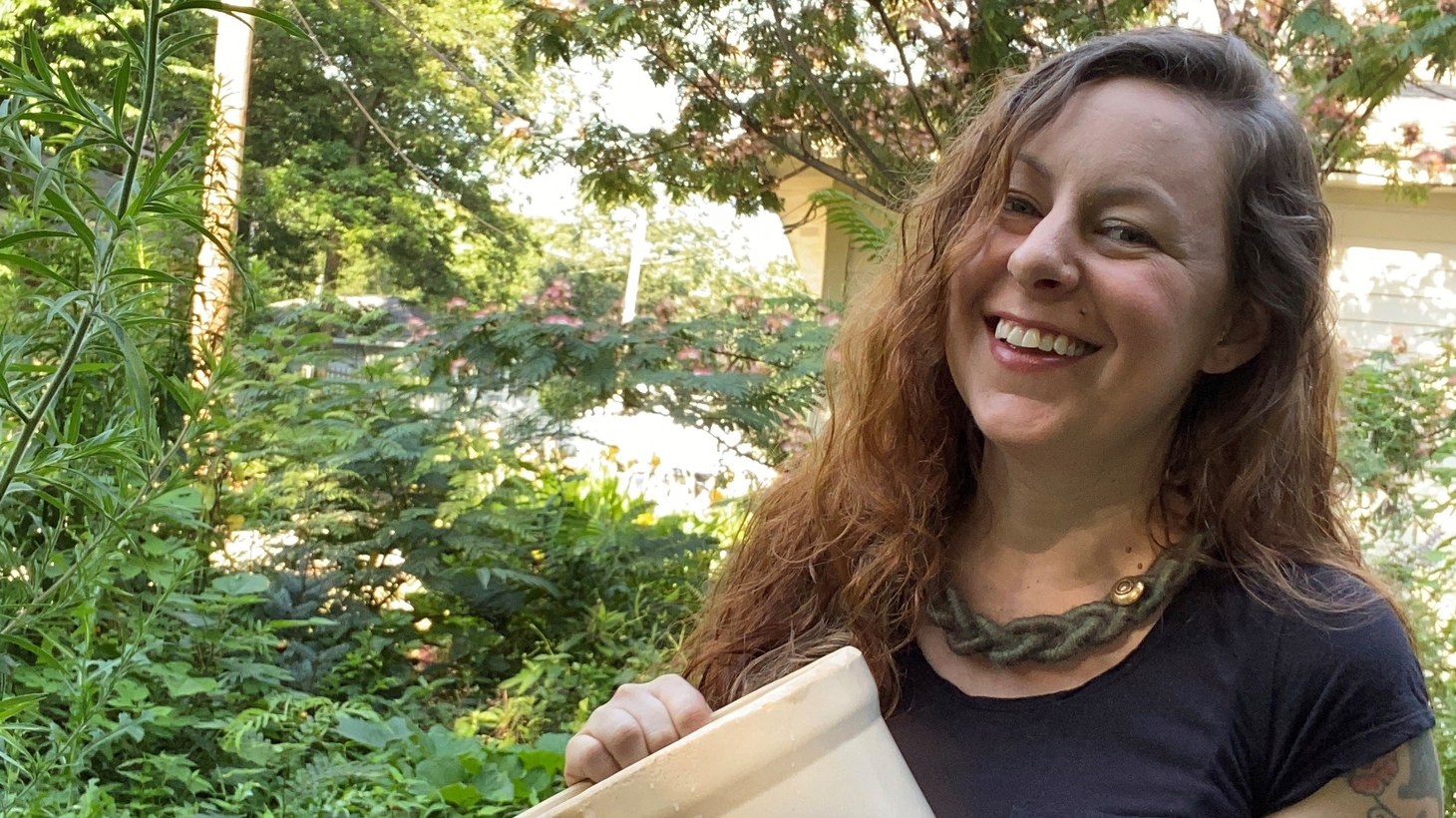 Many of us have various ingredients bobbing or bubbling on our countertops as we ferment food in jars. But how did it start, and how much of our physical and cultural evolution intersects with the history of ferments? It's an interesting question, and one that animates the research and teaching practice of food historian and fermentation expert, Dr. Julia Skinner. Her latest book is “Our Fermented Lives: A History of How Fermented Foods Have Shaped Cultures & Communities.”

KCRW: Are there stories from the past that illustrate how human being’s interaction with fermentation allowed their survival?

Julia Skinner: There's a few different ways, I mean, one being in a very, a very real sense. Our microbiome is a big part of our immune system, for example. So part of our survival comes from the fact that we evolved from these microbes, we now have them within us, and they help keep us healthy. But then there's also the matter of food security. With food security, when we are preserving our food, when we're fermenting it, and all of the other ways that we preserve it, we are helping ourselves survive through the winter – through crop failures, through whatever else might be thrown at us – so that we can continue to still eat.

Did fermentation also come into play just as survival from making foods fit to eat in the first place?

Yes. Some foods do benefit from fermentation, as far as making them safer for us. One that maybe we might not think of is water. Not all water sources are healthy for us. Some of them have bacteria that are actually dangerous. So a lot of people would actually ferment these rather low-alcohol beers and wines and things, to crowd out those dangerous microbes and make it so they could have a source of hydration that was safe to drink.

There's food that is fermented, but the end product isn't probiotic – like chocolate and coffee. And then there is food that is alive with probiotics when we eat them. Can you explain that a little bit more deeply?

A lot of different foods we might not expect are fermented: soy and vanilla for example. You mentioned chocolate, coffee, black tea, all of these different things. People are having microbes, these fermentation products every day. You may have some probiotic ones, for example, a lot of people think of yogurt. There's a lot of marketing around yogurt here in the US, but there's also sauerkraut, kefir, and kombucha that also have probiotics.

What that means is that the fermentation microbes that created that food are still alive, as opposed to something that is fermented and then processed in some way. Like chocolate, which is cooked down in a way that kills those microbes. But they still have done work to contribute to the changes in flavor and texture and all of these other things with a lot of traditional fermented foods, for example, Kimchi and sauerkraut. They are both prebiotic and probiotic. What that means is that they have the dietary fiber that feeds our microbiome as well as the probiotic microbes themselves.

Are there particular ferments that you continually make that are connected to your own family's traditions and identity?

The first ferment that I ever made was one I made with my mom, which was Amish friendship bread. I didn't really realize that that was fermentation at the time. So on the off chance I ever get one of those starters, which doesn't happen very often down here, I still make that. But the one that really surprised me was actually one that I learned about while writing this book. It’s called sowans – it's fermented oat that you can have as a porridge or a drink. It’s kind of this sour oat paste, and it's made by fermenting oat holes.

My heritage is primarily Scottish and French, largely Scottish. I was researching different fermentation techniques as I was in different grain fermentation techniques, and as I was researching this book I came across sowans and had never heard of it before. It was this really interesting moment of making these foods that I had never heard of, but that somehow felt really familiar. And when I ate it, I was like, “Wow, this tastes familiar.” I'd never had it before. It made me feel very connected with doing this process of cooking that my ancestors before me did, but that I wouldn't have had access to unless I had written “Our Fermented Lives.”

You make powders out of pickles. How do you use them? How do you make them? What are they?

Pickled powders are just anything fermented that I dehydrate. I have an actual dehydrator, but you can also dehydrate in a solar dehydrator in your oven on the lowest setting. You dry them out completely, and then you just grind them up. I use a coffee grinder, not the same one I use for my coffee, but a different one. And I will put them in there, grind them up, and then you have these seasoning blends. It’s a really good way to cut down on food waste. If you make something you'd like the flavor of, but maybe not the texture, this is a good way to repurpose it.

Is it dehydrated at a low enough temperature to maintain the probiotic benefit?

It can be if you have an actual dehydrator. You can dehydrate it on a low setting. But even if you don't preserve the probiotic benefits, it's still really healthy and delicious.

Sowens is a comforting and nourishing sour oat porridge made in Scotland from the bits of starch left clinging to oat kernels after milling. Though not as popular as it once was, it is an especially welcome treat on cold winter mornings.

This recipe requires a burr grinder (similar to a hand-cranked coffee grinder), mortar and pestle, or metate for grinding the oats. If you aren’t able to grind your own oats, you can experiment with making sowens using a mixture of oat bran and rolled oats (I usually do two-thirds bran to one-third oats ground together, but there’s room to experiment, as always). In the traditional method, you use only the kernels of the oats for sowens, so as an added bonus, if you mill your own you get fresh, delicious oats that are way better than the canisters of stale oats from the store. Some people lightly toast their groats prior to milling them, but I’ve found that doesn’t make much of a difference in the flavor or how easy the oats are to hull.

Sids are the inner husks of the oat grain that are used to make sowens. This hull, when ground away from the endosperm or the edible grain itself, contains traces of starch from the oats. It is an excellent example of our ancestors squeezing every last drop of nutrition that they could from their food.

Excerpted from “Our Fermented Lives” © by Julia Skinner. Used with permission from Storey Publishing. 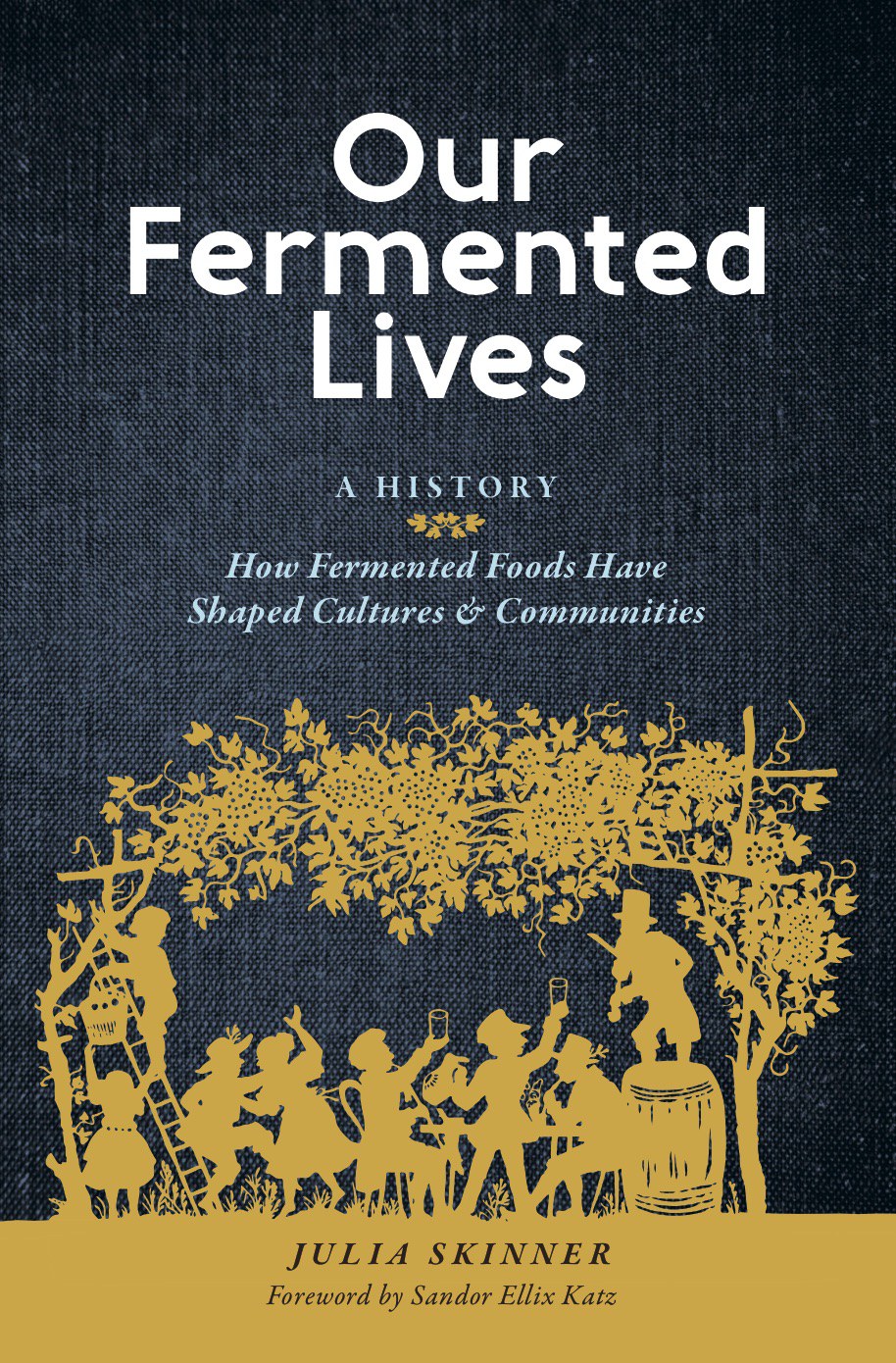