Ted Haigh is the co-founder of The Museum of the American Cocktail in New Orleans.  He is the author, most recently, of Vintage Spirits and Forgotten Cocktails.  He traces the history of holiday cocktails back to Europe in the Middle Ages.

Caudle: Anglo-Saxon. 1300s through the 15th century. The Caudle contained wine (and later ale), raisins, sugar or honey, bread crumbs, egg yolk, grated almonds, and spices like saffron, salt, and ginger. From the word derived the term "coddle" (to comfort). 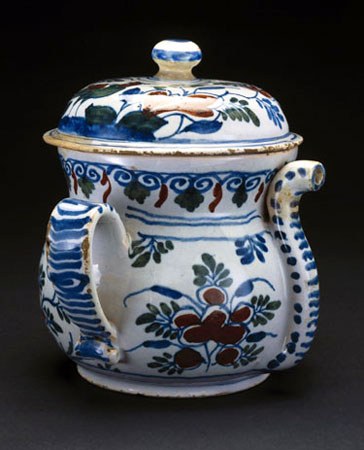 Posset: British. First made in the late 1400s. The posset was the first drink perceived as a holiday drink. Milk was heated to a boil, then mixed with wine or ale, which curdled it, egg was added, and the mixture was spiced.  It was perceived as good for a cold, and general chills.

Toddy: 1700s.  The Hot toddy was originally Scotch, boiling water, sugar, and fruit (apple, lemon, or orange slice pierced with cloves.) Like the Posset, the toddy was believed to help cure the cold and flu in damp, clammy, cold weather and it’s still served for that today.

Eggnog: British. As with Caudle, and Posset, Eggnog was a drink of the rich. City dwellers rarely saw milk or eggs. There was no refrigeration yet, and the farms with cows and hens belonged to the landed elite. Eggnog was mixed much as today with brandy, London Dock rum, Madeira or sherry and cream (or milk, or both), sugar, nutmeg, and eggs. 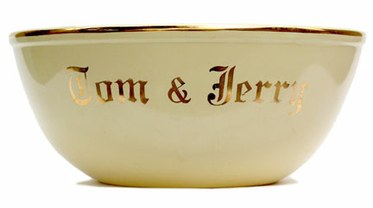 Tom & Jerry: Recipe in 2 parts: Batter and drink.
Batter: 12 eggs, about 4 oz of dark Jamaican rum, cinnamon, cloves, allspice and to enough sugar make it a batter (about 1 lb).
For the drink: 1 Tablespoon batter, 2 to 4 oz of brandy, fill cup with boiling water, grate some nutmeg on top and serve.

Hot Buttered Rum. Pre-Prohibition version: Strong and very basic: 1 3/4 oz dark rum, 1 lump of sugar, a splash of hot water, and a “lump of butter the size of a walnut.”

The Gift of Livestock

Elizabeth Bintliff is the West Africa Coordinator for Heifer International . Food insecurity is a pressing issue for the people of West Africa. The nearest grocery store...

Rose Levy Beranbaum is the author numerous books on baking.  Her most recent is Rose's Heavenly Cakes .

Sal Marino of La Bottega Marino (Beverly Hills, Larchmont and West LA) loves to use rapini this time of year. This bitter herb with a broccoli flavor is sometimes known as...

In October 2008, Tyson Foods partnered with Syntroleum Corporation to produce renewable diesel. They will start producing in 2010, with a total capacity of 75 million...

Tom Standage is the business editor for The Economist .  His latest book is An Edible History of Humanity .

Jonathan Gold writes the Counter Intelligence column for the LA Weekly. On a recent trip to Guadalajara, Mexico, he discovered the torta ahogada, or drowned sandwich....

Ted Haigh is the co-founder of T he Museum of the American Cocktail in New Orleans. He is the author, most recently, of Vintage Spirits and Forgotten Cocktails . He...

Pam Boring is the co-founder of The California Wine Club .  She recommends giving dessert wine, chardonnay or champagne as a gift during the holiday season.

Where to Ring in the New Year

Lesley Bargar is the Dining Editor at Los Angeles Magazine .  Lots of restaurants are having New Year's Eve specials.