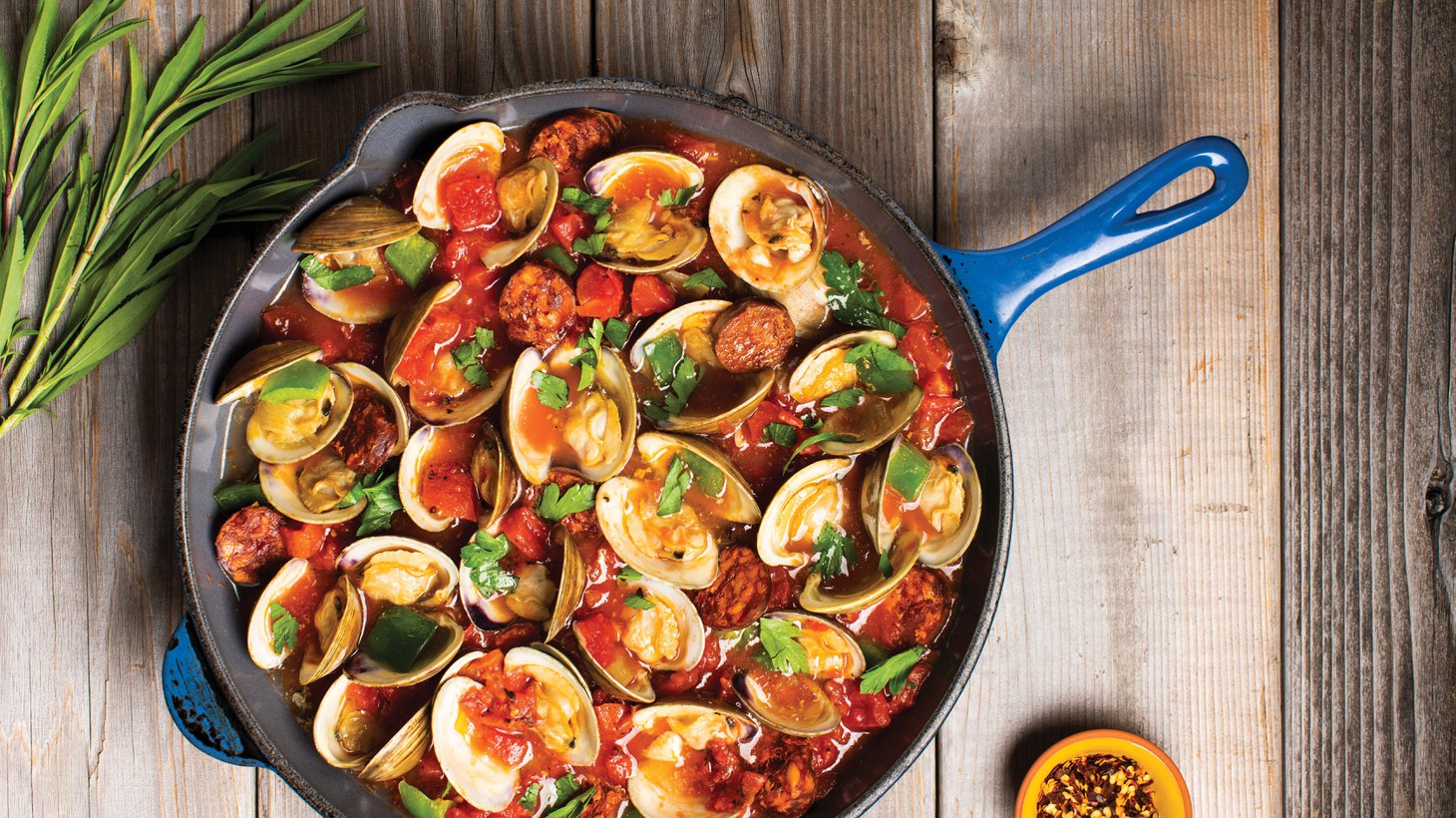 Craig Fear says that chowders are consumed throughout the summer in New England with lighter versions including a Portuguese recipe. Photo by Lynne Graves.

Surprisingly, there is more acreage available for seafood in this country than land for farming. Yet Americans still import roughly 90% of the seafood we consume. Marry this statistic with Craig Fear's love of soup and you have recipes to encourage you to support your local fishmonger and make a new dish every day of the year.

Fear describes the Portuguese influence on New England cuisine and the flavor links of Southeast Asia in “New England Soups of the Sea: Recipes for Chowers, Bisques, Boils, Stews, and Classic Seafood Medleys.”

It’s been suggested that the many styles of tomato-​based Portuguese soups and stews were the precursor to the famed Manhattan clam chowder. Tomatoes started showing up in chowder recipes in Rhode Island and Connecticut in the late 19th and early 20th centuries where Portuguese immigrant communities were established. Though tomatoes in chowder mostly faded away in New England in the second half of the 20th century, it’s thought that they found a more welcoming home in the New York area, where it eventually became the standardized dish we know today as Manhattan clam chowder. For my version, see the recipe for Manhattan Clam Chowder (page 112).

Regardless of the murky history, here’s what I can say without a doubt: This Portuguese clam chowder is one of the most fantastic chowders I’ve ever tasted. Compared to Manhattan clam chowder, it’s more piquant, richer, smokier, and spicier with whole littleneck clams that infuse the tomato base with a salty sea essence.

I don’t care what side of the chowder debate you’re on, red or white, you gotta try it to believe it.

My version is a fusion between a chowder and a Portuguese dish known as ameijoas na cataplana (clams in a cataplana pan), which utilizes a special rounded copper cooking pan with a hinged lid (it actually looks like a giant clam) to steam clams. A regular flat sauté pan with a lid is perfectly fine for this recipe though. If four dozen littleneck clams don’t all fit in your sauté pan, simply steam the rest in a separate pot and add them back in, with the broth included of course! 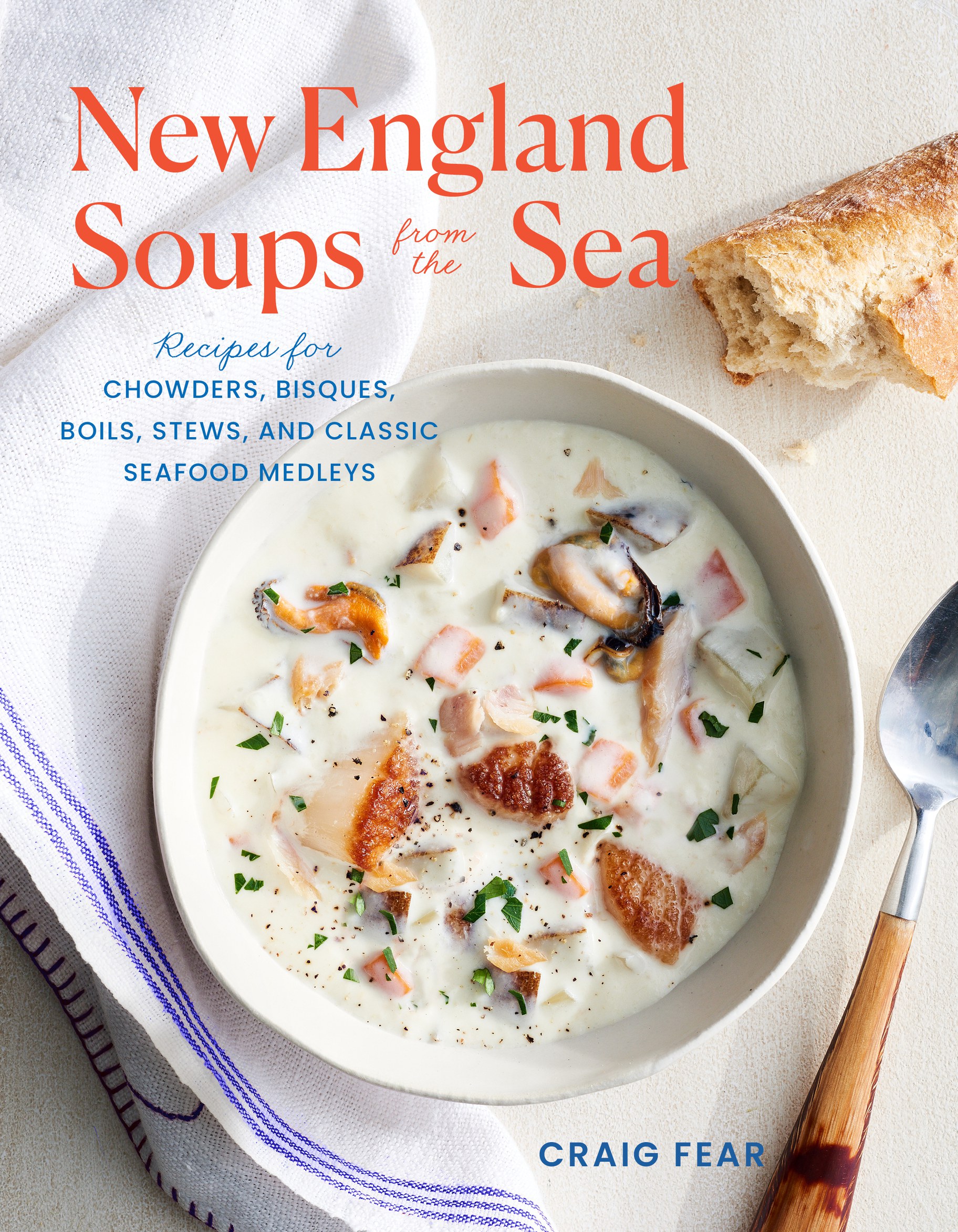 “New England Soups from the Sea'' is an ode to the region’s fishing culture and the Portuguese influence on the region. Photo courtesy of Countryman Press.

Thali like it is: Regional Indian cuisine on one plate

With chowders, bisques, boils, and stews, Craig Fear pays homage to the seafood of New England.

The nose knows: New memoir chronicles a life in wine

Natural wine enthusiast Alice Feiring chronicles the vintages that chronicle her life in a new memoir.

From casual Taco Tuesdays to an omakase experience that's booked through September, Anajak Thai is named Restaurant of the Year by LA Times restaurant critic.

Dates and eggplants: Summer finds at the farmers market

Chef Ray Hayashi takes a cart of Asian vegetables back to RYLA in Hermosa Beach.