Katianna and John Hong are both accomplished chefs who have tackled an ambitious project in the middle of the pandemic. Yangban refers to a Korean period of aristocracy during the Joseon dynasty when the wealthy maintained the standards for society. Naming their venture Yangban Society is tongue-in-cheek, explains LA Times restaurant critic Bill Addison, and sets the tone for an egalitarian approach to dining.

With a pedigree that includes Melisse and the Restaurant at Meadowbrook, Katianna and John grew up Korean American with wildly different backgrounds. Katianna was adopted into a family with a German-Jewish and Irish Catholic heritage. John grew up in suburban Chicago. Their cooking is an exploration of heritage, surrounded by white culture and returning to Korea. 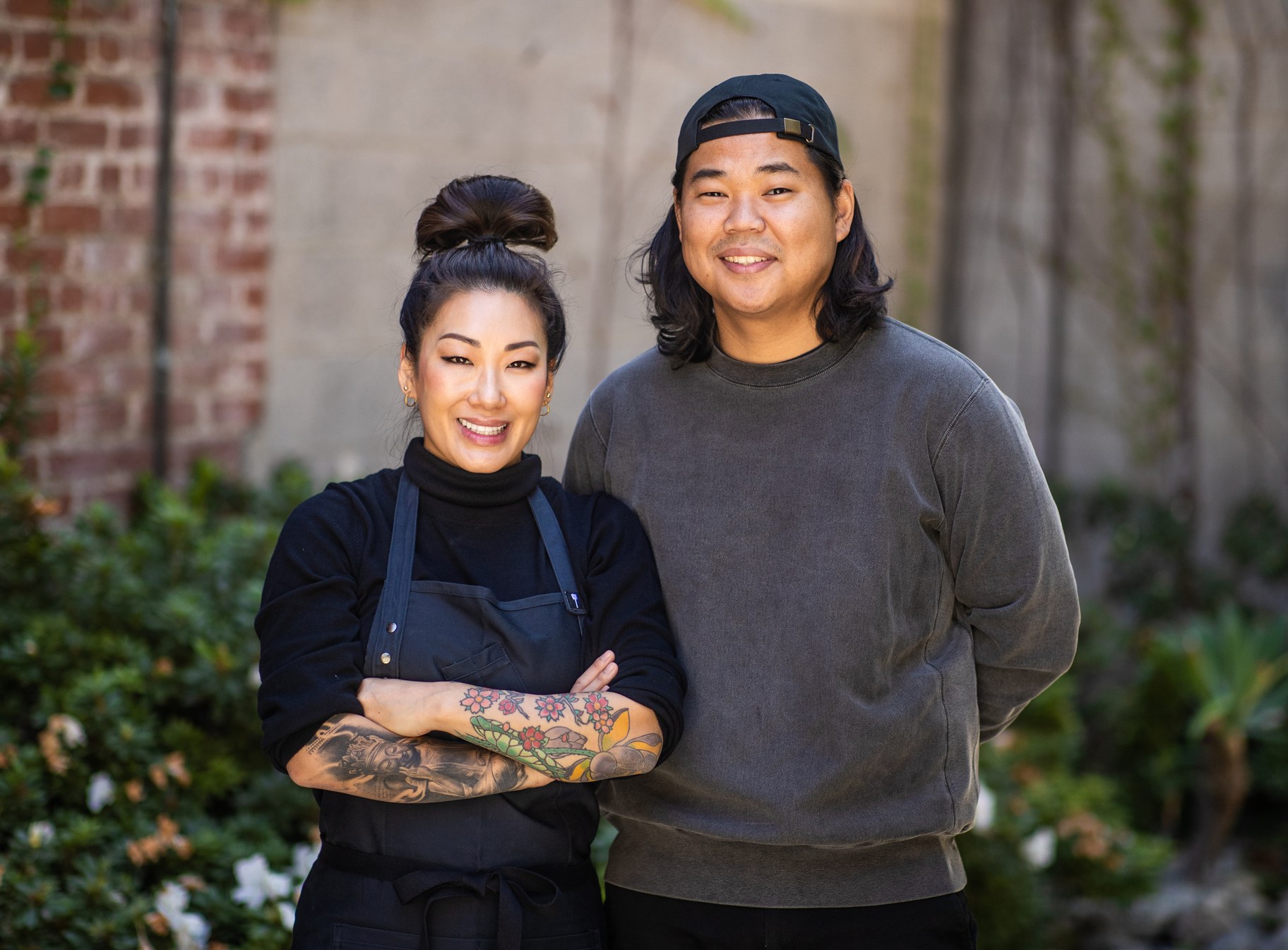 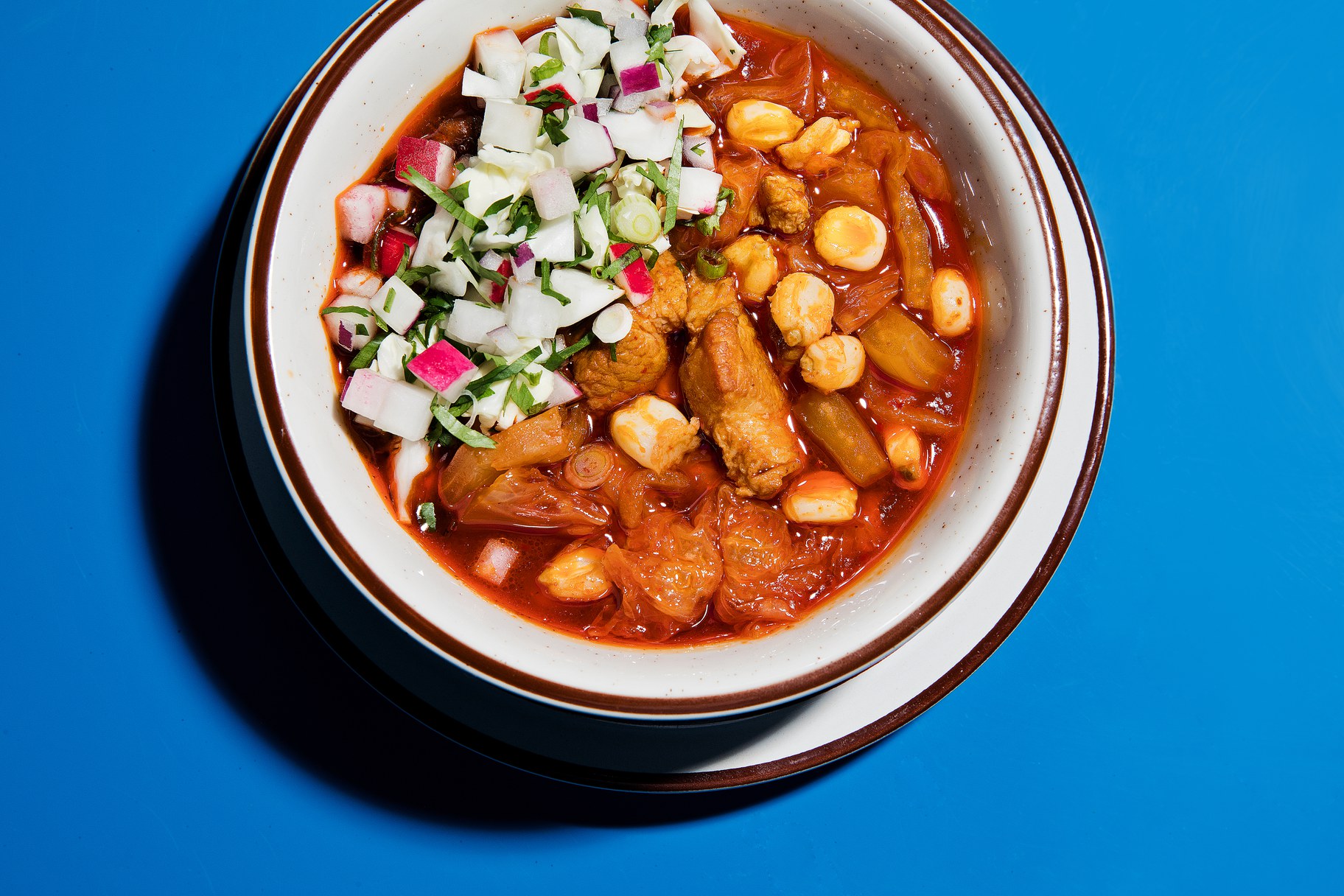 A mashup of deli and Korean cuisine, specials like pork belly pozole are hattips to Los Angeles. Photo by DYLAN + JENI. 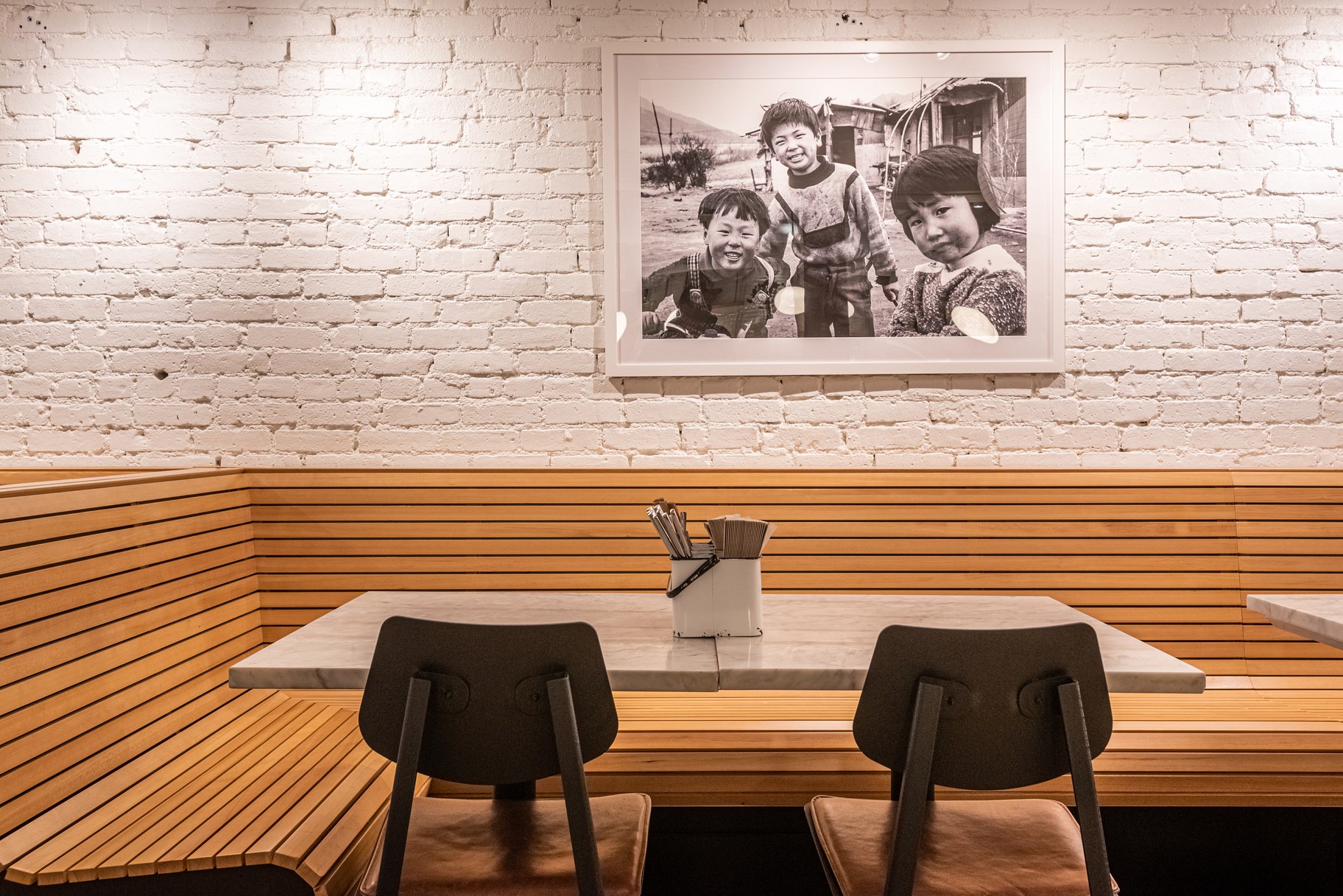