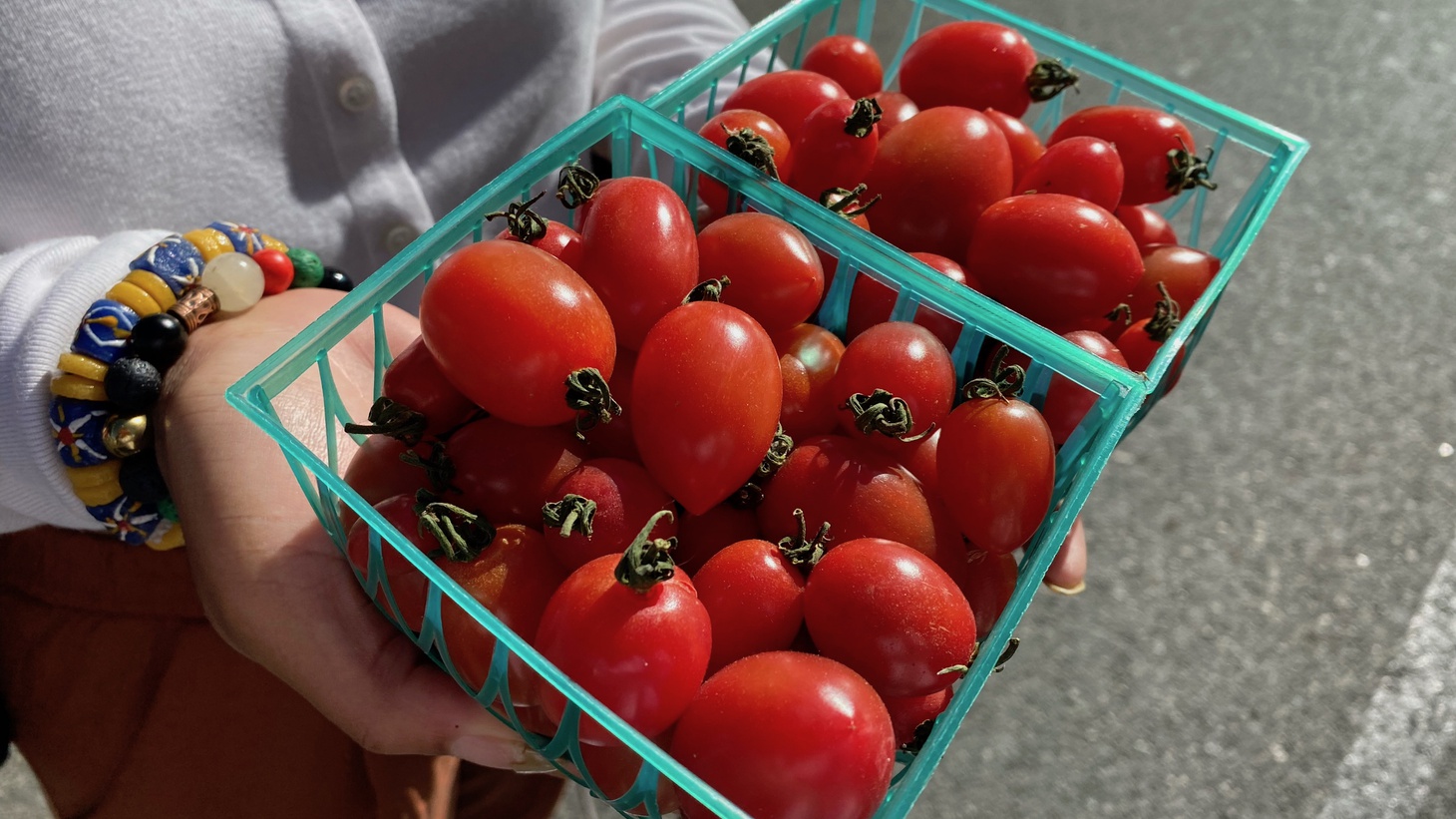 Cherry tomatoes are super sweet and a favorite of chefs. Juan Ferreiro is roasting them at both Great White and Gran Blanco. Photo by Gillian Ferguson/KCRW

Correspondent Gillian Ferguson speaks with chef Juan Ferreiro of Great White and Gran Blanco at the Wong Farms booth, where sun ripened tomatoes are in their second week at the farmers’ market. He is using them for the Great White brekkie by merely seasoning with salt and pepper and roasting with olive oil in the pizza oven. At Gran Blanco, tomatoes appear roasted in a labneh yogurt as part of the mezze platter.

Jason Chamberlin is bringing up tomatoes from Wong Farms in Mecca. He explains that with a warmer winter and a hydroponic process, they are able to harvest tomatoes early in the season. Nutrients and minerals are added to the water which is circulated 24-7 and not lost through evaporation or leeching, which occurs during conventional growing in soil. Certain varieties of tomatoes work better in hydroponics. This year, Wong Farms is planting in October and November, experimenting with cherry, beefsteak, and heirloom varieties. 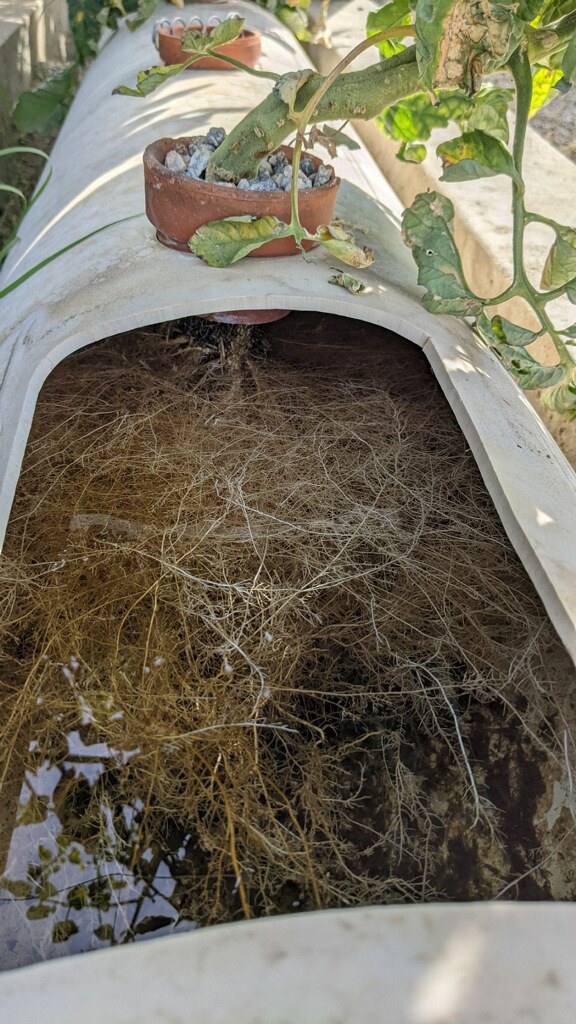 "The clay pot holds the plant and root in the pipe. The roots free-float in the water." Photo by Jason Chamberlain.