The repertoire of Thai cooking is full of incredibly delicious noodle dishes. From the brothy to the pan-fried, they’re the stuff of cravings. Plus, you can customize them in endless ways, adjusting them to your palate. Pok Pok chef and founder Andy Ricker shares how he recreates some of his restaurants’ most popular noodle dishes at home. It’s the subject of his latest book, "Pok Pok Noodles: Recipes from Thailand and Beyond." It's  the final installment in the Pok Pok trilogy of books. 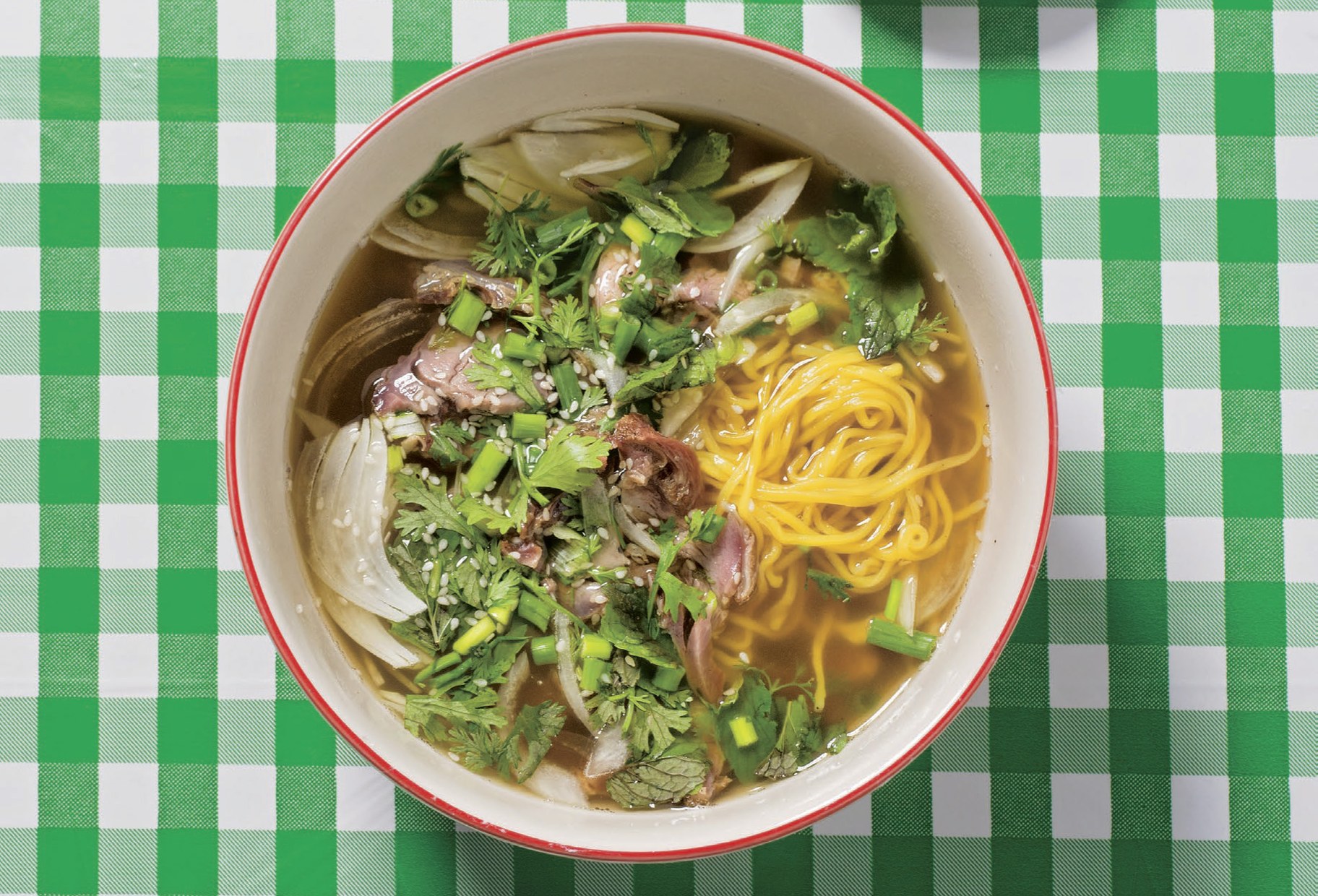 Most noodle dishes in Thailand are Chinese in origin, owing to waves of immigration from China at the end of the 17th and 19th centuries. The Chinese culinary influence was accelerated by Thailand’s urbanization, when people started migrating to cities in greater numbers, Ricker explains. “These workforces needed something to eat that was quick and easy," he says. "And the influx of Chinese traders and workers there, the tradition of serving noodles like this came with them.”

Thai people then adapted these new dishes to their own palate. 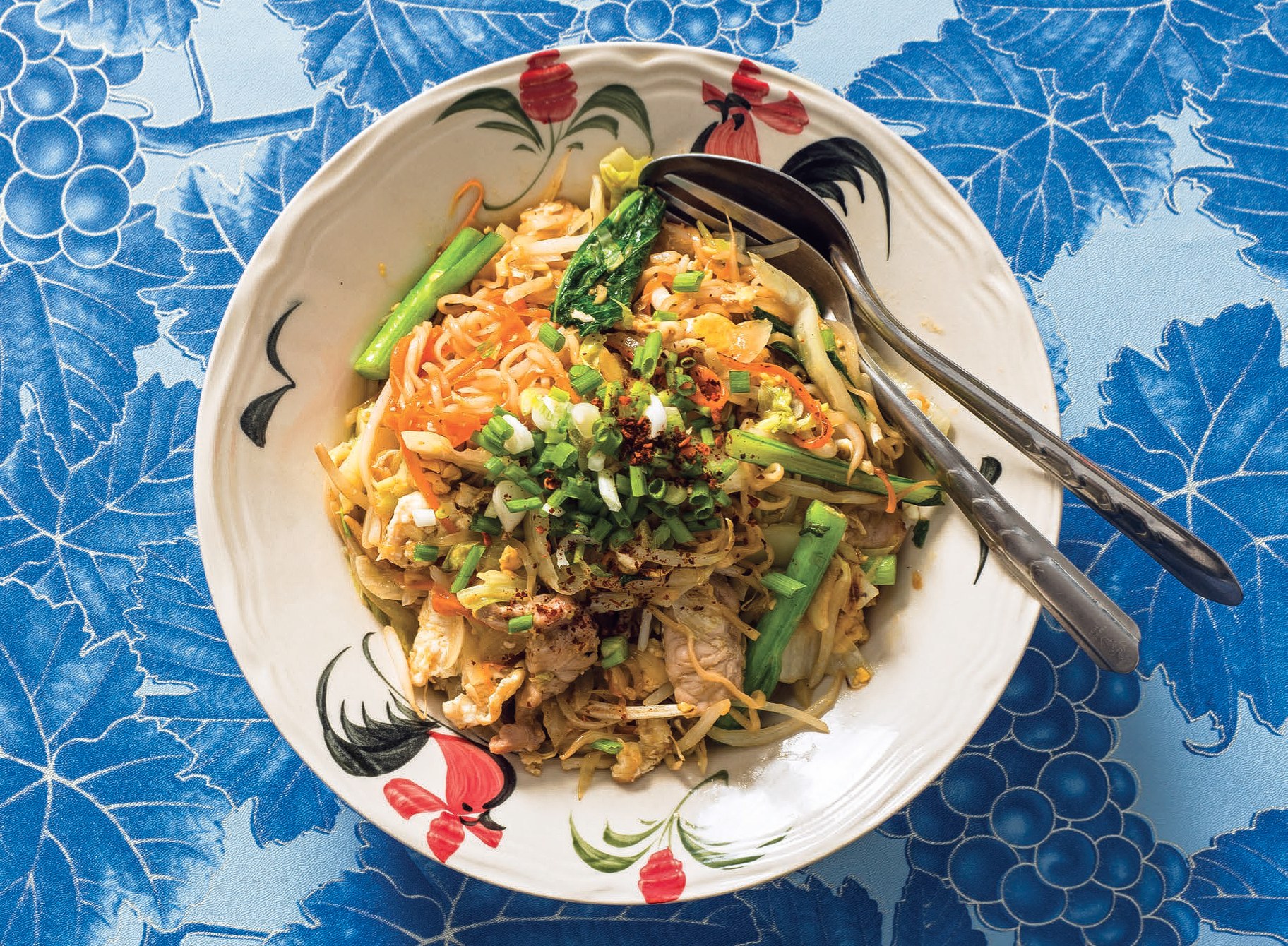 I was meeting my friend Ajaan Sunee for lunch at Chiang Mai University when I first encountered this unassuming stir-fry. Ajaan Sunee, the college’s home ec professor at the time, took me to the school’s cafeteria, which students swarmed between classes. In particular, they crowded around a vendor renowned for her MAMA phat. The dish is typical college-kid fare—economical, simple, filling. It was a testament to this cook’s talent that she could inspire such enthusiasm for what is essentially a collection of the least expensive ingredients available—cabbage, carrot, onion, and briefly boiled instant noodles—tossed for a spell in a hot wok. Made with care, though, the dish transcends its status to become something I’d gladly eat any time.

Compared to most versions, this recipe calls for a goddamn panoply of vegetables, all of which count as suggestions that you can take or leave. One of the great things about MAMA phat is that it’s a delicious fridge-clearer. Virtually any vegetable is welcome. The pork, too, can be swapped at will for shrimp, chicken, or tofu. Just don’t get fancy with the noodles.

Prep the Pork
In a small bowl, combine the pork, garlic, seasoning sauce, fish sauce, and pepper. Mix well with your hands, then let marinate for 5 minutes or so.

Memoirs of a food media pioneer

The restaurant business is tough, but the food media world can be just as precarious in many ways. Ed Levine is the founder of Serious Eats , one of the first big...

The repertoire of Thai cooking is full of incredibly delicious noodle dishes. From the brothy to the pan-fried, they’re the stuff of cravings. Plus, you can customize them...

Grace Young is here to be your wok therapist

Grace Young is an award-winning author of books like “ Breath of the Wok ” that demystify the art of wok cookery. Still, her inbox is regularly flooded with questions about...

Blenheim apricots are a treasure worth preserving

Blenheim apricots are a beloved Californian fruit, though orchards have been in decline for years . Nonetheless, some farmers like Mike Cirone of See Canyon in San...