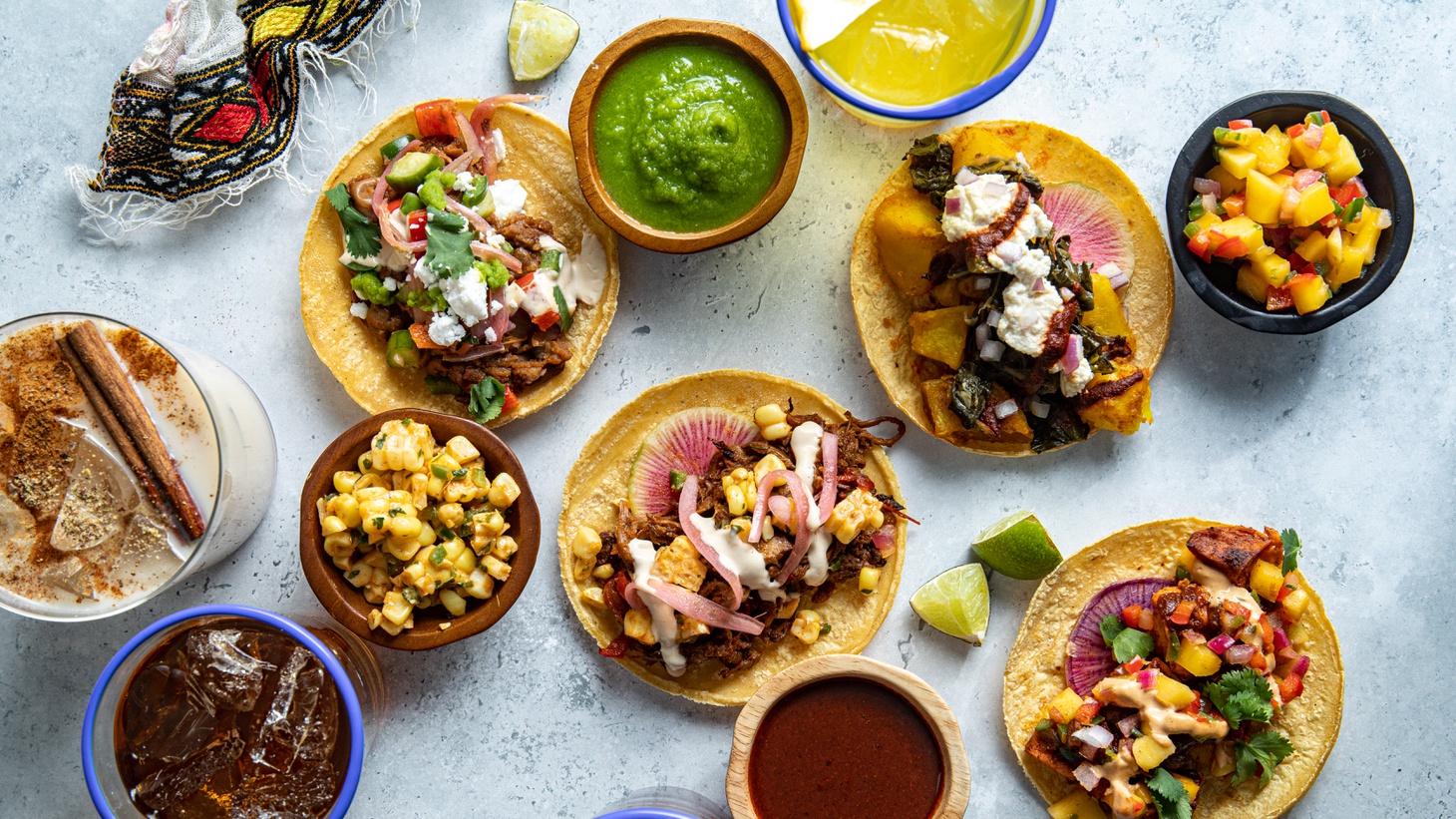 Originally opened by mother and daughter founders Azla Mekonnen and Nesanet Abegaze in the Mercado la Paloma in downtown Los Angeles, Azla Vegan relocated to Leimert Park. They have recently pivoted their concept, something Abegaze says she envisioned a few years ago. “Mexico! Mexico!” is an Ethiopian fusion taqueria that explores the diplomatic relationship between the two countries.

For this edition of “In the Weeds,” Abegaze explains her siblings’ turn to a plant-based diet and her mother’s adjustment to cooking for her children. She also makes recommendations for Ethiopian tacos and burritos, including the Dembiya taco with jackfruit tips, and the Gomen Face Killah burrito with potato, kale, collards, and ayib, a plant-based cheese sauce. 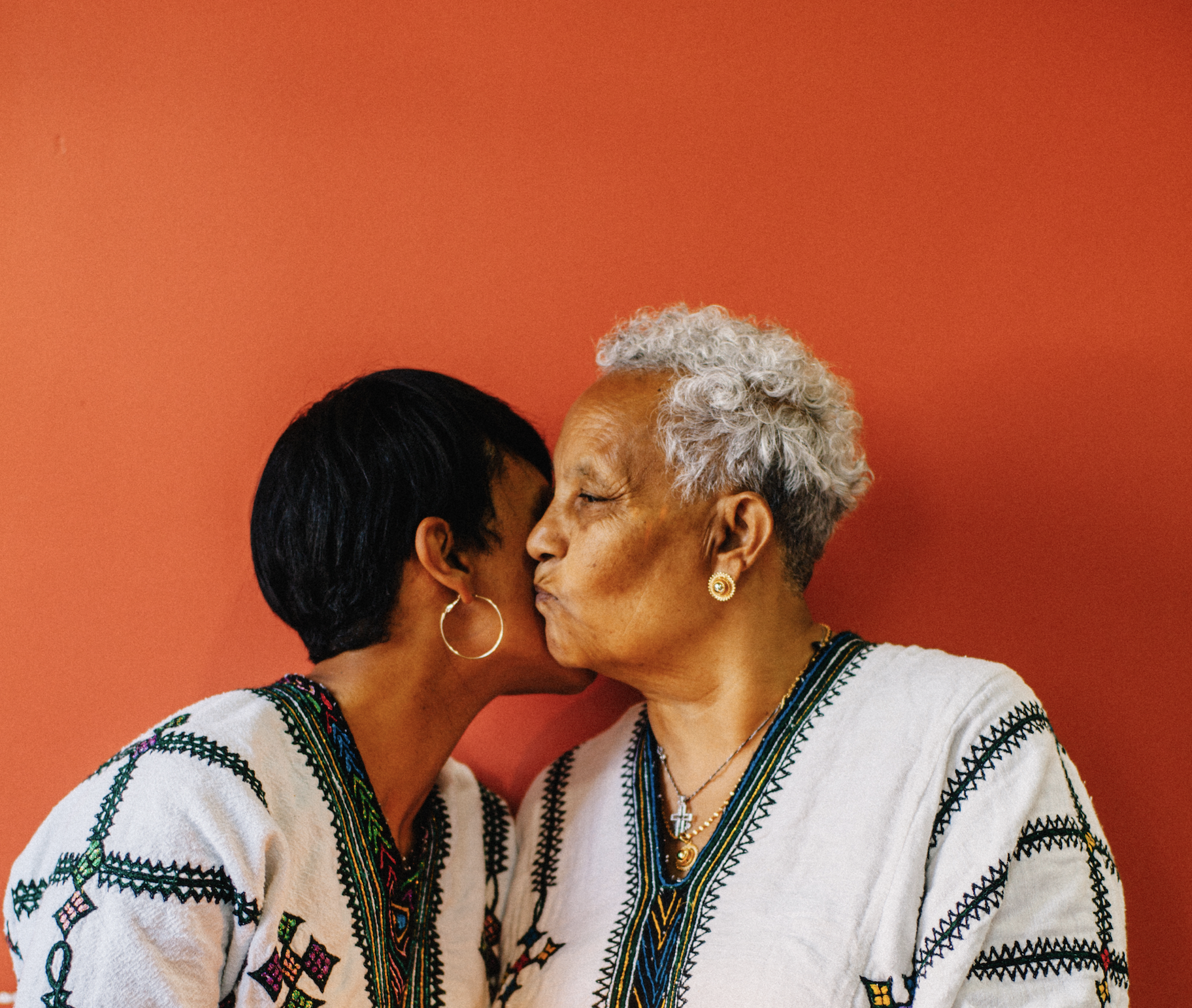 Chef Azla Mekonnen came out of retirement to open a restaurant with her daughter that was inspired by her childrens’ turn to a plant-based diet. Photo by Haley Davis. 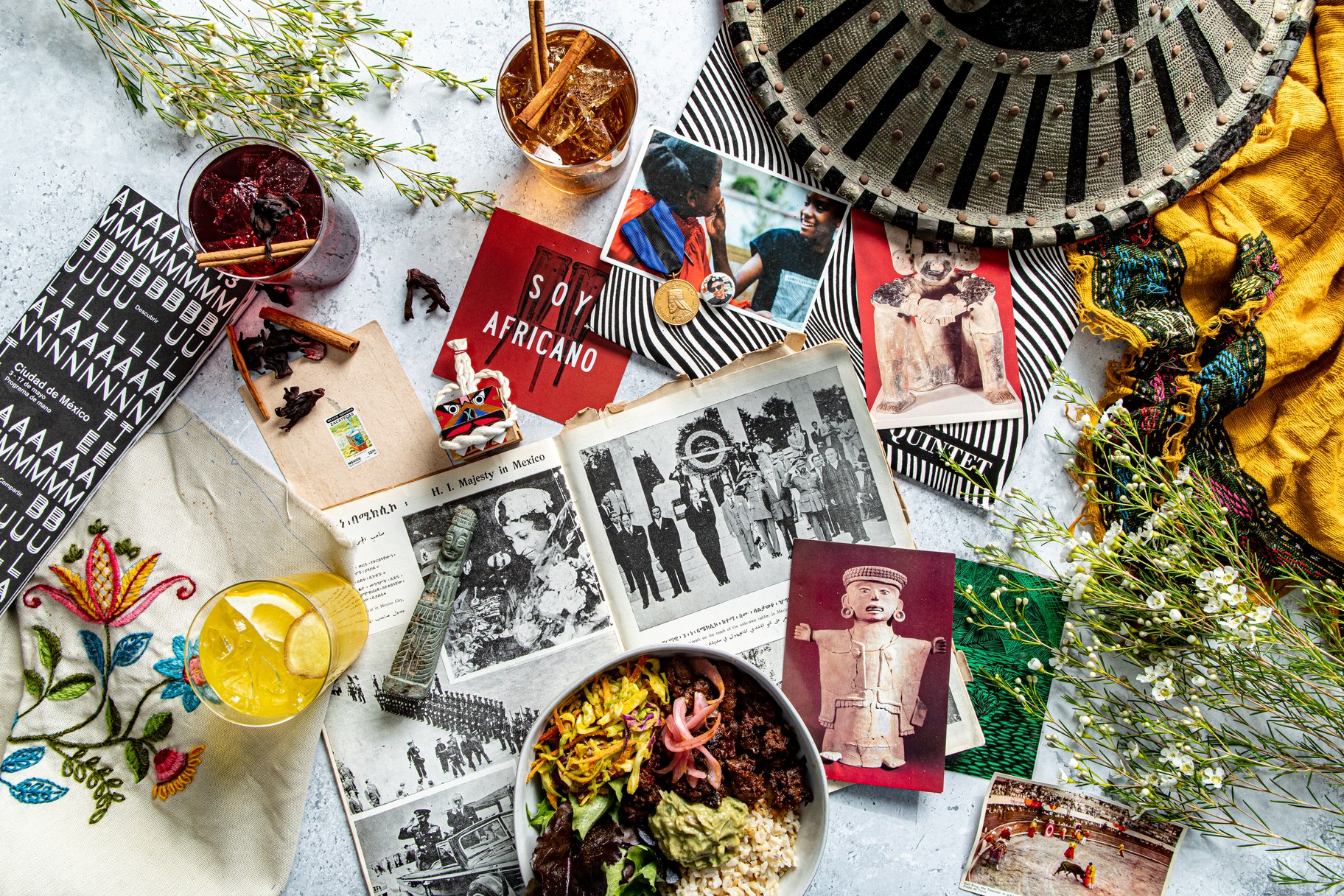 Abegaze used scans from her older brother's collection of historical documents to tell the story of Ethiopia's diplomatic relationship with Mexico as part of Azla Vegan’s new fusion concept. Photo by Haley Davis.