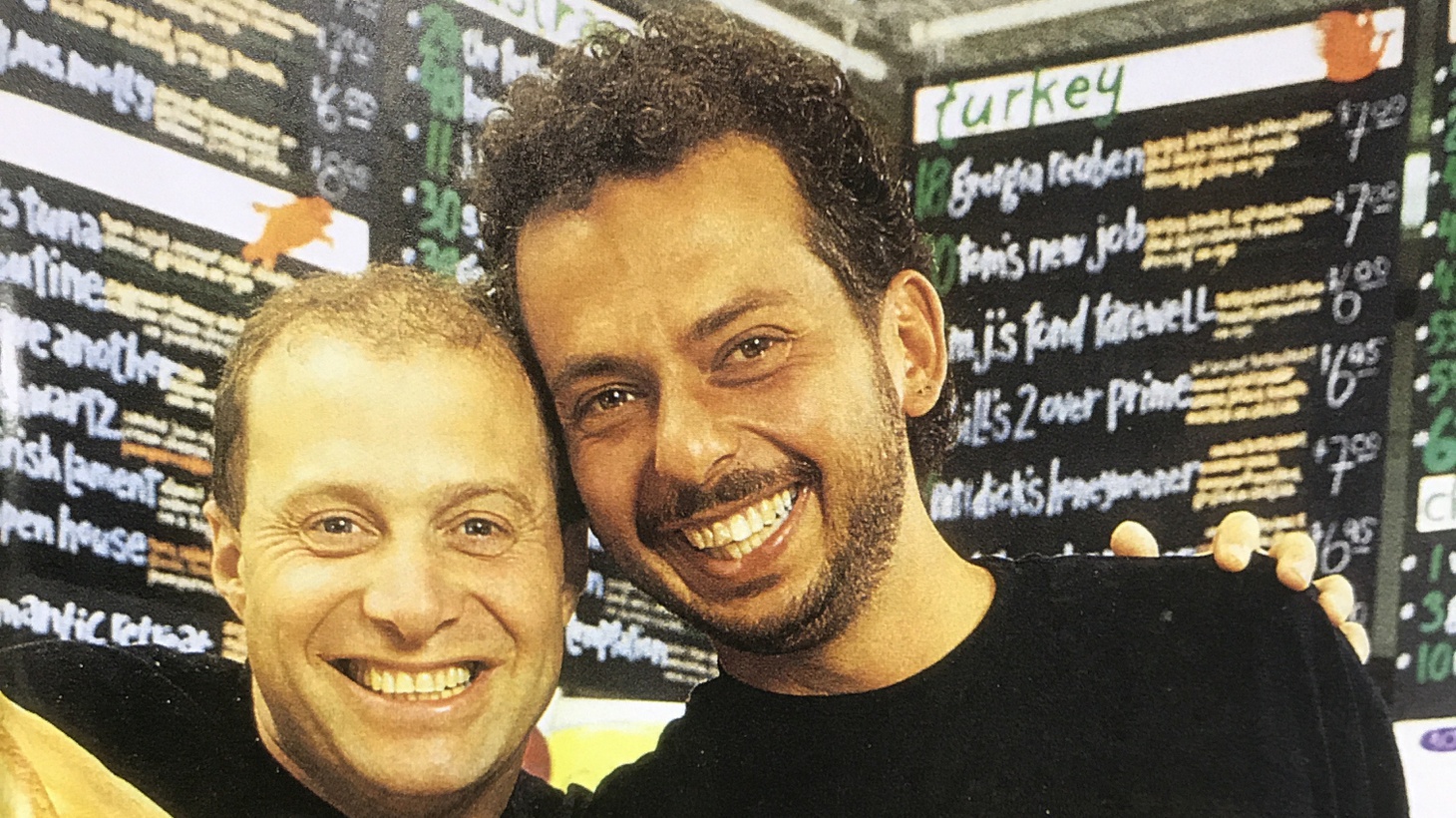 Paul Saginaw and Ari Weinzweig met when Saginaw was managing a restaurant in Ann Arbor and Weinsweig was looking for a job. They opened Zingerman’s in 1982, offering big sandwiches with Russian dressing that would drip down the arms of the community. The Jewish deli tradition could be found across America, including nearby Detroit, but the menu was a novelty in the college town.

The deli received national attention which spawned a mail order service, using cartoon depictions in their marketing and keeping products fun and accessible. Their popular Bakehouse was born out of necessity, as driving 50 miles to and from the Detroit suburbs for rye bread became cumbersome.

Journalist Michele Maynard profiles the business and the men behind the brands in “Satisfaction Guaranteed: How Zingerman’s Built a Corner Deli Into a Global Food Community.” As she conducted her research, Maynard heard echoes of comments about quality, reminiscent of her coverage of the automobile industry for the New York Times. Saginaw revealed he was fascinated by W. Edwards Deming, who worked for Ford Motor Company in the 1980s as the company competed with the Japanese market. Zingerman’s took concepts about quality service in large corporations and infused them into their corner market business. 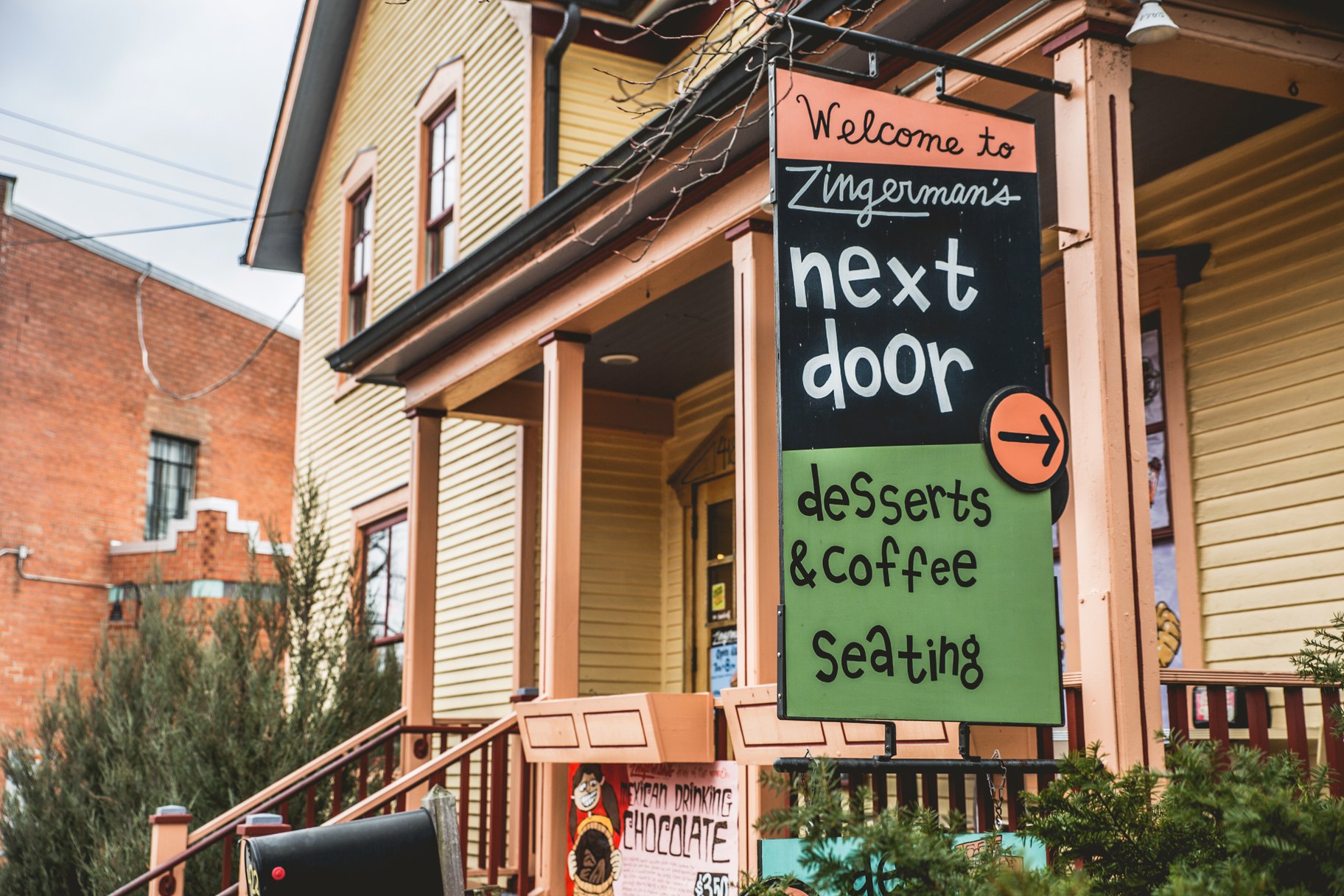 A community of business was born from Zingerman’s including a mail order service, a bakehouse, and creamery, and coffee roastery. Photo courtesy of Zingerman’s. 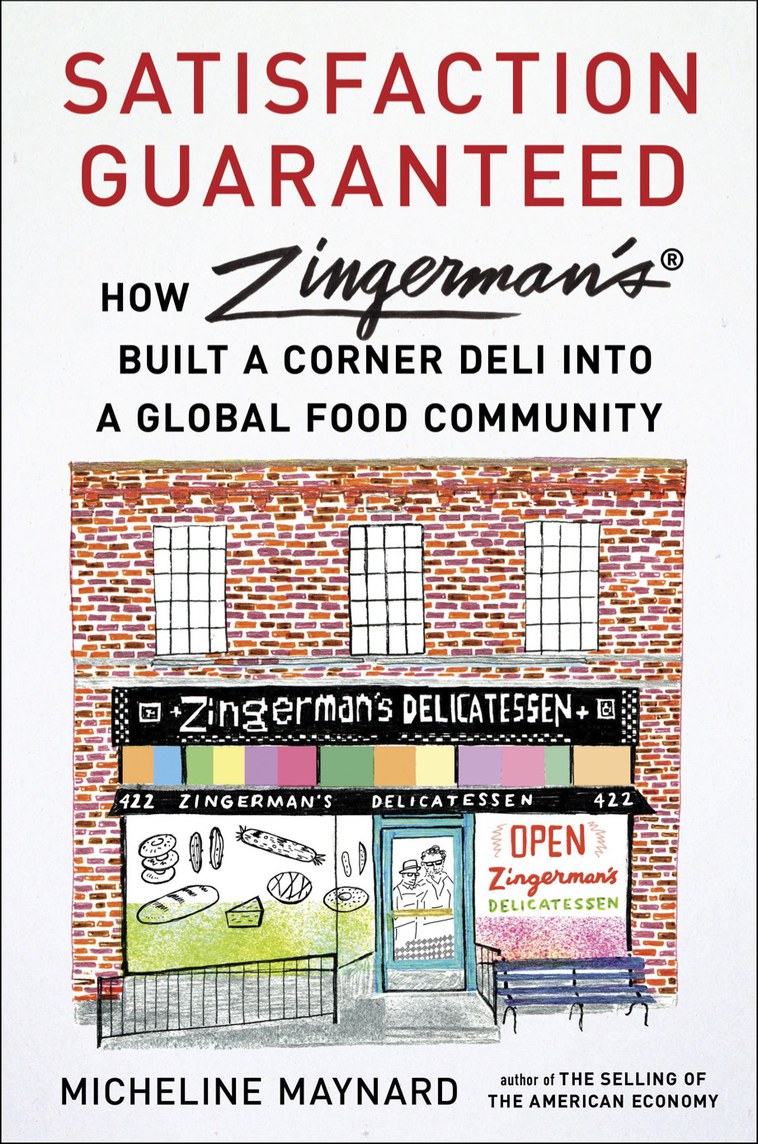 When Michele Maynard met Ari Weinzweig on March 15, 2020 to discuss writing “Satisfaction Guaranteed,” he told her he just had the worst day of his life, having just laid off 300 people. Photo courtesy of Scribner.