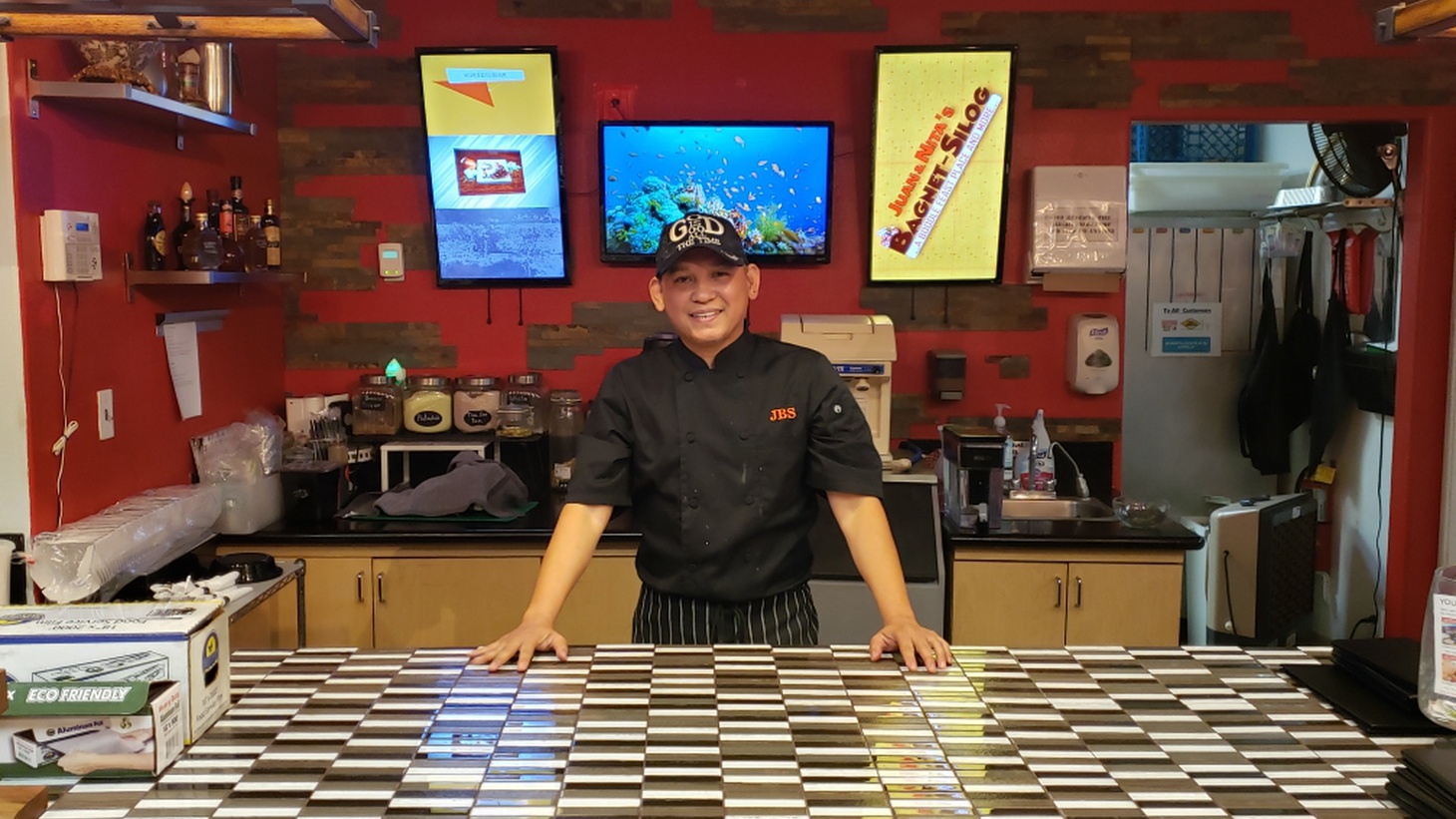 Doctors, nurses, firefighters, and even clergy eat for free at Juan & Nita’s Bagnet-Silog in Santa Clarita. Melvin Blanco still works as a registered nurse but opened the restaurant during the pandemic, named after his parents and the Tagalog words for pork belly and fried rice with egg.

Blanco recalls delivering food with his mother in Manila while he dreamed of owning a restaurant. His first job was cooking at Jollibee in the Philippines. When he moved to the US in 1990, he got a job at Wendy’s and enjoyed cooking for friends in his downtime. When his father was diagnosed with cancer, Blanco pursued a career in the nursing profession.

Blanco is the subject of this week’s “In the Weeds.”