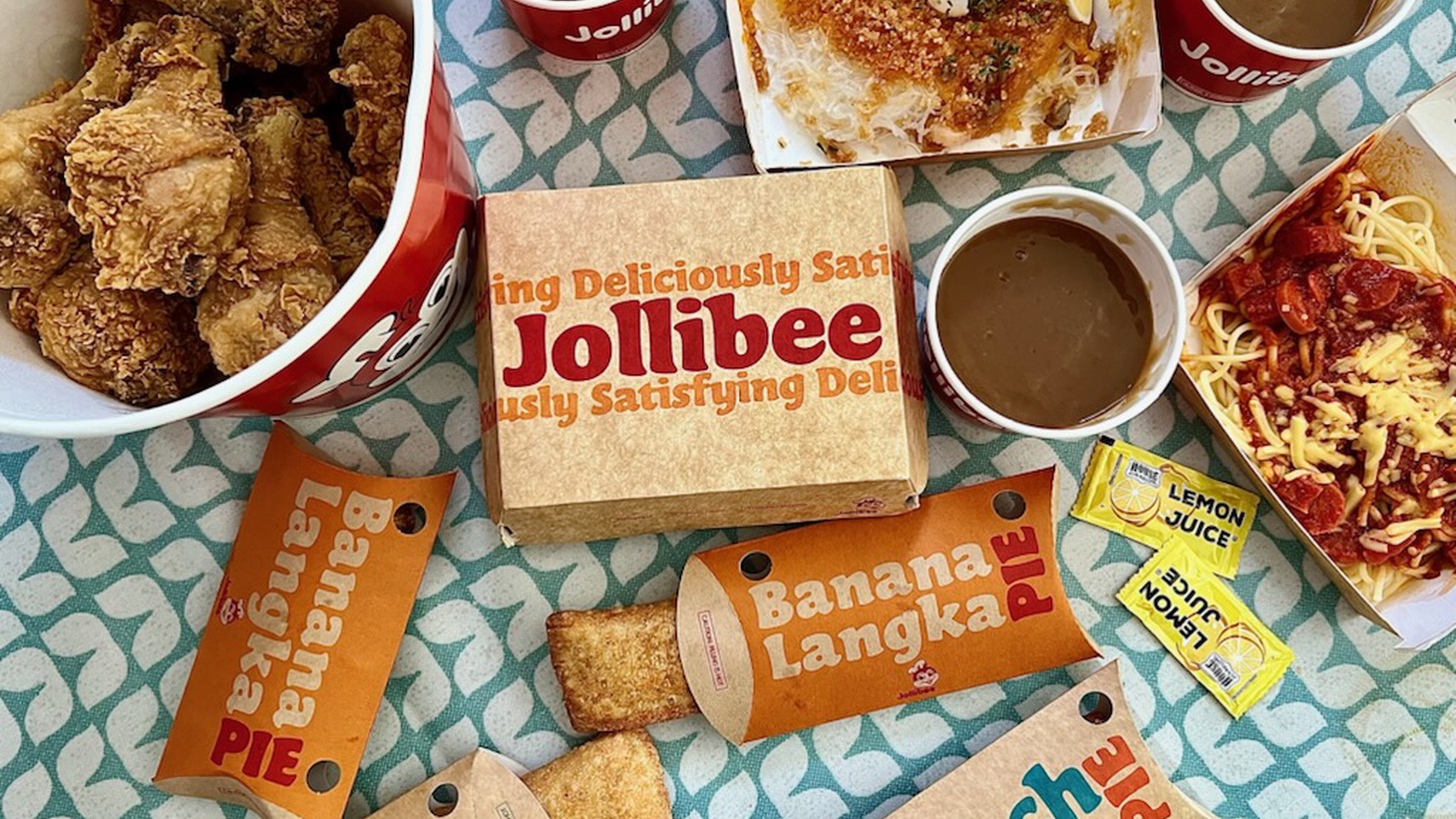 Jollibee is a chain of restaurants originating from Quezon City in the Philippines. Originally an ice cream franchise, it started adding savory food to the menu. USC Professor Karen Tongson recalls visiting Jollibee for the American-style burgers, and it wasn’t until the company opened its first stateside restaurant in Daly City, where her grandfather happened to reside, that she started exploring the menu.

“In the pantheon of fried chicken, it’s somewhat closer to Popeye’s than Kentucky Fried Chicken with its 11 herbs and spices,” says Tongson. Rounding out a Jollibee feast, or fiesta as noted on its menu, are the Jolly Spaghetti and Palabok Fiesta. The spaghetti is served with tomato sauce, hot dogs, and cheddar cheese, which Tongson likens to a military-inspired boot knocker stew. The palabok is a dish of rice noodles with a shrimp-based sauce, garnished with crushed chicharron, shrimp, and sliced boiled egg. “This is the kind of thing I remember getting as a kid for lunch at school. It’s my jam and what my mom makes when she knows I’m coming to visit,” she says.

She adds, “Jollibee is a taste of home. It’s where I’ll get food to entertain a group of friends and expose them to some sort of entry-level Filipino food.”

The company is opening a location in downtown Los Angeles with plans to expand globally.