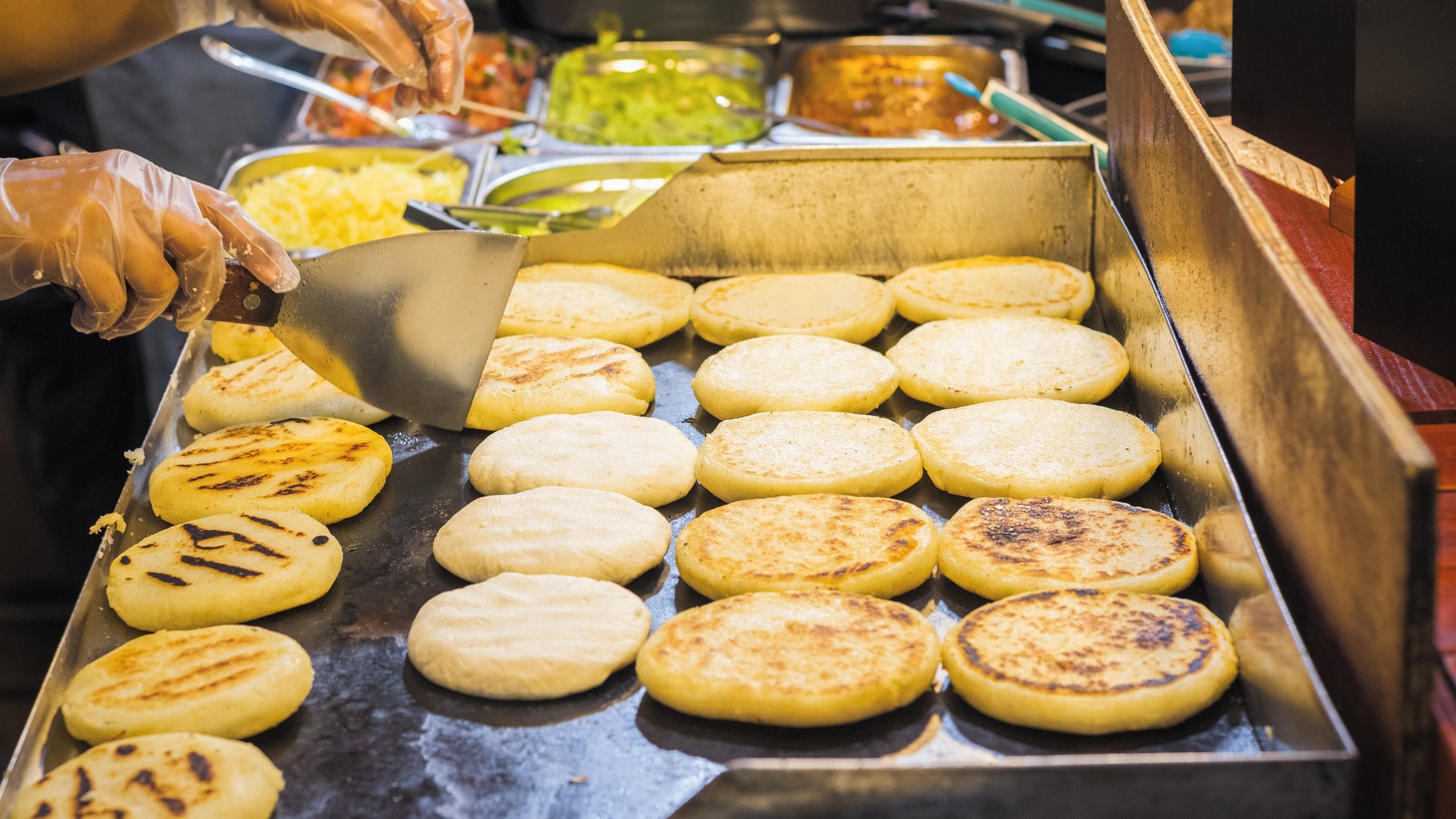 A street vendor's pupusas cook on a portable griddle. With complaints of trash and bad odors, street vendors along the El Salvador Corridor were forced to shut down. Community organizations like the Salvadoran American Leadership and Education Fund (SALEF) are working with vendors facing displacement. Photo by Shutterstock.

For more than 20 years, the El Salvador Corridor in Koreatown (on Vermont Avenue between 11th and 12th streets) has showcased a wealth of vendors offering pupusas, mariscos, tacos, produce and trinkets. In early May, sanitation officials shut down the area's street vendors. Similar sweeps have been made in MacArthur Park, Lincoln Heights, and downtown LA. Wherever street vendors pop up, enforcement officials eventually follow.

Janette Villafana is a journalist and correspondent for L.A. Taco, where she covers street food and this newest skirmish in the ongoing battle between street vendors and government officials.

Villafana says, "Right now, one of the [laws] that's really being pushed by vendors is SB 972. It'll modernize the food code, and would allow so many [food] vendors to be able to sell without the fear of being ticketed or having other things taken away because they don't have the golden ticket permit. ... Vendors are also looking to see what LA is going to do to help vendors, and if they can't change the state law, what can LA do to be able to make this pathway a little bit easier?"