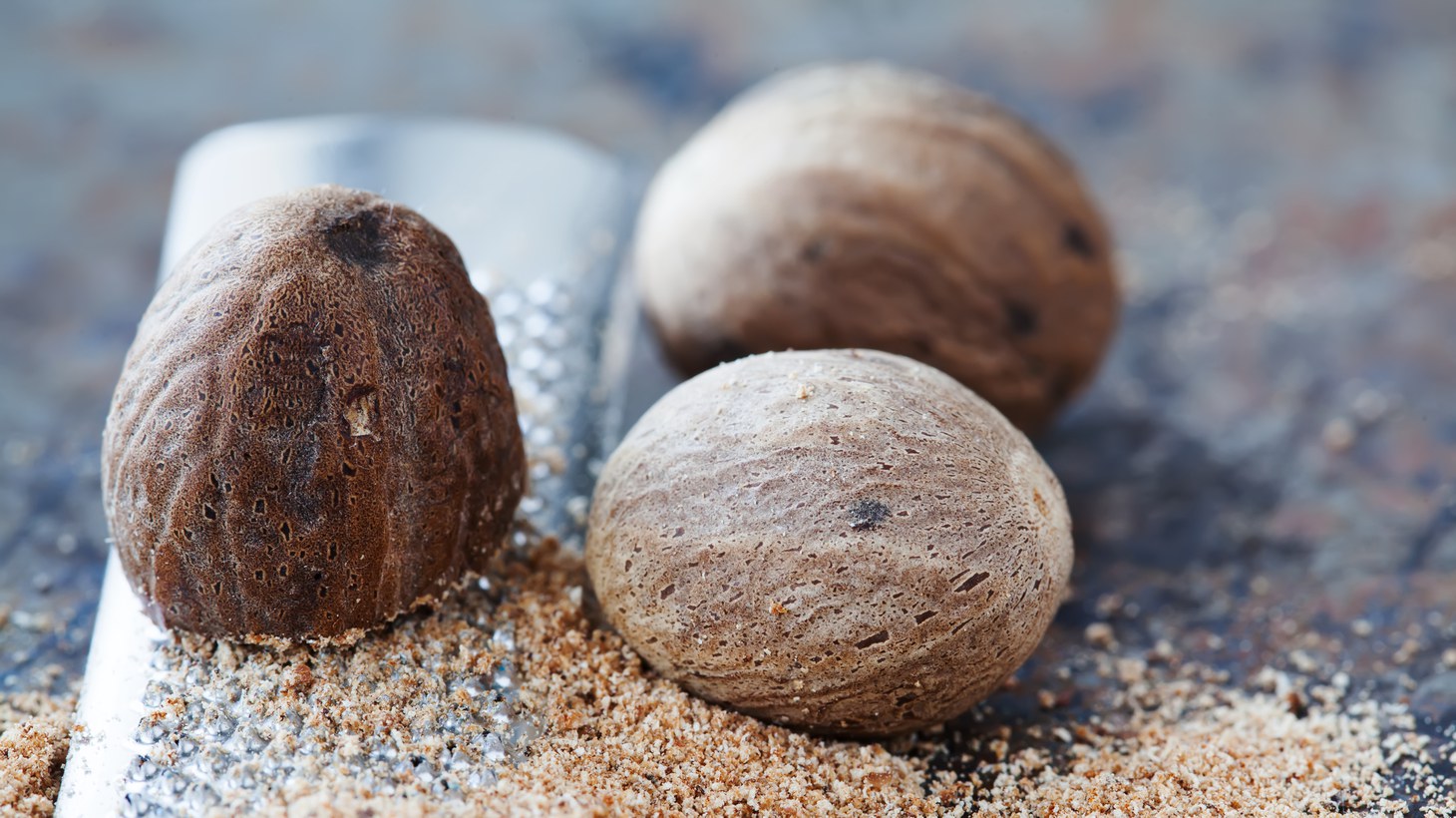 The spice trade dates back 4,000 years and it laid the foundation for globalization and the human exchange of ideas, languages, religions, and cuisines. The lure and value of spice in Europe was particularly pronounced in the 15th and 16th centuries when explorers laid early colonial paths in search of spice.

With its range of tasting notes, nutmeg is used universally among global cuisines in spice blends. Initially, nutmeg only grew on 10 remote islands in Indonesia. The spice was so coveted and esteemed that in 1667, the British traded the island of Run to the Dutch for Manhattan.

Nutmeg, cinnamon, and cardamom are components of garam masala, a warming spice used in small quantities on the Indian subcontinent, and is generally added by the teaspoon toward the end of the cooking process to lift the flavors.

Eleanor Ford researches the common traits of spice blends with different flavor profiles from around the world in her book, “The Nutmeg Trail: Recipes and Stories Along the Ancient Spice Routes.”

Too often a bit part player, peppercorns here shine as the star performer. Used in quantity, they bring a bold piquancy that hints at an early Asian heat before chilies were brought to the continent. This is balanced by their fragrance as well as by a tangle of sweet, caramelized onions. Use Tellicherry peppercorns if you can as they are especially grassy and bright.

Pepper is native to the steamy, knotted jungles of the Indian Ghats, thriving in the cycles of heavy monsoon rain and sultry heat. Walk through rural areas during harvest and you will have to weave around patches of peppercorns left out to dry in the hot sun.

Black peppercorns from southern India hold a big sway in Asian food, where there has been a taste for heat long before chile arrived. The peppercorns in a Keralan black pepper chicken recipe are layered to create heat and depth of flavor. Photo by Ola O. Smit.

Carrot thoran, a coconutty stir-fry somewhere between a salad and relish. Mix together 3 grated carrots, a large handful of shredded cabbage, a handful of grated coconut, a finely sliced onion, 1–2 slit green chilies, ½ teaspoon ground turmeric and a good pinch of salt. Heat a little oil, add ½ teaspoon black mustard seeds and let them splutter, then add 6 fresh curry leaves. Stir through the carrot mixture, turn the heat down and cover. Cook for about 10 minutes, stirring once or twice, until tender. Remove the lid and stir-fry for another couple of minutes. 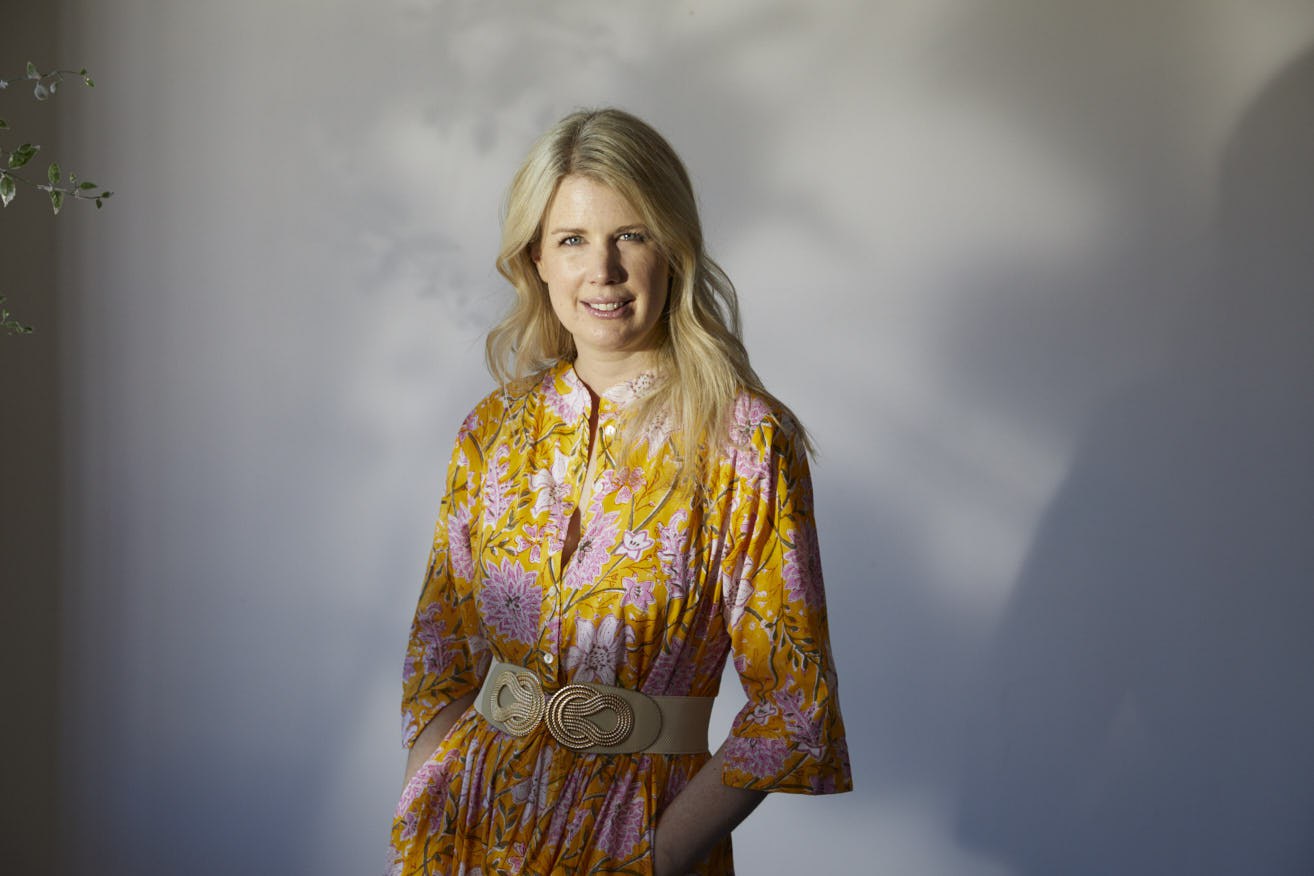 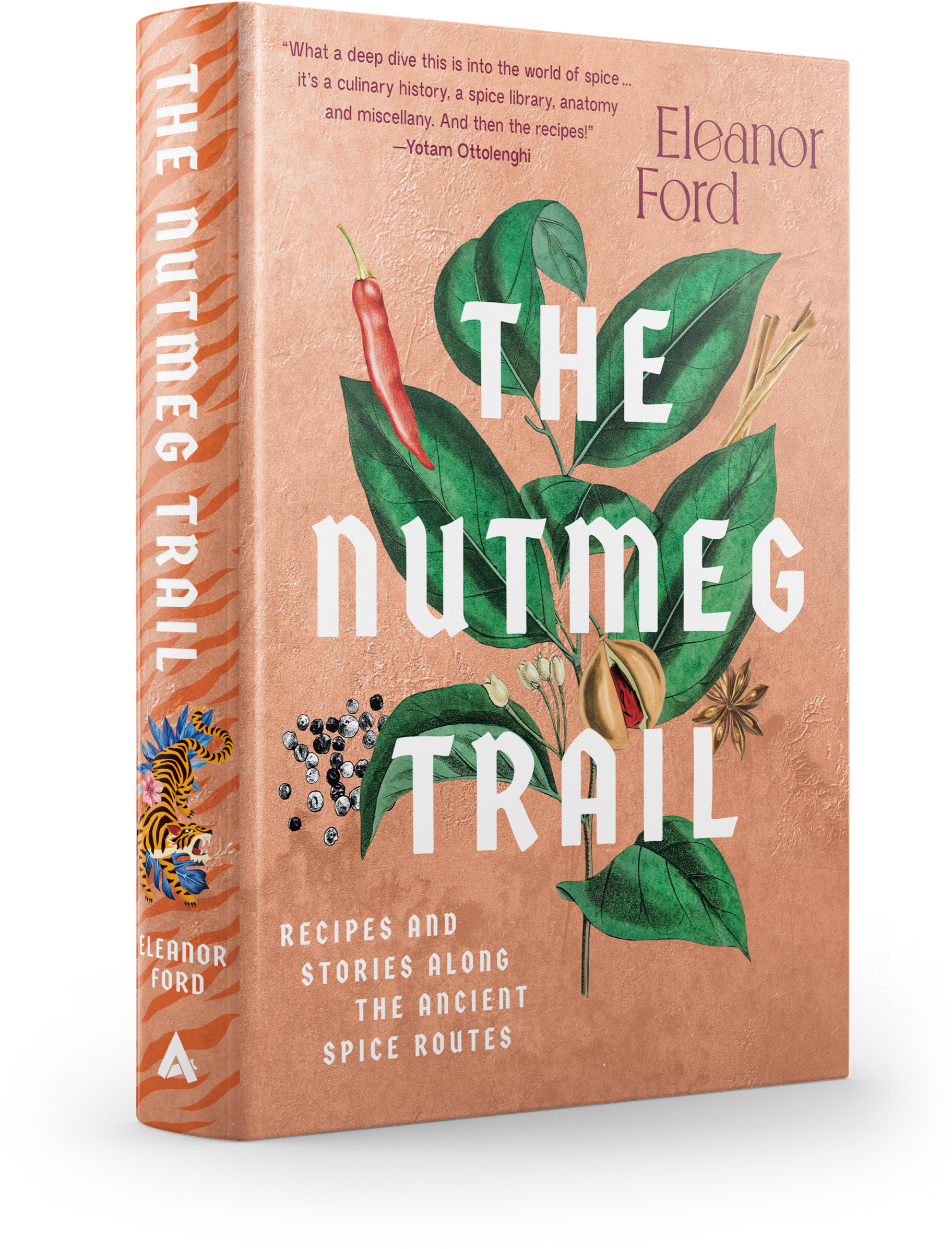 Food and travel writer Eleanor Ford explores how the winding path of the spice trade shaped the world’s cuisine in her latest book, “The Nutmeg Trail.” Photo courtesy of Apollo Publishers.