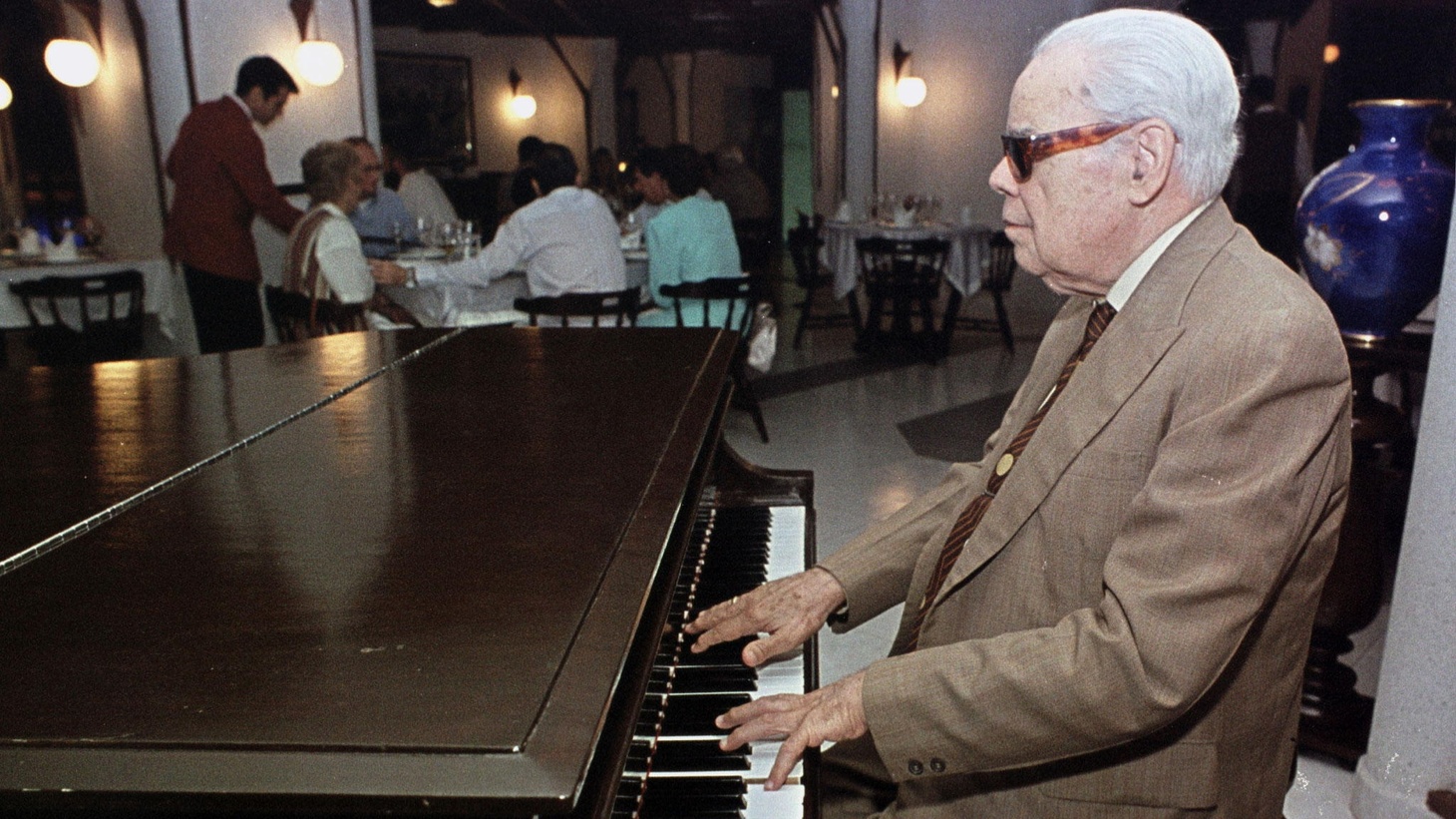 Frank Emilio Flynn (1921-2001) was a giant of Cuban music. We were so lucky to get him into the KCRW studio back in 2001, only because a relative of his worked at SMC and let us know he was in town. Flynn was born in 1921 to a Cuban mother and American father and was blinded by a botched procedure at birth. Despite that, he was a child piano prodigy and won a big contest at 13. He completed piano studies at a Cuban music school for the blind.

Flynn soon rose to the top of young Cuban pianists, excelling in danzón — a cuban musical dance style — and the filin music scene, a popular song style in the 1940’s. He later recorded with greats such as Francisco Fellove and the Conjunto Casino. One of his last albums came in 1999, “Ancestral Reflections,” for Blue Note records. That record blew me away, so I was thrilled to have him in the studio in 2001. I loved his economic style, harmonies, and melodic inventions. We pulled together an all-star group to honor him in the studio that day so long ago.