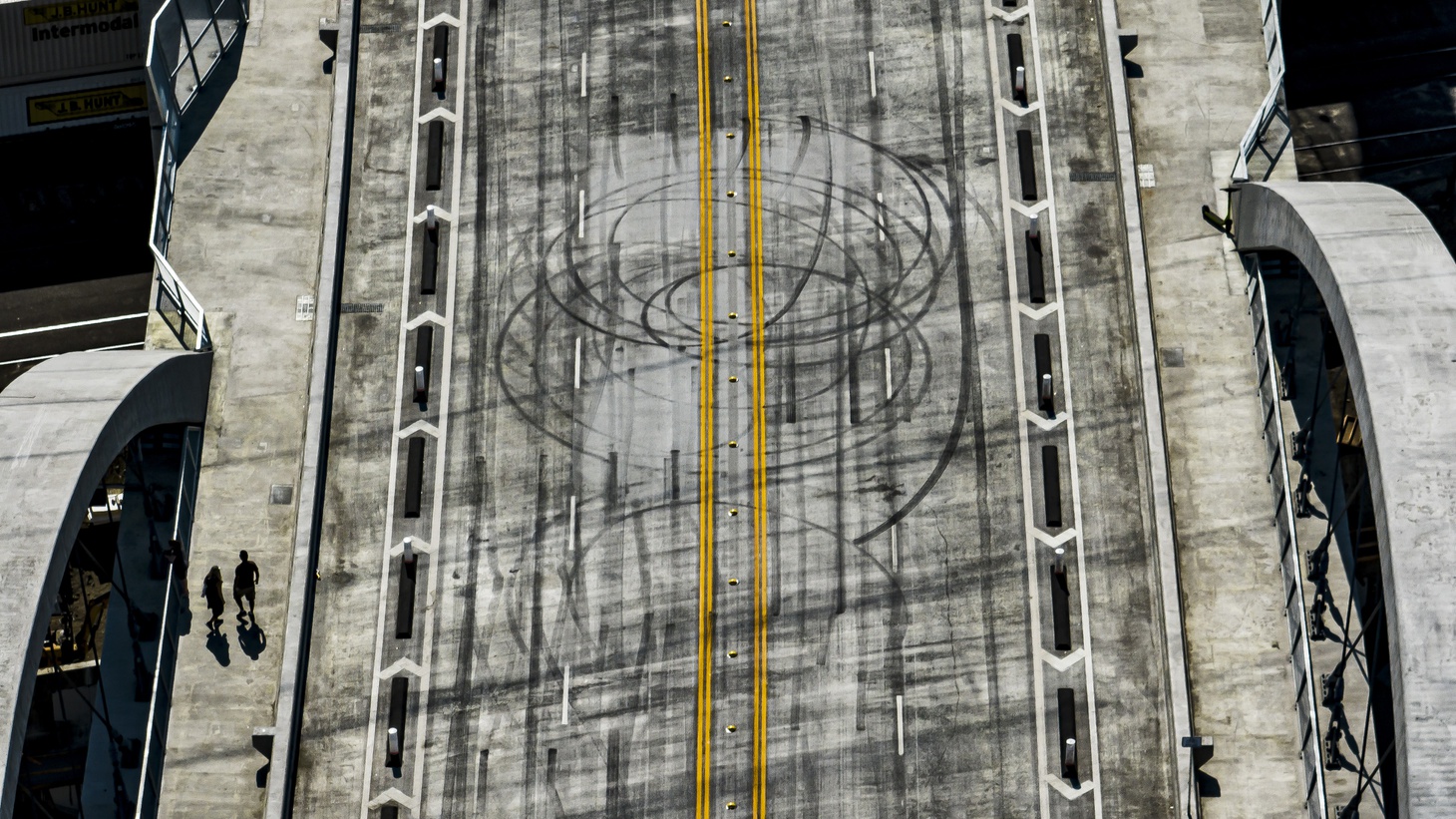 The new 6th Street Bridge, which opened on July 10, 2022 and cost $588 million to construct, is now undergoing repairs due to misuse by the public. The City of LA must fix the damage caused by graffiti, car sideshows, and fireworks. Credit: Ted Soqui/Sipa USA via Reuters Connect.

LA’s 6th Street Viaduct opened last month, connecting the Downtown Arts District to East LA. The bridge it replaced was built in 1932 and appeared in “Grease” and “Transformers.”

The viaduct has become just as famous as its predecessor, maybe even infamous. Street racers have made national news for taking over the bridge to perform stunts, donuts, and burnouts. And night after night, the Los Angeles Police Department has shut down the bridge, citing safety concerns.

Why has the viaduct drawn so many large crowds? It’s visually appealing and has lots of space for pedestrians, says LA Times columnist Carolina Miranda.

“It is pretty stunning to look at. And when people see a picture of something that looks really interesting, they want to go see it for themselves. We do live in the age of Instagram,” Miranda explains. “I also think that this bridge [is] serving a public need. LA lacks so much public space, where you can stroll, where you can hang out, where you can just be in the evening. And it's clean and well lit.”

She points out that the bridge provides outdoor spaces for park-poor communities, such as Downtown LA and Boyle Heights.

“Boyle Heights has less than a fifth of the park space that the average Angeleno does. And so I think part of this clamor … speaks to this desperate need for places where you can just go and hang out,” she says.

There’s no fee to check out the bridge, which makes the space even more attractive. “This bridge is totally free. It's a truly public space and I think to some degree, it shows how lacking we are in those types of spaces in the city.”

What could happen if Trump supporter Mark Finchem becomes secretary of state?

Mark Finchem, a member ​​of the Arizona House of Representatives and the far-right Oath Keepers, is now the Republican nominee for secretary of state.

Alex Jones is confronted with lies in court. He’s also linked to insurrection

New texts from Alex Jones’ phone indicate he may have withheld evidence during his defamation case against the families of victims in the Sandy Hook shooting.

The repertoire of raw or lightly-cured fish on offer in Southern California restaurants is epic and includes crudo, sashimi, poke, ceviche and aguachile.