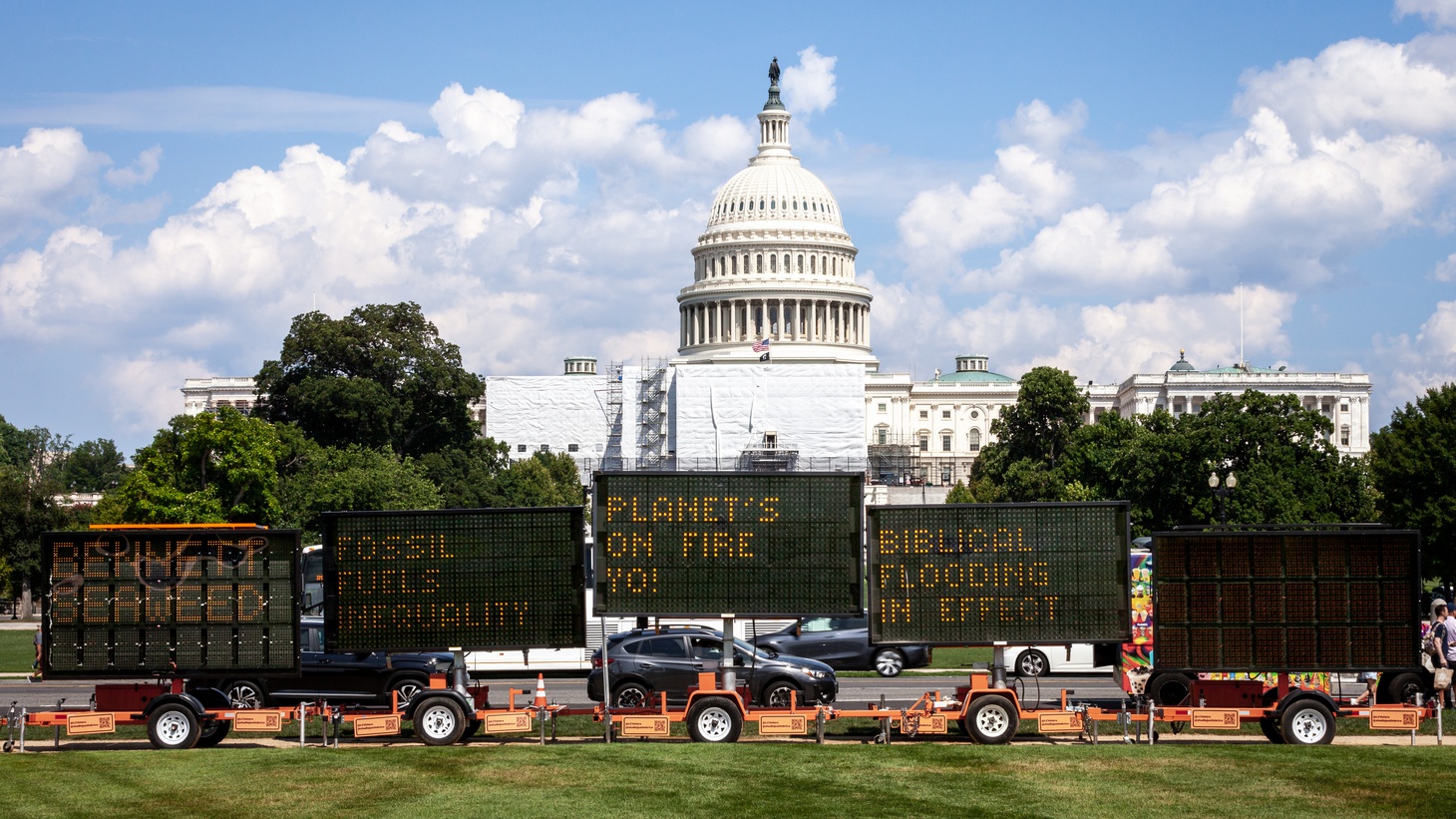 Road construction signs convey messages about climate change, as they’re parked in front of the U.S. Capitol ahead of the Senate's vote on the Inflation Reduction Act. The bill contains investments to address climate change, plus other tax, health care, and employment provisions. Photo by Allison Bailey/NurPhoto.

Over the weekend, thanks to a tie-breaking vote by Vice President Kamala Harris, the Senate passed a bill that’s the biggest investment the U.S. has ever made to fight climate change. The legislation would also cut prescription drug prices and raise taxes on wealthy companies.

What would this mean for California? Tax incentives would make new and used electric cars more affordable. Heating and cooling homes would be cheaper. There’s also money for wind and solar energy, plus wildfire prevention.

The House is expected to approve the bill next week and send it to President Biden for his signature.

“It's important to remember that not a single Republican voted for this bill in the U.S. Senate. So the Republican Party doesn't want to do anything about clean energy or climate. They're not on the sides of the American people when it comes to climate action,” says Leah Stokes, professor at UC Santa Barbara, energy policy researcher.

She adds, “But I would say that the Inflation Reduction Act is in some ways an apt title and description because 41% of inflation is actually driven by fossil fuels. People know this, they see the high cost of fueling their cars right now, if they've got a gas-powered car.”