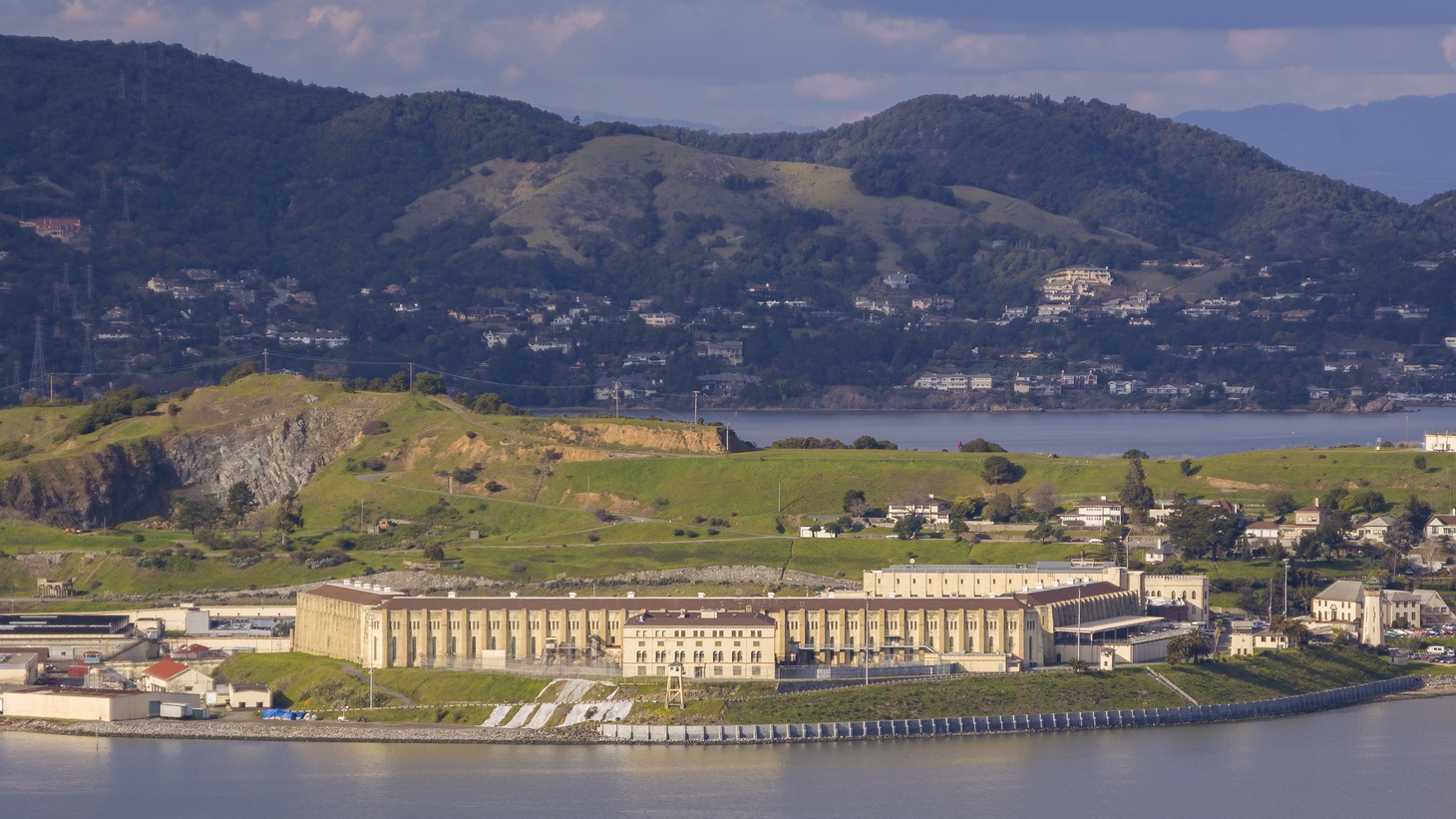 San Quentin State Penitentiary is located in Marin County, north of San Francisco. “In many ways, [it’s] a waste to have a prison there where people don't enjoy the seaview and are incarcerated in terrible conditions,” says Hadar Aviram, law professor at UC Hastings. Photo by Shutterstock.

Governor Gavin Newsom announced this week a plan to shut down the notorious death row at San Quentin State Prison. The plan would move the prison’s most condemned inmates to other maximum security prisons over the next two years, in an effort to create what Newsom calls a “positive and healing environment” at the Northern California prison.

San Quentin has the largest death row population in the nation — nearly 700 total. And while California hasn’t executed anyone in more than 15 years, Newsom also signed an executive order imposing a moratorium on executions in 2019.

The facility was originally a ship, and in the mid 19th century, prisoners themselves built the prison, explains UC Hastings law professor Hadar Aviram. “It's a dilapidated facility, there are no solid doors, there are bars on the doors, ventilation is terrible. So it's a facility that was built for 19th century standards. And just because of inertia, we are still incarcerating people in the same condition.”

She points out that the facility is located in a geographically beautiful area surrounded by expensive real estate. “In many ways, [it’s] a waste to have a prison there where people don't enjoy the seaview and are incarcerated in terrible conditions.”

However, she notes that people currently aren’t being executed due to the moratorium, and since 1978, the state executed only 13 people, and more than 100 died of natural causes during that time.

“Just during this moratorium that Governor Newsom introduced, more people died on death row from COVID during the horrific outbreak at Quentin than we executed since 1978. So I'm sure that is giving some pause about the utility of the exercise of keeping people there,” Aviram says.

Because San Quentin is so old, inmates there suffered from coronavirus more than those at modern and well-ventilated facilities like the state prison at Corcoran, she says. Plus, it houses lots of people who are aging and infirm, who were thus already immuno-compromised and vulnerable to the virus.

Emotional and political reasons may be driving votes

California voters approved a ballot measure in 2016 to speed up executions, and the measure included a provision allowing death row inmates to be relocated to other prisons where they could work and pay restitution to their victims.

Aviram says over the years, there have been several attempts to abolish the death penalty through voter initiaties, but they always lost by small majorities.

Through inquiries, polls, and conversations with people, she says she realizes: “People are voting for the death penalty largely for emotional, sentimental, political reasons. They are more in love with a fantasy of having a sentence that's reserved for the worst of the worst, and can deter people.”

She describes death row in California as “basically a more expensive version of life without parole that costs us $150 million a year.”

She adds, “It's probably a good idea to think of the death penalty as undergoing the same process as some of the people who have been sentenced to death, which is rather than an execution, the death penalty is going to die a slow natural death itself, just from disuse and from this gradual dismantling.”

However, some district attorneys continue asking for the death penalty in capital cases, though the state doesn’t execute people anymore, as they hope the governor might revive the policy, Aviram points out. However, she says, “I think that because of the national trends … it is extremely unlikely that it's going to come back.”

When the governor says a “positive and healing environment,” Aviram says this means a life where inmates find meaning and usefulness (do some jobs).

“We have this facility where people are sentenced to death and are still litigating themselves post-conviction, and that litigation is actually the lion's share of the expense. So it's only really going to go away if and when all of those sentences are commuted, and these people are no longer litigating their death sentences at the state's expense. So that is the missing piece.”