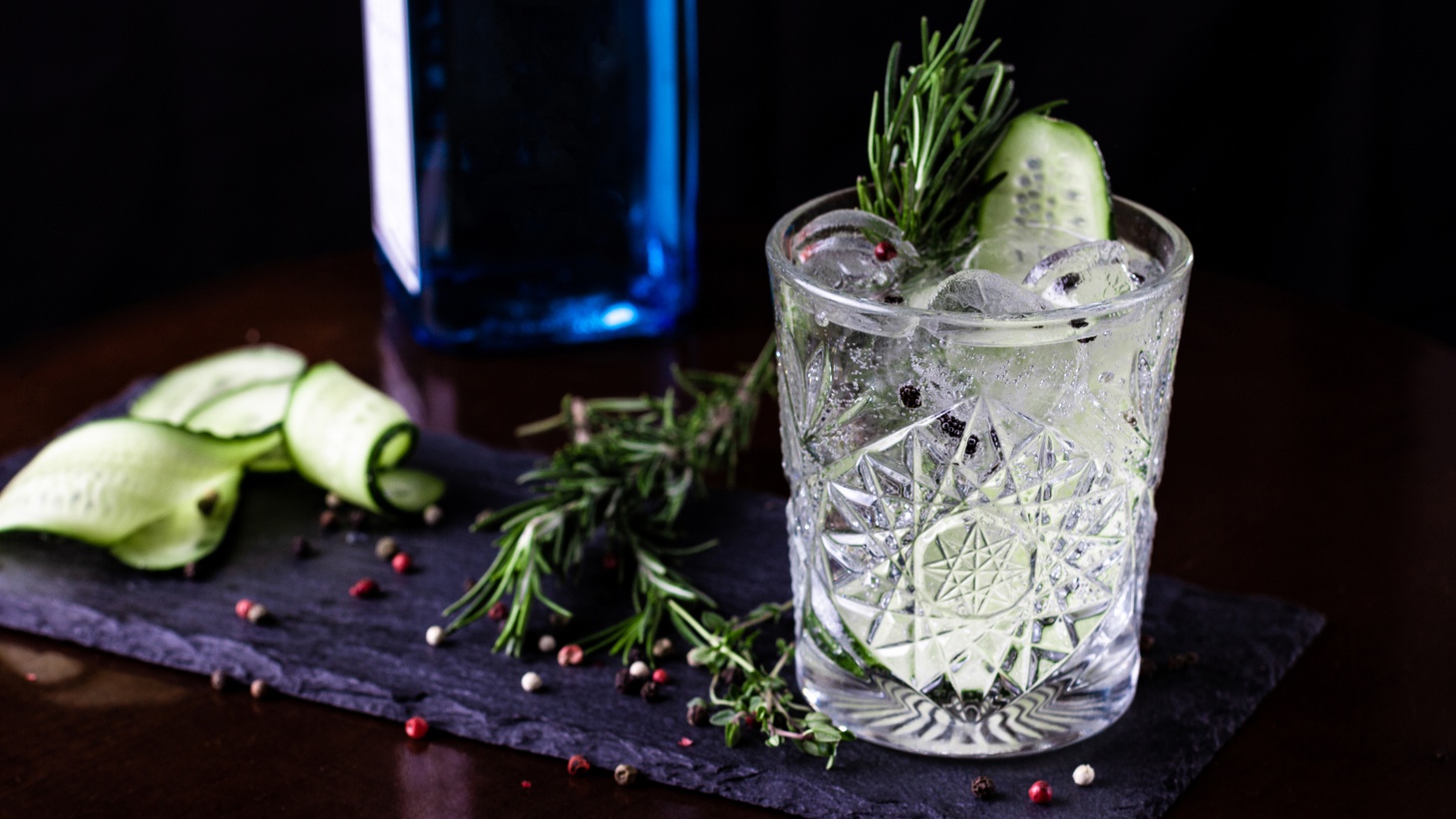 “Quinine is an alkaloid from the cinchona tree bark. It's used to prevent and cure malaria,” says Camper English. Later, that ingredient would help create what we know as gin and tonic today. Photo courtesy of Shutterstock.

In his new book “Doctors and Distillers: The Remarkable Medicinal History of Beer, Wine, Spirits, and Cocktails,” spirits writer Camper English tells the tale of booze as a cure-all, from the doctor distillers of yore to the present-day practitioners.

How long have humans been fermenting beverages?

Since before recorded history, humans have been fermenting beverages. Look at early civilizations, as soon as people settled down and stopped being hunter gatherers. There's evidence for beer production.

As time went on, and society became more organized, what elixirs became luxuries?

It really depended on the part of the world where people lived. If we look in ancient Egypt, and the Middle Eastern area, beer was the beverage, and it was the beverage for everything. And generally, any time, large groups of people live together, the water got polluted and was not safe to drink. So beer was the thing to drink because it was safer. And it was also used in medicine, nutrition, and hydration all at the same time. If we look at the ancient Greek and Roman civilization, that's all about wine, which was more abundant in that part of the world. There was wine in the Middle East, but it came from further away. Wine was more of a drink of the rich, rather than an everyday drink like beer was.

Were there specific ailments that compelled people to reach out for fermented beverages as a cure?

In the early evidence, when we see writing about cures that used fermented beverages, they were mostly used in the practice of medicine. Beer might be infused with botanicals, or sometimes animal parts. And some of the early cures look a lot more like witchcraft with spells and incantations. But typically, the beer and wine was used as the menstruum for medicinal botanicals, [for example] they’d wash a wound with beer – they would specify that instead of water.

How soon were people specialists? Not doctors, but pharmacists?

Early on, everybody was a polymath because there was no concept of science and medicine as a separate discipline, as we would see it today. Scholars of old tended to study astrology, medicine, and mineralogy, and all knowledge of the time. We see people like Pliny commenting on specific uses for specific botanicals. They're also commenting on pretty much everything. I don't really have a good date for when someone became specifically only a doctor. 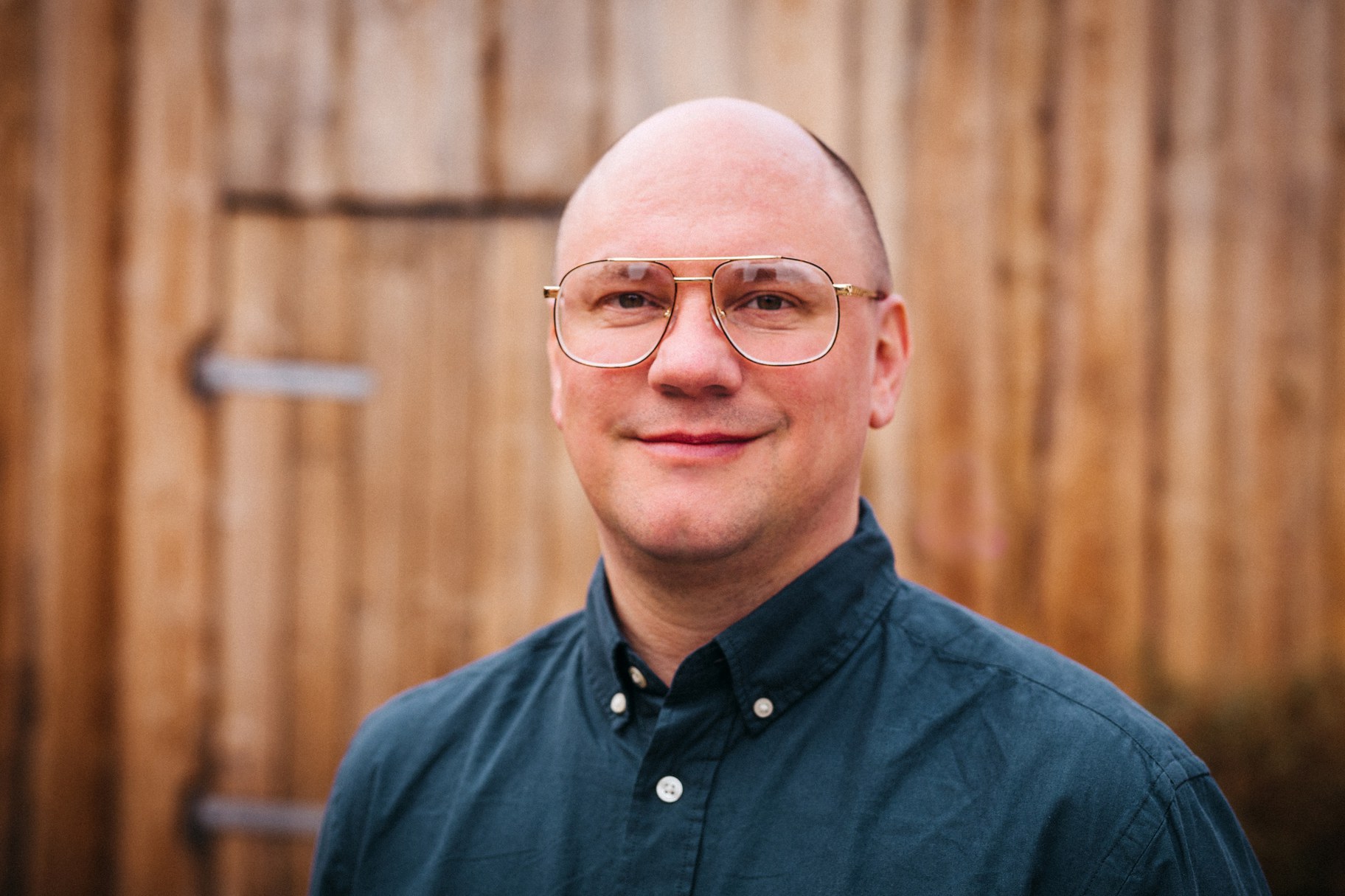 Spirits writer Camper English attests that before sanitation, alcohol was safer to drink than water. Photo courtesy of Camper English.

Can you talk about the notion of quintessence as it relates to alchemy?

Quintessence is the fifth element along with air, water, earth, and fire, and it was considered to be the active essence of the universe. Today, we might think of a soul, as the individual personality of a person or something like that. But the quintessence was kind of like a lifeforce, a universal energy. The early alchemists were trying to extract that energy from people, but also from plants and other living materials, because they believed that that act of essence was useful as medicine, and that they can apply that medicine to people to cure them.

When we think of alchemists, we also think of metallurgy and metals. What about drinks related to metals, and even now, modern metallic drinks?

That's the reputation of alchemists – that they were trying to turn everything into gold. But what they were trying to do is to perfect each thing in its own nature. So they're trying to perfect people by applying quintessence, and they were trying to perfect, for example, lead by turning it into gold, which was considered to be the perfect medicine. If we take something like Goldschläger, the party drink of the 1980s, and look at that in the alchemical history, that looks like an extra perfect medicine. People in the 1300s and 1400s would comment that if you extinguish liquid gold into eau de vie, then you would make extra special medicine. Still made today, there is a category of Italian bitter liqueur, or amaro, that is fortified with both quinine and iron and it was advertised at one point as great for children to give them a little spoonful each night to fortify the blood.

Gin and tonic is my drink of choice. Can you kind of take us through the history of how quinine became a beverage that later became a recreational beverage?

Quinine is an alkaloid from the cinchona tree bark. It's used to prevent and cure malaria. So that's in the modern scientific version of the story. Historically, malaria goes back so far that dinosaurs may have had the disease and the parasite, infecting their blood, as we do today.

When I first got interested in alcohol and medicine, it was via the gin and tonic because I thought I was going to find a better creation date for the gin and tonic by reading medicinal literature – which is far better documented than cocktail literature. So the first real cure was with Jesuit missionaries in Peru, who learned probably from the indigenous people of this tree – the fever tree – and its amazing bark that would cure the shaking that people get when you have fever and chills. There was probably no malaria in this hemisphere at that time. So it's a great coincidence that it actually worked to cure not just the fever and chills of malaria, but the underlying parasite in the blood.

That allowed for all sorts of colonial expansion throughout the world, and particularly in the case of gin and tonic, for expansion into India and the need for quinine as a drug. So first, everyone was taking cinchona tree bark and whatever liquid they could find because it is extremely bitter. Eventually, the quinine became known as just this all-purpose medicine that was good for everything, like how we might think of electrolytes today. “I don't know what they are, but let's put them in everything. You know, it sounds great.”

Quinine became that all purpose wonder medicine of its day. In the 1800s, fizzy mineral waters in particular, were considered medicinal as well and very good for you. So it was only a matter of time before the combination of that water with quinine came about as a commercial product. And that's where we get the tonic water that we know today. 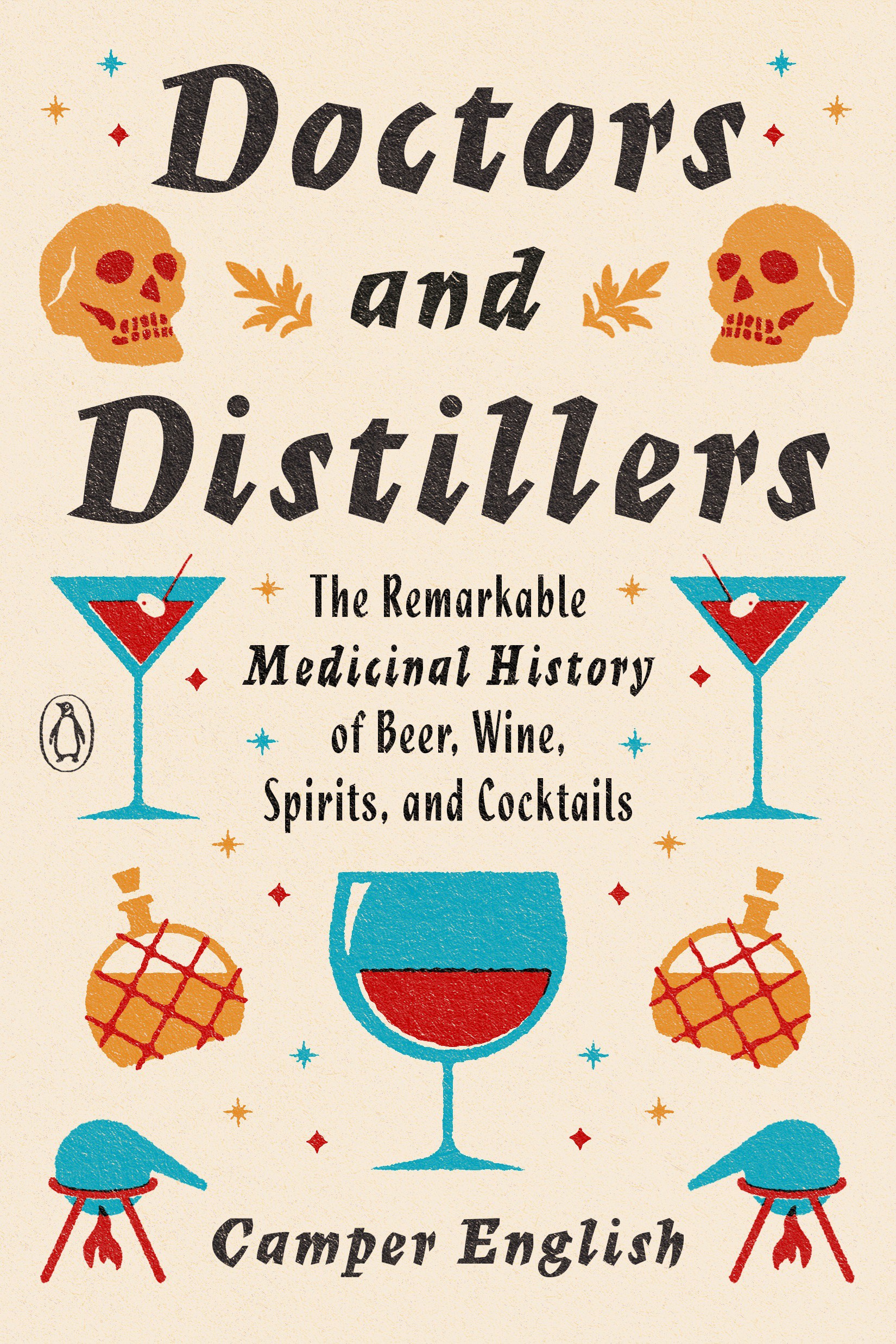 “Doctors and Distillers: The Remarkable Medicinal History of Beer, Wine, Spirits, and Cocktails” describes the use of alcohol as a panacea through the ages. Photo courtesy of Penguin Books.

Gin itself was medicinal – all of those herbs and spices were thought to be various types of cures.

Absolutely. Every spice and botanical that remains in our kitchen cabinets today was at one point used for something medicinal, and many of those things hold up. It's not the most effective medicine for most things that they might treat. But nearly all spices were used as medicine at one time in history. Juniper in particular, which is the required botanical in gin, was used for a number of things, but particularly as a diuretic. One of the nicknames for gin as it came about later was “diddle drain” to help you urinate.

Who were some of the pioneers in this field? I'm wondering how Louis Pasteur used wine and beer in his research.

The two carbonated beverages, both carbonated mineral waters from natural springs, as well as fermenting beer and wine, really inspired a lot of chemical advancements and medicinal advances. So Louis Pasteur’s first major discovery was of tartrates in wine, and looking at them closely with a microscope. He came up with the concept that the 3-D shape of the molecule implied that it was formed from a biological process. That observation led eventually to the germ theory of disease – first through understanding that fermentation was a biological process, that naturally fizzy waters from springs had volcanic gasses infused into them. That division really set off a huge revolution in science, and eventually led to the germ theory of disease.

What are some popular cocktails that we enjoy today that were originally created to soothe discontent?

Pretty much anything bitter was, and might still be used to soothe the stomach. The categories of aperitifs and digestifs are based on bitter botanicals that stimulate gastric juices. Essentially, they get everything flowing and make us hungry for a meal, and then help us process and digest at the end of a meal. Bitter beverages include things like vermouth. Absinthe at one time would be considered an aperitif. All the Italian bitter liqueurs like Campari, and Aperol to some extent, and then the digestifs like Fernet-Branca, were all somewhat medicinal at least soothing. Those all still exist, as do the concentrated bitters like Angostura bitters. When those bitters were first used in cocktail format, that's the actual first definition of a cocktail. It is a drink that already existed but you add bitters to it, and that's what sets it apart from things like a sling or a julep.