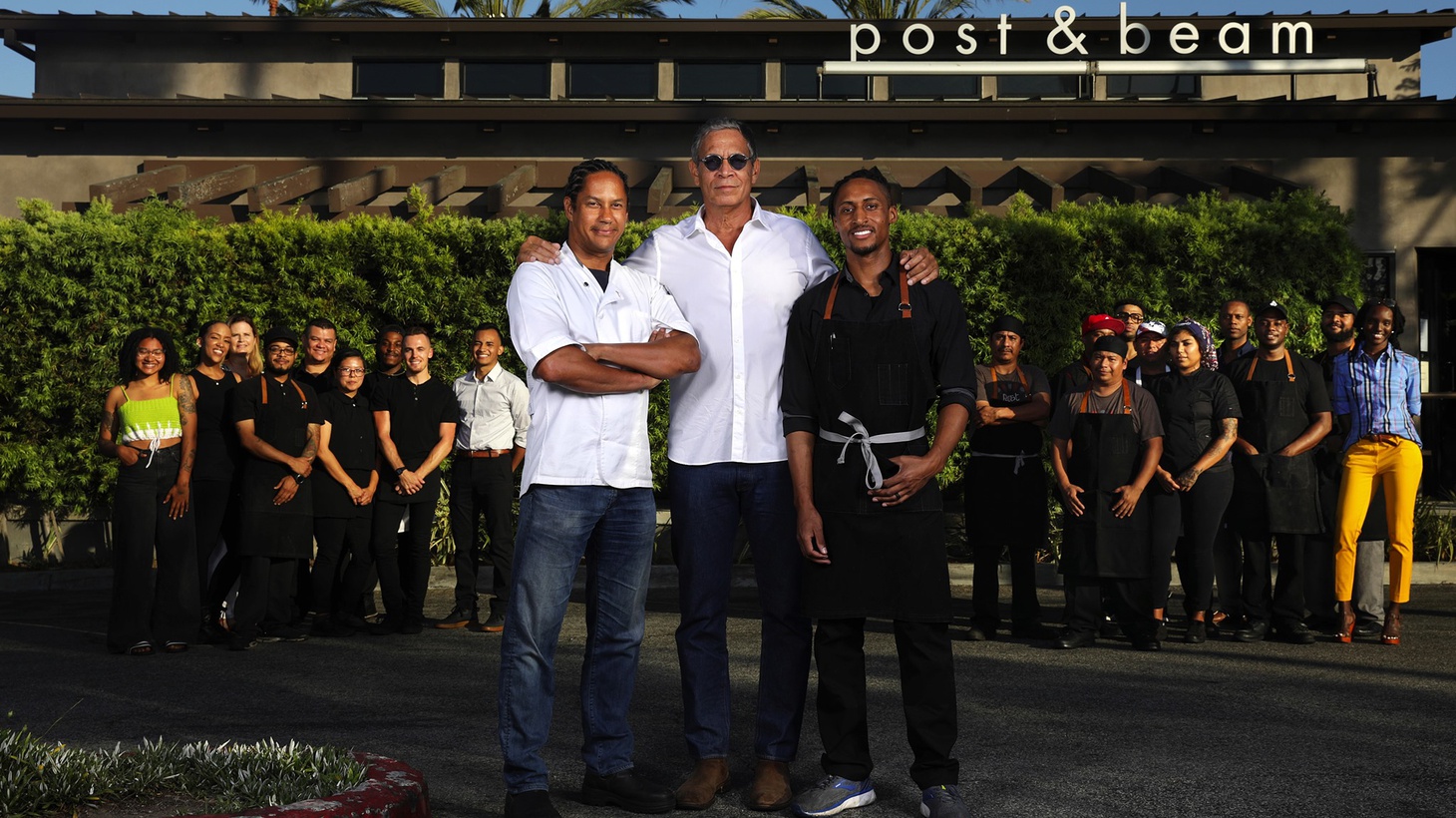 Restaurateur and hospitality entrepreneur Brad Johnson knows how to make a splash. In the ‘90s, he made his Los Angeles debut with the lavish nightclub The Roxbury (yes, that Roxbury). He's been the driving force behind several high profile LA restaurants, most recently Post & Beam in Baldwin Hills. These days, you can find him hosting the podcast Corner Table Talk, which celebrates its first anniversary this month.

If anyone knows how to find the soul of a restaurant, it's Johnson, who stopped by to talk his origins in the dishpit of his father’s NYC restaurant and his subsequent storied road to Post & Beam.

KCRW: Can you share your early experiences in your father's eateries that gave you a taste for following in his footsteps?

Brad Johnson: My dad opened a restaurant on the Upper West Side of Manhattan called The Cellar in 1973. I was a teenager, and he put me to work in the dish room, where I think every restaurateur worth his salt starts. And I worked every position. I studied Hotel Restaurant Management at the University of Massachusetts, so I got my formal education there. But my dad was really my role model. He made me aware that a restaurateur was something that you could be.

And what brought you to the West Coast?

Seeing too many Rose Bowls and a fan of UCLA in the John Wooden days. I played basketball at the University of Massachusetts, and I played against Norm Nixon. And norm, of course, became a Laker and married Debbie Allen. And he said, “If you ever decide to come to the West Coast, I'll help you in business and maybe help you with some backers. And life out here is pretty good.” And I eventually took them up on that and headed west.

What were some of your earliest memories of being in the business in LA in the ‘80s?

We opened Roxbury in ‘89. I look at this in hindsight and really observe how Los Angeles has grown up as a food and foodie destination. Back then it was Spago, Wolfgang Puck's legendary place Horn Road, right across from Tower Records in the front room there. And that was the room to be in. And there were a few other places, of course. I think The Ivy was around, Morton's, maybe Trump's, but it wasn't the food industry that you and I have come to know in the last 30 years. 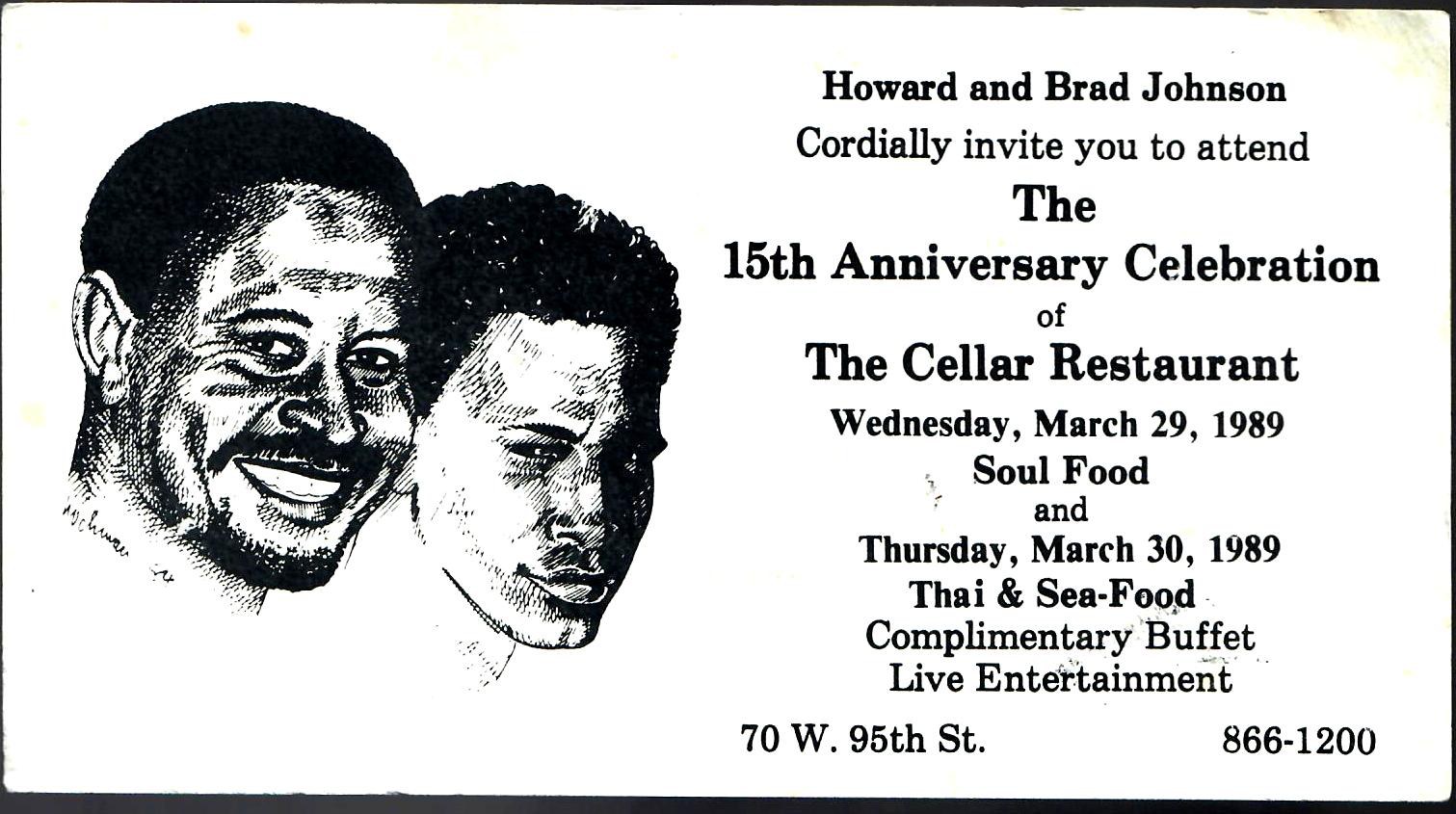 Initiated into restaurants at his father’s Upper Westside establishment “The Cellar,” Brad Johnson says, “Like other industries, the food industry has taken a while to come around to appreciating the diversity right in front of our eyes.” Photo courtesy of Brad Johnson.

What was the South LA food scene like then?

I have to be honest, I was not that familiar with the food scene in South LA for a very long time until the opportunity came to consider opening Post & Beam. When we first started having a conversation with [developer and entrepreneur] Ken Lombard, it was 2010. And I really took a look around and … [as a food destination], South LA was basically a flyover zone. And that was part of the incentive to open a restaurant there. There are certainly a lot of great places there to eat, but they had been overlooked for a long time.

Let's talk about the so-called “boom” of Black restaurants. We know that restaurants have always been in South LA, but it's only recently that the media has seemed to start to pay attention. How do you feel about all that?

I think that that is the case. Like other industries, the food industry has taken a while to come around to really appreciating the diversity that is right in front of our eyes, and that unfortunately comes at the expense of those of us in the business who struggled to keep our heads above water and be noticed along with the rest of the crowd.

One of the reasons why I decided to do the podcast Corner Table Talk was because I did feel that there was a need for a greater voice and … seeing the world through the lens of a Black restaurateur, [which] I think is unique in its experience. And I do think that we're turning the page now. There is a new crop of restaurateurs, chefs, entrepreneurs, Black stories, Black food stories, writers. And I think as that diversifies, that's good for business for everyone. I think it just keeps restaurants viable and part of the cultural conversation.

We’re deep in the era of the celebrity chef. Where do you see that trend going? And where does that leave restaurateurs?

Sam Sifton, the New York Times editor, and I talked about this recently, that it feels as if maybe we are edging towards the end of that cycle where celebrity chefs have kind of run the gamut. And maybe we're coming back to the restaurateur as a focus. It's somewhat self serving, obviously, from my standpoint. I'm not a chef, but I can tell you as a restaurateur — and I know I'm speaking to one, too — we take on take on a lot.

Chefs can decide after six months, as I have had happen to me, that the restaurant no longer is the place … where they want to be any longer. And as the restaurateur, you are still sitting there with the lease, a business to operate, employees to manage, and we don't have the same flexibility or mobility. As we are starting to celebrate culinary with a little bit broader lens, I think that the restaurateur deserves to be looked at in a new way. 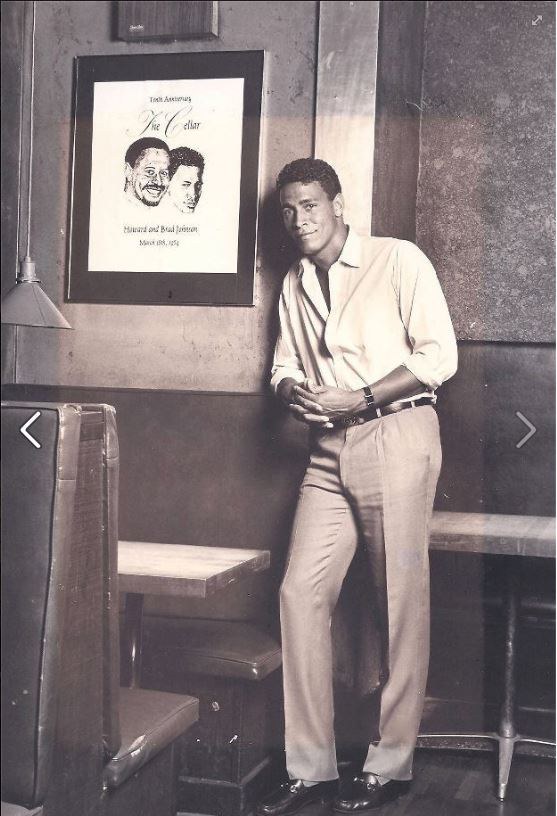 A love for UCLA basketball and too many Rose Bowls is how Brad Johnson describes his move to Los Angeles from his native New York. Photo courtesy of Brad Johnson.

Over the years, I've spoken to female chefs about how their gender is used to identify them in the media, and so many just want to be chefs, not female chefs. Do Black chefs and restaurateurs experience that same tension of identification? Are there pros and cons?

Absolutely. Let's take Alta restaurant, for example, Daniel Patterson's place on Adams. When that restaurant was just about to open, I happened to go by there and introduce myself to Daniel and talk with him for a little bit. He told me what he was doing and about the chef, Keith Corbin, and gave me some of his background. The media, whether it was perpetuated by Alta and Daniel or not, came up with the fact that they were calling themselves a soul food restaurant, but that it was also Black owned. And it is not. And so that has been a story.

Whereas Post & Beam is a Black owned restaurant. But here's the rub: In Post & Beam’s case, and I do talk about this with fellow restaurateurs, is it to a Black restaurateur’s advantage to promote themselves as Black owned? Yes, Black owned is having a moment. It has been having a moment since 2020. If you talk to people who have been around longer than I have, they will tell you that this level of attention is cyclical.

So I think that yes, we would love to just be known as a restaurant, or a Black chef wants to just be known as a chef. I think it does say something to the Black community that wants to support a Black owned business. But at the same time, I worry that to some potential white customers it says, “Oh, that's exclusive. It's not for me.” And if you’re limiting the slice of the pie as a result of that marketing choice, I think that's unfortunate.

Do you think that Black writers have a better insight into the experience of Black chefs and restaurateurs?

Well, yes. We're talking about culture on one hand, and maybe this is asking for a lot as a restaurateur to ask that a reviewer or a writer take the time to understand the story about a restaurant, but for instance, when we opened Georgia on Melrose, Ruth Reichl was the reviewer for the LA Times. She and I spoke recently. I wrote a piece for Oxford American that I consulted with her on about her review of Georgia and felt that she missed the context of the time.

In ‘92, ‘93, LA was polarized [with] Rodney King, the trial. I mean, it was brutal. I had planned to open this Southern restaurant on Melrose, which was a very fashionable street at the time, and had both Black and white investors. We had Lou Adler, Eddie Murphy, Denzel Washington, Connie Stevens, kind of a funny group to pull together. But that's who we had, with the idea that we just wanted this place that celebrated Southern food.

And Ruth, in her review, missed that entire context. And part of our recent conversation brought that up. Would a Black writer have gotten that piece and maybe worked it in? Possibly. But I think just us having this conversation broadens the context and the lens by which writers look at places and who's operating them and what the story might be behind them.

We're just actually finishing our 50th episode. It's food plus drink plus culture, which is a pretty wide spectrum of choices and subject matter that we have to delve into with guests. I've had a lot of chefs, certainly, like John Cleveland and Govind Armstrong. I had Marcus Samuelsson, David Chang, Sam Sifton. I just had Adam Platt, the New York Magazine food critic.

But then I also call on some [other] folks, like Debbie Allen, Tracee Ellis Ross, Ta-Nehisi Coates, Dr. Julius Garvey, who is the remaining son of the legendary and honorary Marcus Garvey. Ambassador Attallah Shabazz is my co-host. And she is the eldest daughter of Malcolm X and Dr. Betty Shabazz. She comes on at the end of our program and gives a little bit of an overview of the discussion and some highlights about what she's thinking of and looking into these days. So it's a nice deep dive into the culture, with food, drink, and culture as the ground we walk on.

A restaurateur remembers, food in The Sims, Thai staples, citrus

Brad Johnson reflects on his time in restaurants, starting in the dishpit of his father’s NYC restaurant, The Cellar, to his latest Baldwin Hills project, Post & Beam.

Leanne Brown describes working on a cycle of extremes as she promoted her first book with a newborn baby in the house. Slowing down, she learned self-care and worth in the...

Since it was introduced in 2000, the video game "The Sims” has rolled out different foods to cook, grow, and taste.

Jet Tila is Thai royalty in Los Angeles. The chef explores the cuisine with his favorite dishes.

‘In the Weeds’ with Alisa Reynolds of My 2 Cents

Squeezing the best out of citrus season