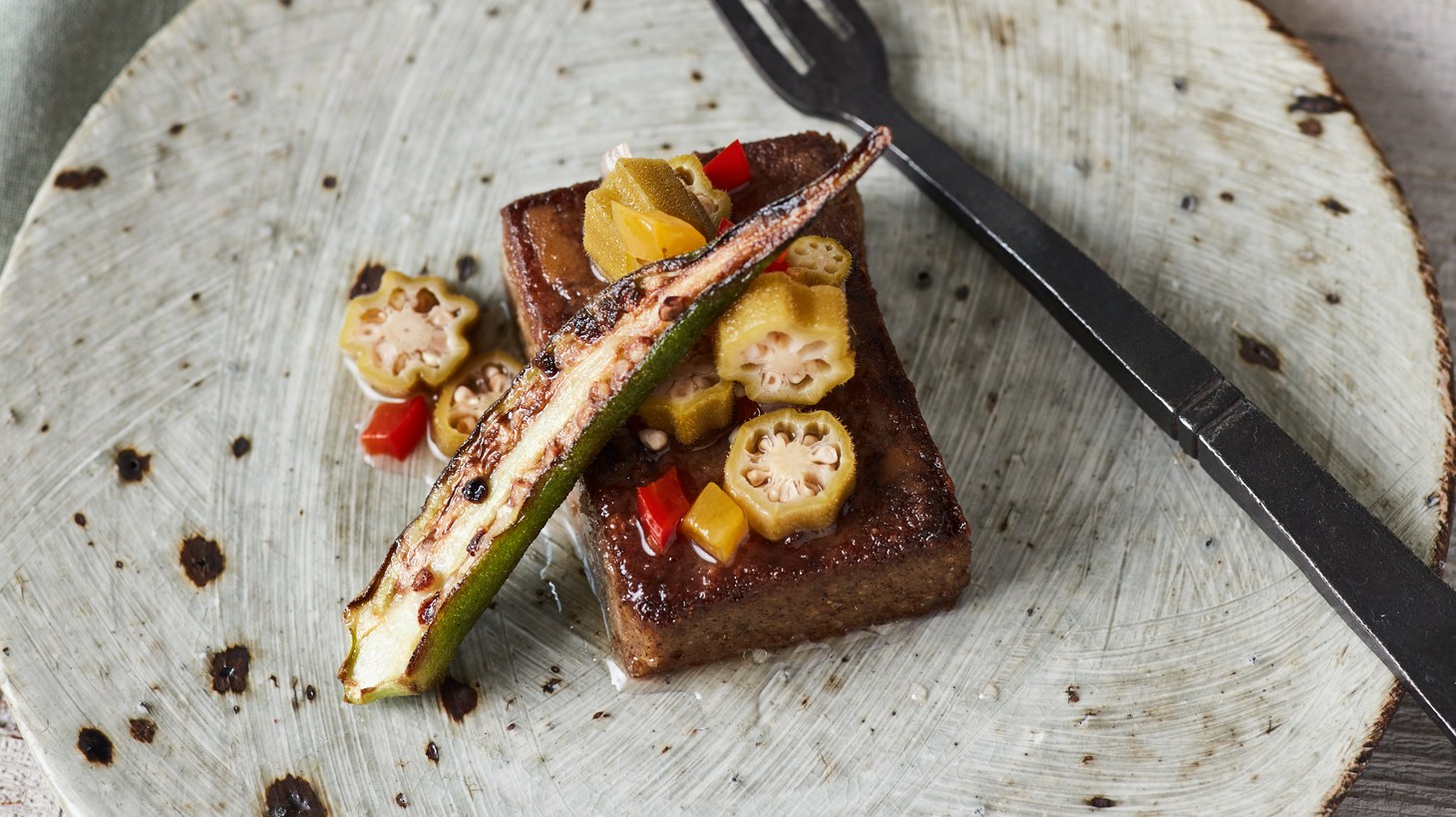 A traditional scrapple is made with offal. Chef Chris Scott serves his version, inspired by his grandmother’s recipe, with an okra chow chow. Photo by Brittany Conerly.

Soul food is regional. There are the tidewater flavors of coastal Virginia, the African origins of Gullah Geechee cuisine, the Creole presence in Mississippi and the Florida panhandle, the barbecue scene in Texas and the Dutch and German influences when you head north. Chris Scott, who appeared on season 15 of Top Chef, discusses the vinegars, sugars, and bright flavors of Amish soul food, which you see in dishes like chow chow. The sweet-and-sour relish can be made with okra, beans, corn, green tomatoes, cabbages, bell peppers... anything you have at the end of summer's harvest. It's the perfect accompaniment to scrapple, a mashup of pork scraps and trimmings. You'll find them all in his new cookbook, “Homage: Recipes and Stories from an Amish Soul Food Kitchen.”

Sit down to a slice of Nana’s scrapple, and you’d end up picking bits of bone out of your teeth. But that was just part of the game. She used ears, snout, cheek, liver, and heart in her scrapple, thickened it with cornmeal, and pan-seared it so it stayed nice and gooey inside.

I’ll admit to using fewer pig parts than Nana would, so consider this my “city mouse” version of a very country dish. I start with a savory cut, like shoulder or butt, and add in some ham hocks for smokiness. The fine folks of Pennsylvania eat scrapple mostly for breakfast, seared and served with an egg, some ketchup, or syrup. I’ve found that with just a tiny bit of chef-like tinkering, it’s yummy (and dare I say, even sort of elegant) all day, e’ery day! Note: This dish must be started a day ahead. 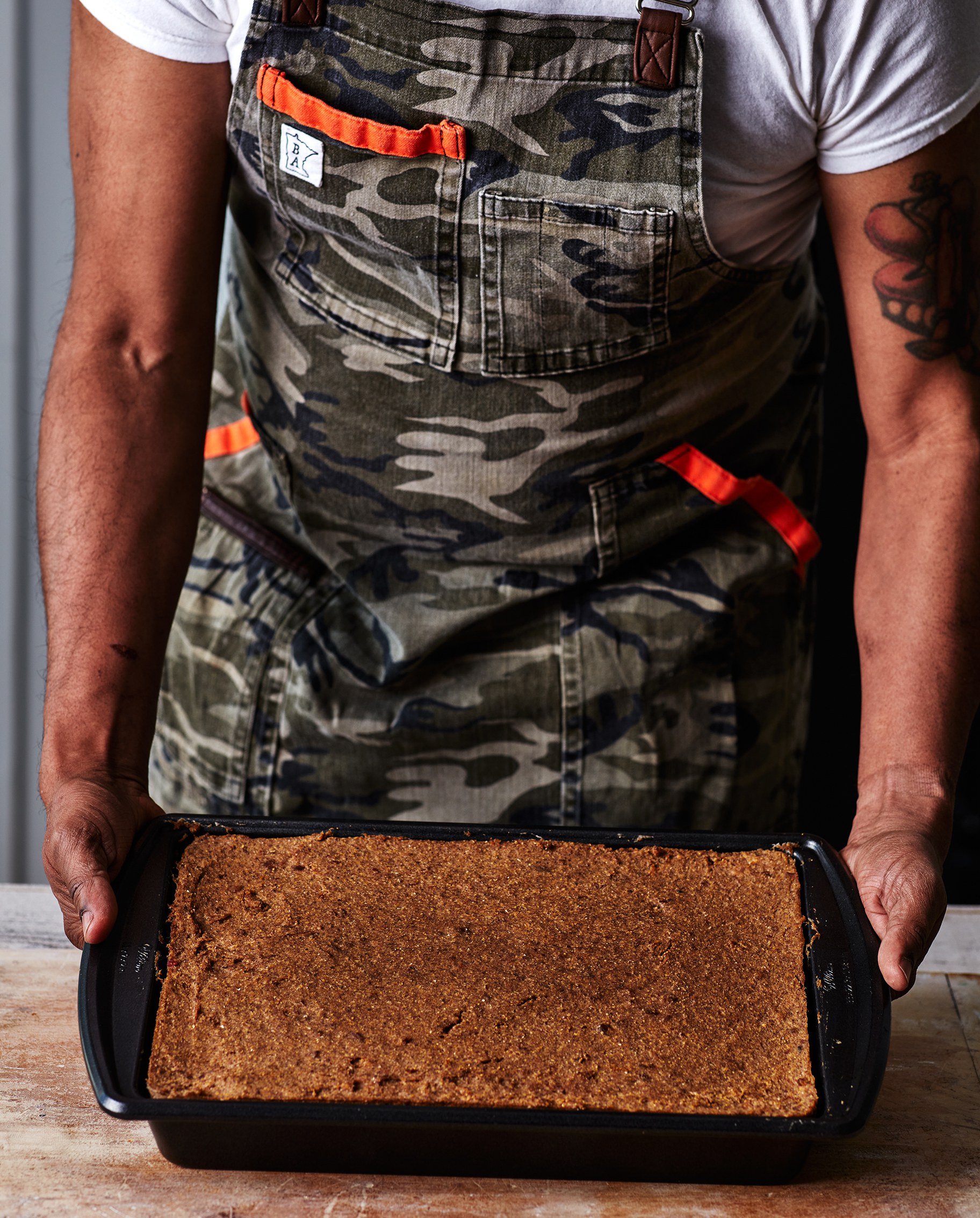 Scott considers his audience when preparing his grandmother’s scrapple but dives into using the spleen and heart for the more adventurous eater. Photo by Brittany Conerly. 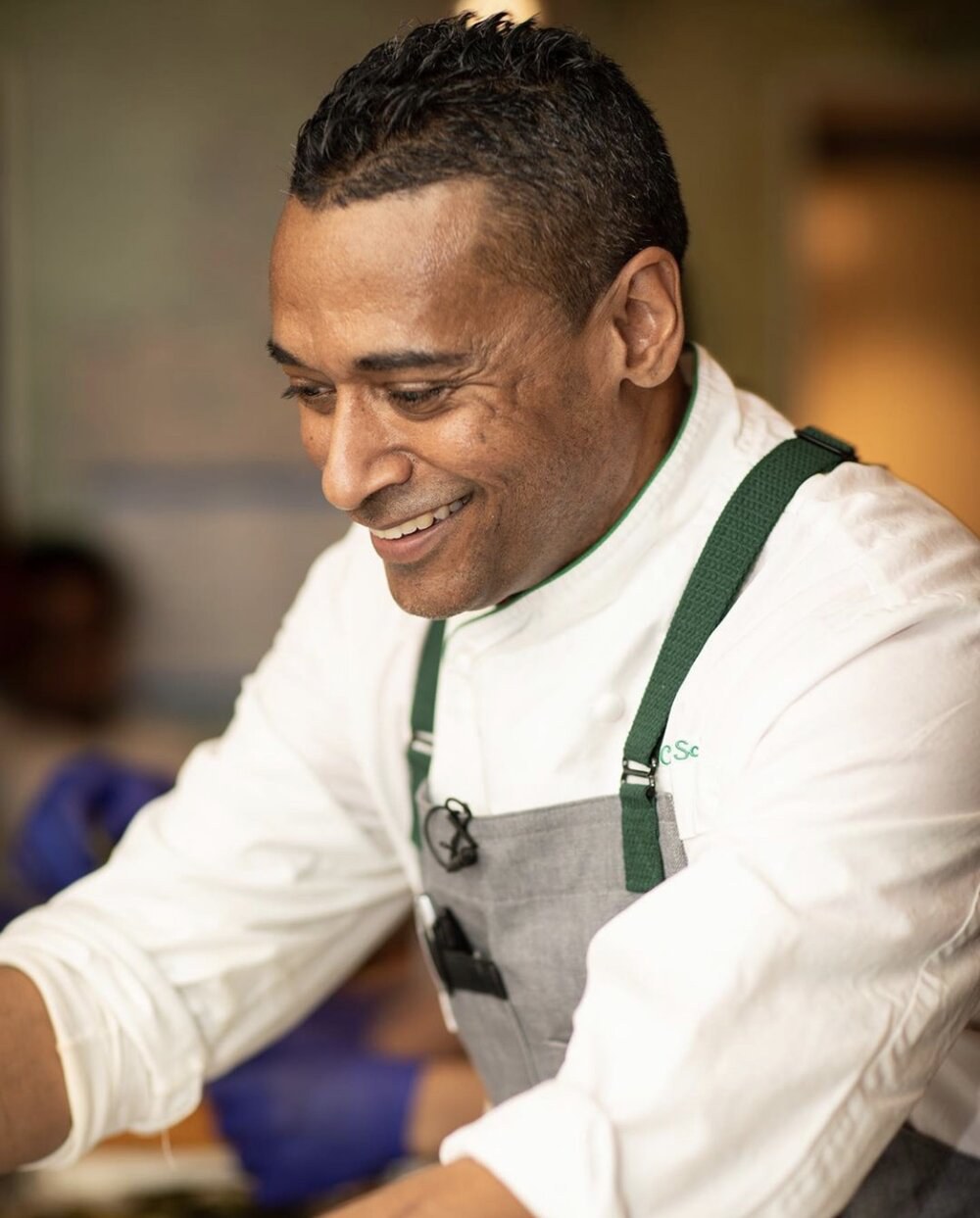 Chef Chris Scott draws connections of Black people fleeing to the northeast and Amish making their way to the U.S. to avoid religious persecution. Photo by Clay Williams. 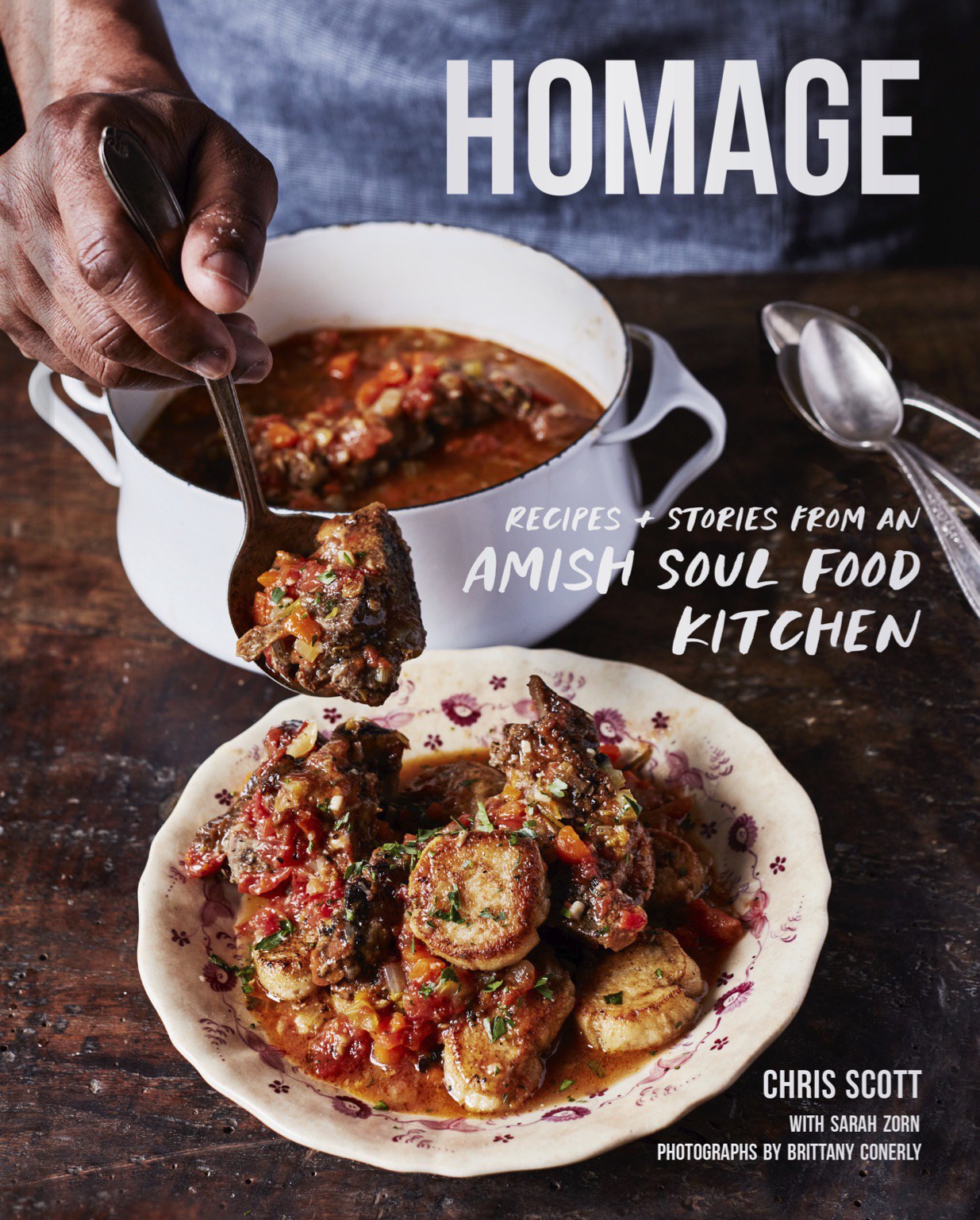 Soul food isn't limited to the South. In "Homage: Recipes and Stories from an Amish Soul Food Kitchen," chef Chris Scott explores the intersection of Dutch, German and African culinary influences in the United States. Photo courtesy of Chronicle Books.