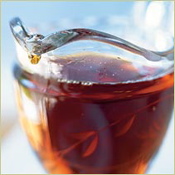 The Morse family’s ancestors – who helped settle Central Vermont – were taught how to tap maple tress by Native Americans.  In those early years, they used hot rocks to evaporate the maple tree sap until only sugar remained.  This process was called “sugarin’.”

Later, after the American Revolutionary War, improved transportation helped bring cheaper sugar from the south – which led sugar makers to boil their product less, allowing it to stay in the more popular syrup stage.

Burr Morse takes the mystery out of the maple tapping process, talks about the flavor variations and grades of syrup and shares a few of his favorite recipes.

For more details about the history of maple syrup and additional recipes, visit the Morse Farm Maple Sugarworks website.

If you’ve been approached by your neighborhood Girl Scouts recently, then you know it’s Girl Scout Cookie season, which officially kicked-off on January 20th and is in full...

Most of us understand how a good meal at the end of a stressful day can be relaxing and soothing. Imagine how important the concept of “comfort food” would be in a war...

Jet Tila is one of LA's favorite cooking teachers. More information about Jet and his cooking classes are available at his website . This week, Jet talks about one of his...

Our wine expert, Robert Rogness, gives us tips on one of the greatest challenges to wine lovers – how to pair the perfect wine with different kinds of cuisine.

Food for the Homeless

The City of Las Vegas unanimously passed a law, which states that no one can share food with the homeless. However, a federal judge granted an injunction and the ACLU has...

Laura Avery visits Pau, a Hmong farmer from Laos who comes down from Fresno to the Santa Monica Farmers Market every other Wednesday. There are approximately 30,000 Hmong in...

Eat Who You Are vs. You Are What You Eat

Brian Wansink’s teaching and research interests are on how on ads, packaging, and personality traits influence the usage frequency and usage volume of healthy foods. Along...

The Morse family’s ancestors – who helped settle Central Vermont – were taught how to tap maple tress by Native Americans. In those early years, they used hot rocks to...