A slow braise in a clay pot is Brandon Jew’s recommendation for his Lion’s Head Meatball recipe. Photo by Pete Lee.

“A story of struggle and perseverance” is how Chef Brandon Jew describes the immigrant experience of San Francisco’s Chinatown. Jew backed away from a successful career working with some of the city’s most iconic chefs when his grandmother was diagnosed with cancer. He describes moving to Shanghai to find identity then returning to San Francisco to open Mister Jiu’s. His new cookbook embraces the history and recipes of the 24-block neighborhood. 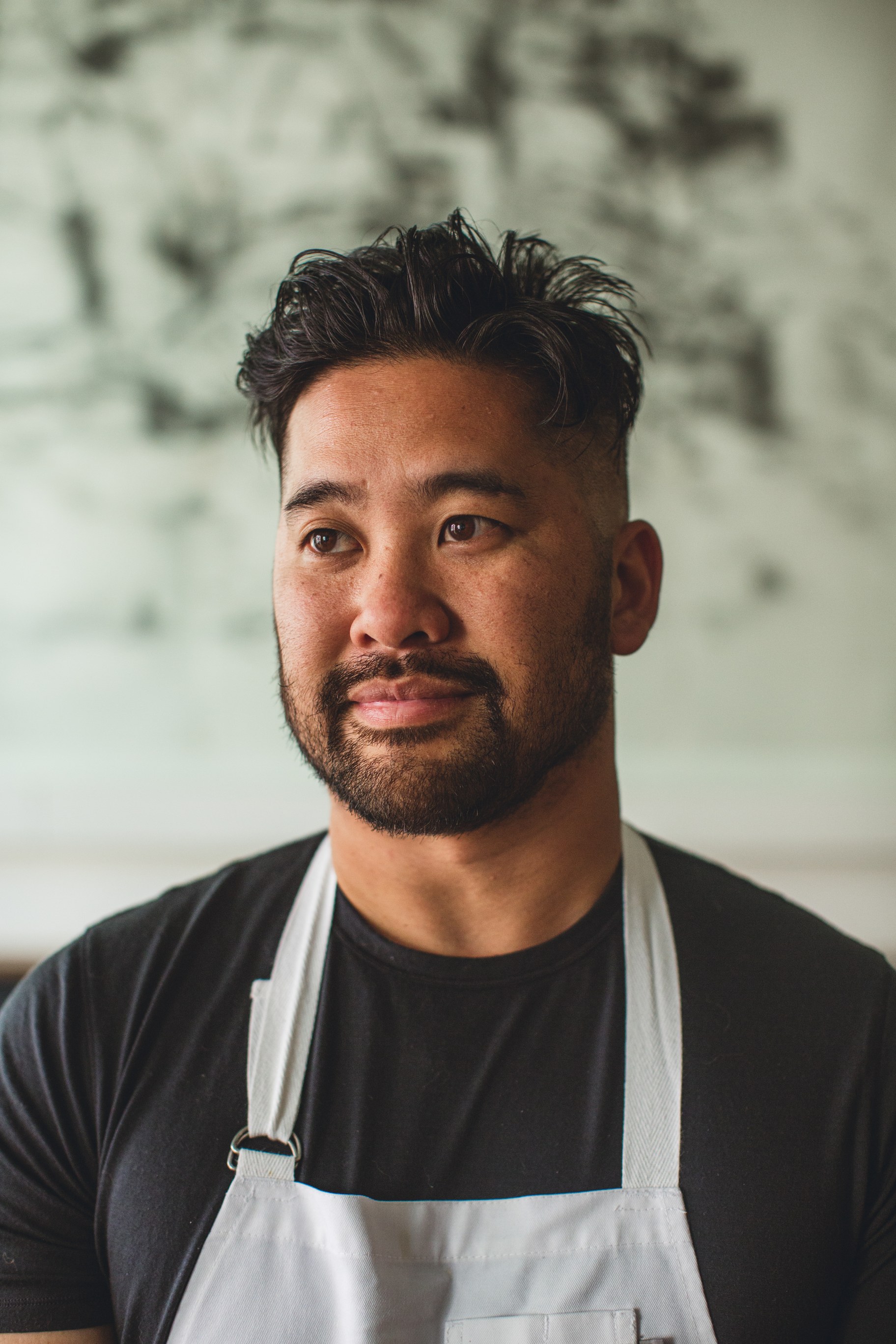 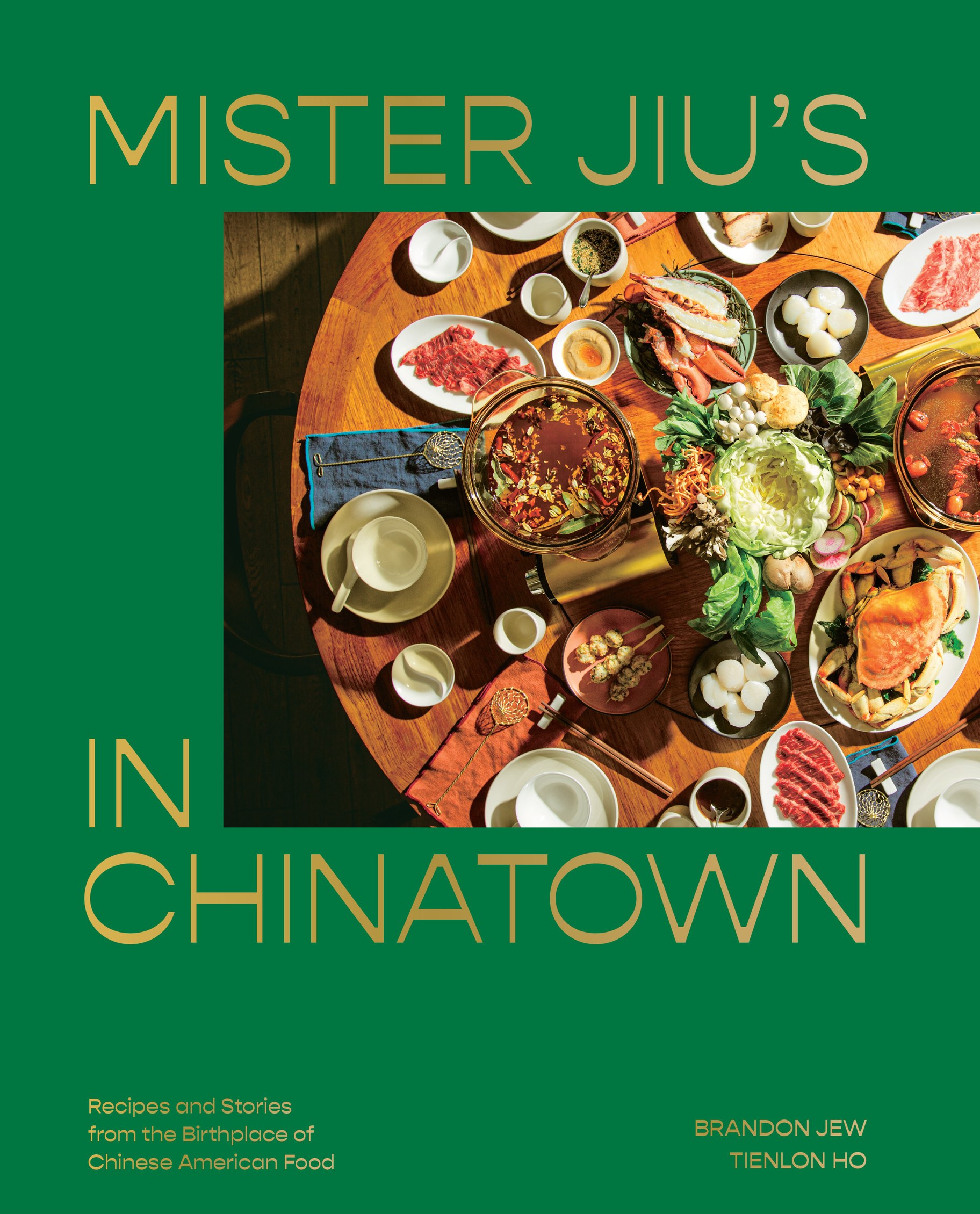 Brandon Jew describes the legacy businesses that occupied the space of his restaurant in his new cookbook, “Mister Jiu’s in Chinatown.” Photo courtesy of Ten Speed Press.

Anything that needs slow braising will do well in a clay pot. The porous clay distributes
an encompassing gentle heat all while sealing in the juices. The slightly alkaline clay
also keeps proteins loose and tender. I appreciate a clay pot for its kindness to cooks. It
holds heat so well that you can set it aside off-heat for an hour or two and come back to
find everything inside still nice and toasty. And if you don’t have one, a small Dutch
oven with a tight lid will do. Lion’s head (獅子頭, shī zi tóu in Mandarin) are a classic
Chinese meatball (the bumpy texture looks like the curly manes of mythical lions). We
use savory ingredients ingredients—mushrooms, seaweed, and a blend of pork—that
compounds the sīn flavor exponentially. Use whatever delicious fungi you&#39;ve got.
Sometimes I drop a handful of fresh cordyceps (蟲草花, chóng căo huá) sautéed with
garlic, or shave matsutake as in this recipe. For the bacon, choose an intensely smoky
kind. You can use a meat grinder or hand-chop everything old-school.

-To make the meatballs: While wearing thick gloves, strip the leaves from the nettles and discard the stems.
-In a wok or a medium frying pan over medium-high heat, warm the neutral oil until shimmering.
-Add the nettles and a pinch of salt and cook until wilted but still bright green, about 1½ minutes. If using kale, this will take about 3 minutes.
-Finely chop and set aside.
-Bring a large saucepan of water to a boil over high heat. Line a baking sheet with a double layer of paper towels.
-Remove the skin from the pork belly. Add the skin to the boiling water and blanch for 30 seconds to firm up. Using tongs, remove and set aside.
-Add the cabbage leaves (work in batches, if needed) to the water and blanch until just wilted, about 30 seconds, then transfer to the prepared baking sheet to drain.
-Place the pork skin, pork shoulder, belly, and back fat in a single layer on a plate and put in the freezer until the surface is just frozen but the center is still soft enough to be ground, about 15 minutes.
-If using a meat grinder, grind the fat and skin through a fine grinding plate (⅛-inch / 3mm holes) into a large bowl. -Switch to a coarse grinding plate (¼-inch / 6mm holes).
-Regrind about half of the fat-skin mixture back into the large bowl, then grind the shoulder and belly through the same grinding plate.
-Mix gently to combine.
-Regrind about half of the pork mixture again.
-Grind the doufu through the coarse grinding plate into the large bowl.
-If chopping by hand, separately mince the pork belly skin, pork belly, pork shoulder, pork fat, and doufu using a chef’s knife or cleaver (two if you got ’em).
-Transfer to a large bowl as each one has formed a sticky paste and then mix well.
-Add the nettles, ginger, soy sauce, powdered milk, 1½ tsp salt, pepper, and fish sauce to the bowl and use your hands to mix until well combined and a sticky paste forms but the meat is not overworked.
-Divide the mixture into six portions.
-Roll each portion into a ball that is firmly packed and smooth. Wrap a cabbage leaf around each meatball, leaving the top exposed (save the remaining cabbage leaves for the clay pot).
-Refrigerate until ready to cook, up to 4 hours.
-Preheat the oven to 450°F.
-Place the wrapped meatballs in a single layer in a soaked 9-inch-wide clay pot or small Dutch oven.
-Tuck the remaining cabbage leaves between the meatballs, then add the broth.
-Bring to a simmer over medium-high heat.
-Transfer the pot to the oven and bake uncovered until the meatballs are browned and cooked through, about 30 minutes.
-Meanwhile, warm a wok or a medium frying pan over medium-high heat.
-Add the neutral oil and let it heat up for a few seconds. Add the mushrooms and rosemary, season with salt, and stir-fry until the mushrooms are browned, 3 to 4 minutes.
-Discard the rosemary.
-Spoon the stir-fried mushrooms and any oil left in the pan over the meatballs and top with the pine nuts and shaved mushroom.
-Serve immediately.

-In a large saucepan over medium-high heat, sear the bacon until dark golden brown, 5 to 7 minutes.
-Transfer to a plate.
-Add the onion to the pan and sear until very browned on one side, 1 to 2 minutes.
-Turn the heat to medium-low; add the seared bacon, chicken stock, both dried mushrooms, and kombu; and simmer until reduced to 1½ cups/360ml, about 1 hour.
-Fit a fine-mesh strainer over a medium bowl.
-Strain the broth and discard the solids.
-Stir the fish sauce into the broth.
-Let cool, transfer to an airtight container, and store in the refrigerator for up to 5 days, or in the freezer for up to 2 months.