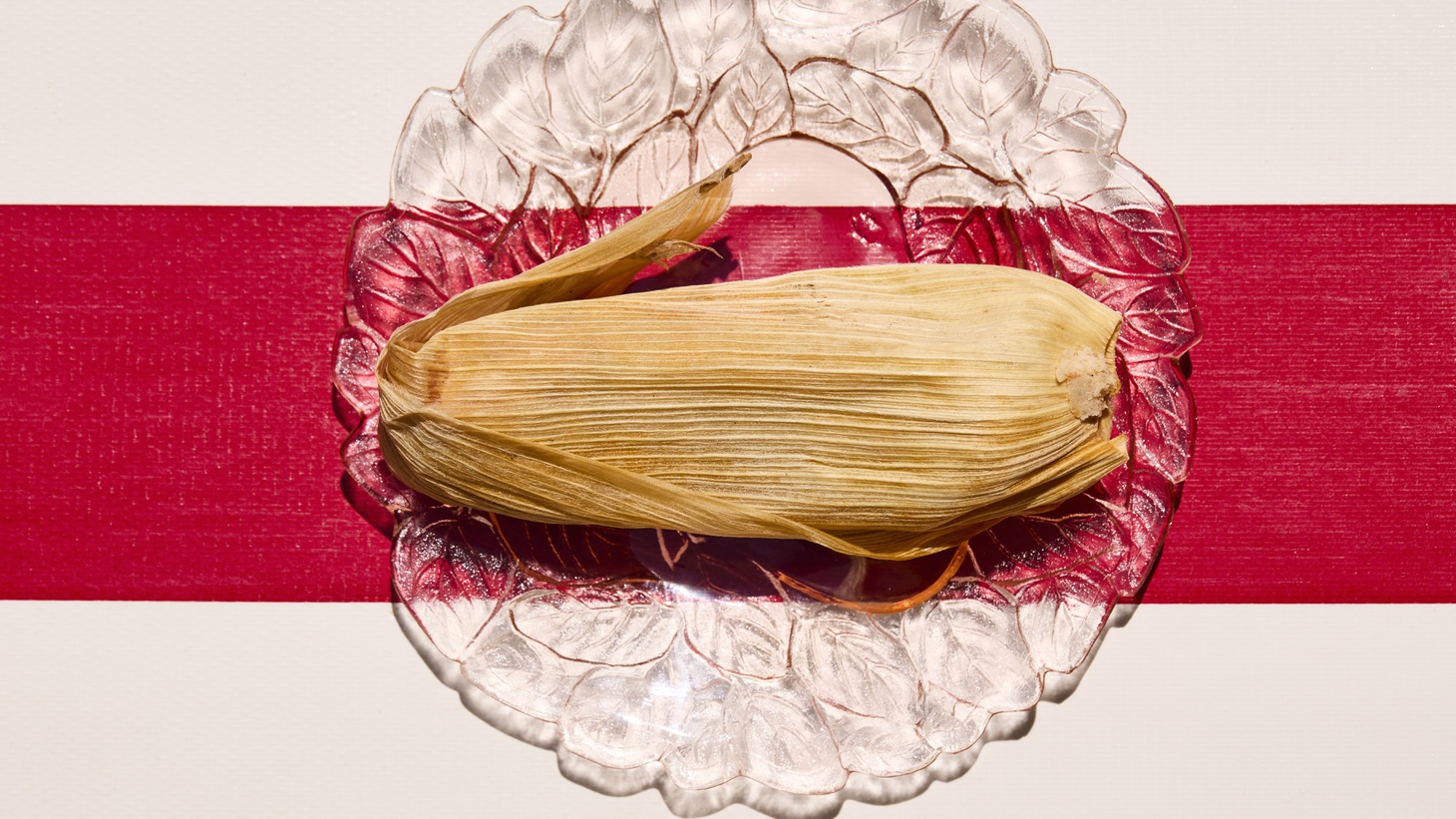 "The masa that comes from corn, has been dated to 9,000 years ago," says culinary anthropologist Claudia Serrato. Photo by Graydon Herriott.

Christmas in LA means tamale season. If you drive past Cinco Puntos or Tamales Lilianas on Christmas Eve, you will see a queue of hungry folks waiting for a dozen or more of their favorite flavors. For other families tomato season means a tamalada, where friends and family gather and make their own tamales. For culinary anthropologist Claudia Serrato, the tamalada is a yearly ritual. Serrato studies north and Mesoamerican foodways and food is her way to revitalize ancestral memories.

KCRW: Give us a brief history of the tamale.

Claudia Serrato: Tamales have been around for a very long time, and they're very significant for Mesoamerican peoples. Masa, which comes from corn, has been dated to 9000 years ago. So that means the wild version of what has become the domesticated corn, which eventually becomes the masa that is used for the tamale making. In indigenous terms, it has existed since time immemorial. That means that there is no true memory of its origins. However, archaeologists are doing their best to figure this out. So many indigenous pueblos throughout Mexico came up with their own style of tamales. Some take more of a triangle shape. In Mexico City, they are more of the original style of tamale – which is a word meaning wrapped or wrapped food. These tamales predate the tortilla.

Do they know if they reference any other main material besides corn, or does the word presuppose it will always be corn?

It's really interesting because not all masa comes from corn. Masa has also been made with different amaranths. There is a black, red, and white amaranth. That was another grain that was used in the preparation of masa. We also see the same thing in South America – there was the use of quinoa as the masa that the tamales of those regions.

In the Mesoamerican world, do these amaranth mosses still live on today?

Amarinth is actually remembered and it is utilized and integrated in the making of masa. Now because this particular grain was deemed unusable by the Spanish during the time of conquest, many folks forgot about the combination and how nutritionally dense it would make the masa of corn. I have learned to bring it back into my tamale making. What I have found is that it actually fluffs the masa – it creates little pockets of air. So it allows for there to be a fluff, as you cut right into the masa or as you put the masa up into your mouth. It's quite wonderful.

What do we know about how they were made in Mesoamerican times? In terms of the process, and were people already filling them? Or, was it more like a dough?

In pre-colonial times, tamales were prepared all year long, and they were not made just as pockets of dough. They were actually filled. They were usually seasonal fillings. Say it was the springtime, for those that were brought up the coast, you would see more fish. For folks that were up in the hillside you would see more rabbit, or more deer. And for folks that had no access to large bodies of water, then you would see the tamales filled with different plant relatives. Tequesquite was also used as a riser – it is a mineral that comes from the lakes, and it's very rocky, and very salty.

Tamales of pre-colonial times did not contain any lard as we know them today. The texture was a little more coarse and dense. Aside from fish, deer, rabbit, and other wild plants, tamales were made with turkey, iguana, frogs, birds, shrimp, cricket, larva, avocados, bean, tomato, fruit, and vegetables. My ultimate favorite is cacao. Tamales weren't limited to four or five tamales like we know them today – and not just that, but also to the method of preparing them. Some were actually placed on top of comal – just like you would have tortilla – you just kept flipping them and turning them so those would be considered comal tamales. And some tamales were buried underground. Those weren't deep-steamed as we see barbacoa beans, deep steam today. There were also other technologies that were made so that you could place the tamales inside, over a large burning fire. There was a lot of variety. There was a lot of diversity.

Let's talk about modern day and people eating and making tamales. It seems like tamales have been pushed into this one time of year.

Really interestingly, tamales are accessible and available year round. We see this throughout Mexico, Central America, and South America. But in the United States, it seems to be a food that is most craved during the fall equinox or Christmastime. It's really a time when family is able to come together. In my home, this has been since I was born – so for 45 years now, my family continues to honor the tradition of the tamalada. The tamaladas are usually large. There's usually about 20 of us that are doing this work. So you have your grinders, and the masiendos.

The folks that are actually preparing the masa – they’re mixing it. I don't like to use a mixer for my masa – for me, it takes away that cultural connection. I'm really used to digging my hands in there and mixing. It’s a lot of arm work and doing that reminds me of my grandmother. This is a little emotional for me – but I remember her arms, and I remember looking at them and watching her really mix the masa. It almost felt like it was like a never-ending story. I was always so impatient, but patiently waiting for her to stop. Because she said it was something you just had to keep on doing until the masa was ready. That way, it goes on to the next stage, which is to be able to begin spreading the masa to the oja. It's labor-intensive, but that's the point to make in the tamales because it creates unity. It brings us together, and not just that, but it asserts who we are as indigenous Mesoamerican peoples still thriving, and still surviving in such a beautiful way as we are today.

You make blue corn and bison tamales. Do you make more than one kind of masa?

There are multiple tamales that I like to make and my family likes to make. We use white corn, red corn, and blue corn. Sometimes, tamales are made using Chile poblano; Those are some of my favorites. But the ones that have actually become my signature tamales have been my bison blue corn. And I specifically use the blue corn because it is one of the corns that has not been genetically modified as many other corns have. I also liked this corn because it really complements the bison.

After all of this work, when do people sit down and actually eat the tamales?

Immediately following a Tamalada there are two sessions where one sits down to eat. The first is the taster. So that is when there is a round of tamales, which is usually the first batch where those that are in the kitchen, get to taste – still covered in masa, still with our dirty aprons – we take our first bite. Now this first bite is a slow bite because the tamale is very hot. The feeling I'm always looking for is that feeling that just makes me just go, “oh my goodness.” It’s a nod. It's a smile. It's at that point that you freshen up, do what you got to do. Then, the tamales are eaten all throughout the day. We usually save the sweet tamales for last.