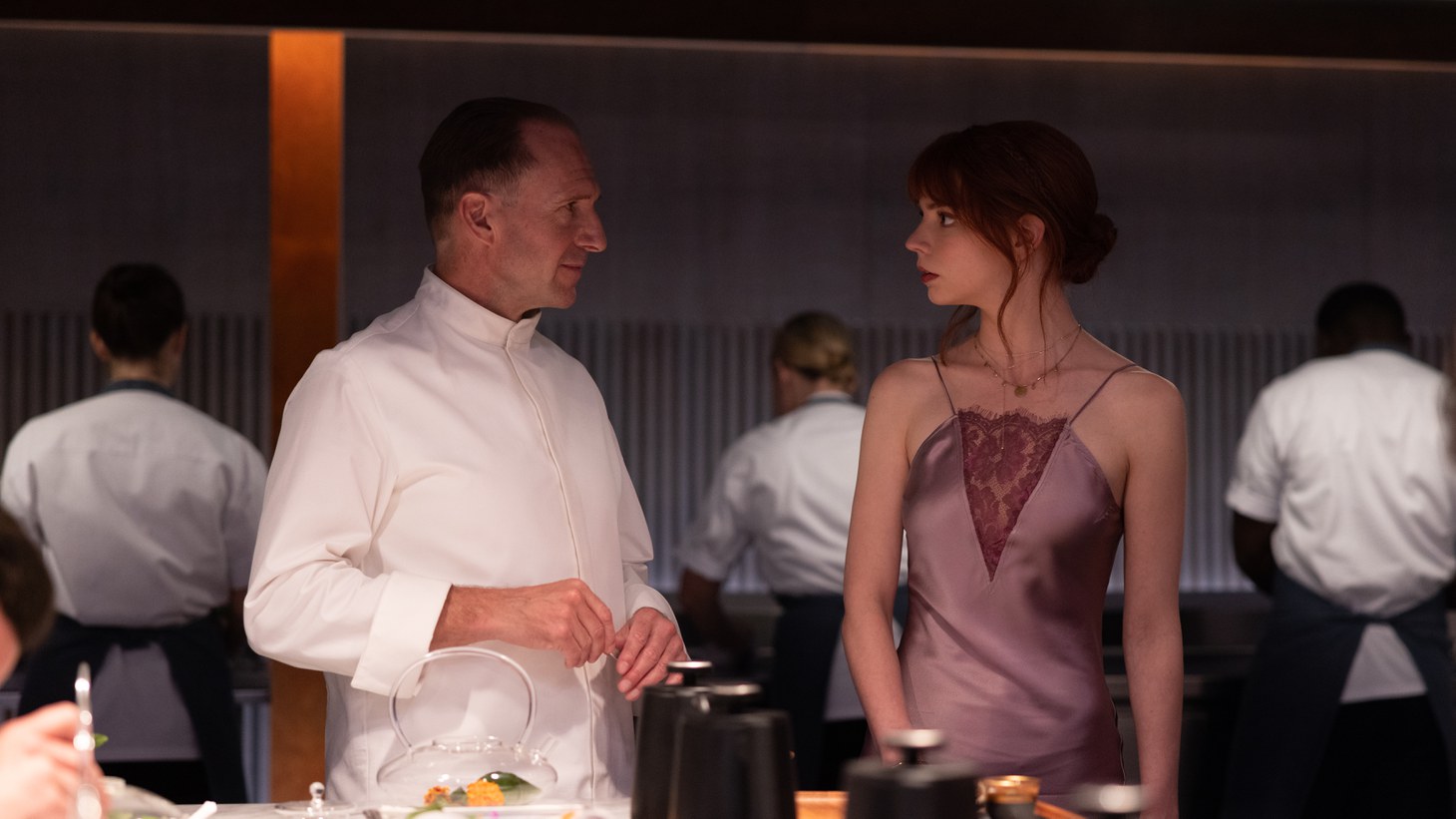 Ralph Fiennes (left) plays Julian Slowik, a chef looking to exact revenge on both his critics and acolytes in "The Menu." The actor and Anya Taylor-Joy were both nominated for Golden Globes for their roles. Photo courtesy of Searchlight Pictures.

Screenwriters Seth Reiss and Will Tracy didn't intend to pen a movie about class disparity set in a destination restaurant but broke down their script as a coursed out tasting menu. In "The Menu," Ralph Fiennes plays Chef Julian Slowik, who helms the kitchen at Hawthorne, a fictitious, twelve-seat destination restaurant that guests are ferried to by boat. The tension and comic surprise are ratcheted up with each course served, as the chef's intentions are increasingly unveiled.

Tracy shares that Alinea, noma, and El Bulli, as well as a Norwegian restaurant on an island he dined at on his honeymoon, were all sources of inspiration for Hawthorne. Chef Dominique Crenn acted as a culinary consultant on the film. "The Menu" is in wide release from Searchlight Pictures. 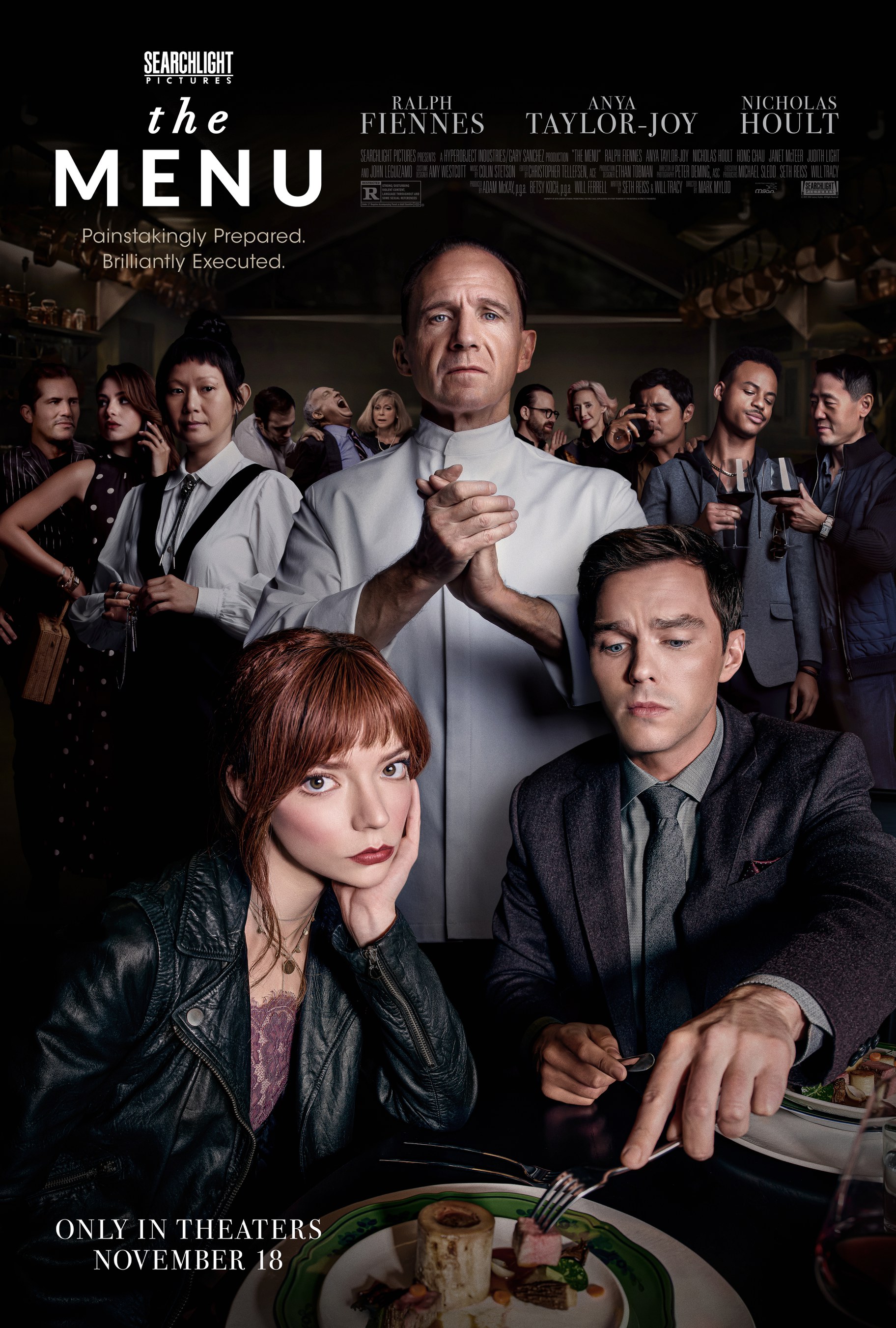 Screenwriters Seth Reiss and Will Tracy dissect entitlement in their culinary satire, "The Menu." Photo courtesy of Searchlight Pictures.