Inspired by the pumpkins in the northern Italian city of Mantua, this soup can be made with seasonal butternut squash. Photo by Susan Bell.

“Memories of life in old rural worlds live on in the cooking like ghosts hovering in saucepans,” writes Claudia Roden, who began collecting recipes over 60 years ago when she moved to London from Egypt to study art. Later, as she traveled around the Mediterranean, she recognized the influence left by Arabs and Jews that is often denied. She describes an incestuous history between countries, where a dominant Roman empire planted wheat, olive groves, and fruit for wine, and sweet and sour flavors were an influence of Arab rule. “Claudia Roden’s Mediterranean” revisits recipes inspired by a lifetime of travel.

Pumpkin Soup with Orzo and Amaretti
Serves 6 to 8

The pumpkins of the city of Mantua in northern Italy (called capello del prete because they look like a priest’s hat) are celebrated for their exceptionally sweet and delicate flavor, and the city is famous for its pumpkin risotti and tortelli. This soup is inspired by the filling in the tortelli di zucca that I ate there. If you don’t have a fine-tasting pumpkin, use butternut squash.

You can prepare the soup in advance, but cook the pasta separately when reheating the soup and add it just before serving.

-Put the pumpkin or squash in a large saucepan with the water and bouillon cubes. Bring to a boil, then simmer, covered, over low heat for 20 minutes, until the pumpkin is soft.

-At the same time, cook the orzo in boiling salted water for about 10 minutes, until al dente, and then drain quickly.

-Blend the pumpkin or squash to a purée using an immersion blender (or in a food processor), then add the milk. Bring to a simmer, taking care not to let it boil over, and season with salt and pepper.

-Just before serving, bring the soup to a simmer and add the cooked orzo. Pass around little bowls of cinnamon, grated Parmesan, and crumbled amaretti for your guests to sprinkle over their soup.

This is a Syrian dish, and my family called it bazargan because all the ingredients could be bought at the spice bazaar in Aleppo. It is substantial and filling and also amazingly rich and tasty, with a variety of nuts, spices, and aromatics. It is easy to make for a lot of people, can be prepared in advance, and keeps perfectly well for days. There is also no cooking because bulgur is wheat that has been boiled, dried, and then “cracked” – it only needs soaking in boiling water, while all the aromatic ingredients are beaten together as a dressing.

Serve as a first course with Greek yogurt or labneh (see page 45). It can be served in a large bowl or elegantly rolled into balls the size of a walnut and cupped in Little Gem lettuce leaves. 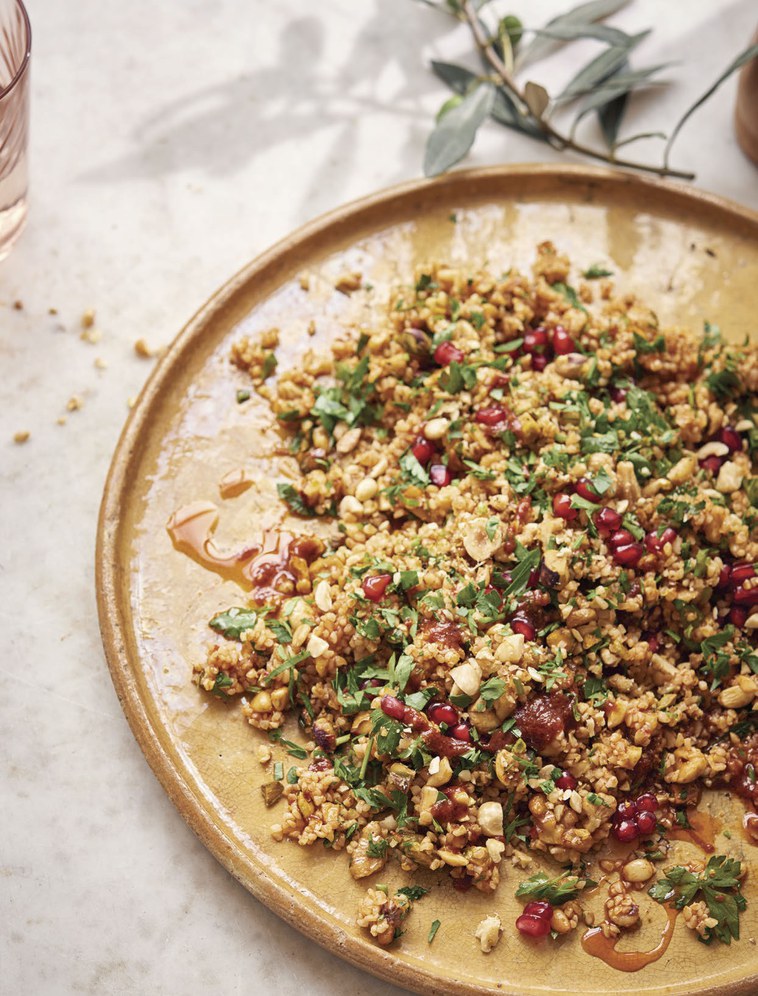 A filling Syrian dish, Claudia Roden’s family called this bulgur and nut salad “bargarzan” because all of the ingredients could be purchased at the spice bazaar in Aleppo. Photo by Susan Bell.

-Put the bulgur in a large bowl and pour the boiling water over it. Let soak for 30 minutes, until the grains are very tender. Stir occasionally so that the water is absorbed evenly.

-Combine the olive oil with the pomegranate molasses and season with salt. Add the lemon juice, tomato paste, harissa, cumin, coriander, and allspice and beat vigorously with a fork until well blended. Pour over the bulgur and mix very well. Taste and add more salt if necessary.

-Coarsely chop the walnuts, hazelnuts, and pistachios. Add them to the bulgur, stir in the pine nuts and parsley; mix well. If you like, garnish with pomegranate seeds before serving. 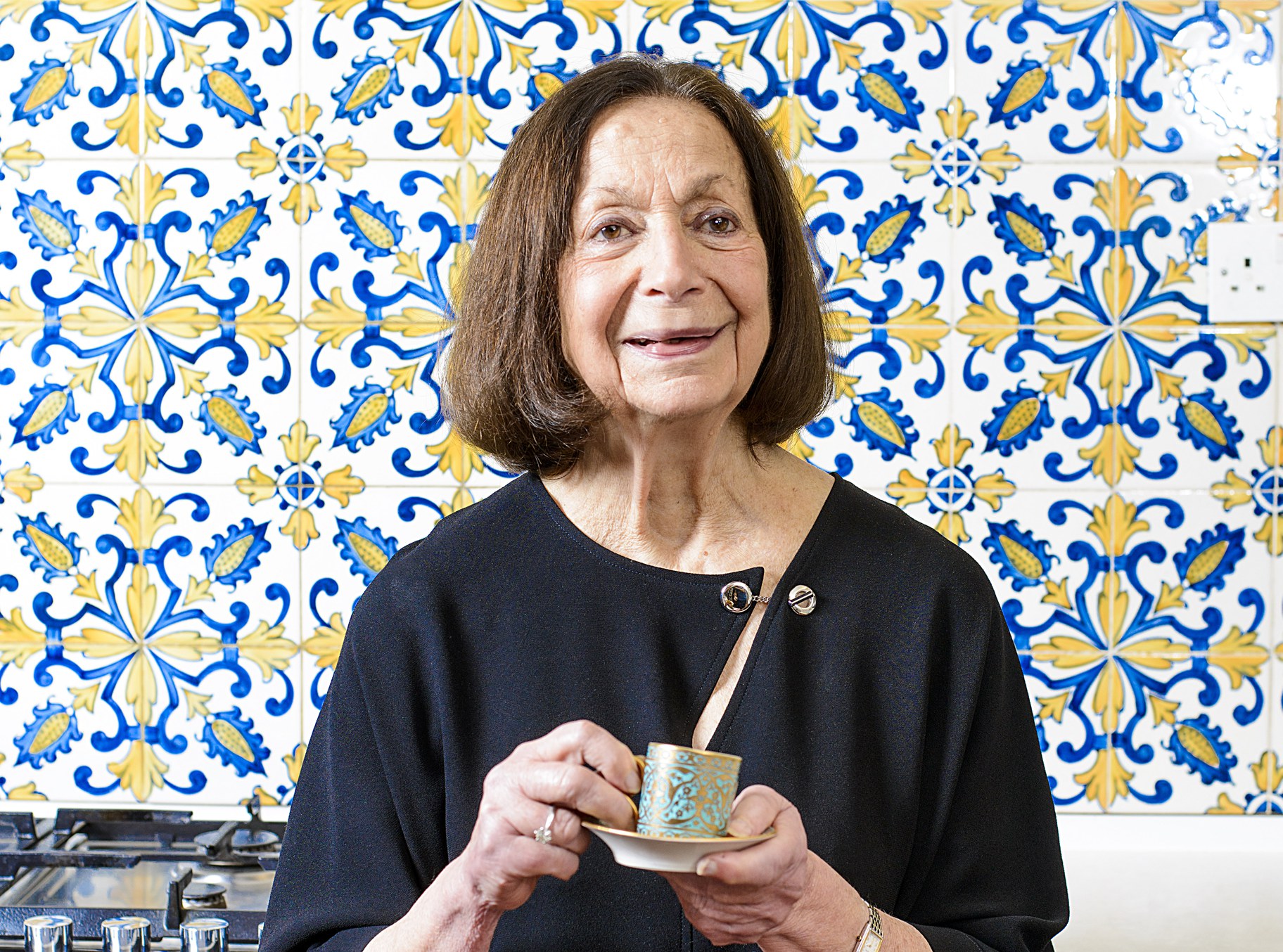 Claudia Roden is credited for introducing Middle Eastern cuisine to a wider audience long before most American knew how to pronounce the word ”‘hummus.” Photo by Jamie Lau Waitrose & Partners. 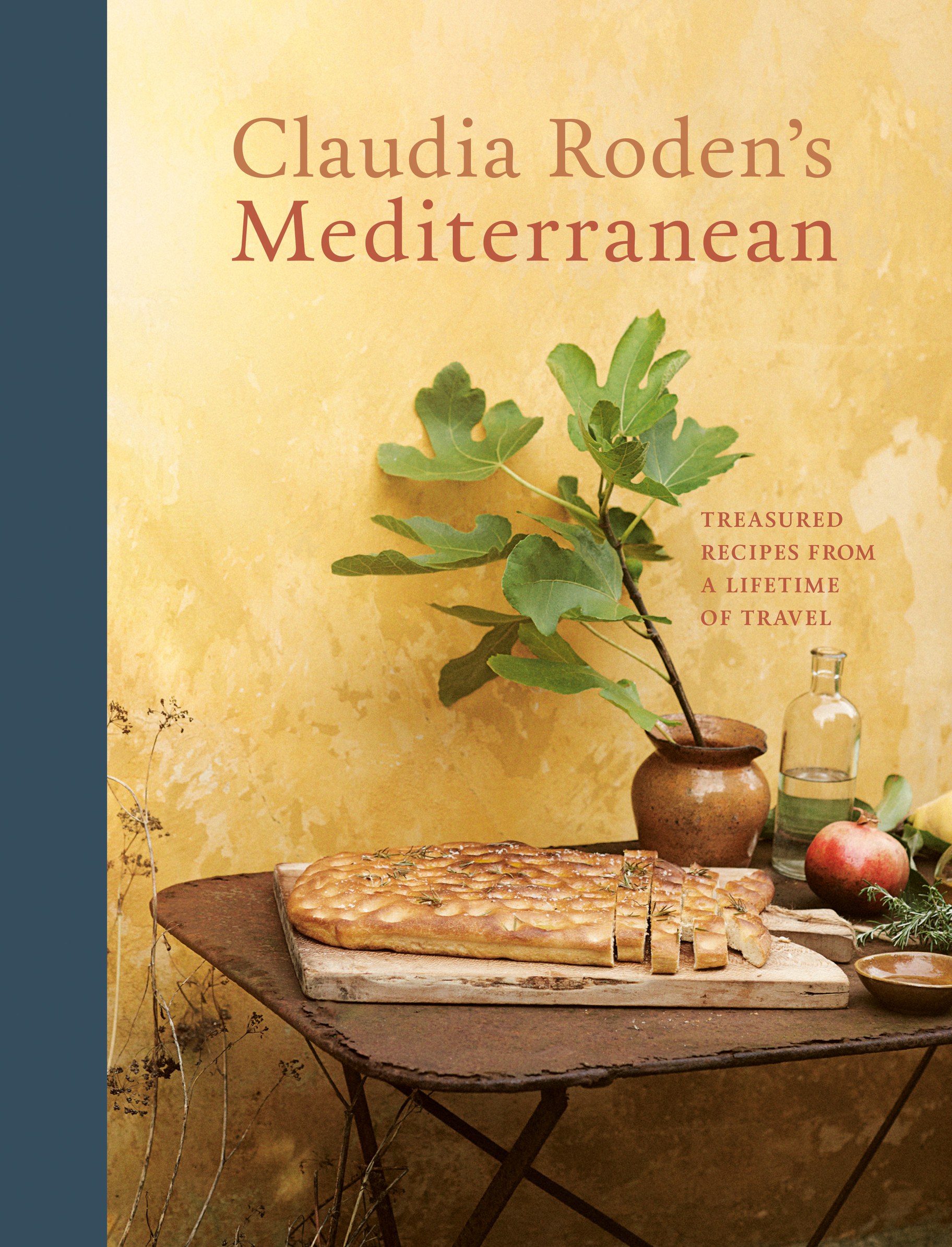