The life of LA chef Roy Choi seems ready made for TV. The Kogi founder went from a rough-and-tumble life in Koreatown to running an empire of restaurants and food trucks. In recent years, he’s been an outspoken advocate for food justice. But unlike other celebrity chefs, he’s gone most of his career without his own television show — until now.

Choi’s new documentary TV series called “Broken Bread” premiered on KCET earlier this week. Co-produced by Tastemade, the show’s focus isn’t on the chef, but instead on the organizations and individuals using food to affect social change.

“I've given a lot, but I run out of knowledge sometimes,” Choi says. “There are other people out there doing so many things that I don't get to interact with everyday. So this was an opportunity to go out and really learn from them.” 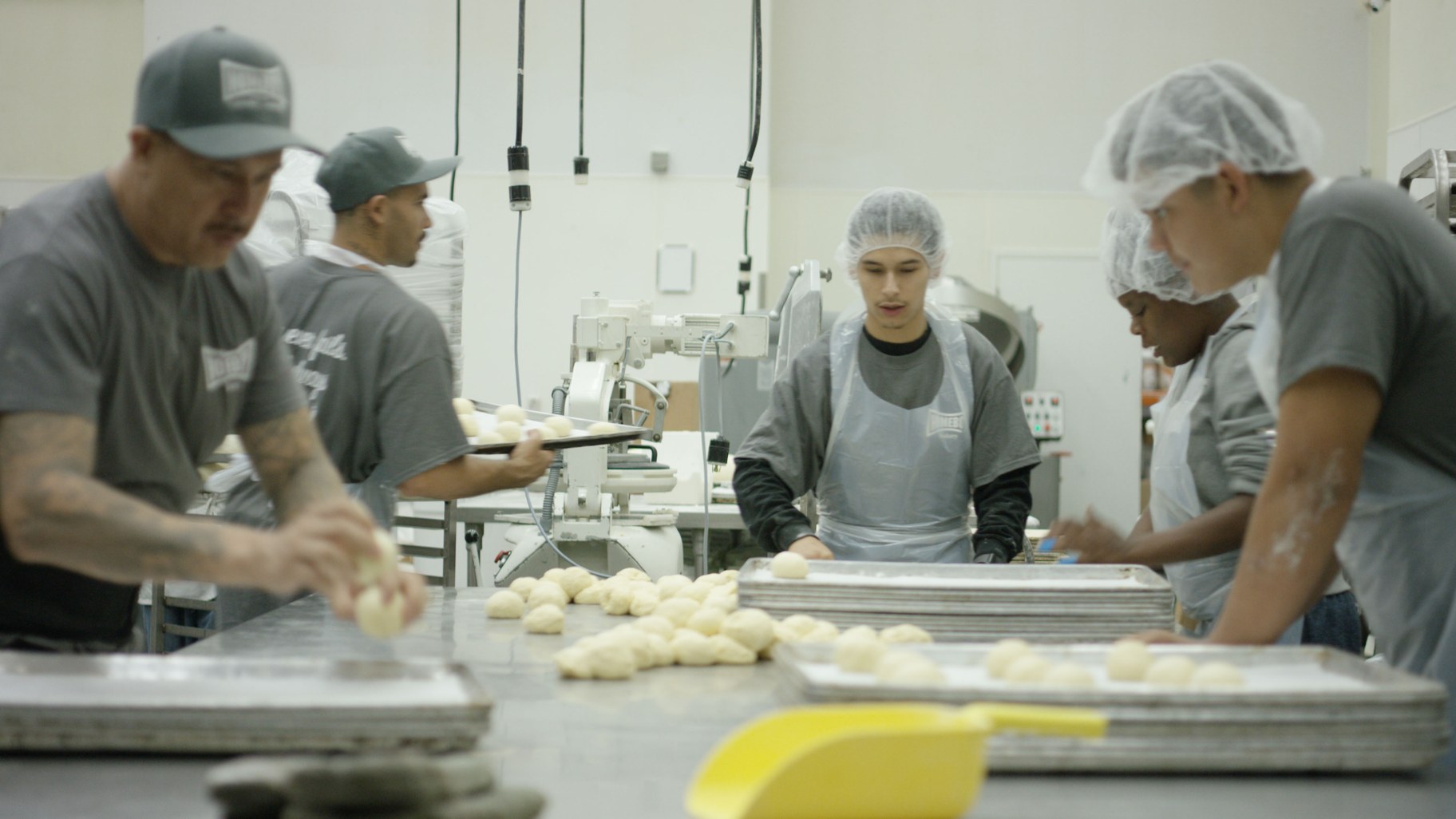 Each of the show’s six episodes centers on a particular theme. The first episode, “Transformation,” examines homelessness in LA and the incarceration system. Among those featured are Homeboy and Homegirl Industries and founder Fr. Greg Boyle, who take gang members off the streets by giving them opportunities in the kitchen. Choi also visits chef Mar Diego of Dough Girl Pizza in Lake Balboa. She employs local youth who are homeless and struggling with drug addiction.

Choi paraphrases a quote from Fr. Boyle that continues to stick with him: “How do we know that the real world got it right? …I have gang bangers that were shooting at each other and killing each other. [They’re] making croissants together now. Isn't that the world that we want?” 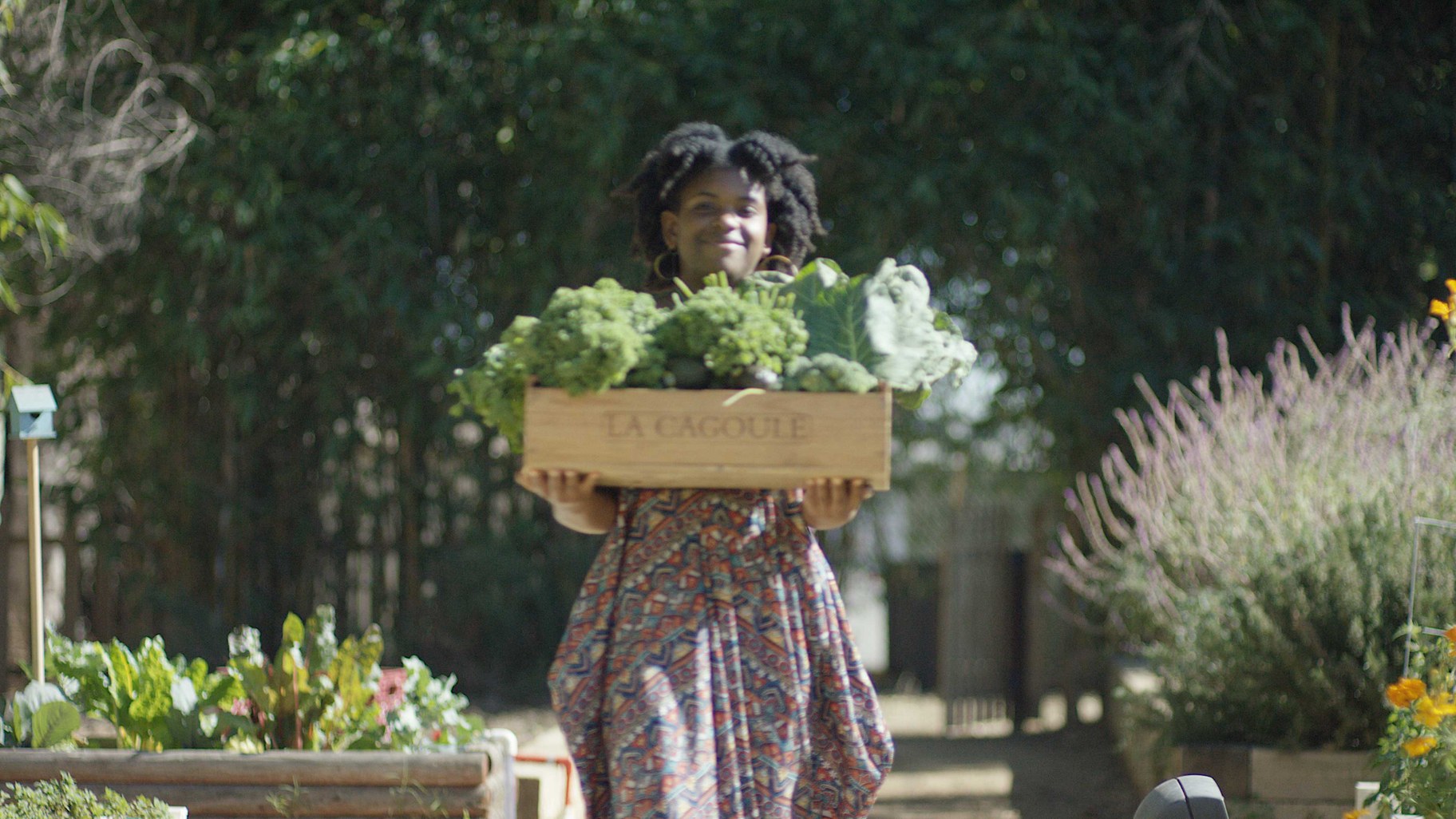 In another episode, Choi examines food deserts in low-income neighborhoods. It’s a problem that Olympia Auset is trying to address through Süprmarkt, which delivers affordable organic produce to families. For example, a mango that would usually cost three or four dollars at a farmer’s market costs 75 cents through Süprmarkt. Choi explains that Auset is able to sell at such low prices because she gets cosmetically imperfect produce from farmers. The produce is then delivered to people’s homes throughout South Central LA.

“Her philosophy, and this program, and what she's doing, and the reasons of why she's doing it . . . could shift the dynamics of how people who don't have access to produce can get it,” says Choi. 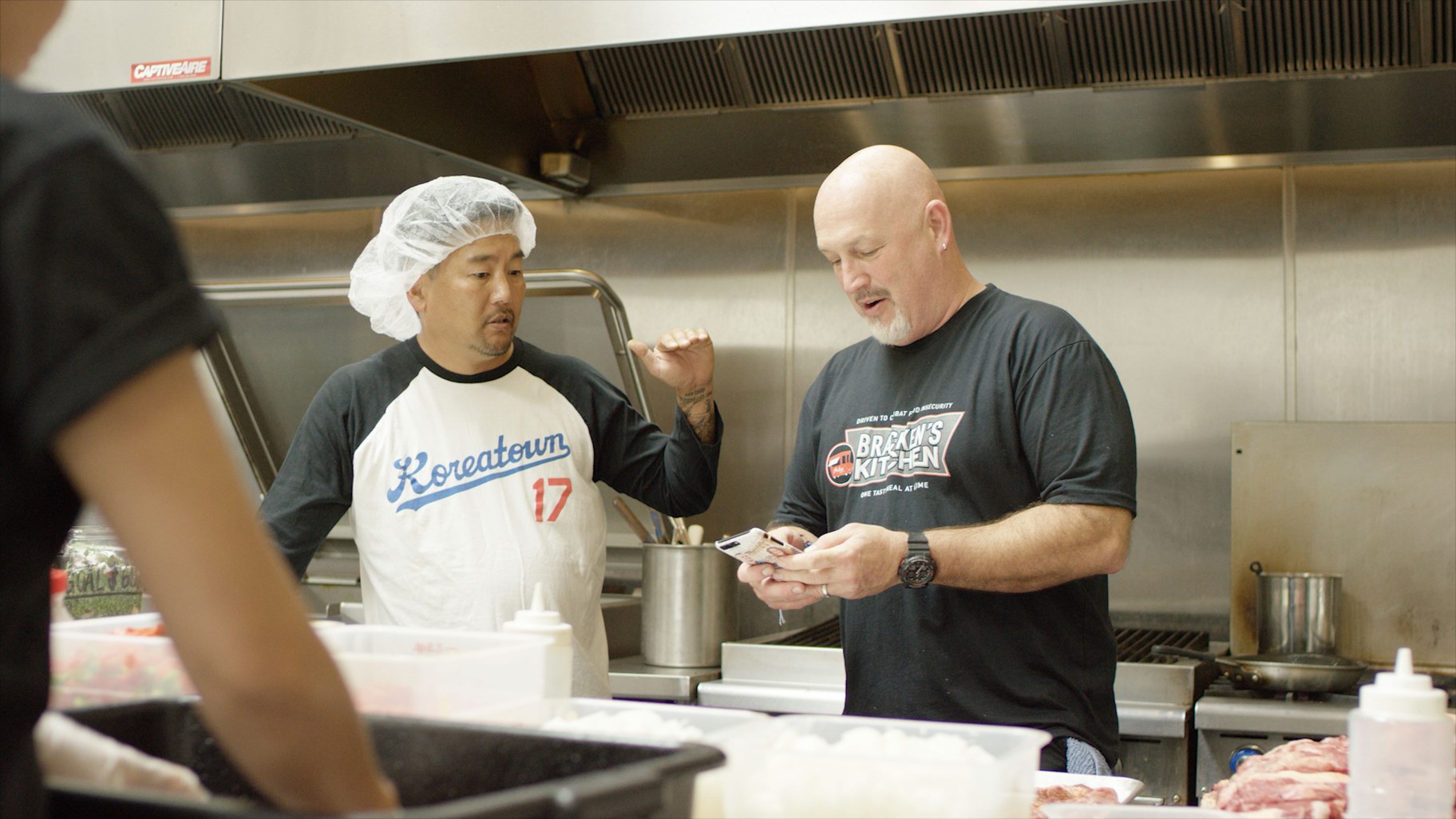 Another episode examines the issue of food waste, particularly rampant in supermarkets and hotels. Choi introduces viewers to Orange County chef Bill Bracken, who visits hundreds of hotels in his area to ask for leftover food from banquets and breakfast buffets. He then makes new dishes with the leftovers, such as chicken soup from yesterday’s chicken skewers.

“He doesn't have to pay for any food cost. All that food would have gone to the trash. But instead he's able to repurpose it, work off volunteer help, and then go out and feed the homeless in Santa Ana every night,” says Choi. 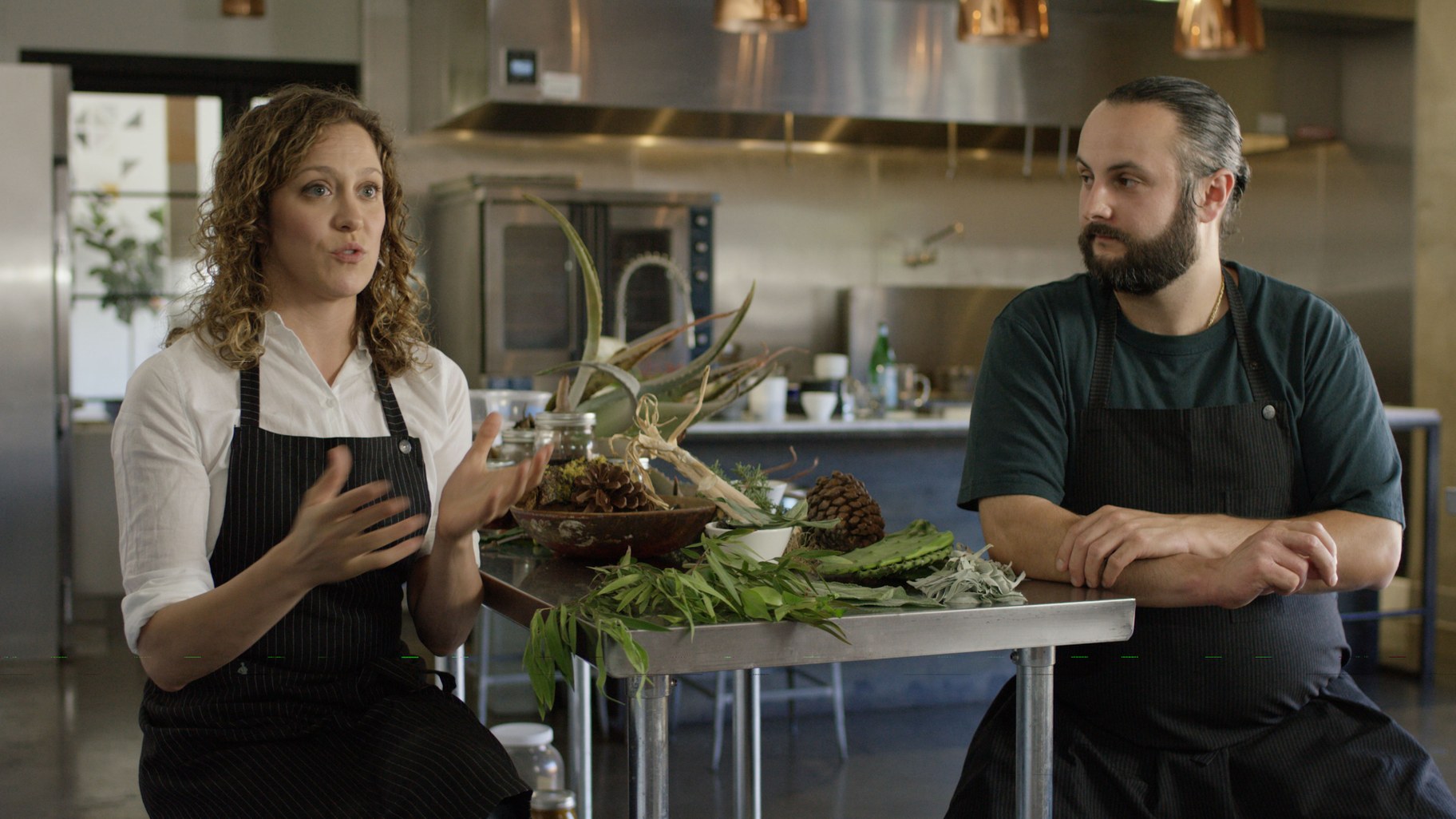 Choi says the world tends to eat meat in unhealthy quantities—for example, 32 ounces of steak, six slices of bacon, and a double-decker pastrami sandwich all in one day.

So in an episode called “Future,” Choi speaks with people who are helping create a food system that depends less on meat. He talks to the chefs from Hank and Bean, a catering service featuring dinners with non-traditional proteins like crickets and jellyfish. He also visits Beyond Meat, which makes plant-based versions of burgers and sausages.

Choi describes his experience biting into a Beyond Meat product: “It tasted great, but it was also a joy of seeing something that is in development. The plant-based meat phenomenon and business has obviously taken over our world. It's here to stay. But it's still an infant. So when I bit into it and you saw my face, it was this kind of situation where, ‘Wow this is delicious. But also like where's this going to be in 10 years?’ It’s like I saw the future when I bit into it.”

The life of LA chef Roy Choi seems ready made for TV. The Kogi founder went from a rough-and-tumble life in Koreatown to running an empire of restaurants and food...

Catering for a cause in the OC

A glimpse inside the world of high-end catering

The work of catering chefs largely exists behind the scenes—especially where lavish dinners and high-profile fundraising events are concerned.

On June 15, noted taco expert Bill Esparza is bringing a new taco festival to the ROW DTLA , featuring a slate of nearly 50 taqueros personally curated by the man...

Bill Addison on the pleasures of eating at Joy