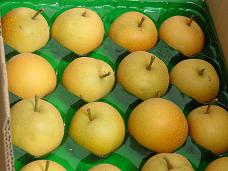 Laura Avery speaks about local spinach growers and tells us which counties are considered safe.  The outbreaks were found in three counties in Northern California -- Monterey, San Benito, and Santa Clara.

Also, State officials announced on Friday, September 29, 2006 that an investigation of Organic Pastures Dairy --a raw milk dairy whose product had been recalled showed the company's facilities were clean, allowing them to market milk again.

“Zero pathogens have been found in the state of California linked to organic dairy,” said Mark McAfee, owner of Organic Pastures Dairy. “We test our milk all the time, we agree that raw milk from factory farms should not be consumed, but we have grass-fed cows whose milk we can get test results from in a matter of hours.”

Since no contamination was found, investigators have lifted the quarantine, said Steve Lyle with the California Department of Food and Agriculture.

Laura talks to Laurence Hauben, growing partner of Jeff Rieger, as she describes their Asian Pears. Laurence tells us that Asian Pears must be ripened on the tree and picked by hand when the fruit reaches 17% sugar. Asian Pears should be kept in the refrigerator and eaten crunchy like apples. They can last 2-3 months in the refrigerator. Ask the farmers which pears are best for roasting and which are best eaten raw in salads, they will be happy to tell you. Look for varieties: Hosui, Kosui, Kikusui, Shinseki, 20th Century, Chojuro. Yali, Tsuli, and Shinko.

Visit their website where you can purchase items direct from the farm and find recipes for Asian pears.

Move Over Cold Duck- Sparkling Red Wines to Die For

Robert Rogness is the General Manager of Wine Expo in Santa Monica. He talked about four sparkling red wines that are sure to please. 1. Picchioni Sangue de Giuda Means...

Laura Avery speaks about local spinach growers and tells us which counties are considered safe. The outbreaks were found in three counties in Northern California --...

When Dylan Schaffer’s dying father wanted to atone for mistakes that produced disastrous consequences in his family’s life, he made a wish to take a seven-month long baking...

Michael Foti and his family live in suburban Lakewood, CA. Earlier this year the Foti's were pursued by L.A. artist and architect Fritz Haeg to be a part of his Edible...

Michael Pollan is the author of The Omnivore’s Dilemma: A Natural History of Four Meals. No one knows about the industrialized food supply in our country better than...