Arriving in Los Angeles in 1999 to get her master’s degree in computer science, jammaker and author of “Mumbai Modern” Amisha Dodhia Gurbani shares recollections of her first Thanksgiving and the horror that were Brussels sprouts. She has embraced the vegetable, and in her latest cookbook weds Indian tradition with the California produce she has discovered in her adopted city by the Bay.

When you immigrate to another country, you adapt to the different traditions and festivals celebrated in that country while trying to keep your own cultural traditions. Adapting to the United States was definitely a huge challenge, being away from my family with very few friends that I knew from Mumbai. I made new friends who were not Indian and I learned the American way of doing things. There was a lot to learn and unlearn, but as we come to a different place, we grow resilient and learn to adapt to the new ways with a smile. In the first year of my master’s program in Los Angeles, I came to know of the most important holiday: Thanksgiving. My first Thanksgiving was with a couple friends from Mumbai and a whole set of new American and international friends. We all made dishes and it was like an international potluck. One of the dishes was a brussels sprouts dish that I did not like. But that was the first time I was introduced to brussels sprouts. I realized over the years what a big part this cruciferous vegetable played for the biggest tradition and holiday in the United States. I grew to really enjoy this humble vegetable, especially knowing its umpteen health benefits. It is high in antioxidants, helps in prevention and fighting of cancer, is high in fiber, and, just like its cousins cauliflower and broccoli, it helps decrease the risk of diabetes.

Since having kids and wanting to make sure they get the proper nutrition, I have been making brussels sprouts regularly when they are in season with different preparations. One of my favorite ways is to make a toasted cumin-​coriander vinaigrette with smoked paprika and za’atar, tossing all the brussels sprouts in the vinaigrette and roasting them. Once roasted and nicely browned, I throw the sprouts together it with dates, walnuts, and pomegranate arils. The dish gets a lot of its flavor from the toasted cumin and coriander. The flavors are wonderful along with sweetness from the dates, crunch from the walnuts, and fall freshness from the pomegranate arils. The whole combination is so good and it has become a hit in our family and at any Thanksgiving get-​together.

**The salad can be made a day ahead and served at room temperature.

**The vinaigrette can be made a few days in advance and stored at room temperature. 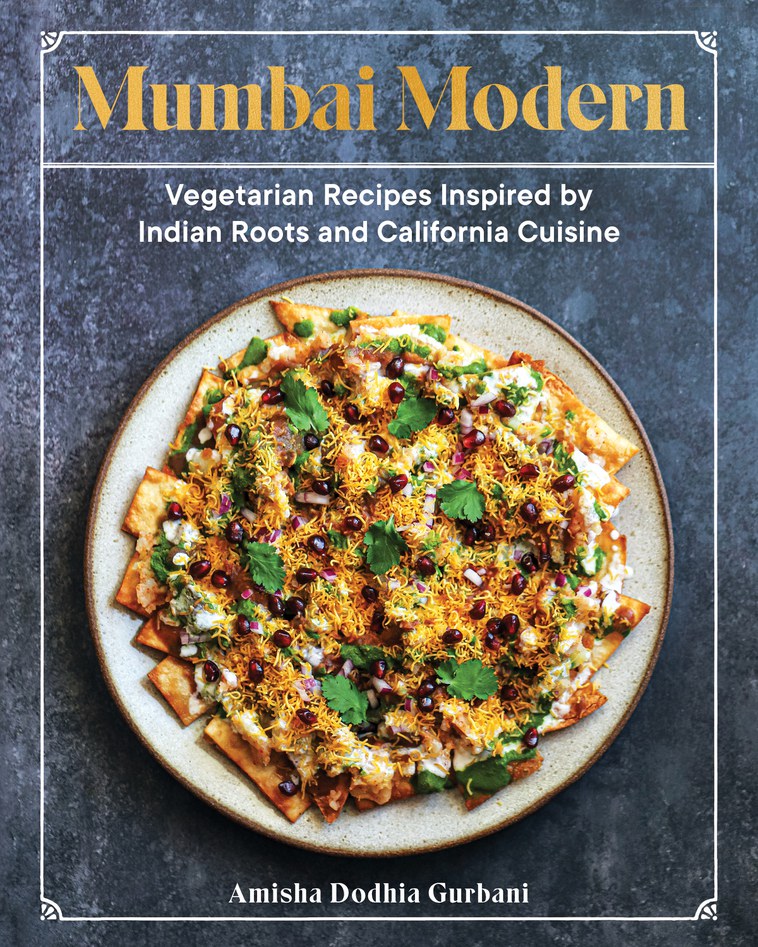 Heena Patel, the chef behind Besharam in San Francisco, cooks vegetarian food inspired by the flavors she grew up with in Gujarat. She remembers the flavors she encountered...

Control freak how to’s for delegating tasks on Thanksgiving

Genevieve Ko, senior editor at the New York Times, joined Good Food host Evan Kleiman for an Instagram Live chat on preparing for Thanksgiving. A listener asked, “How do you...

Getting the party started with jollof rice

Houston-based chef Kavachi Ukegbu says that in Igbo culture, Thanksgiving is like Christmas, and every auntie wants to show up the other and give everyone their best.

Joanne Lee Molinaro recalls her parents being reluctant to bring American dishes to the table except during the holidays.

In the battle of potato salad, Bryant Terry’s vegan version wins hands down

Bryant Terry, cookbook author and editor-in-chief of 4 Color Books, describes the informative moment of introducing his family to veganism unknowingly.

Genevieve Ko gives a thumbs down to making a mock turkey but instead would celebrate a vegetable such as cauliflower or squash.

Arriving in Los Angeles in 1999 to get her master’s degree in computer science, jammaker and author of “ Mumbai Modern ” Amisha Dodhia Gurbani shares recollections of her...

Her family made a turkey, but Genevieve Ko shares that most of the holiday dishes are what would typically appear at a big gathering with all of the relatives, which...

Despite all of her time spent in Paris, cookbook author Dorie Greenspan had never spent a Thanksgiving in France. One spring, hoping to share the holiday with French...

Cutting through the richness with acid and some greens

When the palate becomes coated with butter, salt, and cream at the Thanksgiving table, reach for the salad.

Cookbook author Anya von Bremzen flashbacks to her first Thanksgiving celebrated in Philadelphia after she and her mother immigrated, leaving the rest of her family behind...

Can heirloom apples be used in Thanksgiving pie?

Remembering to taste is the key to using apples in a pie to gauge their sweet or tartness. Texture is also important in determining how large to cut pieces and the use of...