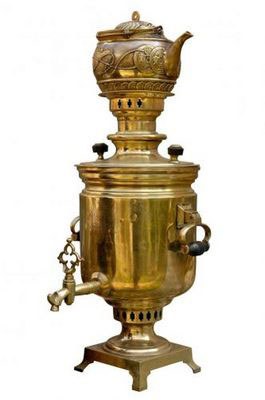 The Last Station is a film about novelist and thinker Leo Tolstoy's last days.  In the film, the actors frequently drink tea in the Russian style.  They use a samovar, which boils the water, to prepare the tea.  Instead of sugar, Russians often used jam, which they ate with a spoon directly from the jar.  Michael Hoffman directed the film.