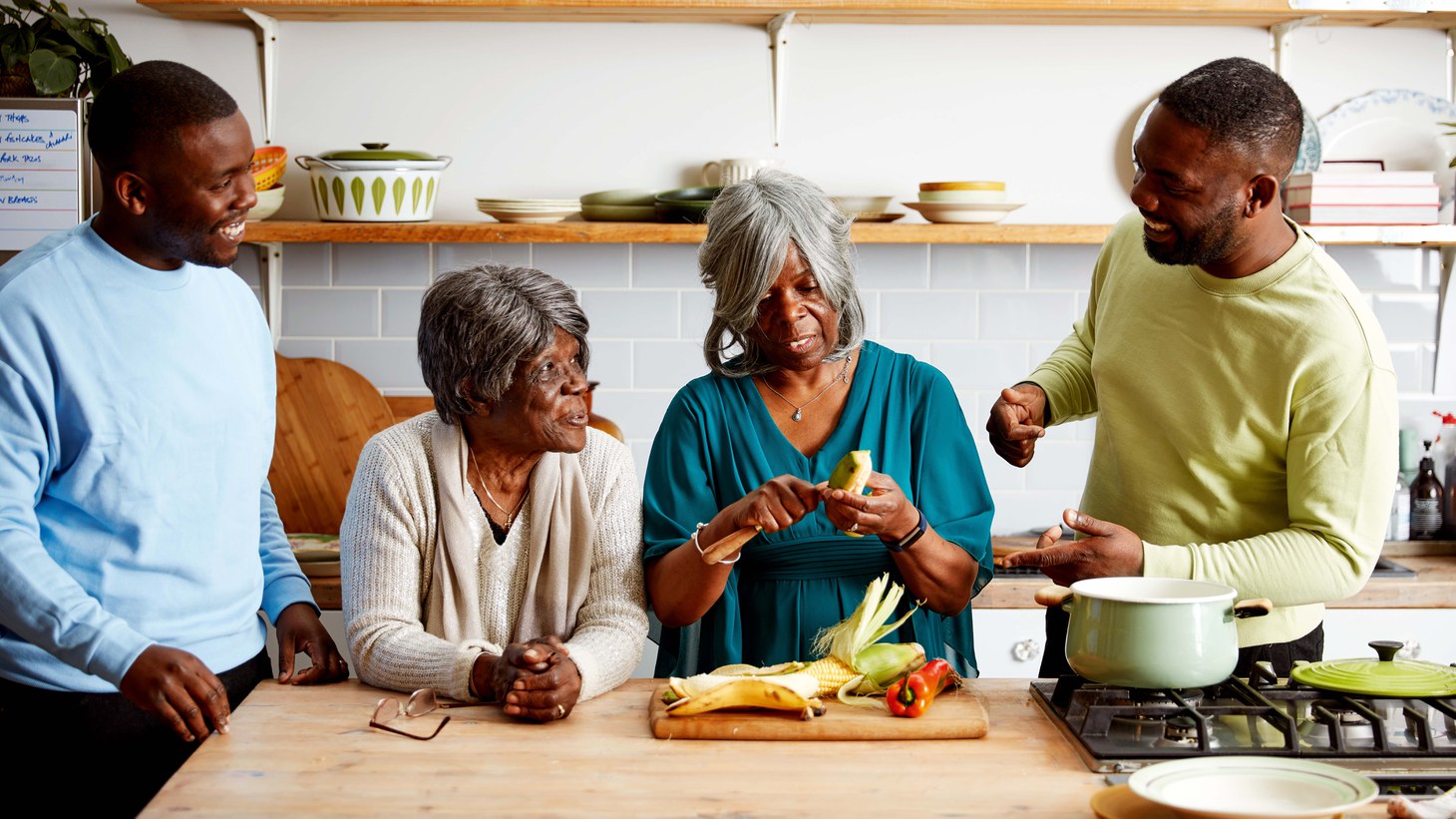 Brothers Craig (left) and Shaun McAnuff learned to cook from their Jamaican grandmother and mum but put a vegan twist on traditional favorites, something they refer to as “Original Flava.” Photo by Matt Russell.

Brothers Craig and Shaun McAnuff, born in South London to Jamaican parents,  embrace the Ital diet of Rastafarians, which includes plant-based recipes using spice and natural flavors. The Associated Press’ Adam Beam reports on how California farmers are looking for alternatives to irrigate their crops as drought continues in the state. Americans annually consume $4 billion of carbonated water  — is that better than its flat counterpart? Chef and author Naz Deravian explains how Afghans celebrate Nowruz at the table. LA Times restaurant critic Bill Addison grabs a spot at the counter at Clark Street Diner. Finally, green garlic is at the farmer’s market, where correspondent Ben Mims talks about shrimp curry with Rashida Holmes of Bridgetown Roti.