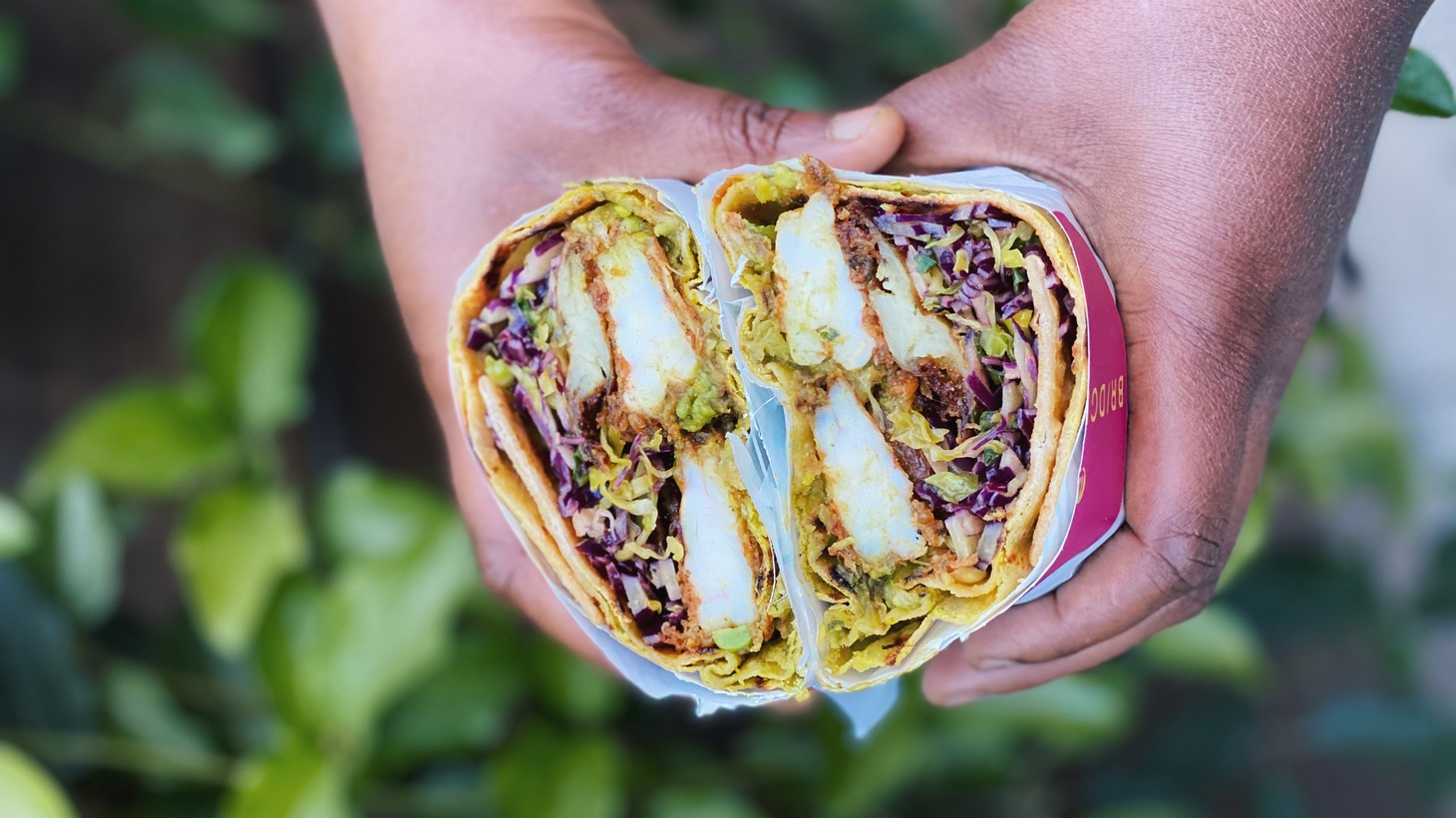 Los Angeles Times cooking columnist Ben Mims steps in with the market report, where he talks with Rashida Holmes of Bridgetown Roti in the Arts District. As spring has sprung, Holmes has her eye out for English peas and green garlic for the shrimp curry roti she recently added to the menu. She describes roti as a Caribbean burrito that can be filled with curried meats, channa, and pumpkin. Roti was inspired by the cooking of southern India, where Indians were forcibly brought in the 1840s.

Curry is heavily spiced, so Holmes chooses to brighten up her shrimp dish with lighter flavors. That’s where the seasonal green garlic comes in. A milder version of the allium family, replace any dish calling for scallions with green garlic to add a different dimension of flavor. She also suggests using the bottom white portion of the stalk in a ceviche.

Romeo Coleman of Coleman Family Farms calls green garlic a “teenager” because it’s just an immature version of the plant before it starts to develop into a head. With similar uses as a green onion, it has a stronger flavor which runs throughout the stalk. Coleman likes to grill the garlic and serve alongside meat, or throw it raw into a salad.