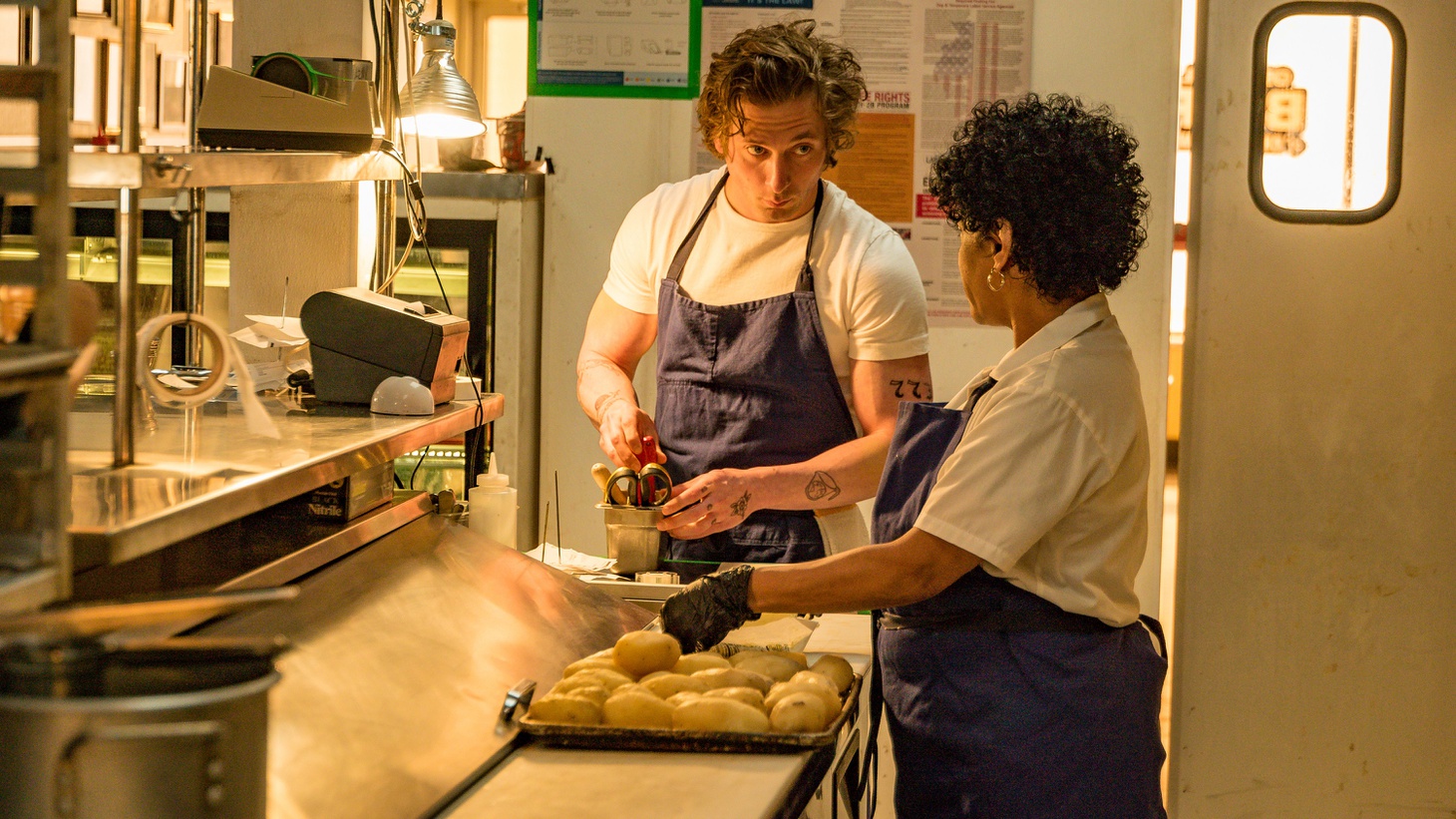 “For Carmy, my heart just kind of broke for him,” says actor Jeremy Allen White, who plays a chef returning home to run his family’s sandwich shop in the FX series, “The Bear.” Photo courtesy of FX.

In the new FX series “The Bear,” actor Jeremy Allen White plays Carmen “Carmy” Berzatto, a chef with struggles both in and out of the kitchen. Carmy leaves the fast and traumatic world of fine dining and returns to Chicago to run his family’s sandwich shop.

Good Food host Evan Kleiman has seen plenty of shows and movies set in restaurants, but most of them make her cringe. She says she doesn’t think she’s ever seen a better, or more nuanced depiction of the intense highs and crushing lows of working in a professional kitchen than what she’s seen in “The Bear.” She talks to White about his new leading role.

KCRW: I need to know how many beef sandwiches you ate to prepare for the role. Please tell me you're not a vegan.

Jeremy Allen White: No. I'd spent a fair amount of time in Chicago shooting the show “Shameless.” Portillo's was kind of my go-to for a time, because I’d have one, or several every time I was there to shoot that show. I probably had about a dozen while I was there shooting “The Bear.”

Do you have a particular order?

So when we meet Carmy, he's hurting. He's mourning his brother. He's having horrific PTSD flashbacks for not only the relationship with his brother, but all the abuse he endured working in restaurants. What drew you to the script and to this particular character?

We're meeting Carmy at his worst, his most confused, his most lost. It was really interesting to meet a character going through this most-traumatic moment in his life. I was really interested in the culinary world and fine dining. Not that I was incredibly knowledgeable, but a lot of people have a fascination. I think the amount of people who are interested in that world has grown tremendously in the last decade or two with the birth of these celebrity chefs. I was interested and I wanted to learn more. And as I did, the world became just more and more interesting.

I think for Carmy, my heart just kind of broke for him. His identity was so wrapped up in everything he built for himself, and in his identity of being a chef, and being incredibly good at it and successful at it. And his life outside of that seemed pretty empty.

I know that the struggling actor who's waiting tables is a trope. Did you have much experience working in restaurants, either front of the house or back, before you started shooting “The Bear?”

I never had any. I started acting pretty young and didn't really have any success until I was older. I got a commercial here and there, so no, I never worked in restaurants. 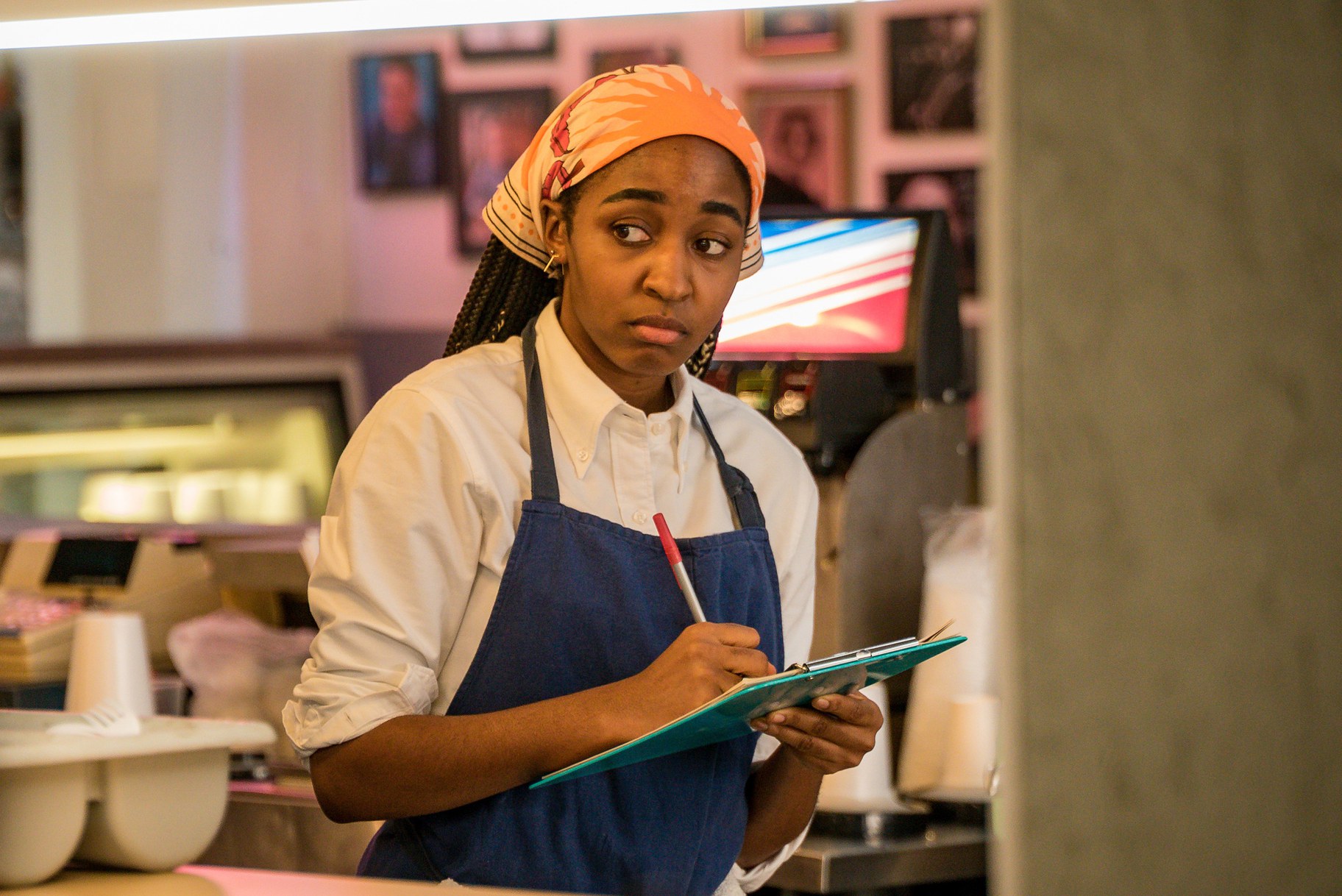 Ayo Edebiri plays Sydney in “The Bear.” Both she and star Jeremy Allen White had a crash course at the Institute of Culinary Education to prepare for their roles. Photo courtesy of FX.

I understand that you did a fair bit of hands-on prep for the role. You worked at several restaurants, including Pasjoli here in Santa Monica. Can you tell us about that experience, how long you were there, and what they had you doing?

It started even before I got to Pasjoli. I went to culinary school for two weeks at the Institute of Culinary Education in Pasadena. That was a crash course for myself and Ayo, who plays Sydney on the show. I learned a great deal in that time. I was pretty much clueless in the kitchen. [I learned] how to hold a knife, how to move around the kitchen, when to put oil on the pan, when to heat it – the basics and simple stuff.

Then I started going into restaurants. I spent about six weeks at Pasjoli. It started out where I was really just a fly on the wall. I really just wanted to watch how these cooks moved in the kitchen. Then I began to come during the day for prep, where the margin for error is a little bit smaller. If I screwed up, it could be repaired.

I got better with a knife. I was learning a lot really quickly. Everybody there was really supportive. As long as I showed up, and I was serious, they seemed game to teach. After a couple of weeks of that, I was kind of shoved onto the line with chef Dave Beran, who's a really wonderful chef. He came from Chicago – he was a chef at Alinea for a long time. So he was really wonderful and kind of gave me the nudge. Eventually I was cooking on the line, and actually cooking food that was served there. That was a real rush. 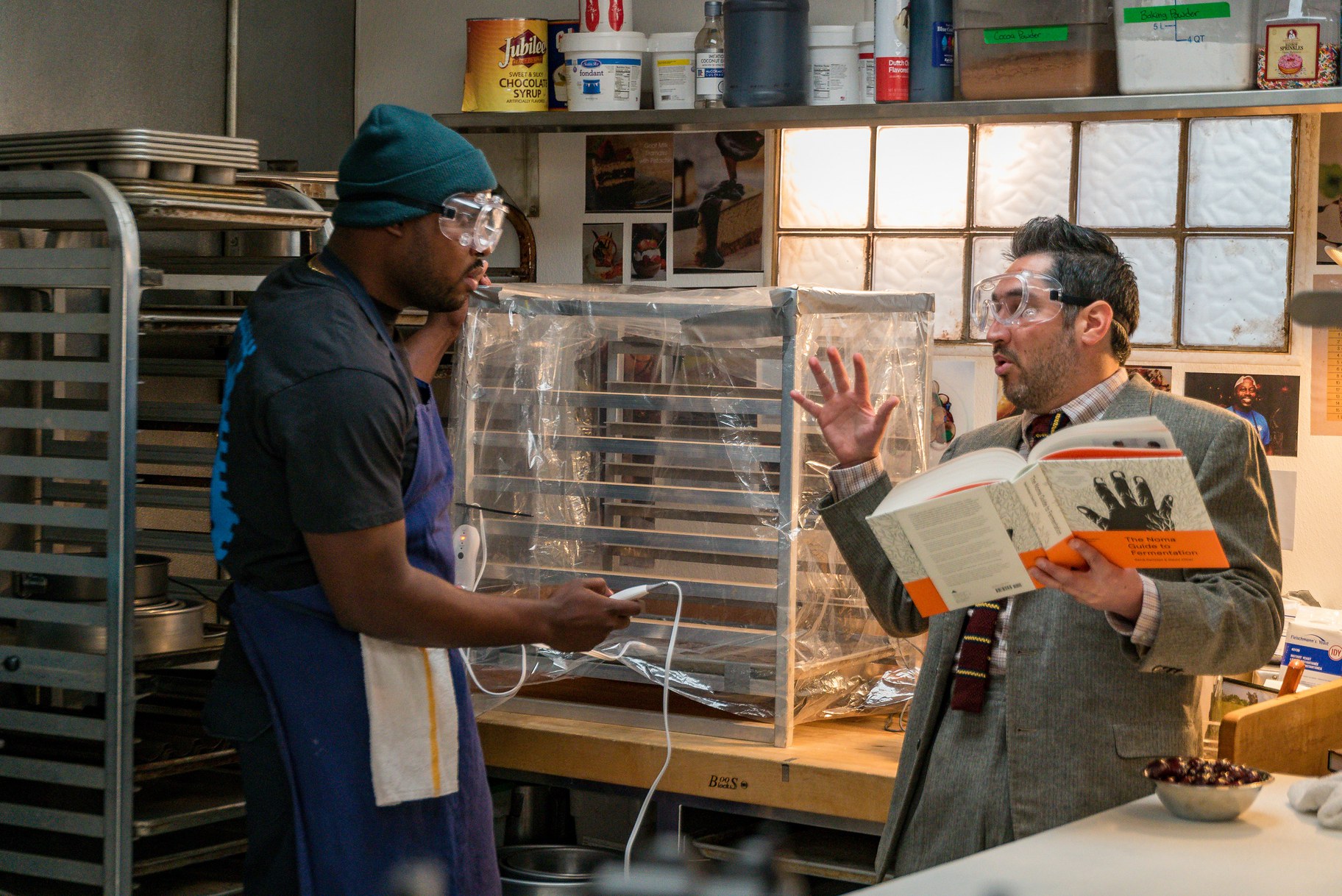 Creator Christopher Storer brought authenticity to the set of “The Bear” with fine dining references and inside baseball kitchen techniques. Photo courtesy of FX.

Did you connect with that experience? Did you enjoy it at all?

I gained a lot of respect for cooks and chefs during the process. I don't think I quite understood the sacrifice and the commitment that goes into being a chef – the repetition, it's a craft that you have to hone so consistently. I think at that level too. Or at any level, serving food is kind of a performance.

I'm curious about how surprised you were about the internal life of the character, the more you got into Carmy. He's such a real depiction of not just a chef-owner who's being pushed to the max, but one who's also juggling life problems. I think that is true of everybody in every job, but particularly those in the kitchen.

Carmy has thrown himself so much into his work. And obviously he's been running away from things – his feelings, his family, the place he grew up long before his brother committed suicide. He's not a stranger to burying himself in his work. He's so wrapped up in this identity that everything is automatically so high stakes. If he fails, I really think that Carmi thinks he's going to die. And if he can succeed, he'll have glory.

It was really obvious watching “The Bear” that whoever's writing the show has worked in restaurants. I love this scene where Carmy explains to aspiring pastry chef Marcus how to properly cut a tape label, which is something that Chef Thomas Keller is famously rigorous about. It's such an insider thing. Were there other little details like that that you had to pay attention to?

Christopher Storer, who's the creator of our show, is a really wonderful cook, but I don't know how much actual restaurant experience he's had. But his sister is the really wonderful chef Courtney Storer, who was chef at Jon and Vinny’s in Los Angeles for a long time, and she was around a lot. We also had chef Matty Matheson who's incredibly knowledgeable and now is a bit more of a restaurateur, but also was a consultant on this for us. But I know that a lot of Chris Storer’s heroes are our chefs. He has a real passion. That was like a nod to Keller for sure.

Because working in a professional kitchen is so hard, the staff often bonds in a way that people at most jobs don't. A psychologist would probably call it trauma bonding. I think there's a reason they call the staff dinner “family meal.” How would you describe Carmy’s relationship with his number two Sydney, played by Ayo Edebiri. She's amazing.

She's incredible. There's something really wonderful that they have almost an instant mutual respect for one another because Carmy thinks Sydney is talented, and Sydney thinks the same of him. They come from the same world.

Carmy has found himself at this restaurant where no one else knows [about his life] and he feels really unseen. When Sydney shows up, I think he feels seen and understood again. I can't speak for Ayo but, I think Sydney feels a similar way – at times, also very unseen. And I think that's where the conflict can come from. But they've been through a similar wringer. I think there's a mutual respect and a vulnerability they allow one another.