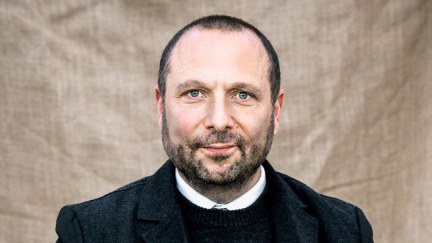 Dan Saladino is a food journalist and radio broadcaster on the BBC’s “The Food Programme.” His new book is “Eating to Extinction: The World’s Rarest Foods and Why We Need to Save Them.” Photo by Arthur Tixiliski

Extinction is typically associated with the animal kingdom, but they’re not the only life form on the planet at risk. In his new book “Eating to Extinction: The World’s Rarest Foods and Why We Need to Save Them,” food journalist Dan Saladino explores the nearly 5,000 vegetables, fruits, and grains that the world is on the brink of losing.

KCRW: In your book, you compare 40,000 generations of humankind interacting with plants in the original way, versus the modern experiment of the past 100 or so generations that seems to be coming to a crisis point. What does that show?

Dan Saladino: That way of looking at our relationship with food and how dramatically it's changed in such a short amount of time comes from a British surgeon, Denis Burkitt, who had spent quite a long time in Africa and wasn't seeing food-related illnesses there. But when he came back to Britain, he was treating patients with obesity and type two diabetes. And his argument was that it was the processing and industrialization of food in the mid 19th century and, in his view, the disappearance of fiber in our diet.

So he was very much focused on that. He had that understanding of that deep history and the way in which those thousands of generations of humans have evolved with extremely diverse diets. And that's where my book really focuses, on the beauty and the wonder of so much diversity that has existed for so long. And how, in a relatively short amount of time, that diversity has disappeared, and how uniformity has spread around the world.

What brought you to explore this story?

I make a radio program in the U.K.  called The Food Programme, and it was started in 1979 by a pioneering British food journalist. And he realized that in that decade of the ‘70s, a huge amount of change had taken place in the food that people were eating in different parts of Europe and also the Americas as well. And that's when the impact of that post-war boom, the agricultural boom, and also the boom in the production of calories, the green revolution, really started to kick in. And farming technologies spread around the world quite rapidly.

So when I joined my radio program here in the U.K., I was very much aware that it was based on the idea that there are food and drinks and food stories that needed to be captured before they disappeared. And when I started making radio programs, I was fortunate enough to be able to travel around the world. And every visit I was making, I was being told this was the last of its kind, or that this was a disappearing skill, or a crop wasn't going to be planted again because it wasn't economically viable. And from that experience, I then encountered the Ark of Taste, which is the catalog created by Slow Food in Italy, which exists to list and identify foods around the world which are in danger of becoming extinct. And today there are more than 5,000 of those foods from 130 countries.

You visited a wheat field in Turkey. What did you find there?

I wanted to go as close as I could to the Fertile Crescent, the birthplace of agriculture. That region, which is in southeastern Turkey, and parts of Syria, and what is today Israel and Jordan, was the birthplace not only of agriculture, but where wheat and barley were first domesticated around 10 or 12,000 years ago, taken from wild grasses, and then turned into this domesticated crop that gave us beer and gave us bread.

I wanted to go there to find out what was still left of that legacy of the earliest farmers. And I ended up in a village where they were growing a type of wheat called emmer wheat, which, along with einkorn, were the first types of wheat to be domesticated. Emmer wheat was the wheat that the people who built the pyramids were growing and turning into breads and other other types of food. It's an incredible grain, but has mostly disappeared because it has a hard husk, a protective shell that millers have to deal with. And it's also lower yielding.

But I ended up in a village [where] just three farmers were still growing this emmer wheat, which must have arrived there around 8,000 years ago, just on the brink of extinction. And this is one of the central arguments of the book. We are losing this diversity in these crops that actually can deal with climate change and that can contend with fungal diseases that are today threatening the modern food system.

So much of our modern food system is concentrated in very few hands. Are any of the big names who create giant swaths of what's in the supermarket collaborating to confront this lack of diversity?

I think there's just two ways of thinking about that. One is that, in a way, it's the same kind of diversity that's spreading around the world. For example, we might both be eating avocados today [even though we’re in different parts of the world]. An There are many othet food products that are gradually spreading around the world grown in vast monocultures that are becoming a global experience, for good and bad.

Secondly, [it’s an issue with] the building blocks of the food system. With wheat, for example, there are more than 200,000 unique samples of wheat being stored in seed vaults like the one in the Arctic Circle. But a farmer today might get to choose from recommended lists that are around ten, or perhaps fewer. More than 50% of the world's seeds are in the control of just four companies, which started out as chemical companies. Are they engaging with this? Do they recognize a problem? They do. And we are locked into what has been seen as a successful system of delivering huge amounts of food at incredibly cheap prices. But we're running out of time, because in terms of planetary health, the impact that's having on climate, and also our health, it seems we're locked into this system. But at least in the last few years, there's been recognition of the need to change.

Tell us about a couple of foods that are some of your favorites stories from the Ark of Taste.

The Sea Island Red Pea, or the Geechee Red Pea, is a story that I encountered when I met a farmer from Georgia called Matthew Rayford. And Matthew had traveled to Italy to attend the Slow Food event, which brings together farmers and cooks and different people who are trying to save these endangered foods. And Matthew was walking past these different stores and spotted a red pea that he recognized from his childhood. That pea turned out to be the Sea Island Red Pea, which had traveled from West Africa to the American South in the 18th century. His grandmother had been growing this pea, but he travelled all the way to Italy to rediscover this pea that had fallen out of favor and cultivation, and then set about bringing it back.

But that tiny little pea took me into a story of a food culture that went back thousands of years in Africa, to the enslavement of people who then arrived in the American South, and then had in some cases secret gardens where they preserved these peas and that diversity. And then [to] the story that unfolded in the 20th century of why so many people were leaving the land and so much diversity was being lost. And that's was one of the most important stories that told me that through each one of these foods, a wonderful, magical, important story about the world could be told.

Basically, our mouths drive the market. What we choose to eat is what farmers choose to plant, because they can sell it.

True … I think this story of diversity and where our food comes from, historically, and also geographically, needs to be understood by all of us. However, I don't think we should always beat ourselves up about what's happened in this food system, because behind the scenes, there are these extraordinarily powerful forces at play that are influencing decisions farmers make. And one that is almost universal around the world is the role of subsidies that governments, in most cases for good reason, want to provide [as] economic support to farmers to ensure the food keeps being supplied.

But those subsidies can often distort what's good for the planet, and what's good for us. And in a sense, what those subsidies have done in the last 100 years is create huge amounts of calories at the expense of diversity. And if you think about the production of vast amounts of corn or wheat to be exported around the world, in many cases, these subsidies are creating crops to be traded as a global commodity. They're not feeding the people around them. So I think our preferences and our choices are really important and can make a huge difference. But also I think we need to understand the stories and also the forces at play because I think we can play a part in saying that we would like to see change. 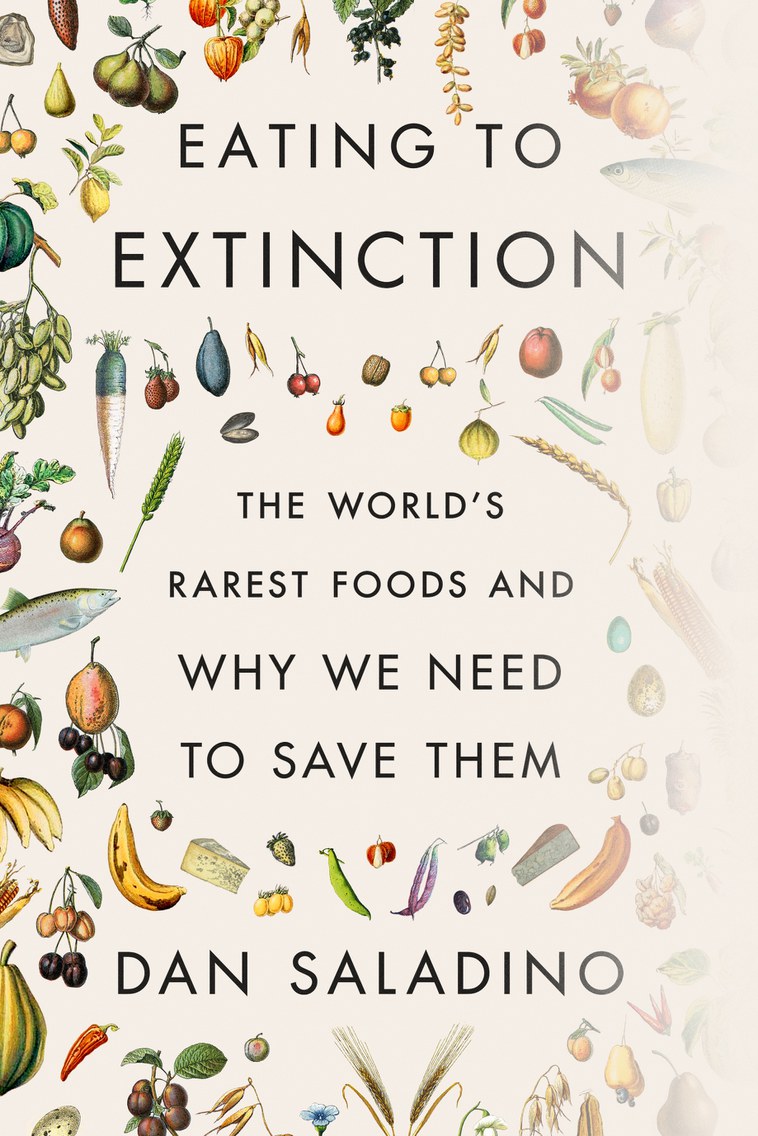 In his book “Eating to Extinction,” food journalist Dan Saladino writes that the world is in a crisis point of losing 5,000 species of plants in over 130 countries. Photo courtesy of Farrar, Straus and Giroux.