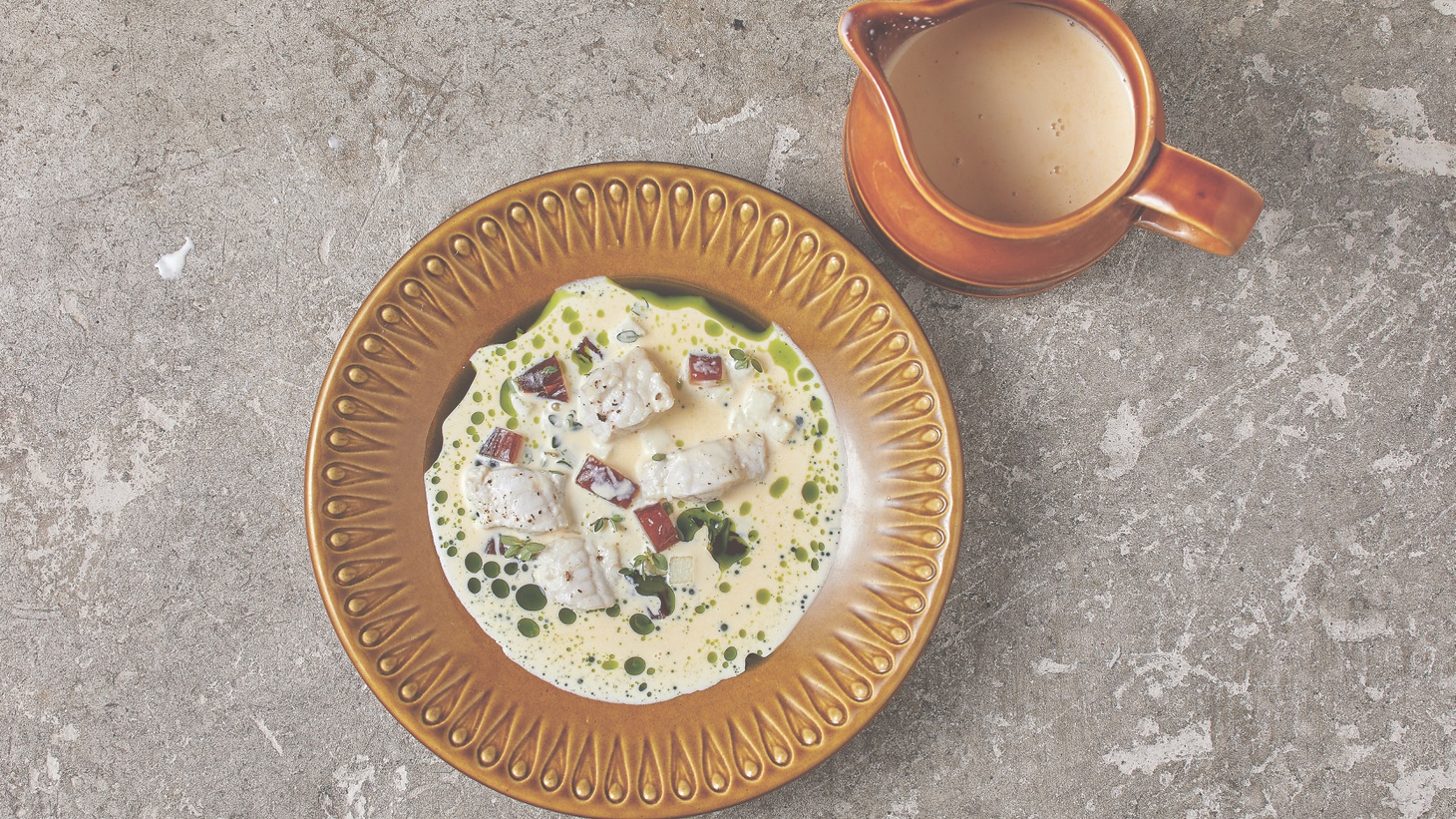 Gísli Matt honors his grandmother and Icelandic food traditions with his recipe for halibut soup. Photo by Karl Petersson.

Born on Vestmannaeyjar, a group of islands on the south coast of Iceland, chef Gísli Matt returned home to open a restaurant with his parents and sister. Slippurinn is on the precipice of celebrating a decade of menus.

The restaurant is housed on the second floor of an old machine warehouse in the shipyard and is only open for five months out of the year. While the staff changes each year, Matt continues to pay homage to traditional Icelandic ingredients including cod, in which he uses the skin as a chicharron to eliminate food waste.

Seabirds have been a staple in the diet of Iceland, where there’s a puffin hunting industry. Since the bird is endangered, he chooses not to serve the bird, instead using the eggs of guillemot, a small blackbird, in a new signature dish each season. This year, he scrambled the eggs with an XO sauce and spruce needles. His debut cookbook is “Slippurinn: Recipes and Stories from Iceland.”

Halibut soup is one of the few recipes that is only found in Iceland, yet it was very nearly forgotten. Only older Icelanders even remember it being served and most do not have very fond memories of it. Some of the flavours – dried bay leaves, vinegar and prunes – are not particularly Icelandic but were among the first products that were imported to Iceland. The most traditional way of preparing it is to boil the halibut head and bones with milk and other ingredients. To eat it, everyone would suck on the bones right out of the soup. The head of the table, the father, would get the head first, and then the mother and children would follow. I still use my grandmother’s recipe for halibut soup, though I’ve adapted it to the ingredients I have access to. I use fresh herbs that we forage on
Heimaey and also add fresh apples instead of dried apples, which she uses in her version. My grandmother used to put a splash of sherry in her broth, but I serve it on the side. It’s one of the only seafood soups in Iceland that doesn’t have a tomato base and added spices. It’s a rich fish broth that is unique in Iceland and has probably never appeared on a restaurant menu before. If we hadn’t started making it the recipe probably would have faded away over time. Everyone who tastes it at Slippurinn waxes nostalgic – they know they have tasted this odd combination of flavours before, but they can’t pin-point exactly where or when. 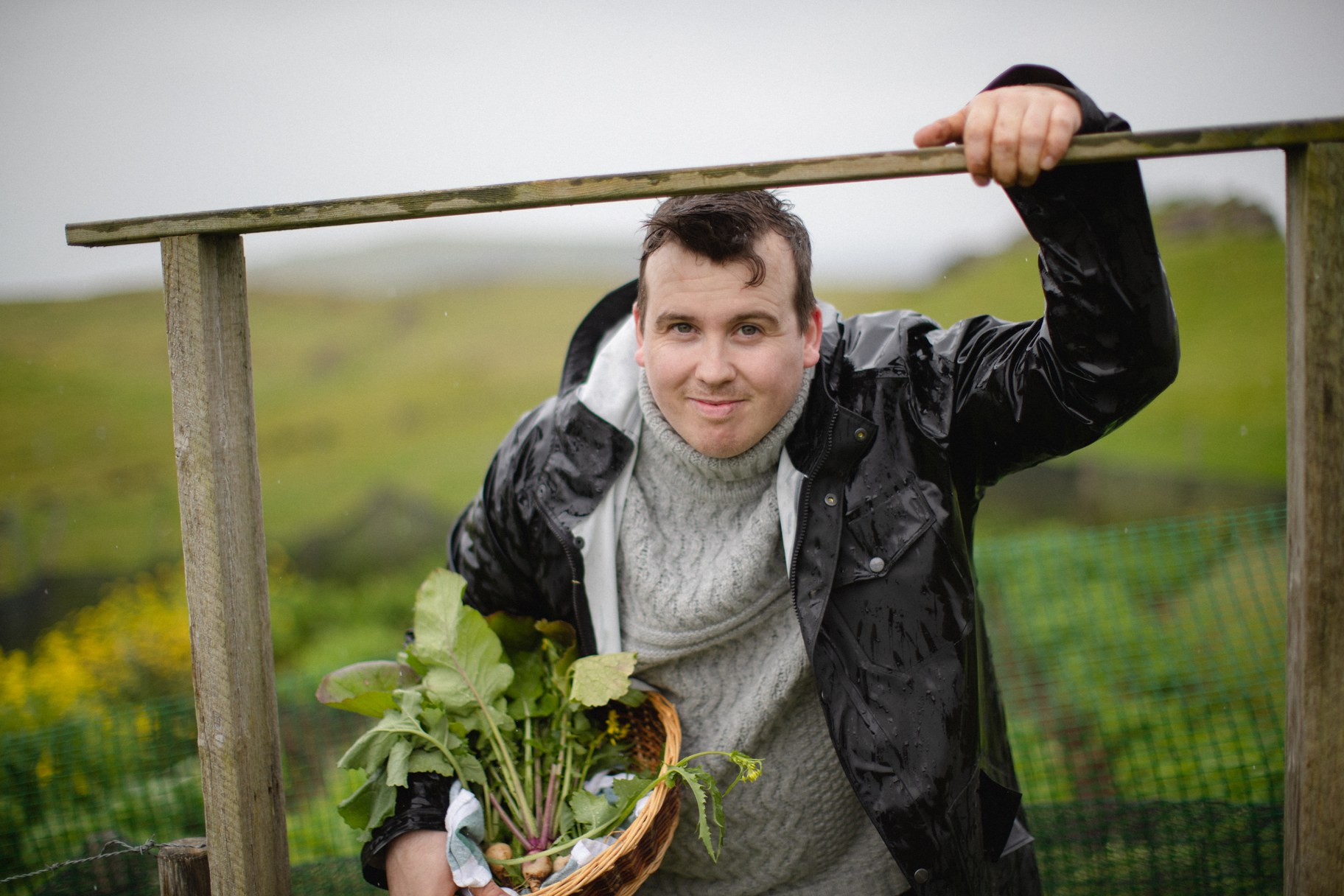 Chef Gísli Matt returned to his hometown to open Slippurinn with his family. The restaurant is celebrating its 10th anniversary this summer. Photo by ​​Gunnar Freyr Gunnarsson. 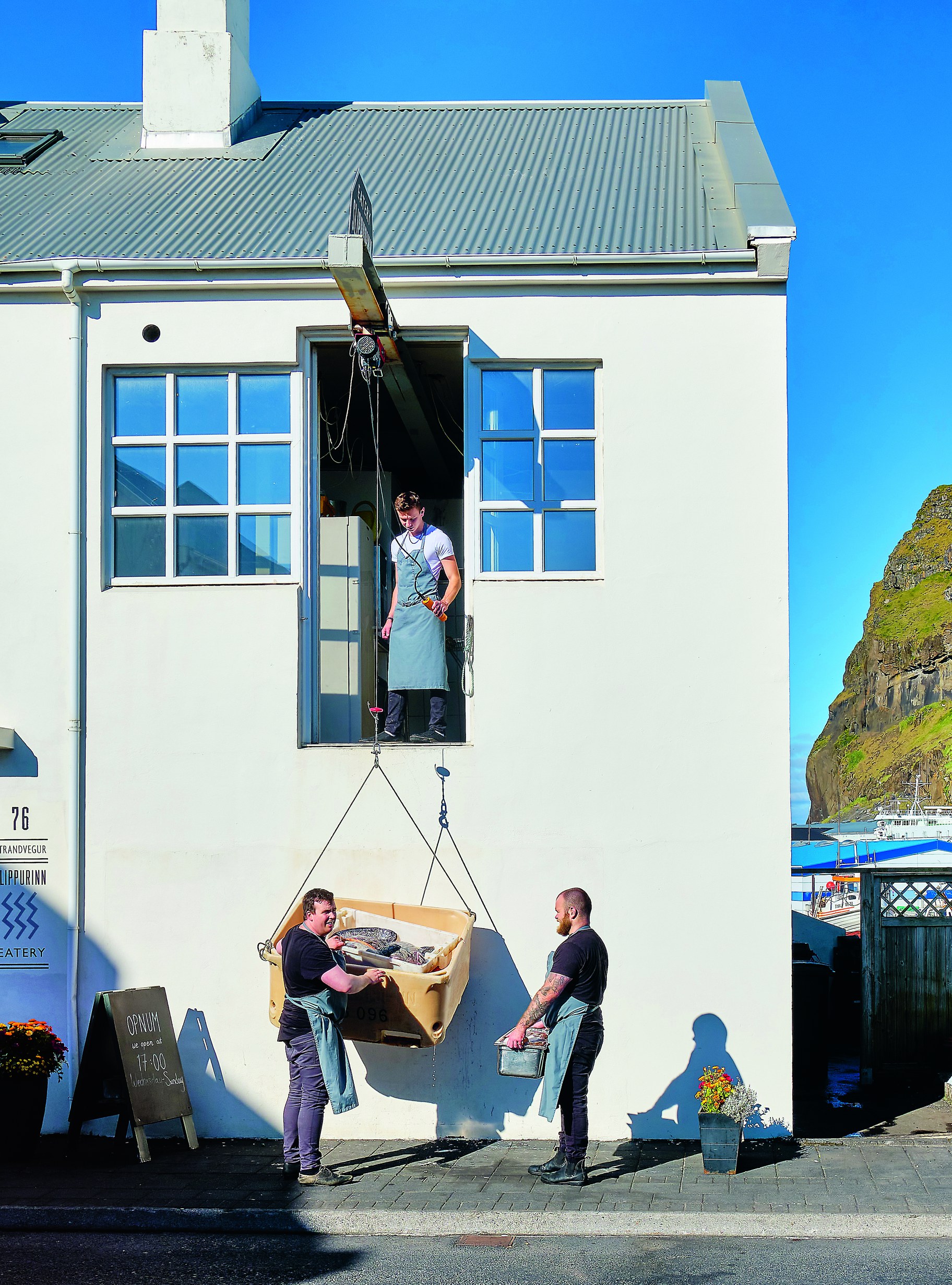 Slippurinn is set on the second floor of an old machine workshop down in the shipyard of Heimaey. Photo by Karl Petersson. 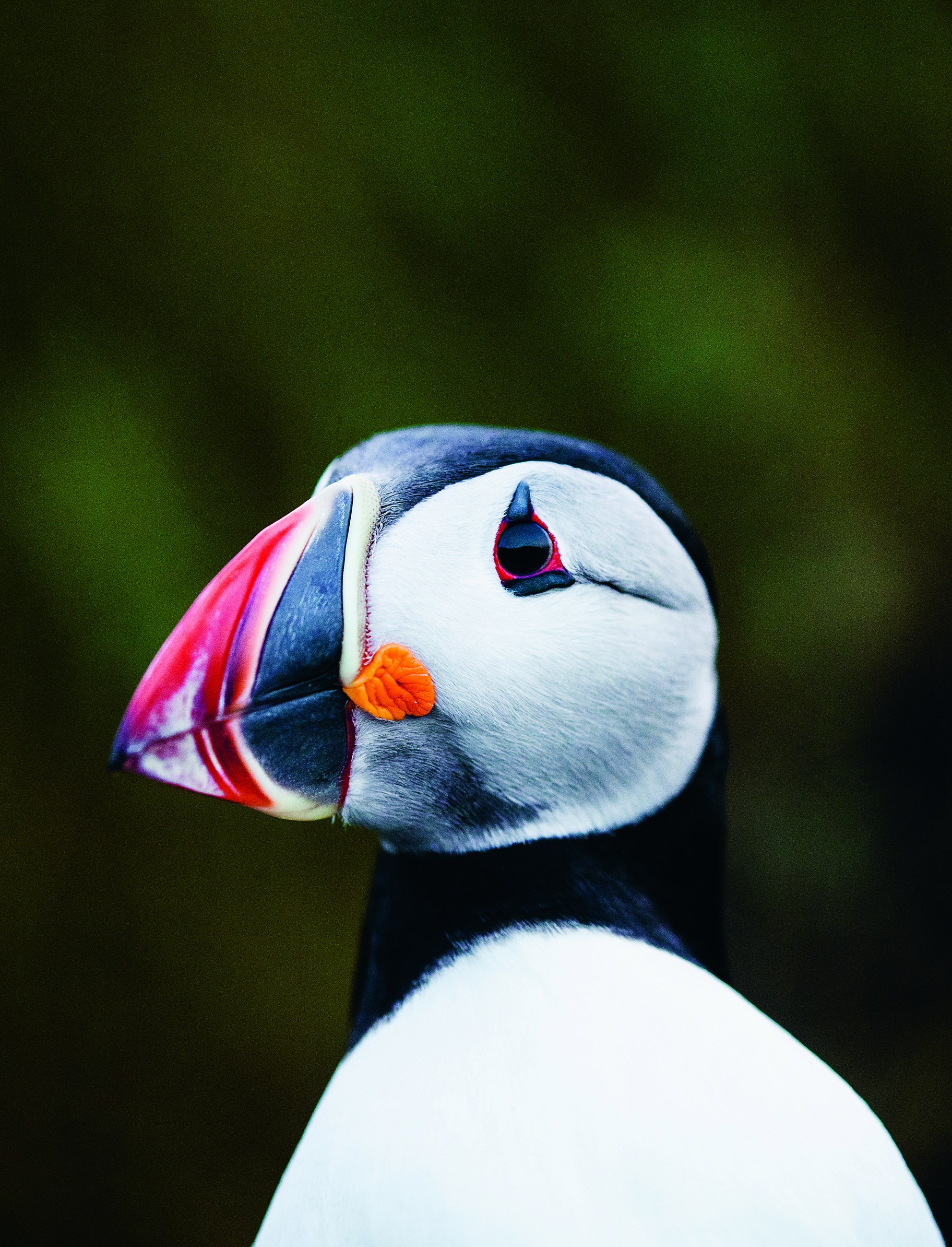 After fishing, puffin hunting is the second largest industry in Iceland. Chef Gísli Matt refuses to serve the endangered bird on his menu. Photo by Gunnar Freyr Gunnarsson. 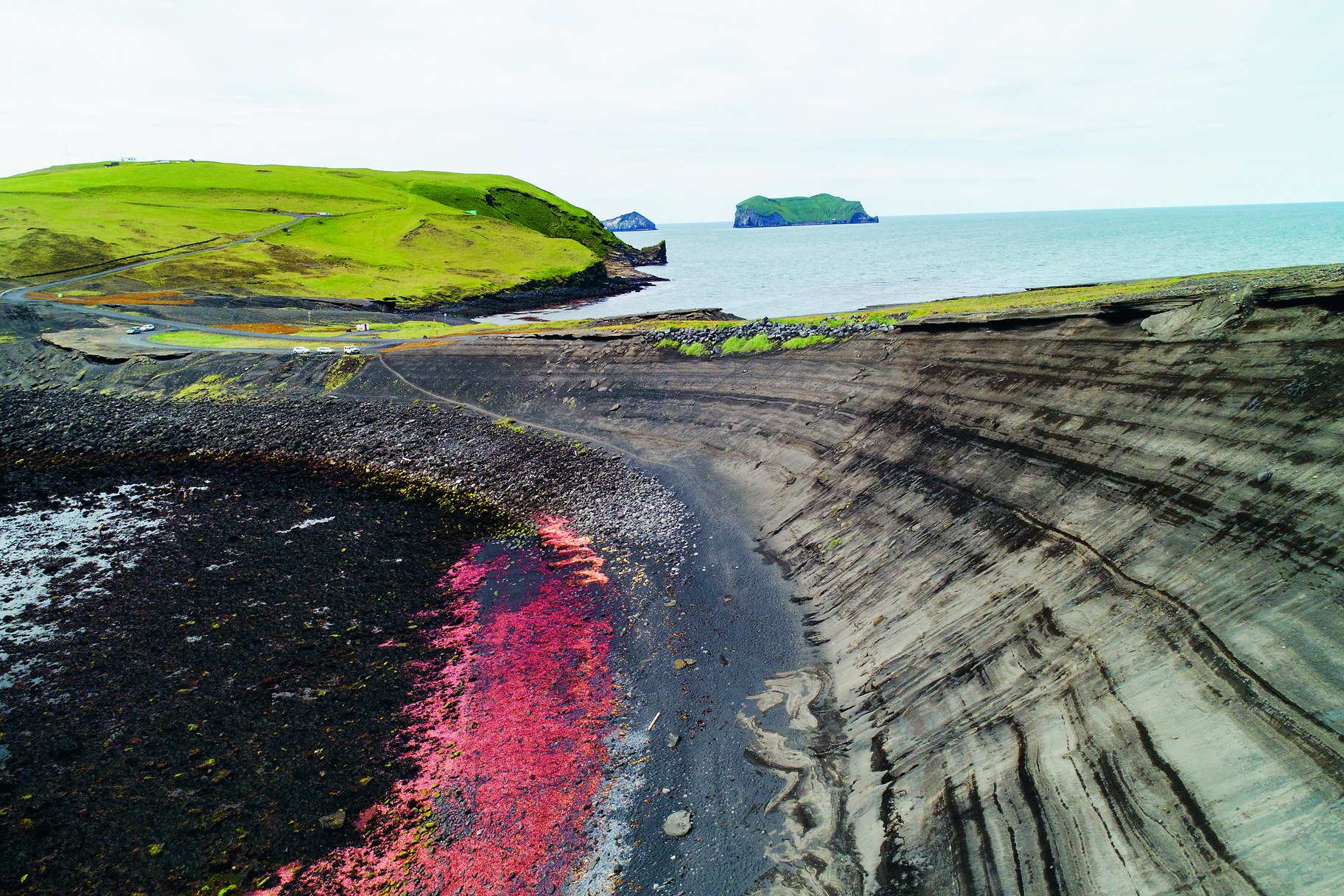 Slippurinn is located on the Vestmannaeyjar archipelago of Iceland, approximately a two-hour car drive from Reykjavík, and a 40-minute ferry ride. Photo by Gunnar Freyr Gunnarsson. 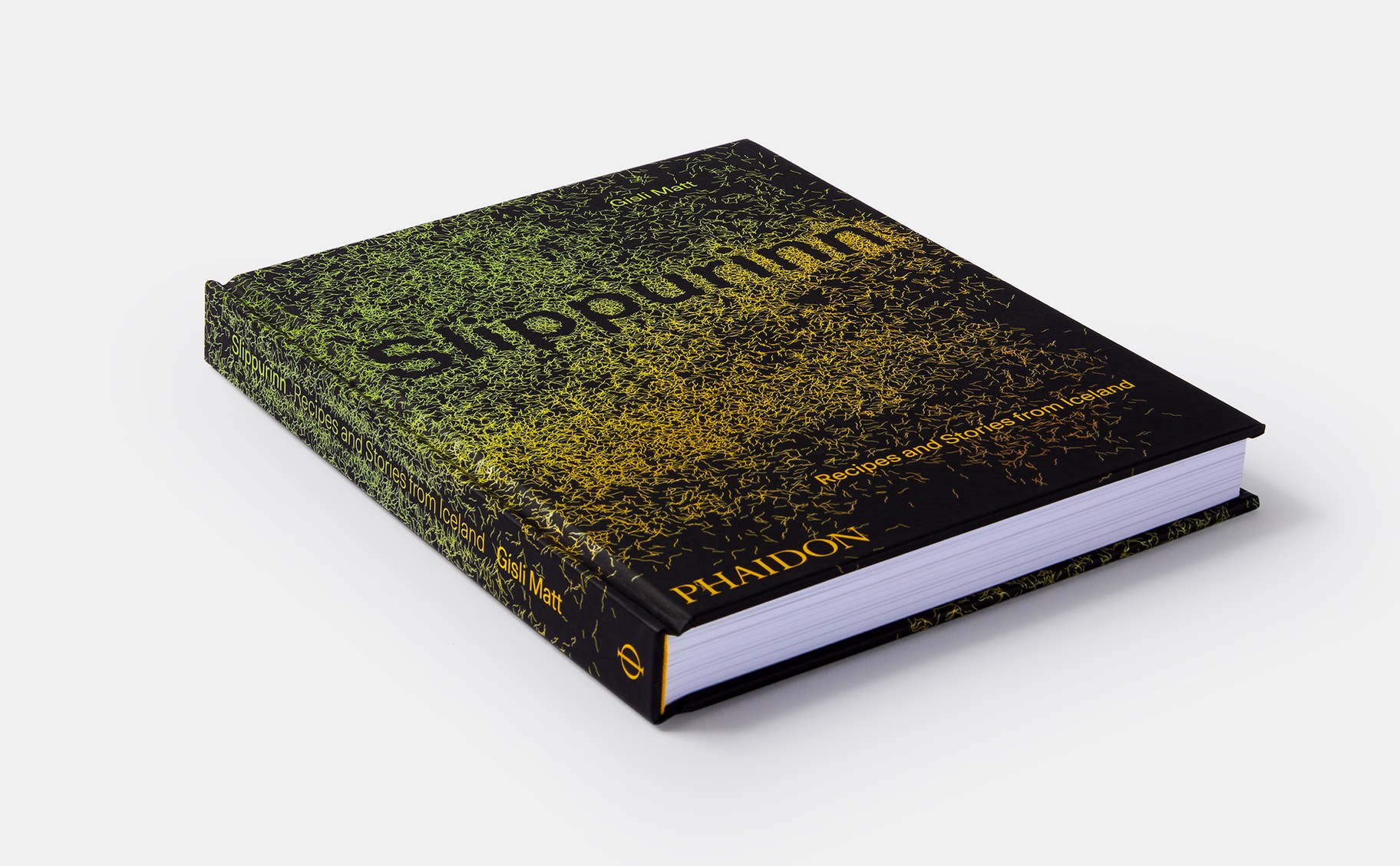 “Slippurinn: Recipes and Stories from Iceland” preserves Icelandic food traditions and ingredients, while pushing the boundaries of contemporary cuisine. Photo courtesy of Phaidon.