At 29 years old, Kwame Onwuachi already has a distinguished career that would be the envy of most of his chef peers. He recently won the 2019 James Beard award for Rising Star Chef of the Year, and the San Francisco Chronicle recently called him the most important chef in America.

Despite the appearance of success, his rapid rise in the culinary world hasn’t been without struggle. He’s out with a new memoir detailing the adversities he’s faced as a young chef of color, called “Notes from a Young Black Chef.” 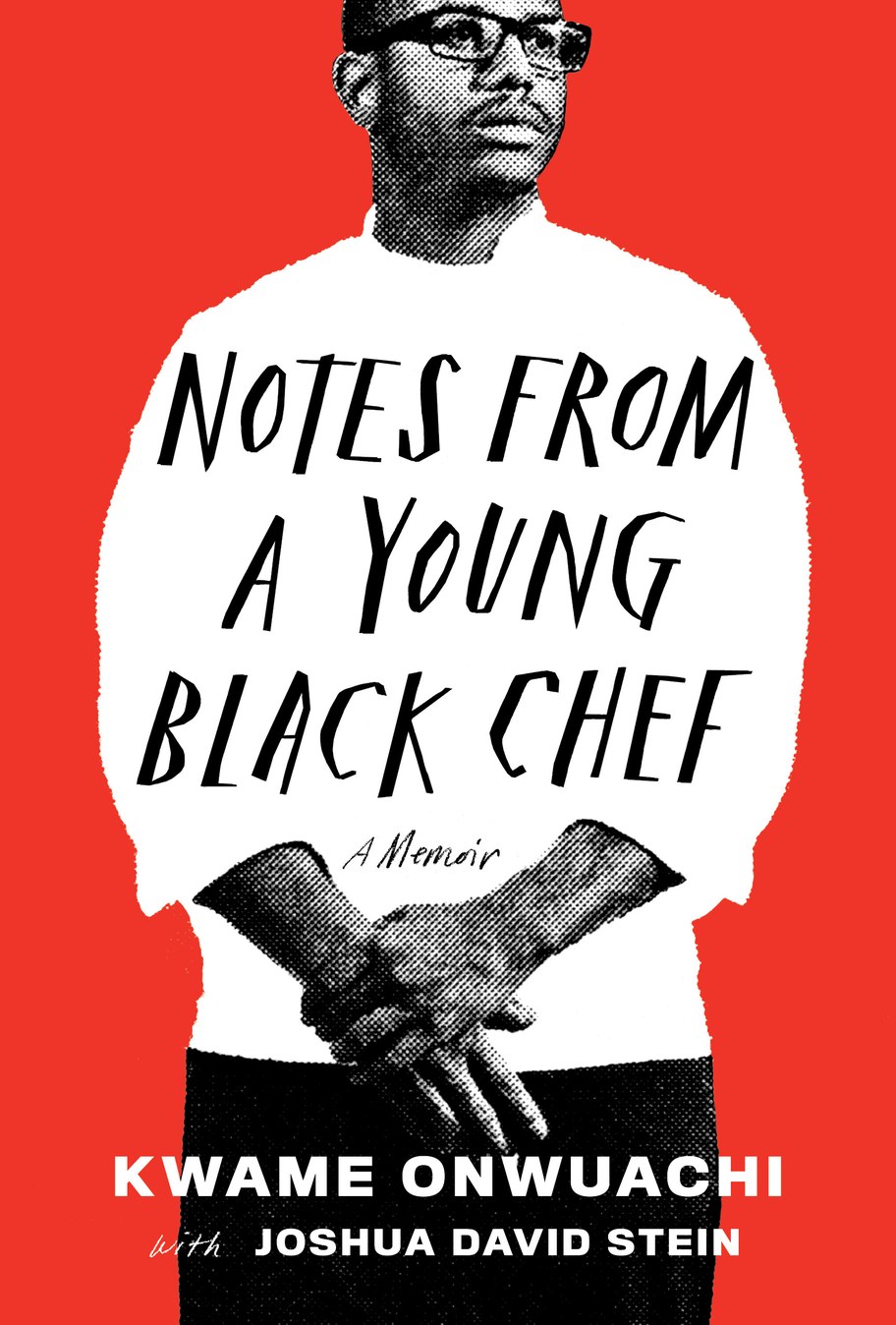 Onwuachi spent his childhood in the kitchen right next to his mom, who ran a catering company out of their Bronx apartment.

As a teenager he was prone to getting in trouble, so much that his mom sent him to Nigeria to live with his grandfather for the summer. That summer turned into a two-year stint living there.

The experience proved deeply formative. Onwuachi says he initially had little interest in Nigerian food because he wasn’t used to the smells and textures. Also new to him: having to raise livestock and cultivate vegetables. “I learned the ‘how’ behind cooking, and how hard it is to raise an animal,” he says. 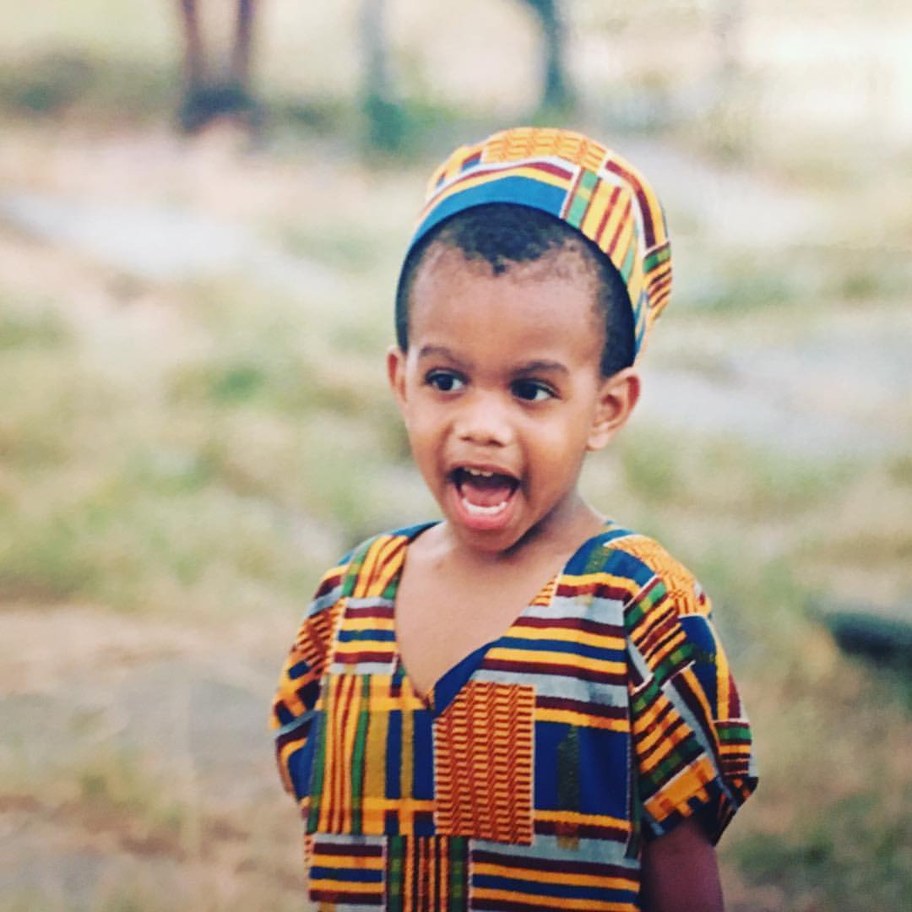 Onwuachi as a child in Nigeria. Photo courtesy of Onwuachi

Onwuachi eventually moved back to the States. Not long after, a serendipitous encounter in New York helped him realize that he had a future as a food professional. He was browsing a store in SoHo when he struck up a conversation with the shop owner. The owner mentioned to Onwuachi that she was looking for a event caterer to supply strawberry cheesecakes. Despite having little experience, he quickly volunteered his services. She was skeptical — Onwuachi was only about 20 years old at the time— but nevertheless said he could return at 10 am the next day to bake.

“I got home, I was freaking out because I never made a cheesecake before. So I called my sister up and she gave me a cheesecake recipe,” he recalls.

Onwuachi stayed up all night tweaking the recipe. Several attempts and hours later, he had a cheesecake he was proud of.

“At that moment, I realized that I need to be doing this for the rest of my life because I spent countless hours just focusing on this one thing, trying to perfect it,” he says. “I never sat down for that long a period of time without being on my phone, without going on the Internet, without calling someone, without listening to music.”

The event was successful, and Onwuachi became the store’s official caterer afterward.

Later on, Onwuachi embarked on a career in fine dining. In his early 20s, he spent time in a series of Michelin-starred kitchens, including Eleven Madison Park and Per Se in New York.

In 2016, he got an even more plum gig: the chance to compete in front of a national television audience on Top Chef. Despite being eliminated from the contest, Onwuachi says he remained true to who he was and earned the respect of chefs he looked up to. “It taught me a lot about who I am as a cook,” he says.

Another trial would soon come when he opened Shaw Bijou, his own restaurant in Washington D.C. The restaurant received an early negative review from Washington Post critic Tom Sietsema, and it shuttered after only three months in business.

Undeterred, Onwuachi went on to open a new restaurant inside a Washington D.C. hotel in 2017. Called Kith and Kin, the restaurant and its menu pay homage to his Afro-Caribbean roots. “You'll find things that reflect my upbringing . . . Nigerian, Jamaican, Trinidadian, and Creole,” he says.

Those influences can be seen in classics such as braised oxtail and jerk chicken. Other dishes reveal a more playful touch, including gooseberry piri piri, calamari veracruz, and charred brassicas with toasted coconut dressing and romesco sauce. Meanwhile, the accolades keep piling up, including a glowing review from surprise—Tom Sietsema himself. 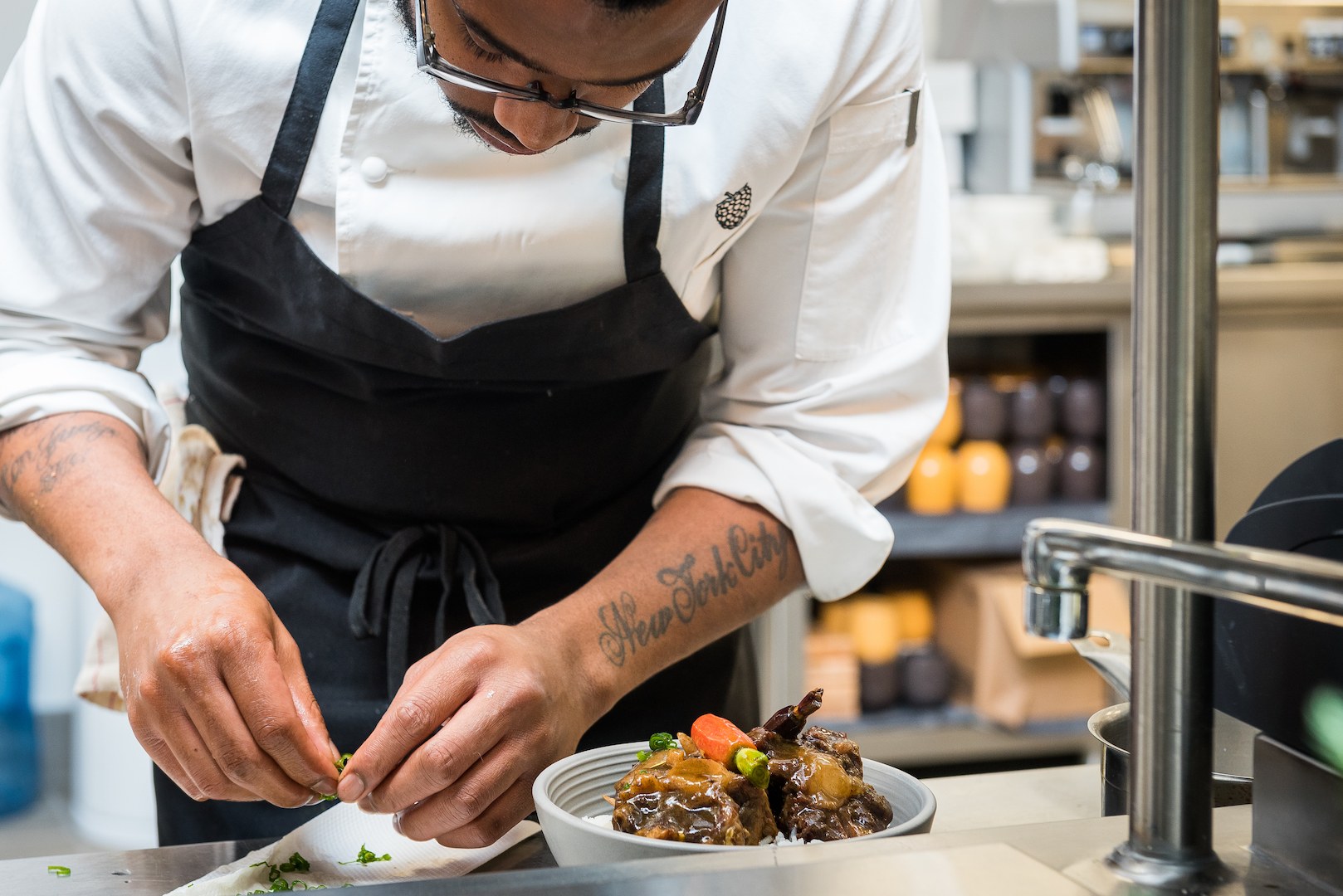 Onwuachi says it’s important for Kith and Kin to have a diverse kitchen staff, many of whom are African-American. “They're drawn to me for some reason. I think it's a little bit of familiarity, that they can be comfortable and just [be] seen as another cook or another chef,” he says. “That's one of the reasons why I wrote this book and thought it was so important — because we need more role models in this industry of color, and we need more safe zones as well.”