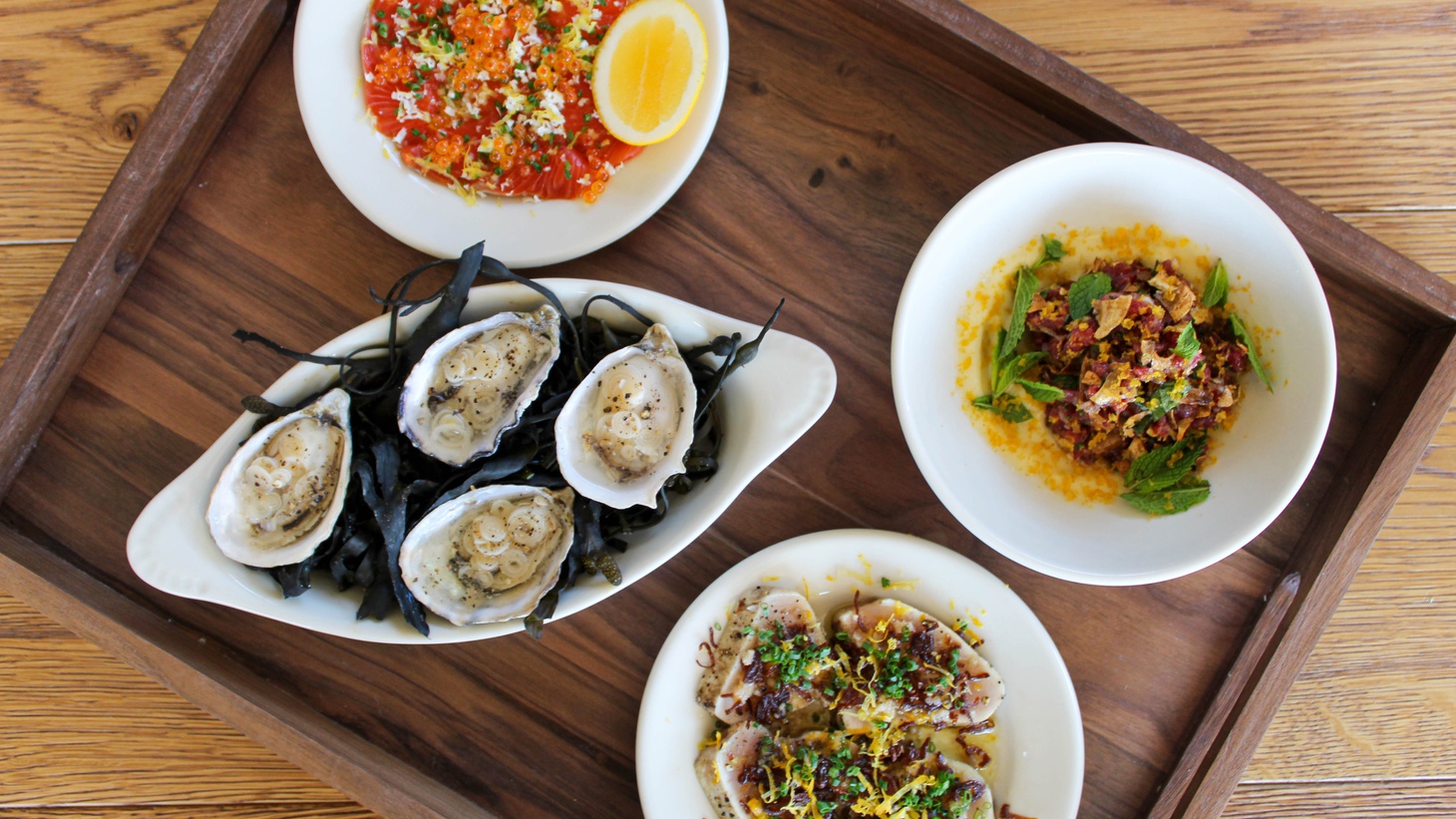 Market correspondent Gillian Ferguson finds chef Brian Dunsmoor and his sous chef Manuel Mendoza at the Santa Monica Farmer’s Market, where they are on the hunt for young ginger.

Dunsmoor explains the albacore is brought down from Oregon and ranges in size “from small to smaller.” The small is white and fatty, while the smaller has a red tint. The fish is doused with olive oil and hit with black pepper and quickly rolled by hand over a wood fire before being set in the freezer to stop the cooking process. Plated almost as a carpaccio, it’s seasoned with a smoked sea salt, young ginger, and honey relish and dressed with apple vinegar, fried shallots, chives, and lemon zest. “It’s our take on sushi flavors with American ingredients,” he says. His newest restaurant is Dunsmoor in Glassell Park.

Along with his brothers, Michael Her of Her Produce is bringing young ginger down to the farmers market from Fresno. He says the skin on young ginger hasn’t fully developed which makes it less fibrous but still has a lot of spice. Heat and shade are the key conditions for its successful growth.