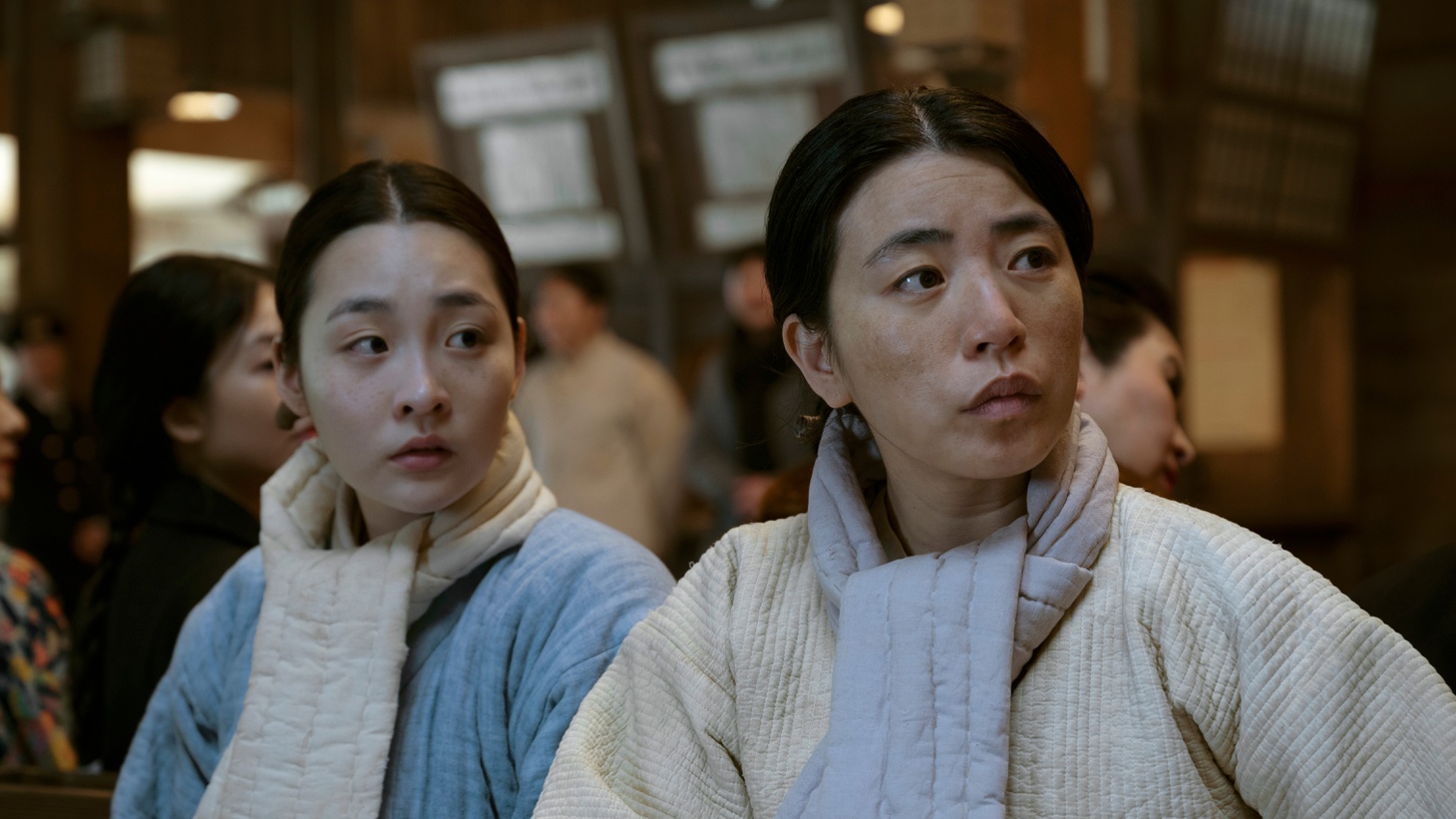 The Apple TV+ drama “Pachinko” follows a Korean family across eight decades, starting in rural 1930s Busan and ending in late-1980s Tokyo. In the third episode, an elderly Korean woman living in Japan named Sunja (played by Academy Award winner Youn Yuh-jung) waxes nostalgic about her homeland over a bowl of white rice. The emotion is completely lost on her grandson, but is worthy fodder for discussing the legacy and complicated history that are contained in a few simple grains.

KCRW: Can you explain the role of food in the series and its changing symbolism across generations?

Ellen Freund: In each era of the family, food plays a major part. It speaks to where they are financially, where they're living, what sort of relationships they have, whether they're taking care of others, taking care of themselves, whether it's showing love, or whether it's trying to convince someone of something.

This series is based on Min Jin Lee's 2017 epic historical fiction novel. Is food as significant in the book as it is in the TV show?

Mara Lepere-Schloop: The novel is so descriptive in experience and so much about process. Food is a huge component of that, and true to any immigrant story or a story of displacement. When you lose all tangible objects, when you're forced to move from place to place or country to country, the only signifiers of your homeland are often language, cultural traditions, and food. And I think that it's a really brilliant device that [showrunner Soo Hugh] employed to conjure back to different time periods, because the way Soo structured the series is that we're jumping through time, and it's not chronological like the novel is. So where food in the novel becomes part of the rigorous detail, in the television series, it becomes our entry into memory.

There’s a scene in the third episode where Sunja recognizes that a bowl of white rice was grown in Korea by its nutty sweetness and texture. Later, we see the process in which her younger self is served white rice traditionally prepared by her mother on her wedding day. What was your process for that, and did the actor have to learn how to manage the more traditional pots and fire?

Freund: We started in Korea by gathering our actors together and taking them to a few different teachers who could help us with all of the different processes. One of our first stops was to a house that was outside of Seoul, where the two young Sunjas and the mother were taught to make fire. They had an outdoor fireplace, and it was the home and workshop of a woman who had repeatedly won the kimchi-making contests for years in Korea. Then we learned to wash the rice and cook the rice. The washing of the rice with the little rattan baskets was a very specific move. The actors learned to use the basket to wash the rice and the correct flip of the wrist. 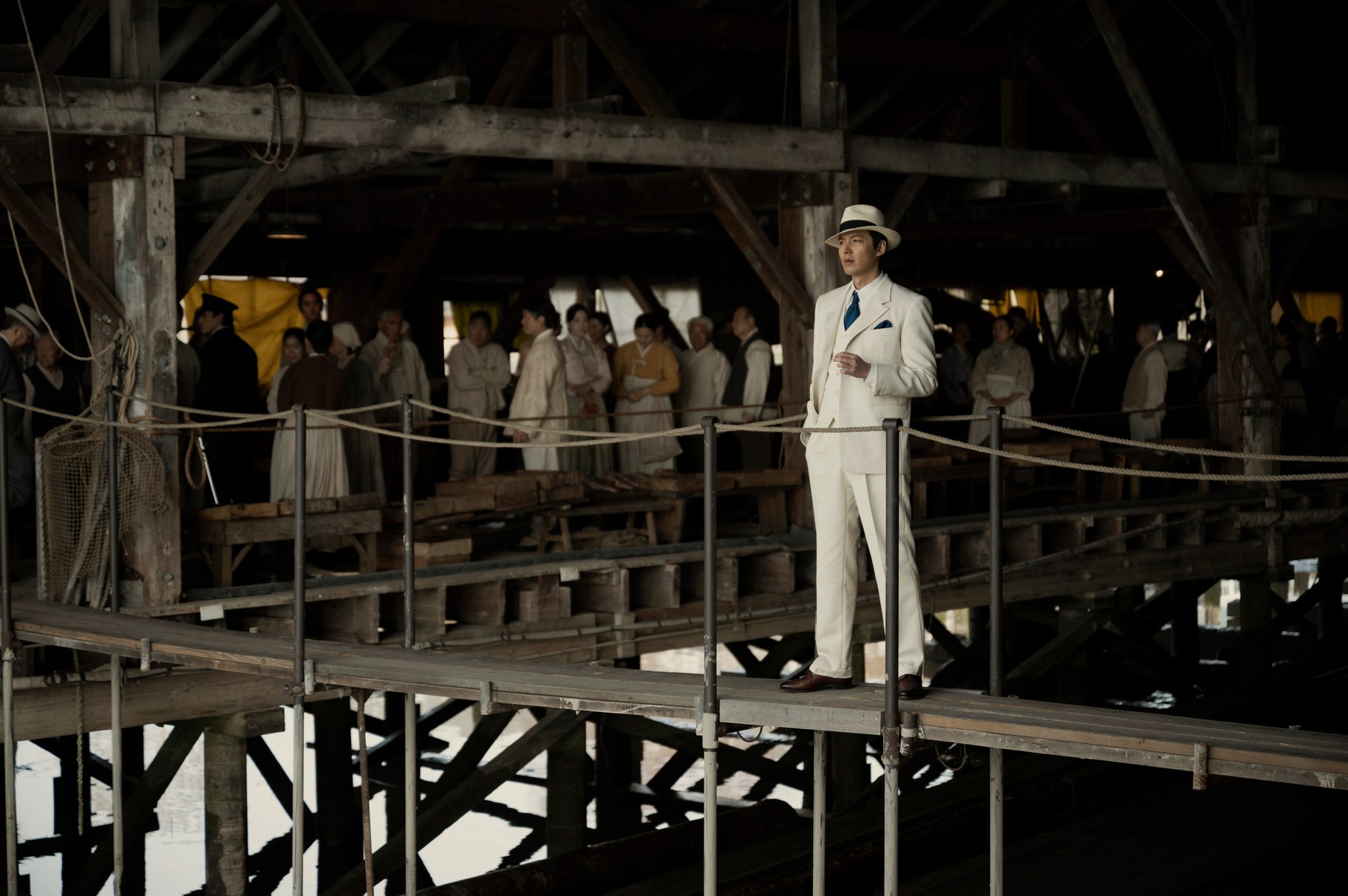 Production designer Mara LePere-Schloop and her team recreated the Busan fish market on set in Vancouver. Photo courtesy of Apple.

How did you go about finding the cookware for the different eras?

Freund: It was pretty difficult. The set decorator Hamish Purdy and I went to Korea in advance and we shopped at antique markets and in modern pottery places. It was difficult to find the quantity of things we needed. And there were also budgetary constraints and repeats. So for instance, the cook pot where we cook the rice when we're in the village had to be a modern pot, because I needed four of them so I could cut the bottom out [to] add a window for the camera. And so I could shoot a repeat of the beautiful crust of the rice. I had to source a pot that looked appropriate for 1930 or 1922 and then get a number of them. It was the same with dishware. It was okay if it was cracked, because it would have been cracked.

I ended up not being able to use anything modern because it just felt wrong. It always felt too shiny, or too matte, or the shape was wrong. And so I ended up using mostly older dishes to give that feeling of being appropriate. The rice bowl was another one that was a difficult decision, because the one that worked best was the brass rice bowl. But there were many discussions about whether they would have been able to afford the brass or whether, if they had brass, they would have sold it. The same way that we would discuss things like, “Yes, they had chickens, so they would have eggs. But wouldn't they sell the eggs, rather than eat the eggs, because they needed the money?”

Were the scenes of the Busan fish market filmed at a real fish market? How much of the seafood was real?

Lepere-Schloop: This was a real journey. We made “Pachinko'' during the pandemic and we stumbled into production in a very haphazard way, and without a full production plan when we first arrived in South Korea. We knew that if we started filming in October, that, [for] a number of reasons, we needed to be out by Christmas and we wouldn't be able to return because of visas and quarantines and all sorts of things. So we basically had this ticking clock of the number of days we could shoot in South Korea.

Number one on that list was the Busan fish market from the 1920s timeline, because we knew how hard it would be in Vancouver to source the product. So we searched and we looked everywhere in South Korea for this fish market location or a place we could build it. Long story short, we couldn't find it. So eventually we just had to concede it wasn't going to happen in South Korea. We did shoot the actual Jagalchi Fish Market in Busan for the 1989 storyline. That was amazing. Thus began a half-year mission to source product for the market that we had to completely dress from scratch in Vancouver. We not only had to do it from scratch, but we also had to maintain it for two-and-a-half weeks of filming in a historic museum that wouldn't allow us to spill a single drop of water.

Freund: The sourcing of the fish and trying to find the seafood and eels became very complicated because we had to try to make them look appropriate for the era. I had to be able to source the correct eel and keep them alive, and then substitute the dead eels, for which I made an animatronic eel that could wiggle on command. 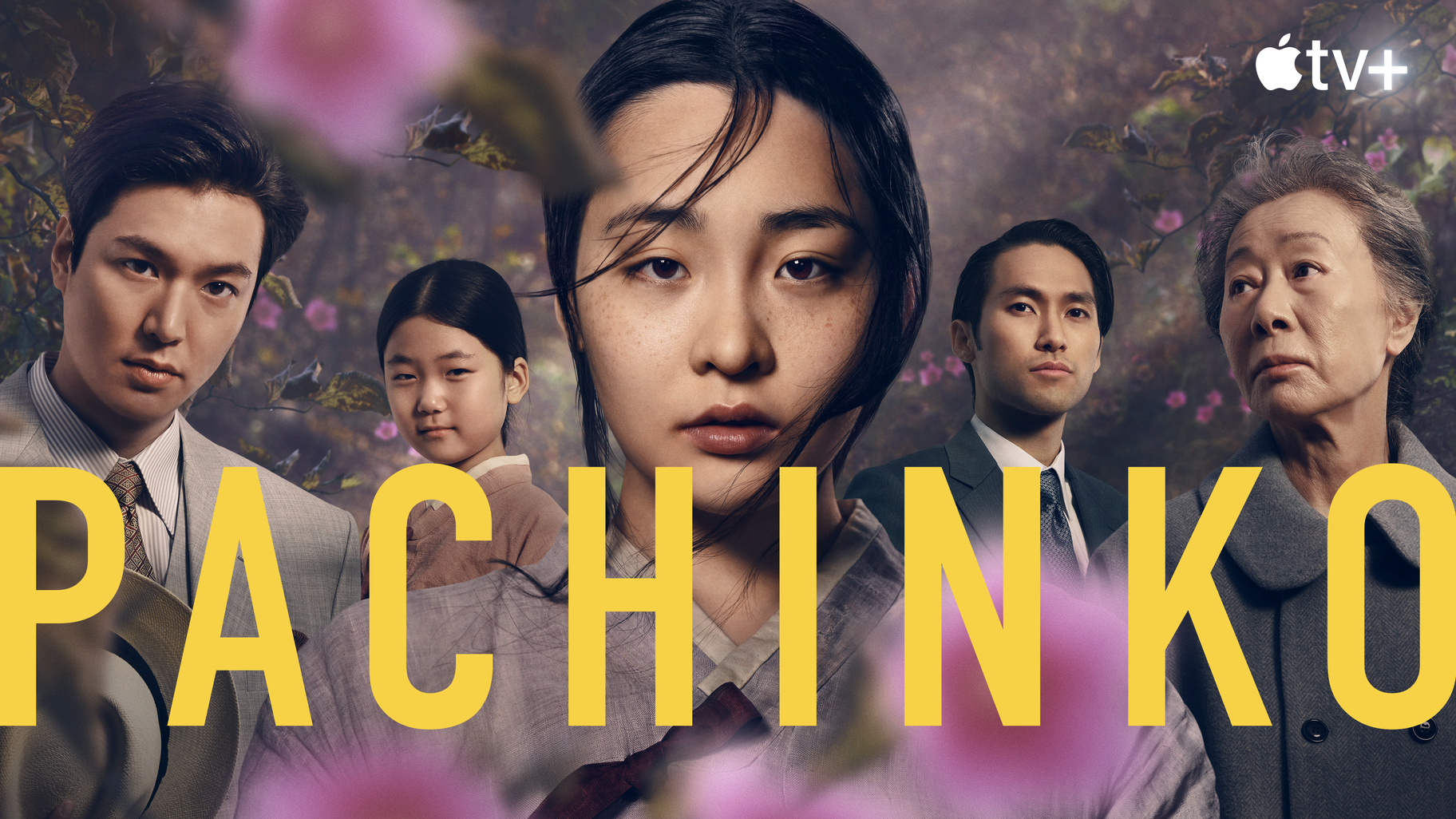 I found some irony in that there was never any food in the pachinko parlor.

Lepere-Schloop: That was actually something that I was very disappointed to find in my research, that there wasn't a little cafeteria in pachinko parlors. Because when we first started designing the set, we really wanted to bring that in in some way, to get more contemporary Japanese food and drinking. And what we found was that people would often bring their own food, and there's actually refrigerated lockers in a lot of parlors, but there wouldn't be places for them to eat. They just eat at the machines.

But the prize area of parlors, particularly in the ‘80s, were more like what we would imagine a grocery store to look like. There was a refrigerated section where you could win a durian or get a carton of cigarettes. And what we found in some of the research is that with prizes, especially if they were stuffed animals or things like that, that there were often stalls or windows around the corner from a lot of parlors where there'd be these under-the-table rackets where you’d bring the stuffed bunny that you won, and you'd trade it in for cash. And we didn't get to really feed into that in this season. I'm not sure if that's going to be something that's touched upon later, but I'd love that detail.