Life on the Hanjin Miami 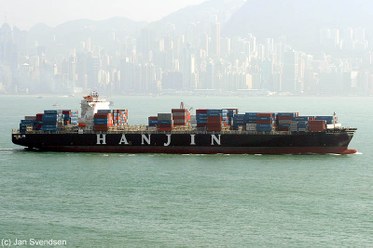 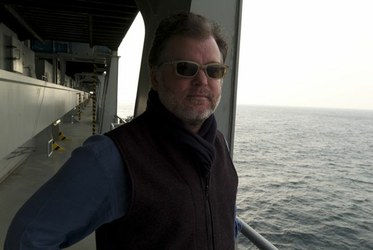 Rob Long is a writer and producer living in Hollywood. He recently spent three weeks on the Hanjin Miami, a container ship sailing from Seattle to Asia.  Rob was surprised by the lack of fresh fish aboard the ship.  Instead, he and the German officers ate roast pork prepared by the mostly Filipino crew.

Andrew Steiner owns Andrew's Cheese Shop in Santa Monica. According to Andrew, hard cheeses contain a minimal amount of lactose and should be okay for people with lactose...

Synaesthesia is a genetic condition in which one sense triggers another. In the most common version of the phenomenon, words or numbers trigger colors, Dr. Julia Simner...

You drop a tasty cookie on the floor. Shouting "five seconds!" you frantically pick it up, blow on it, and pop it in your mouth –- with the notion that if something touches...

While grilling is a fairly simple process, there is an art behind it and a seemingly endless variety of cooking methods and special recipes. That's where Steven Raichlen...

Life on the Hanjin Miami

Rob Long is a writer and producer living in Hollywood. He recently spent three weeks on the Hanjin Miami, a container ship sailing from Seattle to Asia. Rob was surprised...

Blenheim apricots have arrived at the farmers markets.  Mike Cironi of Sea Canyon is one of farmers that brings them to the Santa Monica Farmers Market.