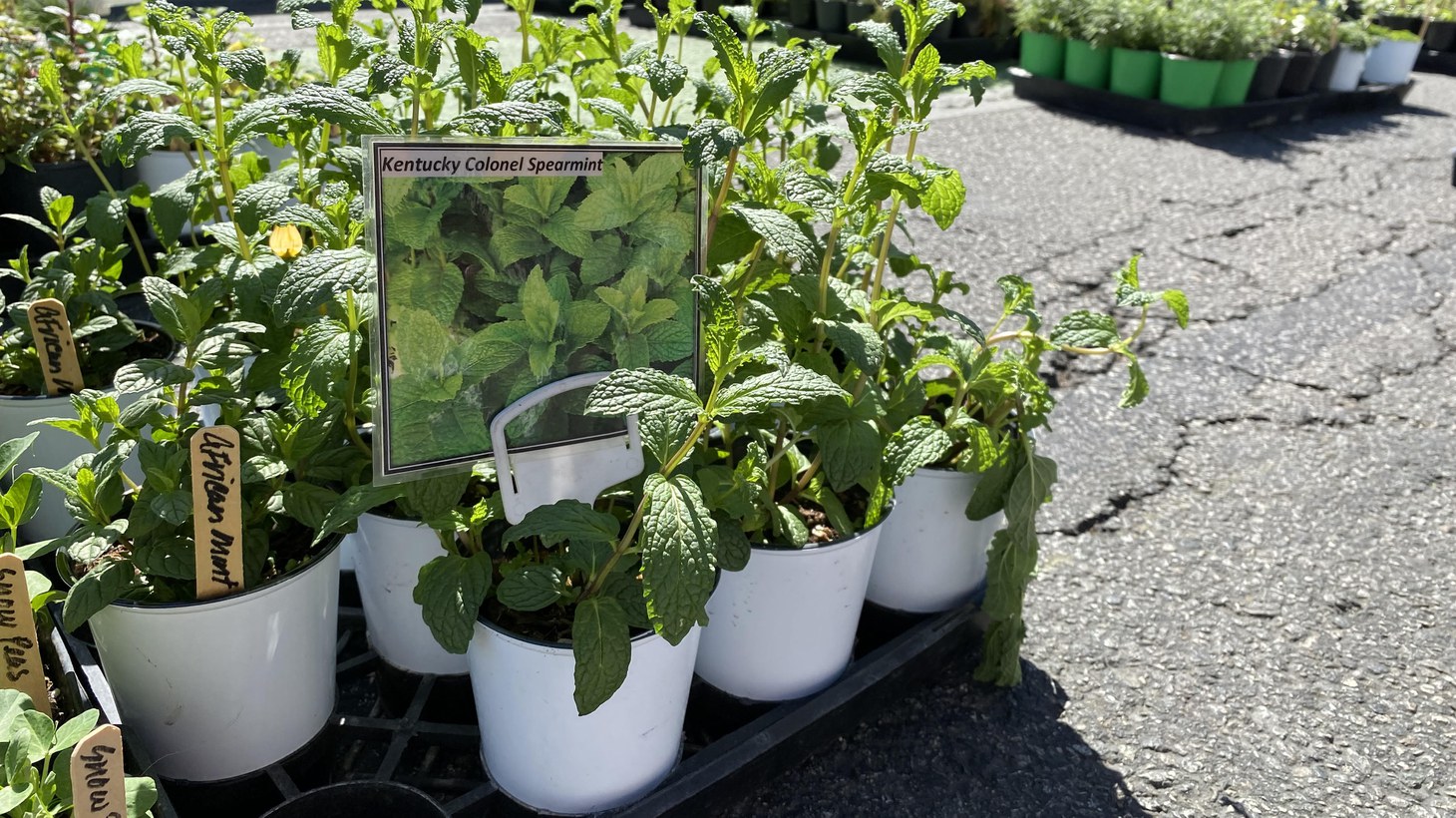 Even though it has looked like spring for weeks in Southern California, the equinox is March 20 and many Angelenos will be celebrating Nowruz. Correspondent Gillian Ferguson catches up with Chef Deb Michail, who is preparing for Persian New Year by shopping for mint. Michail describes the celebratory table for the holiday which traditionally includes foods that start with the letter S in the Farsi alphabet — seer (garlic), somāq (sumac), samanu (germinated wheat or barley), serkeh (vinegar), seeb (apple), sonbol (hyacinth) representing growth, and sekkeh (coins) representing wealth. This year, she is preparing a light frittata using smoked white fish and combining it with a traditional sabzi or herb platter of dill, parsley, cilantro, and chives, and equal parts caramelized onions and eggs. Pro tip: Visit the 99 Cent store for an inexpensive salad spinner to clean herbs.

From his nursery in Silver Lake, Logan Williams brings a variety of edible plants to the farmer’s market each week. For spring, he is excited about sweet marjoram, dill, tarragon, chervil, and Persian and Moroccan mints. He says an at-home herb garden is possible to grow with three to four hours of daily sun. Too much water is a common mistake for novice gardeners. Feels moist? Leave it alone, he suggests.