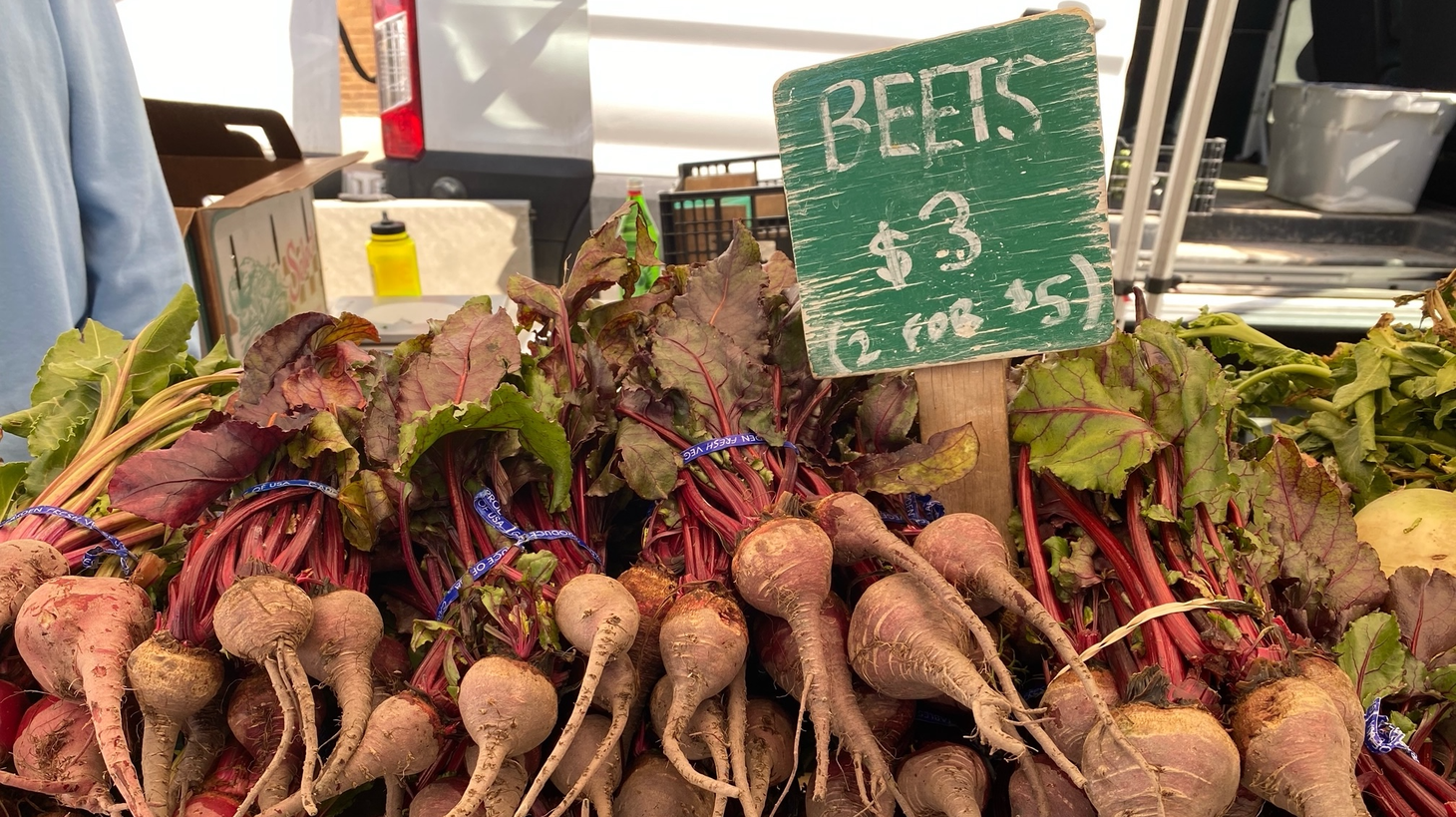 Correspondent Gillian Ferguson admits to some mild, harmless stalking at the farmer’s market, stopping shoppers with heaping carts of produce. That’s how she met Jesus Ramirez-Arteaga of downtown’s natural wine bar, Good Clean Fun. He has the unique challenge of cooking in a non-traditional kitchen, something Ramirez-Arteaga equates to “Harry Potter living in that little cupboard.” With his pastry chef, an induction burner, and an oven, he is creating composed dishes resplendent of the season. He is steaming pink beets for a salad with blood orange and a cilantro salsa that has a “psychedelic feel” and ushers in spring. For texture, the salad is topped with a pepita brittle that reminds him of dragon scales.

At Jimenez Family Farms, Joe Jock is the sales manager and is bringing Detroit red, golden, and chioggia beets, known as candy cane beets, which keep their color when cooked. They are harvesting smaller beets the size of a golf ball, which are preferred by chefs. Jock explains that beets prefer growing in colder weather. Also on the table are Easter egg, watermelon, and French breakfast radishes, and expect carrots in the upcoming weeks. 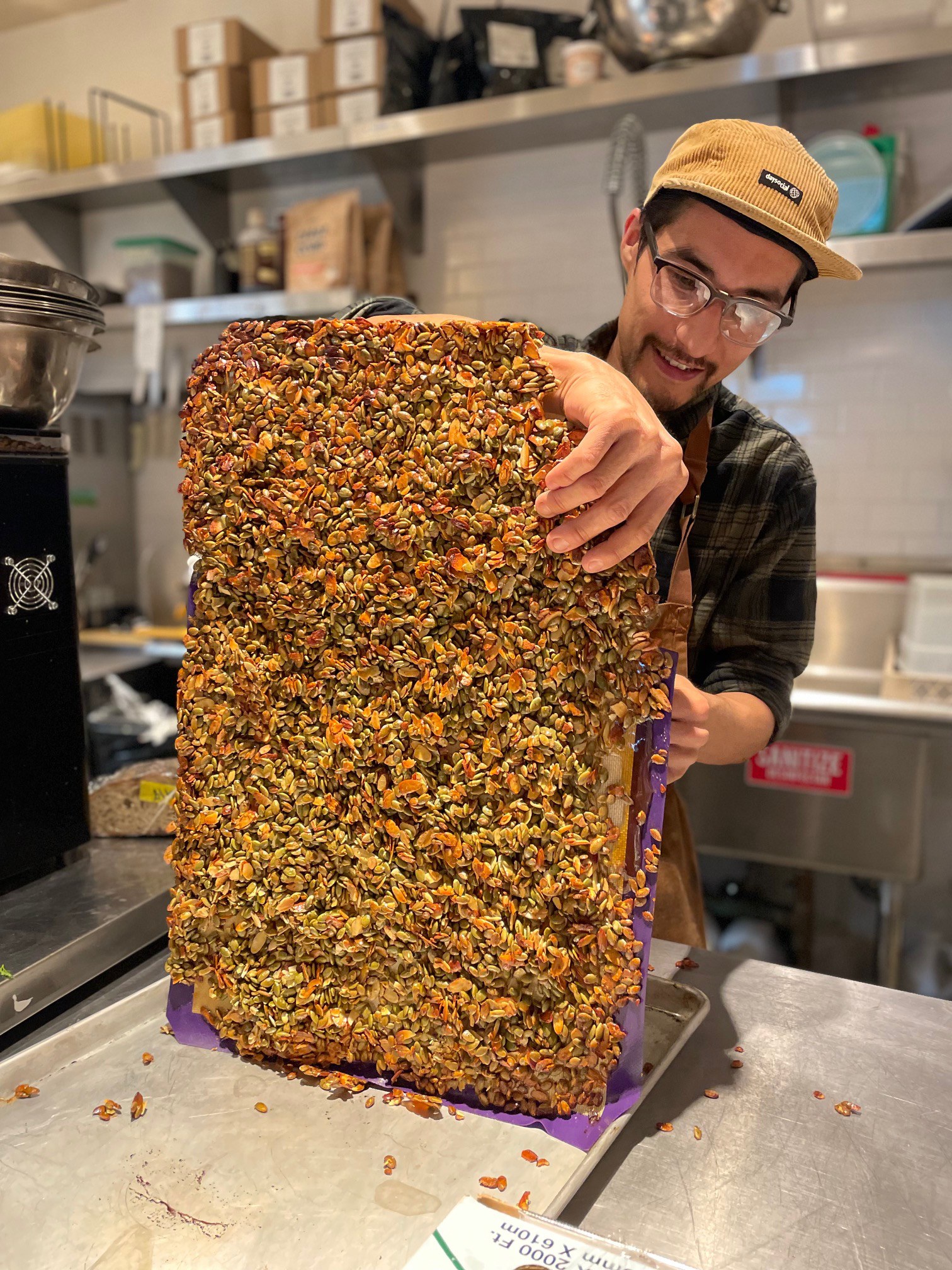