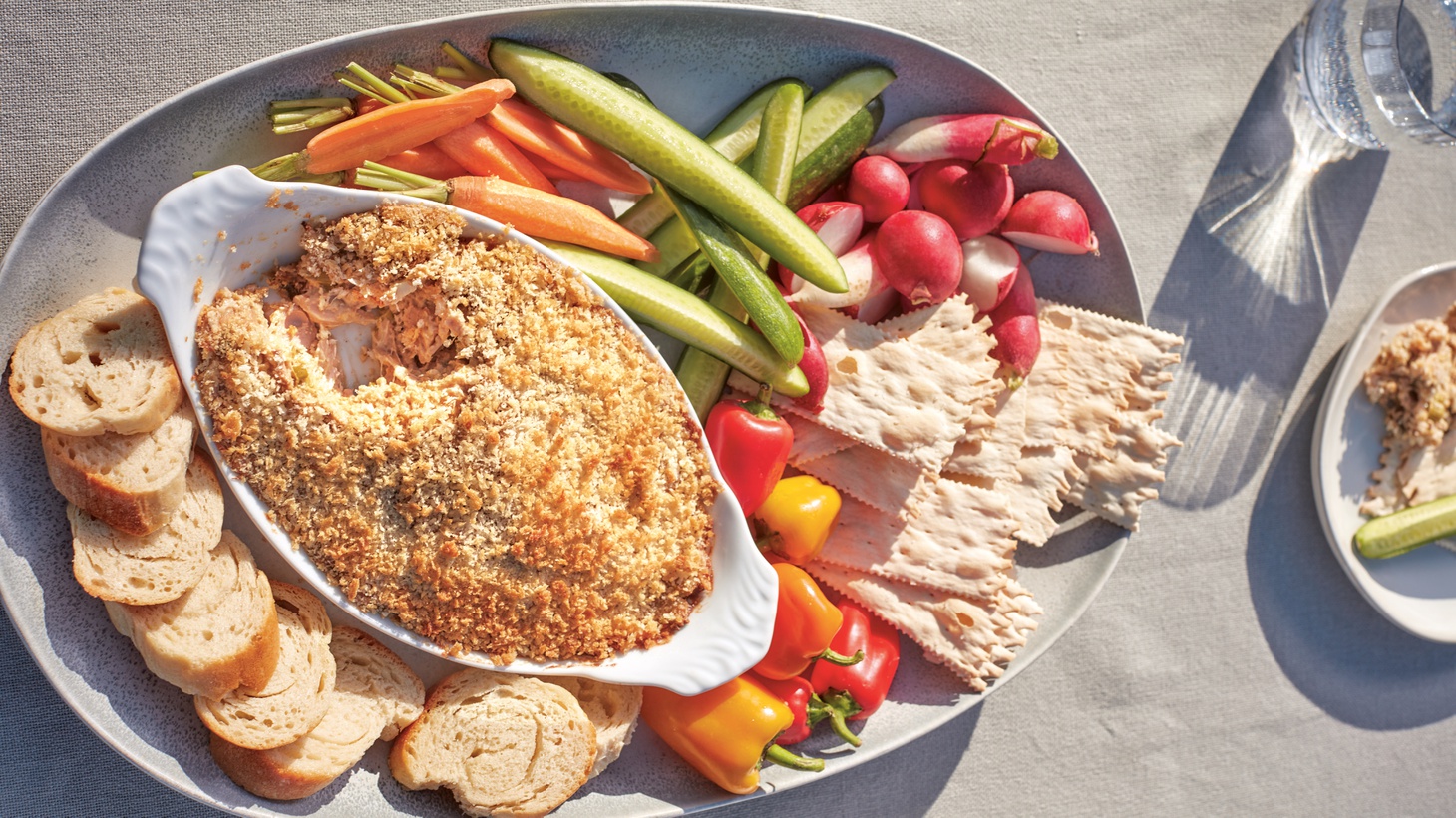 What does it take for 19 NFL football players to adopt a plant based diet? Try comparing their body to a Lamborghini, and meat to regular gas. That's exactly what chef Charity Morgan did when she started cooking 100% plant-based meals for the Tennessee Titans. Morgan’s new book, “Unbelievably Vegan: 100+ Life-Changing, Plant-Based Recipes: A Cookbook,” features some favorite game day snacks that will keep you fueled as you watch our Los Angeles Rams take on the Cincinnati Bengals this weekend.

KCRW: Growing up with Creole and Puerto Rican parents, you must have seen a lot of meat on the dinner table. Did the spices you grew up eating carry over into the repertoire of your plant-based diet?

Charity Morgan: Honestly, that has been my secret weapon of teaching people plant-based [cuisine] and how to achieve amazing flavors and not feel like you're sacrificing anything. It's tapping into your roots, tapping into your flavors and those spices in order to bring those things through.

The familiarity of the food we grow up with is such a touchstone of identity. And the idea of going completely off road must come with a lot of loss.

Yes, in 2015 I tried to go plant-based and I failed miserably. And I found that connection of why I failed. One, I didn't know my reason why. Two, it was all these memories and things that I had as a child that I felt like I was losing out on. All that culture in my Puerto Rican background and my Creole and Cajun roots was just gone and I was like, hold on, that's not life to me. I had to actually identify it to real people, real memories. That's what food does for people, it brings back memory. Think about your grandmother, think about your mother. Those are beautiful memories that I'm not trying to take away from my plate or even someone else's.

What was the issue or idea that pushed you to go vegan initially?

It was actually my husband at the time, Tennessee linebacker Derrick Morgan, who started for the team for nine years. Every year, it was something new that he was going to do to improve performance. And at that time, in 2017, he decided it was going to be nutrition. And so he hired a nutritionist, and the nutritionist came back with all this, “Hey, these are things that you can do to lower inflammation in the body.” Inflammation leads to injury and to disease. So these are the things that we want to cut down on. So what's the quickest and fastest way of doing that? By what's on your plate. 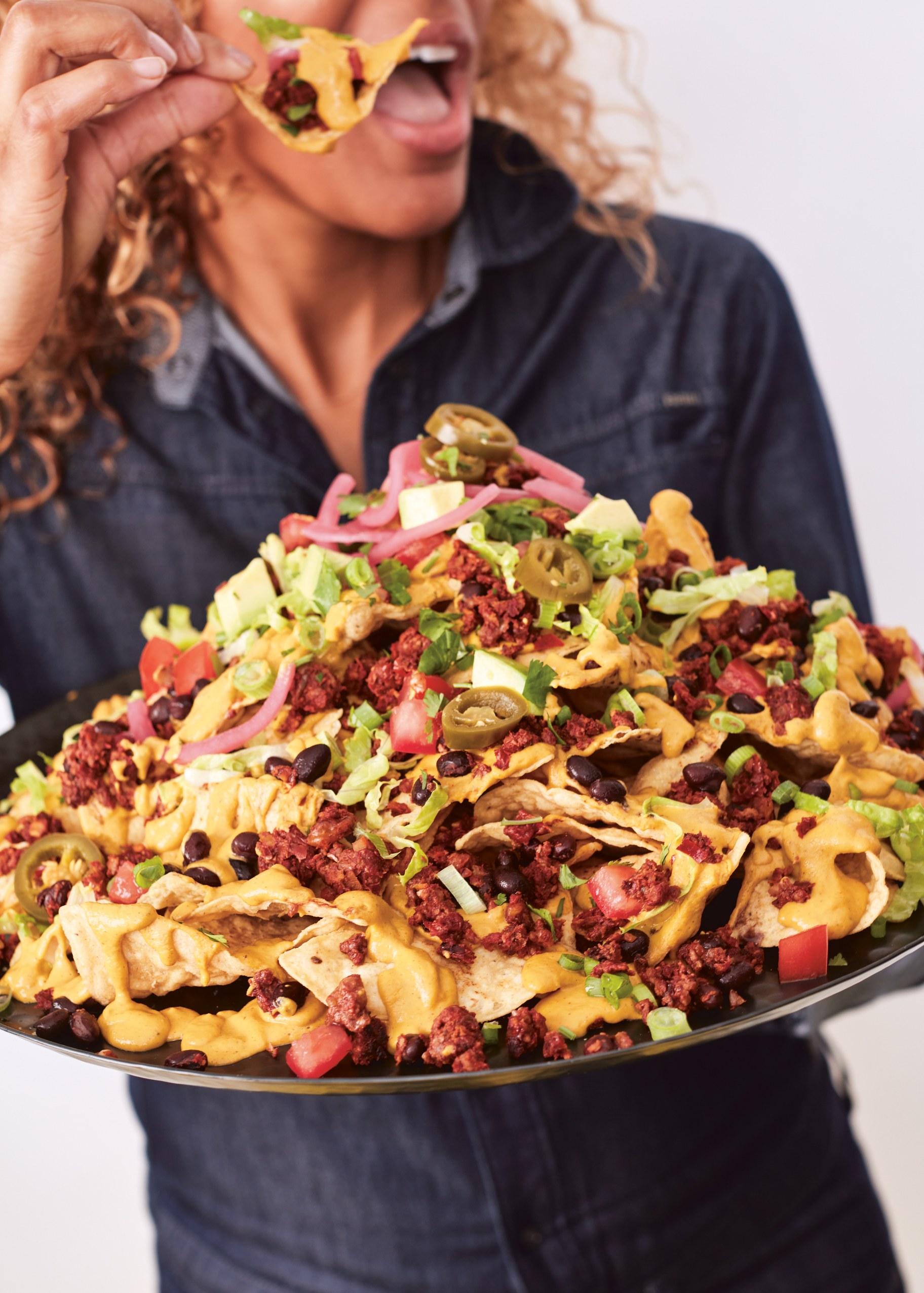 We've used “vegan” and “plant-based” interchangeably. You coined the term “pleganism.” How do you define that?

When I first went vegan, I got a lot of “How can you say you're vegan when you don't do this or that? How can you say that your clients and your NFL players are vegan when they play with a football?” All these parameters and rules just frustrated me. It pissed me off, and I said, “Take your rules and go somewhere else. I'm going to create my own game, because that isn't inspiring. That doesn't make me want to be vegan.” And I didn't want to take it out on the message in the movement.

But for me and my clients and people that want to try this, they want to try it without feeling judged. I'm an adult, I don't want to feel like I'm not vegan enough for your standards. And so I coined the phrase “plegan” because I wanted something that's more inclusive, that lets people know, “lLook, if you're eating plant-based for three weeks, but you slipped up and you accidentally ate a chicken wing, I'm not gonna be like … “No, you can't be a part of our club.” … I'm like, “We're on the same team, guys.” I'm teaching these guys how to repeat the things that they love with new ingredients… I can only imagine how overwhelming this can feel when you aren't a chef and you don't know what to do with food.

What are you going to be eating for the big game?

I usually do the things that feed a crowd and the crowd loves. I've already got requests to make my vegan nachos, which is a huge platter with my walnut chorizo. That's in my book as well. And then I put my plant-based cheese on it. My husband Derek loves my lemon pepper wings, and I make those out of cauliflower. And he usually loves a big salad and some chili. So that's where we're going with it.

Take us through your lemon pepper recipe.

The hero of that recipe is this super wet, zesty lemon sauce that I put on it. However, I use a lemon pepper seasoning inside of the dredge. And the great thing about it is it's taking a traditional buffalo cauliflower wing, but instead of us tossing in a butter hot sauce, we're gonna pour this lemon zest, lemon juice, lots of bits of garlic in it and some spices that pull together this super zesty wing sauce. It's just this moment that you have when you're eating them. It's a mood. It's a vibe.

What are some small steps that the vegan-curious can take to learn from your experience?

Plant-based and vegan right now is very trendy. So that can't be the reason why you want to go plant-based. You need to know your “why.” Because your why is going to be the thing that continues to power you. For me, it was for health. I wanted to feel the best version of Charity. … Number two is, until you become a pro at this, you're gonna have to plan. Sit down, take a day out of the week and say, “Alright, what does my breakfast, lunch, and dinner look like?” Like literally journal what you're eating in a week. And that gives you a snapshot of what  things you can eat throughout the week.

If you notice, “Oh, I eat a lot of avocados,” guess what? That's already vegan. ... Do you know how many things you can make a taco out of? It's using all the possibilities instead of “What I can't have.” When you tap into the world of creativity, you realize that you have hundreds of thousands of different ingredients at your fingertips, opposed to the two to five ingredients that you cannot have. 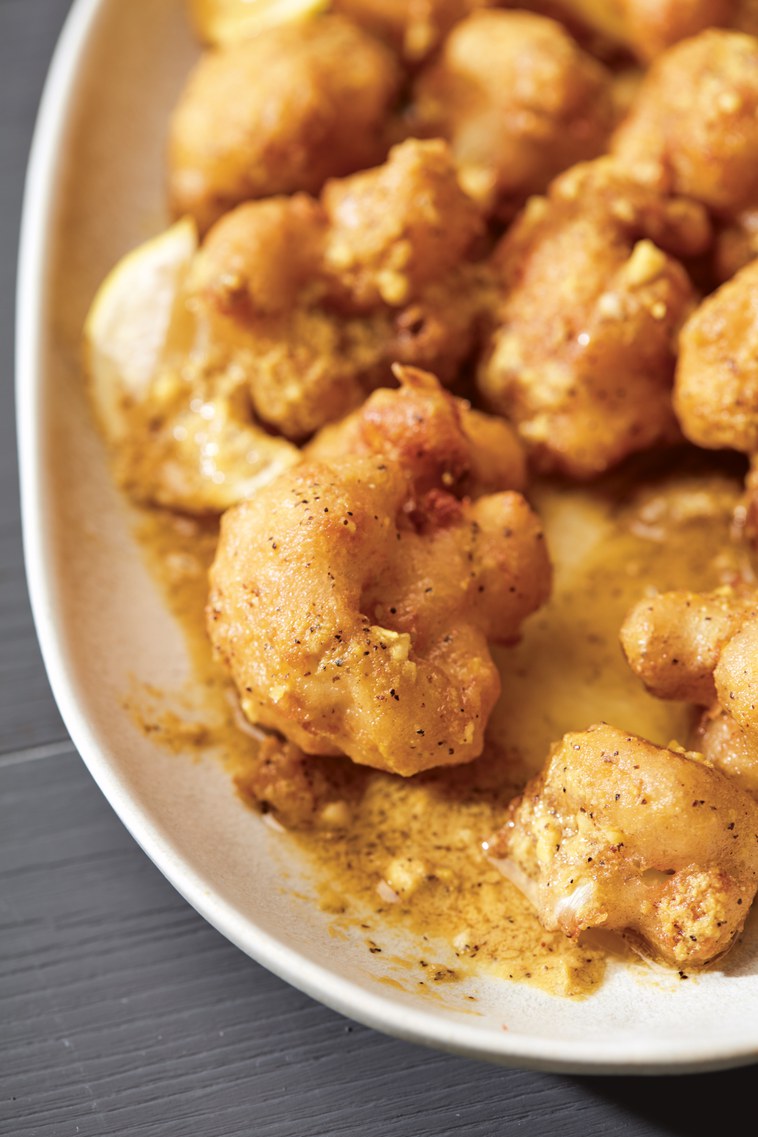 Everyone loves a chicken wing and Charity Morgan’s take is with cauliflower and a lemon-pepper twist. Photo courtesy of Clarkson Potter.

NOTE: If using a gluten-free flour blend, be sure your flour blend contains rice flour, which gives the wingz a nice crispy coating. 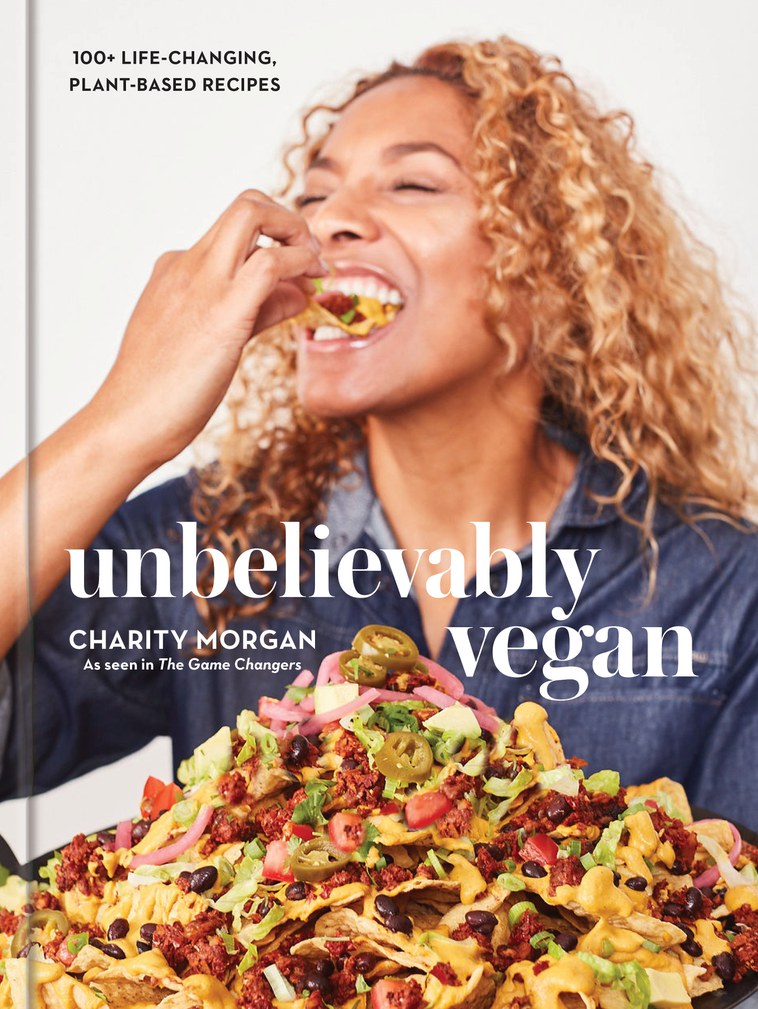 After her linebacker husband adopted a plant-based diet, chef Charity Morgan revisited her vegetarianism and then some. The result is “Unbelievably Vegan.” Photo courtesy of Clarkson Potter.