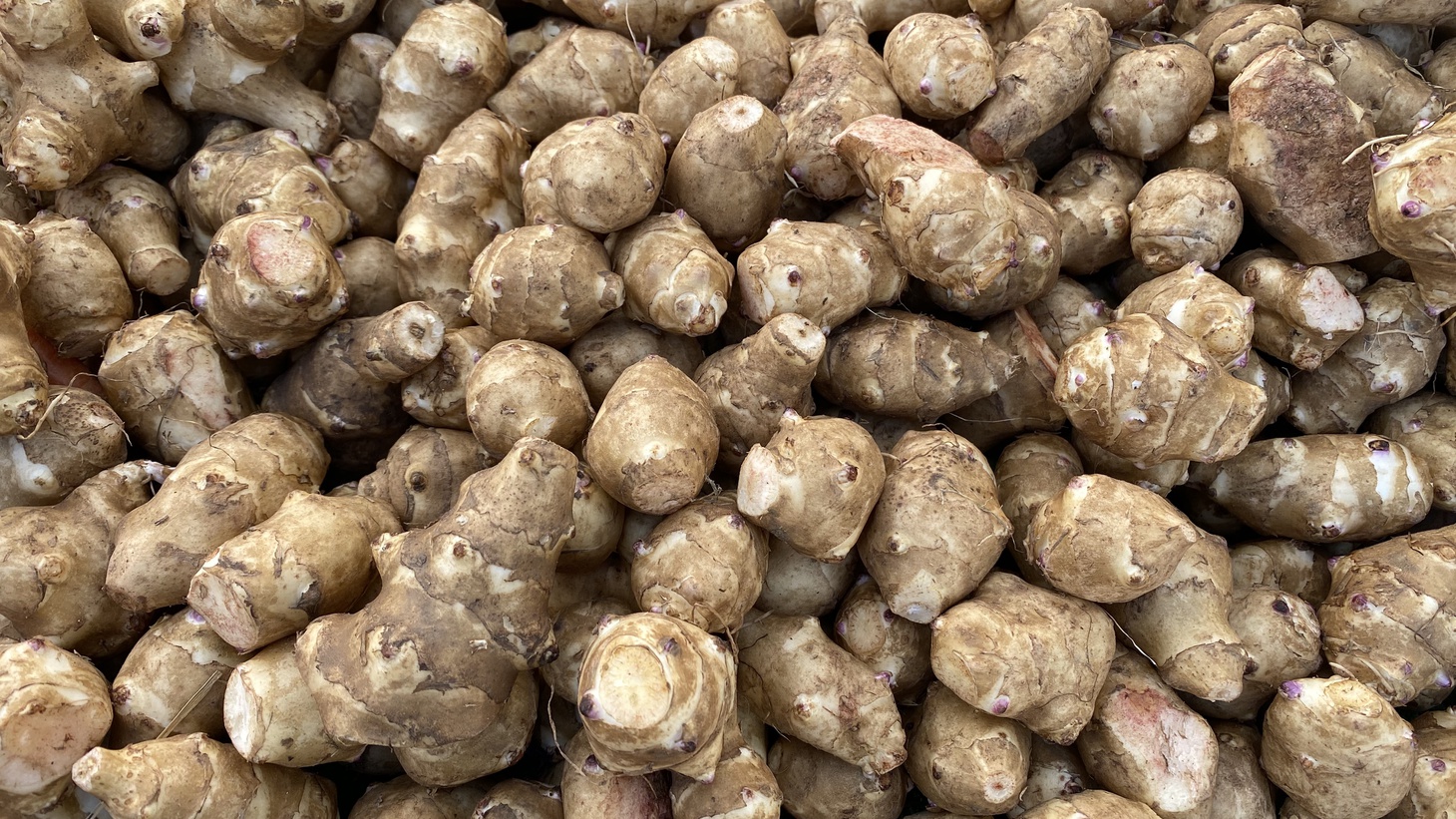 Alex Weiser likens the flavor of sunchokes to fresh jicama, cooked artichoke hearts, or sunflower seeds. They are comparable to a potato in their versatility. Photo by Tyler Boudreaux/KCRW

Sunchokes are the root and tuber of a sunflower plant. They look like ginger, but they're often called Jerusalem artichokes because of their unique flavor. Alex Weiser of Weiser Family Farms says they taste like "fresh jicama or cooked artichoke hearts or even sunflower seeds." Weiser Farms is one of the only places to find sunchokes. Jesse Furman, the culinary director of Brain Dead Studios on Fairfax, is shopping at the market for some to prepare a special sunchoke mayo he serves with roasted potatoes.

Sunchokes are very versatile and can be fried into sunchoke chips, emulsified into soup, baked, roasted, mashed — pretty much any way one would prepare a potato. But be aware — their nutty and delightful flavor has been known to create gassy experiences.