We first met Bompas & Parr when they told us about their Breathable Cocktail.  Sam Bompas and Harry Parr are artists in London who frequently work with food as a medium.  They are also known as the Jelly Mongers because of their elaborate architectural models made of jello. 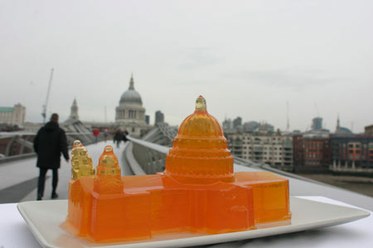 They recently partnered with Michael Cirino of A Razor a Shiny Knife and Fiona Leahy Design for the Black Banquet at the London Design Festival.  They served eight courses of black food. 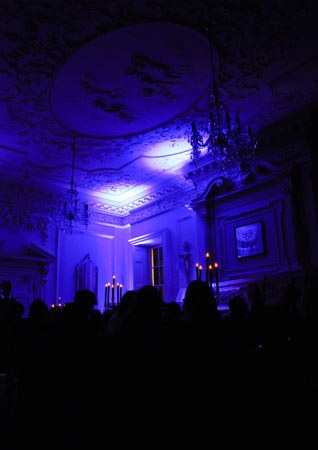 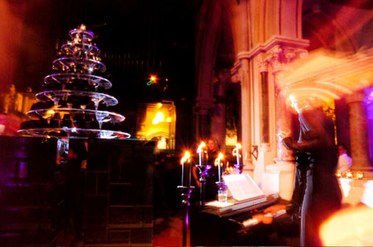 Bompas and Parr are also working on an Architectural Punchbowl.  They plan to create a punch bowl in a building.  It will be so big, that you can row a boat across it.  They have a contest, open to the public, to find a recipe for the punch.

Cybele May writes the Candy Blog . Many brands sell different flavors of American candy in other countries. For example, in Japan they have a Yuzu Kit Kat and one with...

For decades, the Montrose Chemical Corporation in Torrance was dumping DDT, which they manufactured, at PCB's into the sewer system. The chemicals ultimately flowed out to...

Gustavo Arellano is the Food Editor for the OC Weekly . He also writes the popular Ask a Mexican Column. For cuisine from the Michoacan region of Mexico, Gustavo likes...

We first met Bompas & Parr when they told us about their Breathable Cocktail . Sam Bompas and Harry Parr are artists in London who frequently work with food as a medium....

Until recently, Ruth Reichl was the Editor-in-Chief at Gourmet , the now-defunct food magazine. Publisher Conde Naste still plans on publishing cookbooks, and their most...

Pie Lab is a community space in Greensboro, Alabama where people can gather for conversation over a slice of pie. It was started by a group of designers through Project M,...

© Ediciones Malinalco Dia de los Muertos is a two-day Mexican Holiday celebrated on November 1 and 2. It's an occasion to celebrate and remember the dead. Altars are...

Zoe Nathan of Huckleberry Cafe and Rustic Canyon were at the market. She's buying apples and passion fruit. The uglier the passion fruit, the better, says Zoe. She...